For years now, wearable electronics have been limited by the lack of longevity in certain batteries they draw power from. What’s more, these clunky conventional batteries often pose safety hazard risks in the form of toxic leakage and combustion. Now, Stanford University researchers have developed a battery that’s simultaneously solid and stretchable, all while being far safer for storing power than the conventional batteries currently on the market.

Led by Chemical Engineering Professor Zhenan Bao and Materials Science Engineering Professor Yi Cui, the Stanford researchers first published their work in the Nature Communications journal, highlighting their prototype battery’s use of a special plastic polymer electrolyte characterized by “unprecedented toughness and high ionic conductivity.” Implementing a supramolecular ion conductor, this prototype’s binding material allowed for more elasticity. Hence, the research team’s thumbnail-sized battery proved extremely effective as a solid, malleable, and highly capable conveyor of electric charge. On top of that, laboratory tests revealed that the battery’s experimental design delivered a consistent power output, no matter what shape or size it was squeezed, folded, or stretched into.

By contrast, conventional lithium-ion batteries — which power electric cars, grid-level storage, and personal electronics — tend to utilize combustible liquid electrolytes, or flowable gels. Their highly flammable nature commonly leads them to leak or catch fire, making them “culpable for the majority of recent catastrophic battery fires.” These disadvantages have to be addressed to meet the performance demands of today’s wearable technology, and to ensure the safety of its many users.

The Stanford team’s thumbnail-sized prototype overcomes these challenges and is already expected to transform the wearable electronics experience, especially when it comes to products that interface directly with the human body. As the team notes in their Nature Communications piece, “The method reported here of decoupling ionic conductivity form mechanical properties opens a promising route to create high-toughness ion transport materials for energy storage applications.” 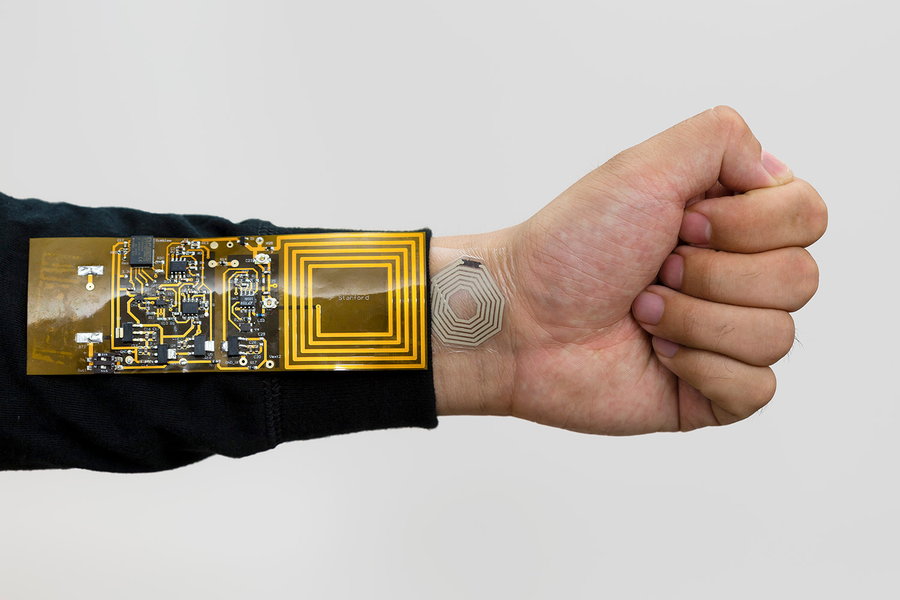 As Bao explained further: “Until now, we haven’t had a power source that could stretch and bend the way our bodies do, so that we can design electronics that people can comfortably wear.”

Another anticipated application of Stanford’s stretchable battery is its future development as a power source for health-monitoring sensors. Such sensors are designed to stickily cling to the skin as a means of tracking heart rate, respiration, temperature, and other vital signs. Bao’s own BodyNet wearable technology, for instance, makes extensive use of adhesive sensors to pick up physiological indicators or signals emanating from the wearer’s dermal and epidermal skin layers. These signals are then wirelessly transmitted as health readings to a receiver. 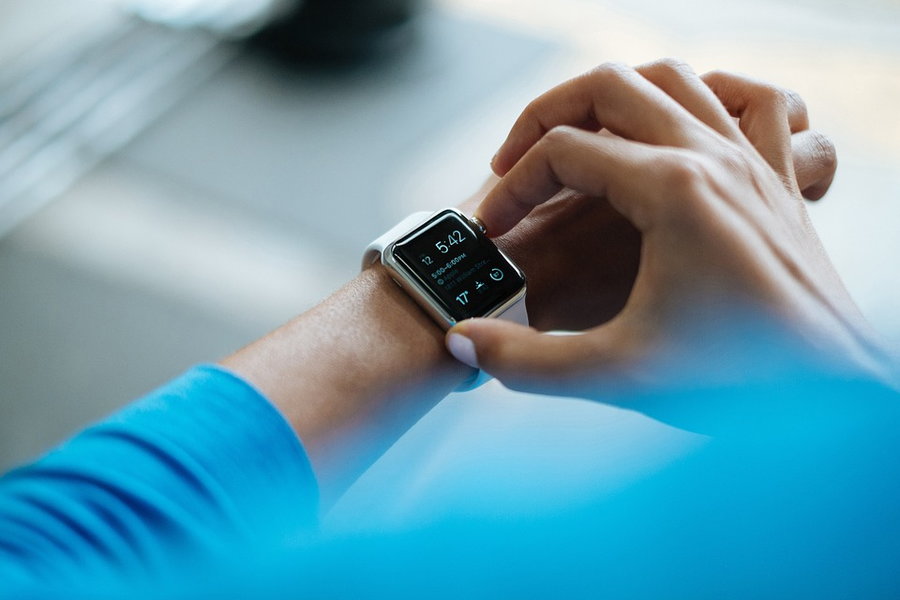