What would the world look like if we approached architecture as living, growing structures that should actively evolve over time? Instead of demolishing existing buildings, we could adapt them for new uses and expectations, no matter their humble beginnings. Two young architects got to demonstrate what that could look like with their own Melbourne home, which started as a long, narrow 20th-century worker’s cottage. When Asha Nicholas and Chris Stanley of Splinter Society first bought the home in 2005, it was much too small for the family they would eventually have, so they got to work experimentally adapting it to both their needs and their tastes. 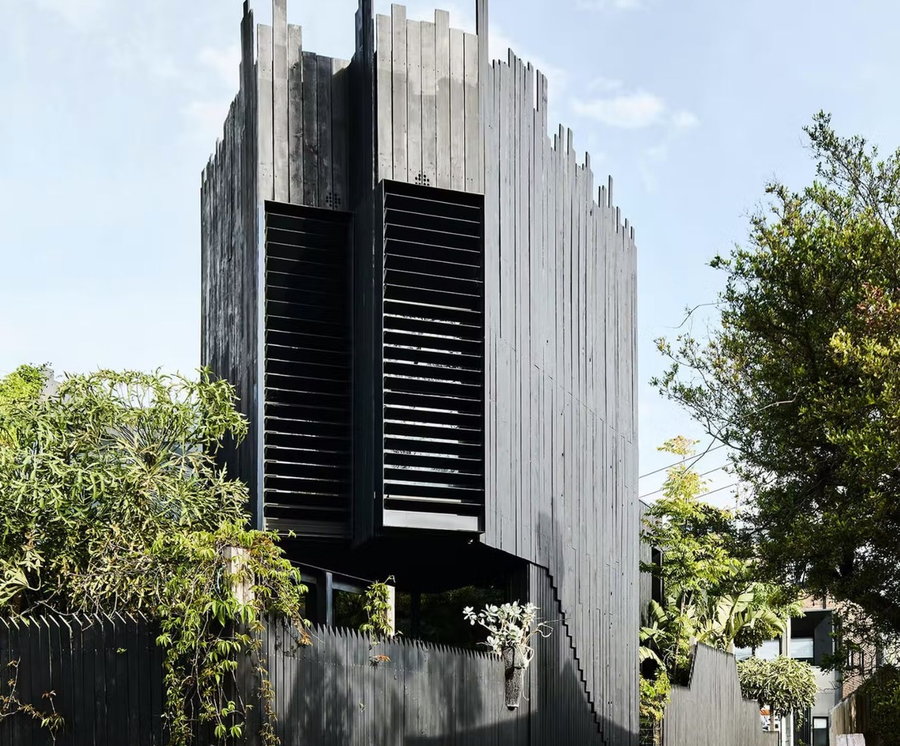 Nicholas and Stanley spent every weekend working on the house over the course of 15 years, making use of found and recycled materials and allowing their plans to grow and change as they went. Today, the home looks nothing like the cottage it once was, or like any other house on the street. It’s entirely unique. And while the jagged black exterior isn’t for everyone, it suits them perfectly, and it’s more welcoming inside than you might imagine. 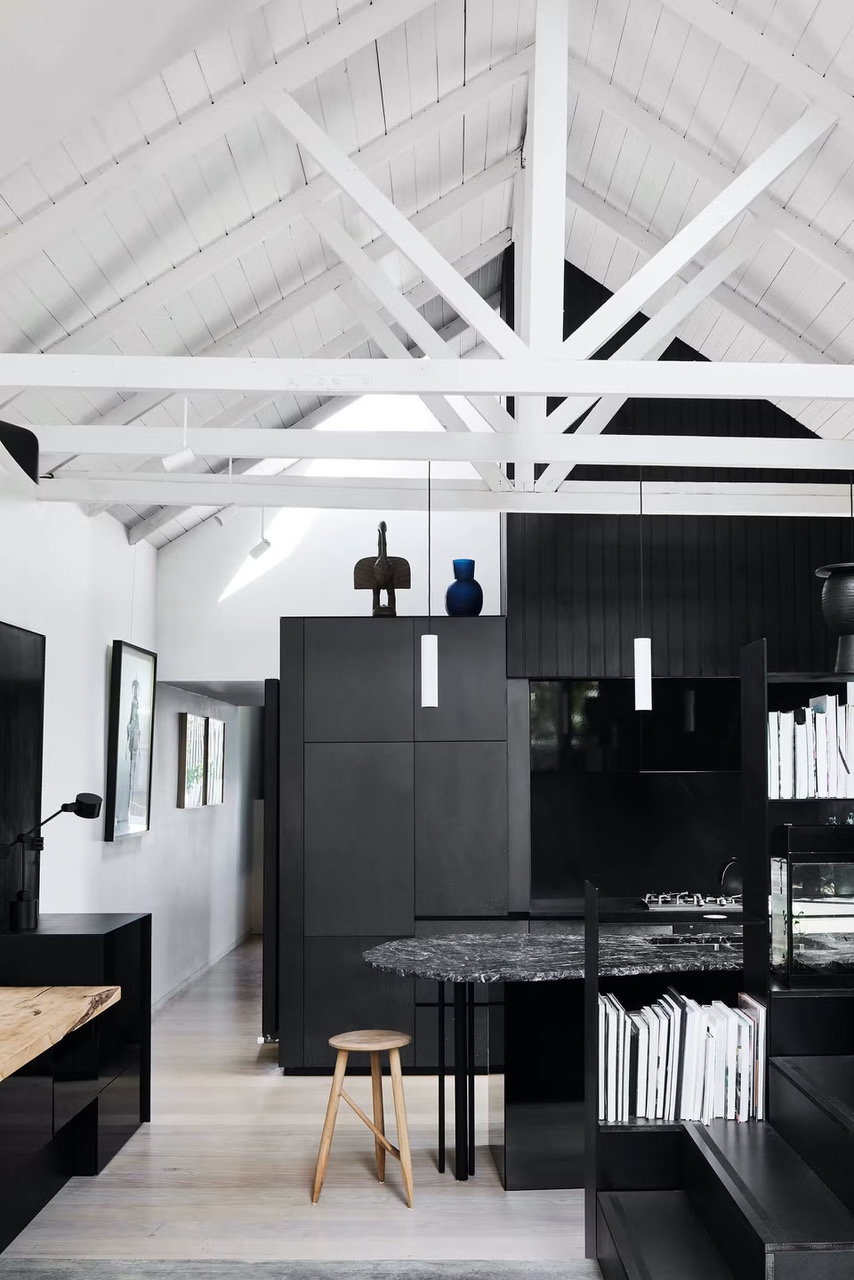 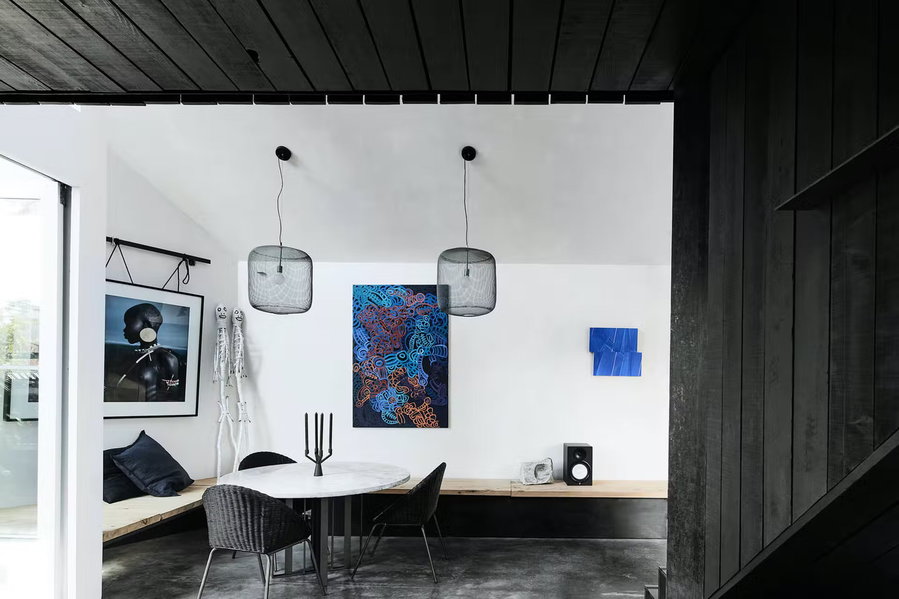 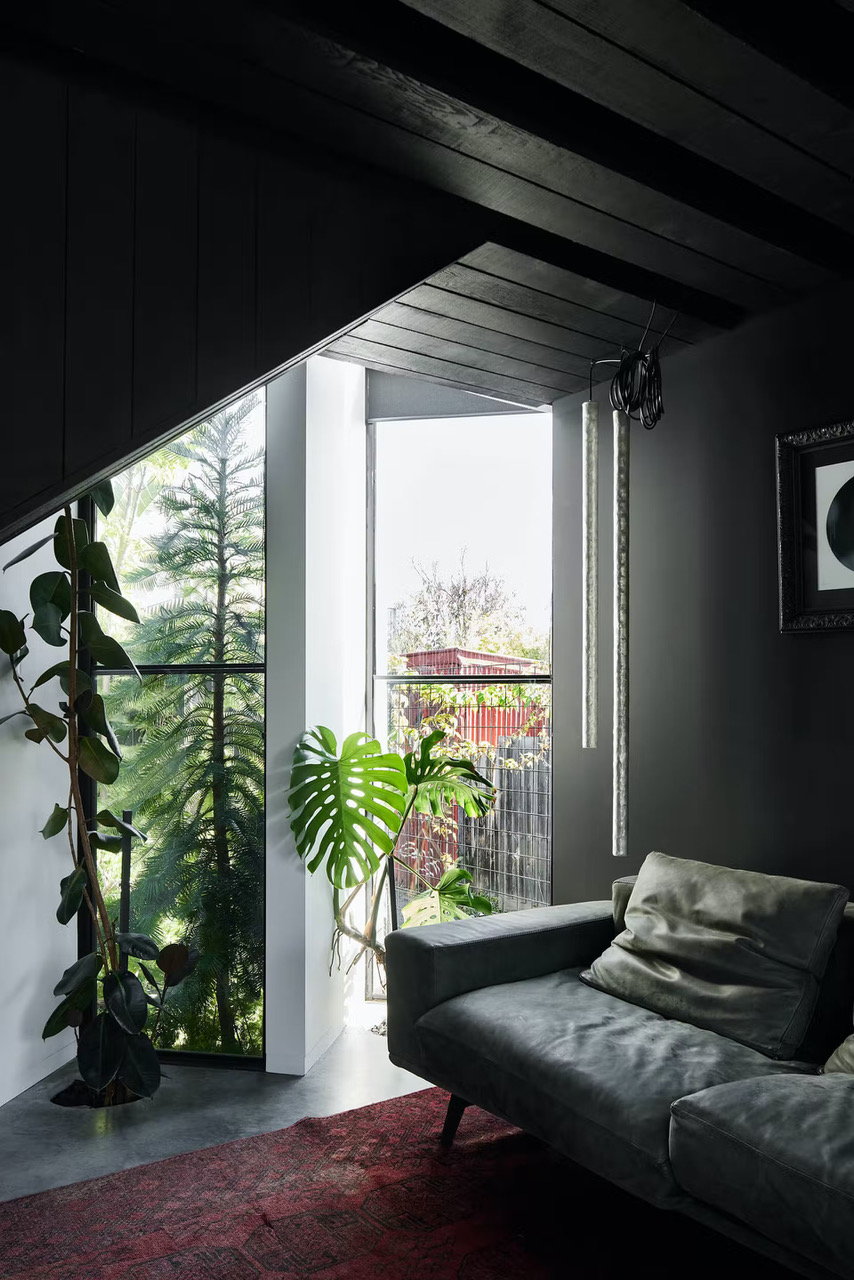 “We changed so much from when we started at the age of 25 to when we finished at the age of 40,” Stanley told Dwell. “By being hands on and playing around with ideas, we came up with a lot of stuff that we wouldn’t have if we were sitting at the drawing board and pushing to get things done quickly. And, as young architects, getting your hands dirty is the best way to learn.” 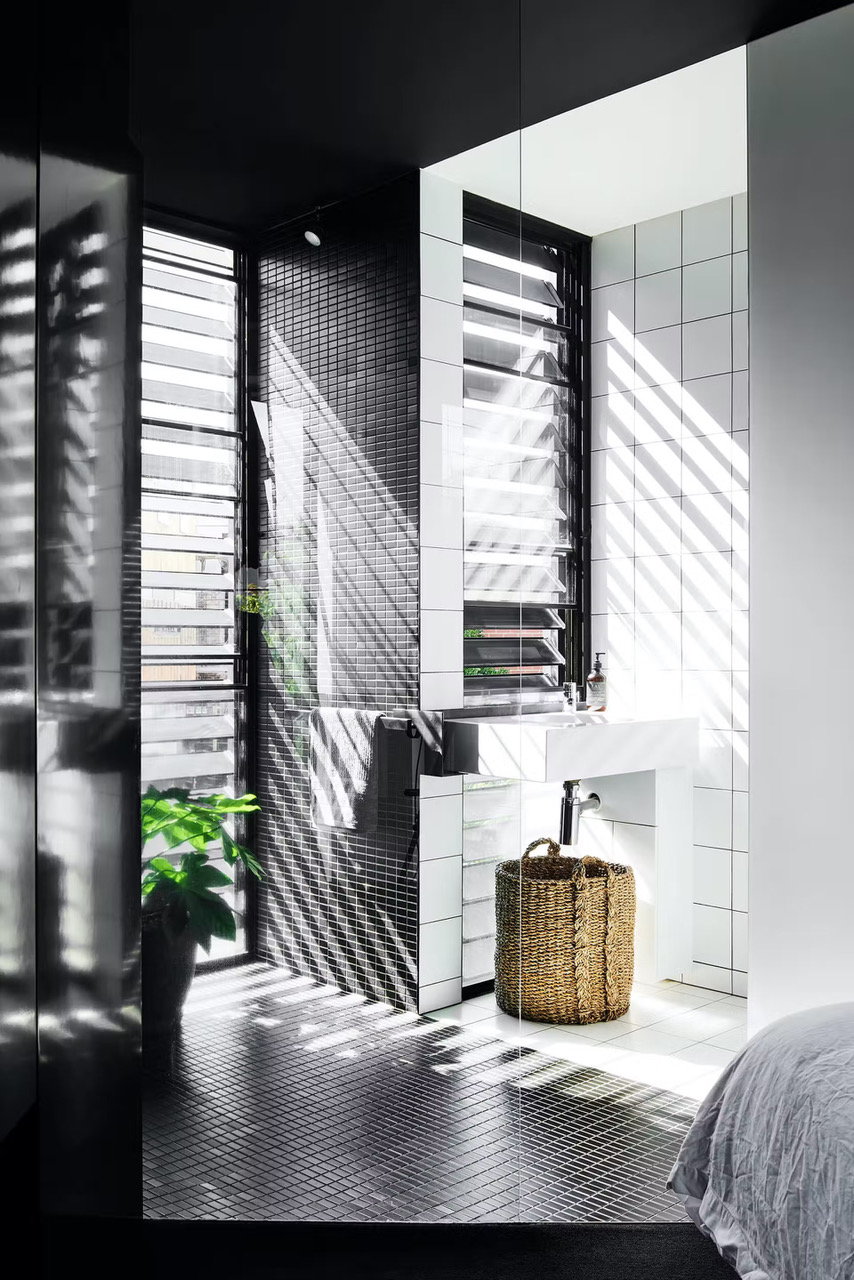 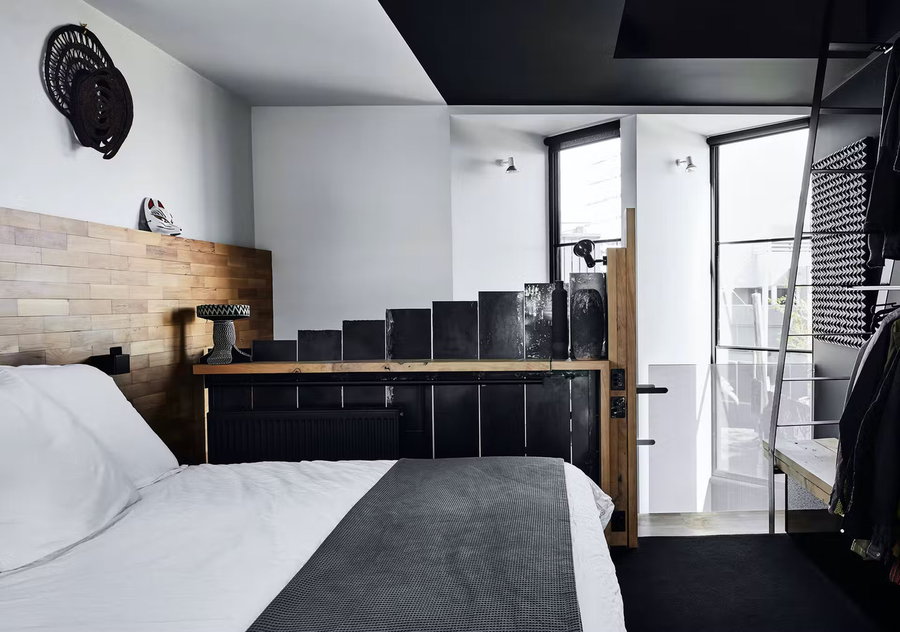 Collecting materials from warehouses and country yard sales, the couple began adding vertical exterior cladding made of Oregon timber beams. They staggered the heights of each board to mimic the way a city skyline rises and falls. It also extends higher than the actual roofline, providing enough privacy for a rooftop bath. They kept the gabled form and scale of the original home but opened and expanded it, creating new nooks and crannies both inside and out. The gable shape is echoed with a pergola on the rear facade. Zig-zag shapes along the exterior walls create space for large expanses of windows without sacrificing privacy. 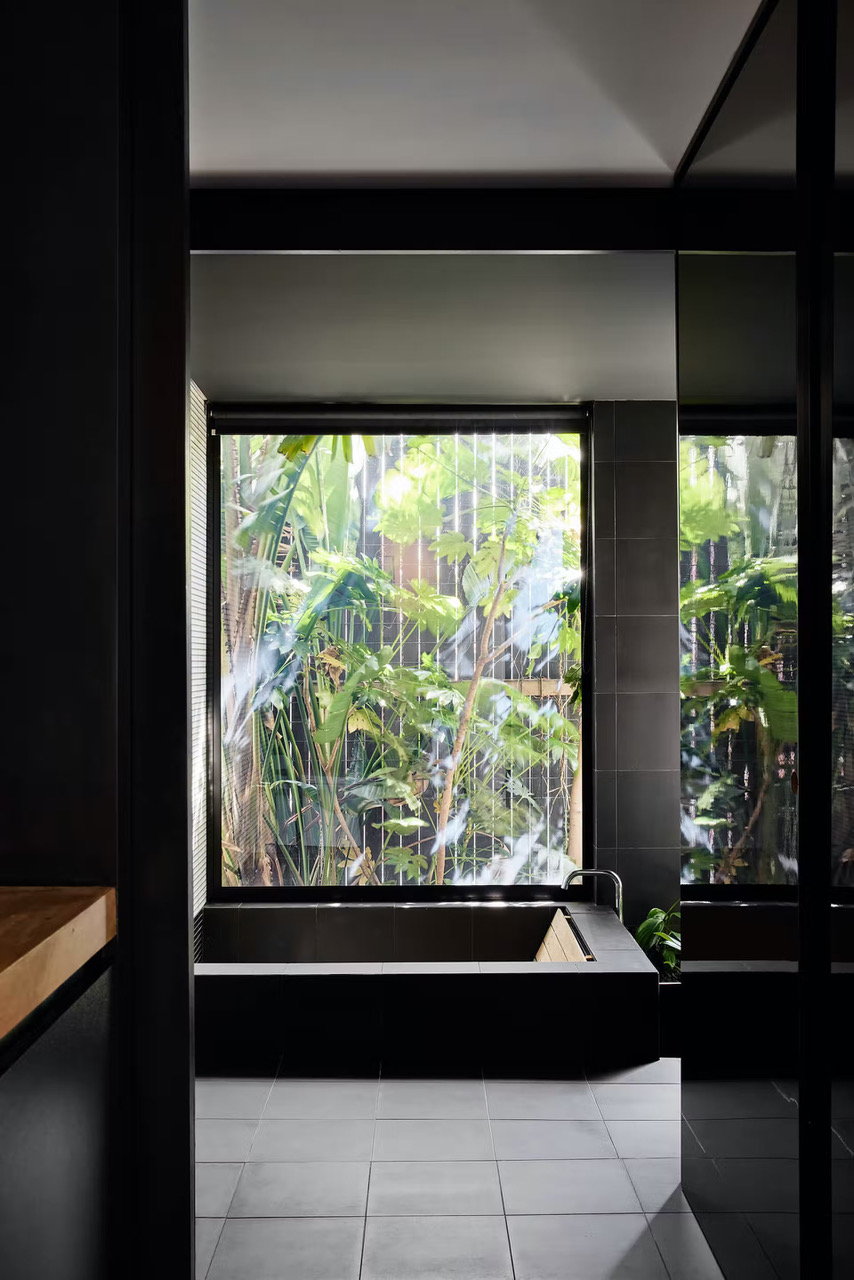 Inside, the jagged black motif is repeated, and black is used to anchor many interior elements within an airy, light-filled space that’s otherwise painted white. This color palette, plus the incorporation of materials like a welded steel framework to which they attach elements like hammocks, gives the former cottage an industrial feel. Over the years, some mezzanine areas that were open have been partially enclosed to create newly private rooms, while low ceilings were eliminated. But the entire home maintains an open traffic pattern, with most rooms, including bathrooms, flowing into each other without doors. 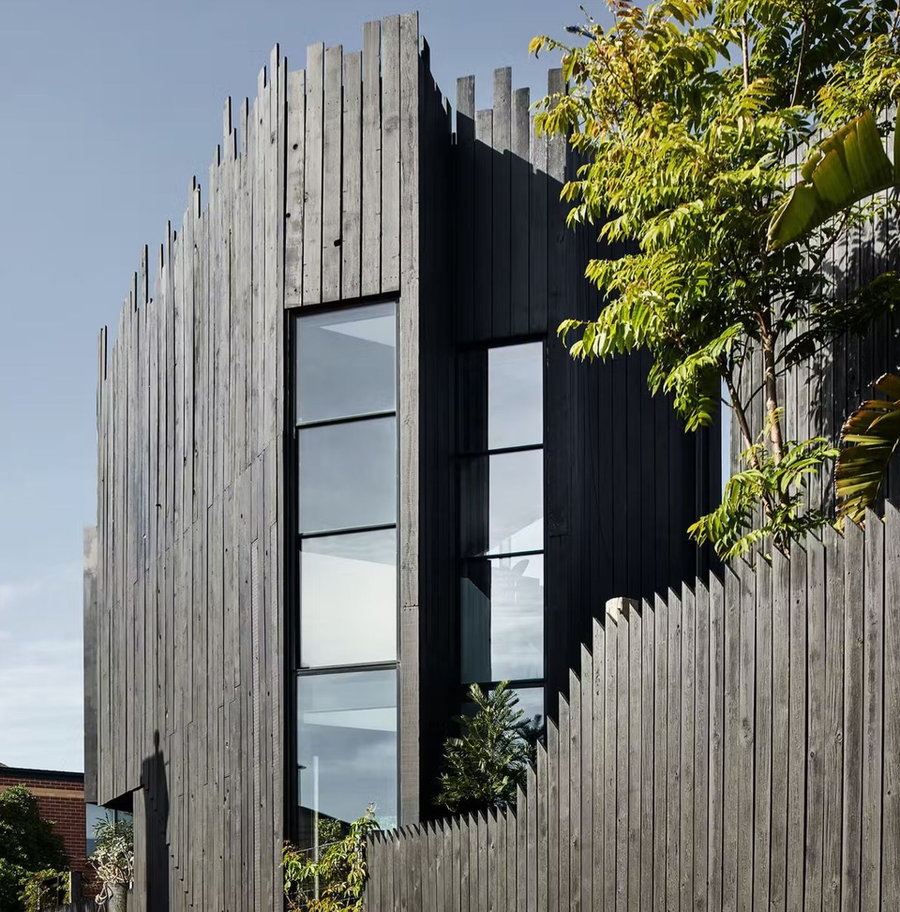 Believe it or not, after all that, the couple decided they were ready for something new altogether. They put their one-of-a-kind home on the market and purchased a new property on the same street in order to start their creative process all over again.