Evidence of the reality of climate change is all around us, but so far, there’s been relatively little momentum to address it. After all, it’s easy to feel bogged down by all the bad news, focusing on our fears of what could happen as a result. But what if we put our collective energy into imagining and building a better future instead? When we envision a new reality, fleshing out its details and rendering it in physical form, we illustrate what it could look like to the people around us, breathing life into it. Suddenly, what might have felt like a vague dream before seems achievable. 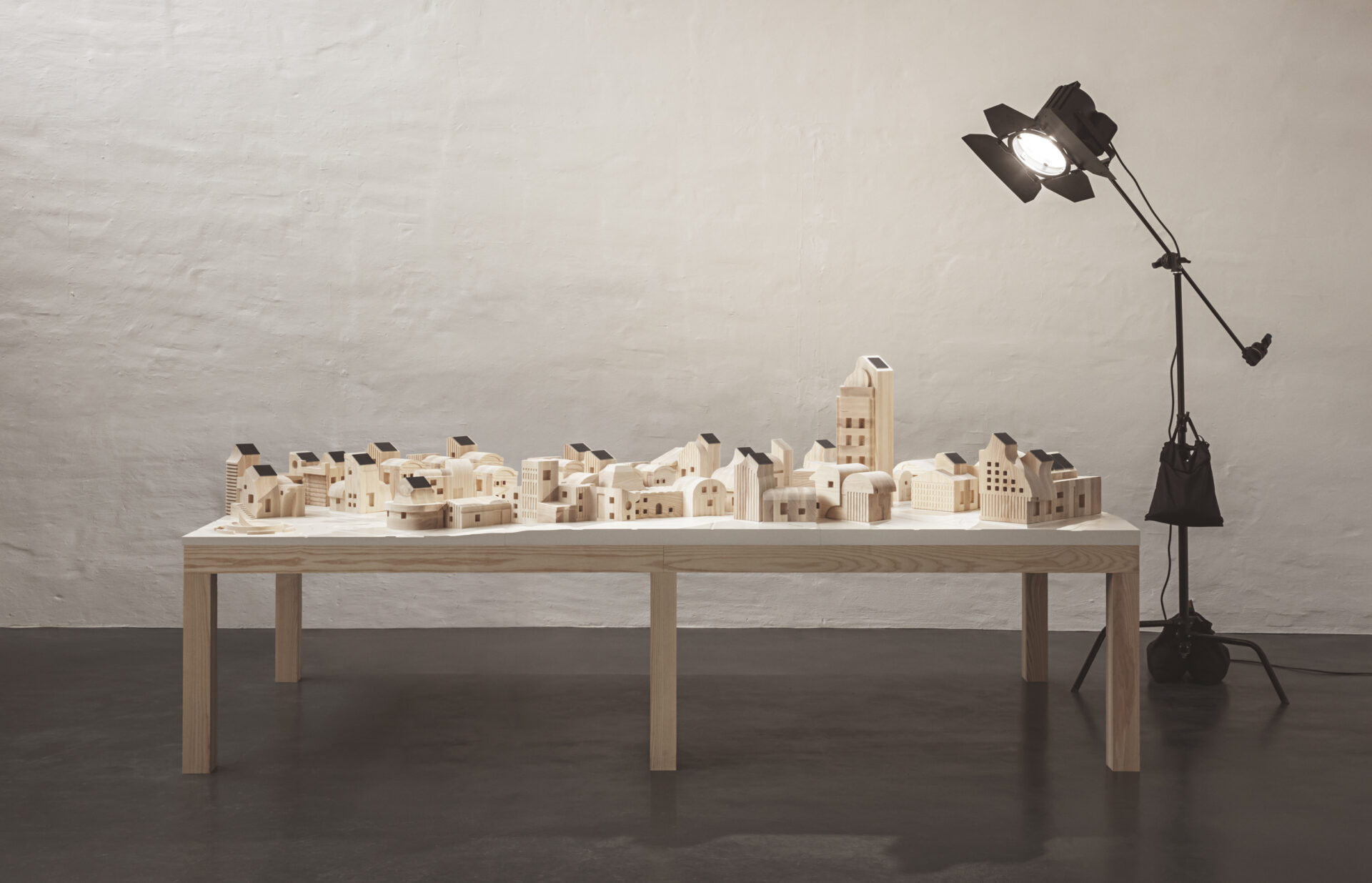 IKEA’s SPACE10 research lab hopes to inspire this kind of response to the idea of solar-powered communities with SolarVille: a working prototype of a miniature neighborhood that democratizes access to clean energy. In this 1:50 scale model, some houses generate their own renewable energy using solar panels, while others purchase the excess electricity they produce in automatic transactions using blockchain technology.

“The result is a model of a self-sufficient, community-driven microgram where people trade renewable, affordable energy from one another according to their individual needs,” the lab explains. 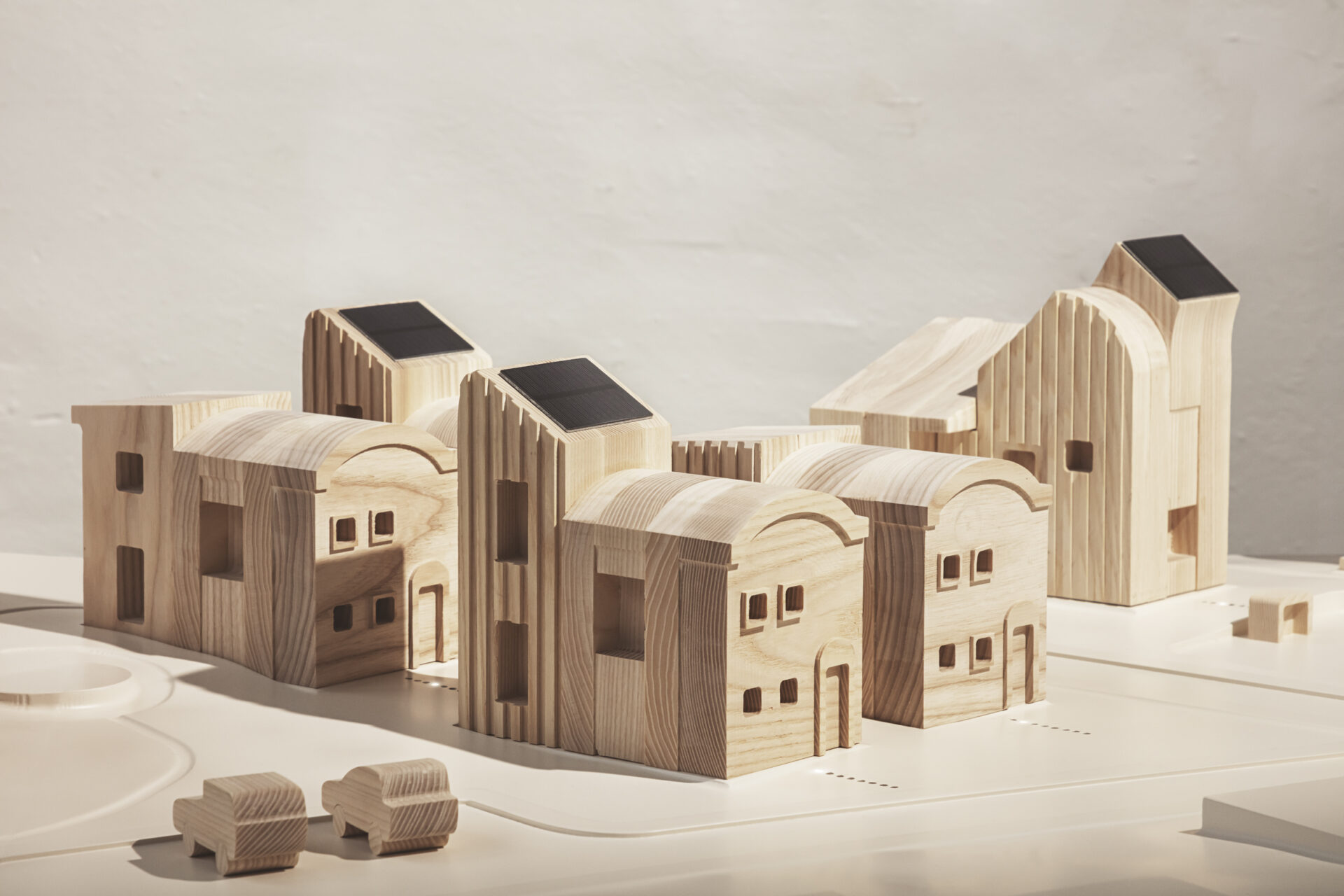 “Around 1.1 billion people around the world still have little or no access to electricity. It’s an almost impossibly expensive task to reach these people with the centralized energy networks we have in place today, often because they’re too slow and economically adequate to reach those locked in energy poverty. SolarVille aims to showcase that, when combined, technologies such as solar panels, micro-grids, and blockchain open new opportunities for off-grid systems — allowing people to leapfrog traditional grid electricity.”

You can see how all of this might be abstract and difficult to understand for people who aren’t familiar with clean energy. But SPACE10’s miniature village lays it all out in the form of childlike wooden buildings, some of which have been topped with solar panels to share their energy outputs with the rest of the community. Designed by architecture practice SachsNottveit, SolarVille demonstrates the process using small LED lights that show all the electricity traded in real time. You can even lift a hatch on the side of the table to peek at Bloc’s underlying blockchain technology. 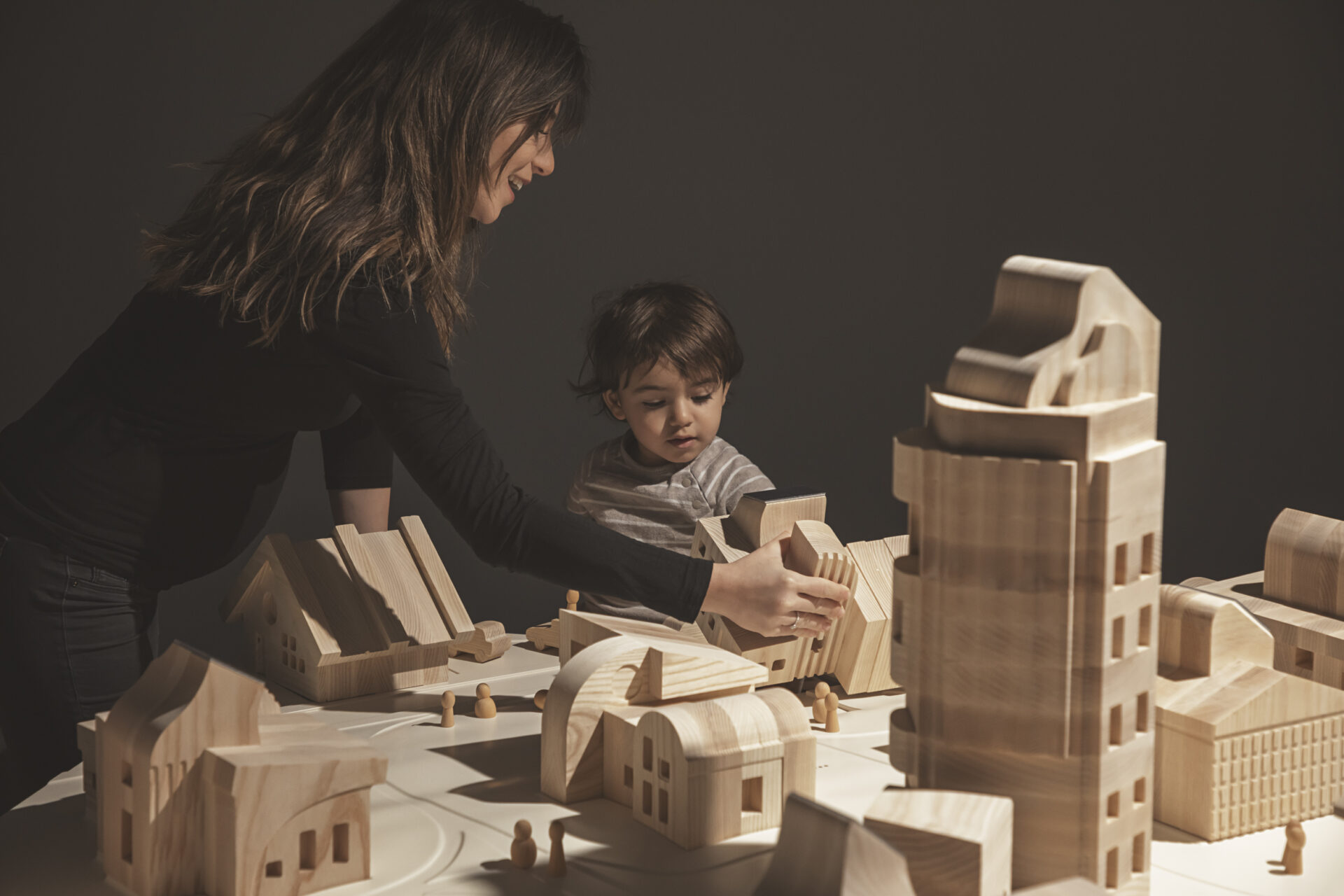 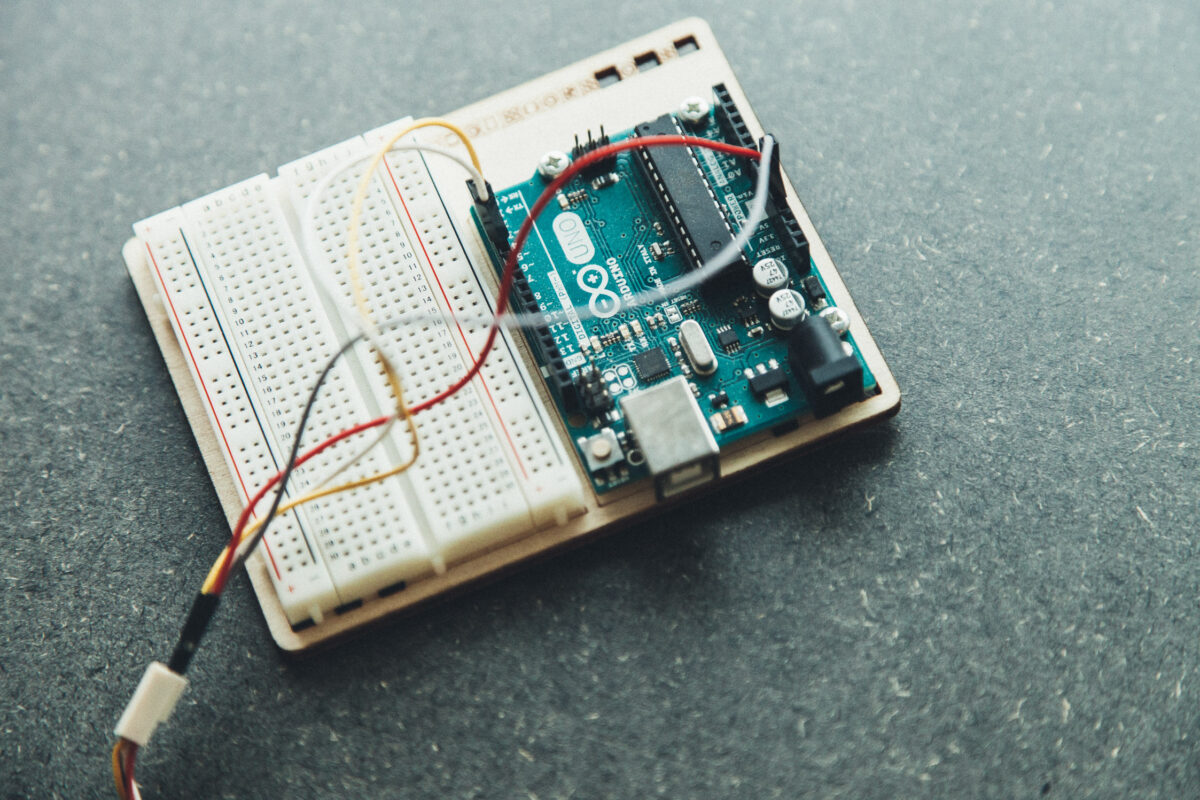 SPACE10 says the model could be replicated in real life, too, noting that sunshine is free and plentiful and that the cost of solar panels is more affordable than ever before. Once the solar panels are installed, the energy is stored using batteries or potentially turned into hydrogen later on. Wires connect each household in the neighborhood to a micro-grid that distributes the power, and the entire system is regulated with blockchain technology, which verifies and records each transaction.

It may not look like much at first glance, but “SolarVille” has the potential to make solar-powered communities feel a lot more accessible, which motivates more people to participate. Plus, IKEA is already working to bring affordable solar panels to cities around the world. The mega-retailer already sells solar panel kits in the U.K., and a segment of the business called Ingka that runs IKEA stores in 30 countries has pledged to bring affordable solar power to all of its markets by 2025. 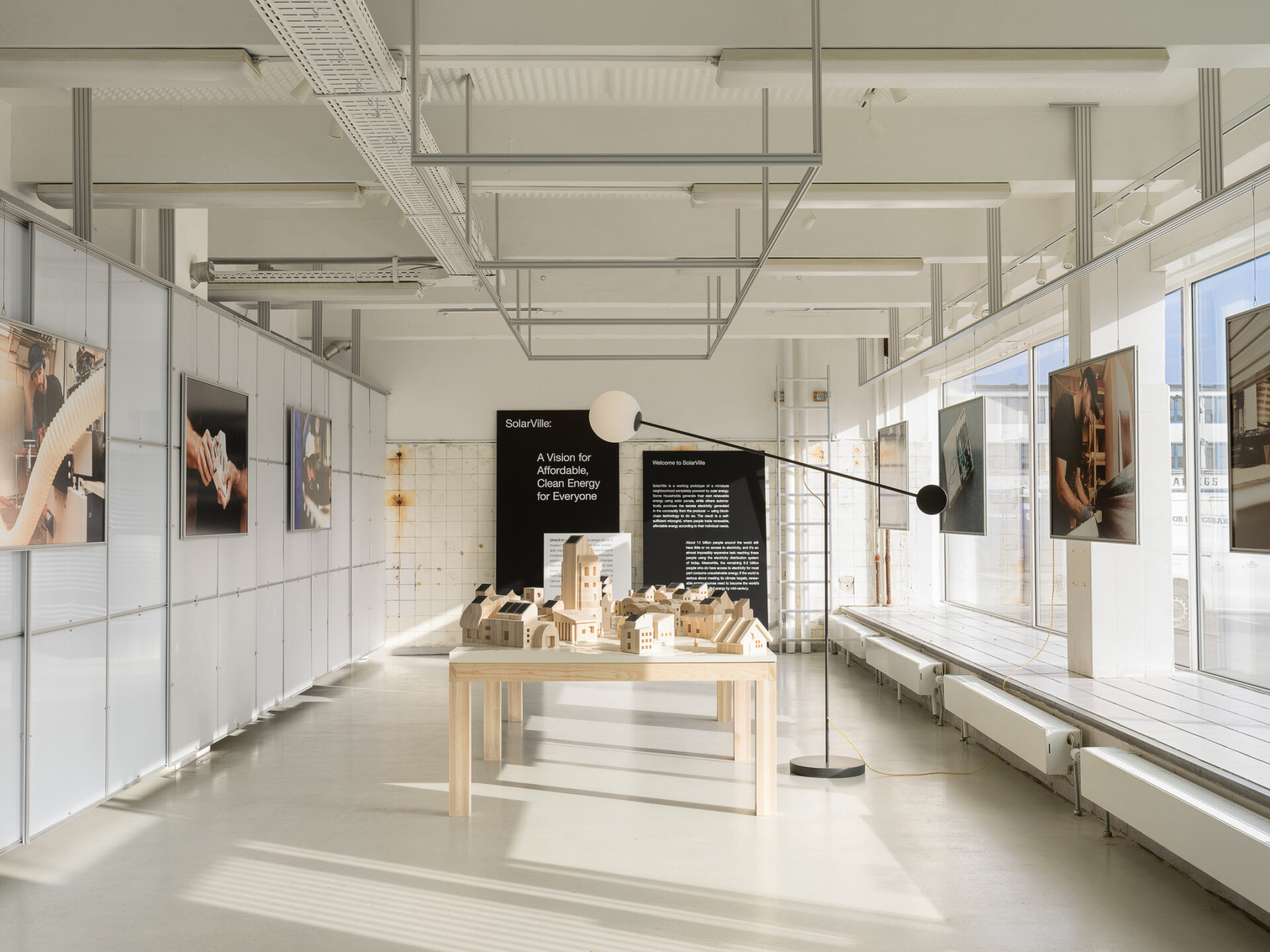 While SPACE10 focuses on the possibility of bringing this technology to communities that currently have little access to electricity at all, it’s easy to see how it could translate to our own neighborhoods. What stands in the way at that point is most likely bureaucracy in the form of utility company lobbyists, but hey — let’s take this one step at a time.

“All of these steps are possible to take today. SolarVille demonstrates this. The biggest selling point? When you buy energy from your community, the money stays in the community. It’s power to the people in the purest form.”