Luxury fashion house Versace claims the head of Medusa, the frighteningly powerful creature from Greek mythology, as its main logo. Company founder Gianni Versace chose it because the snake-haired femme fatale had the ability to make men fall hopelessly in love with her, and the designer hoped his clothing lines would have the same effect on his customers. 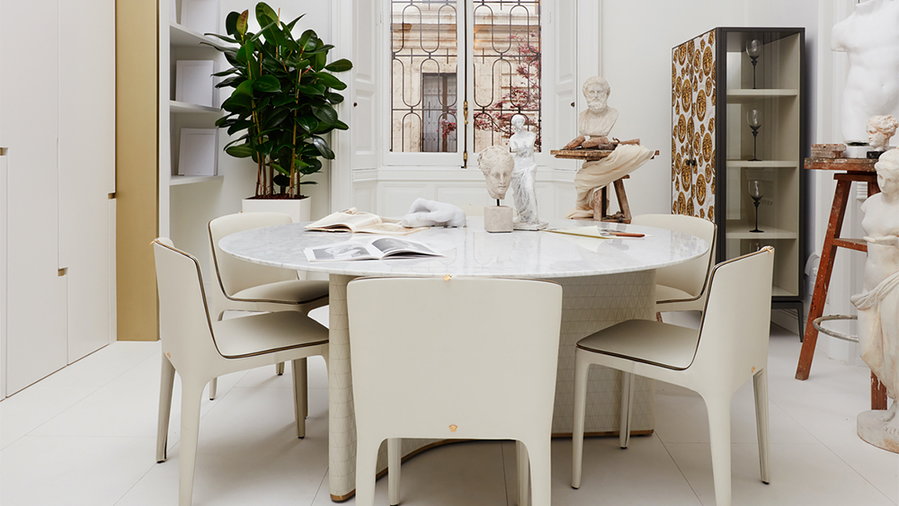 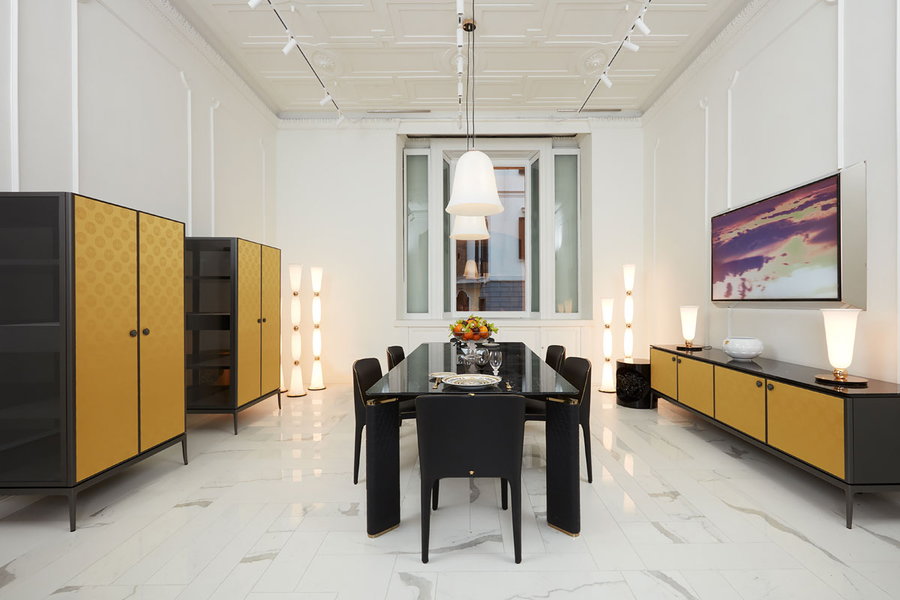 That iconic logo is emblazoned all over the new Versace Home flagship store, and with the same sought-after style, visitors will likely be bewitched all over again – this time by the brand’s furniture and decor offerings. 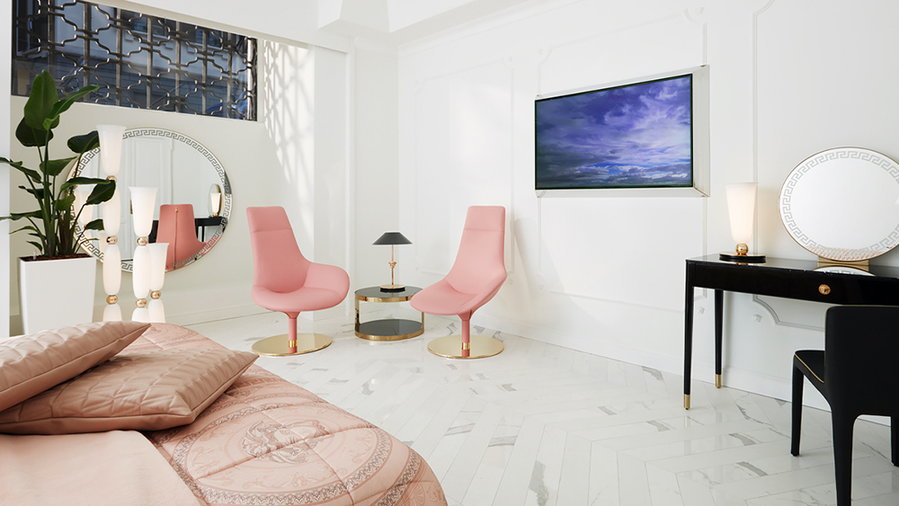 Located in the heart of Milan’s “design street,” Via Durini, the new retail edifice was designed by Italian atelier Vudafieri Saverino Partners to look and feel like a real residence. During Milan Design Week 2021, Versace Home’s Vice President of Licensing Brenda Brasso said that the showroom facilitated a unique shopping experience where “you don’t feel like you are entering a furniture store, it’s like walking into a luxurious home.” 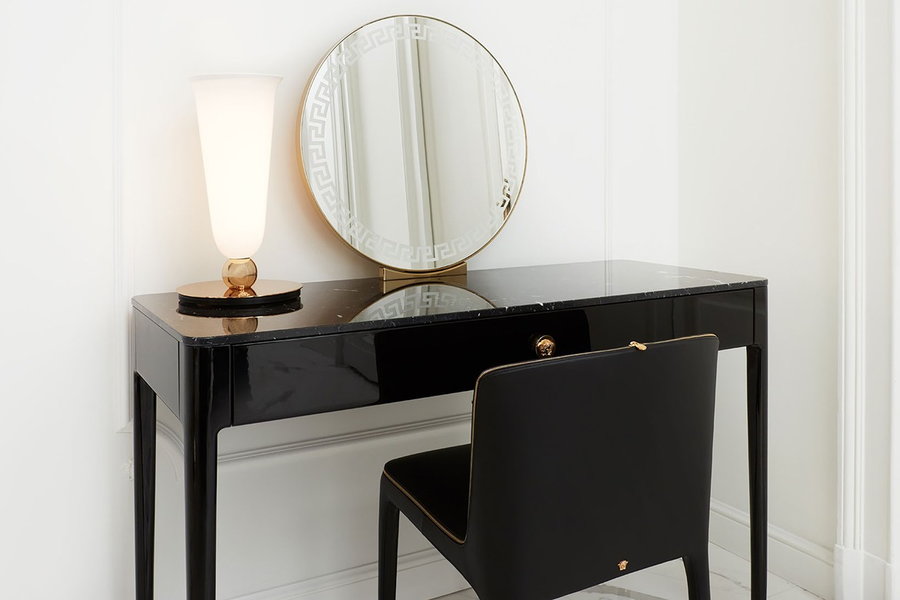 The scale of the project is in keeping with something the late designer once said: “Comfort is very important to me. I think people live better in big houses and in big clothes.” Its massive 5,400 square feet of real estate boasts multiple bedrooms, living rooms, dining areas, an entrance hall, and even a garden courtyard all dressed in Versace furniture and designs from floor to ceiling.

Although primarily famous for its upscale ready-to-wear clothing and leather accessories, Versace has been in the home decor market since 1978, creating savvy furnishings for homes and hotels in the four decades since. 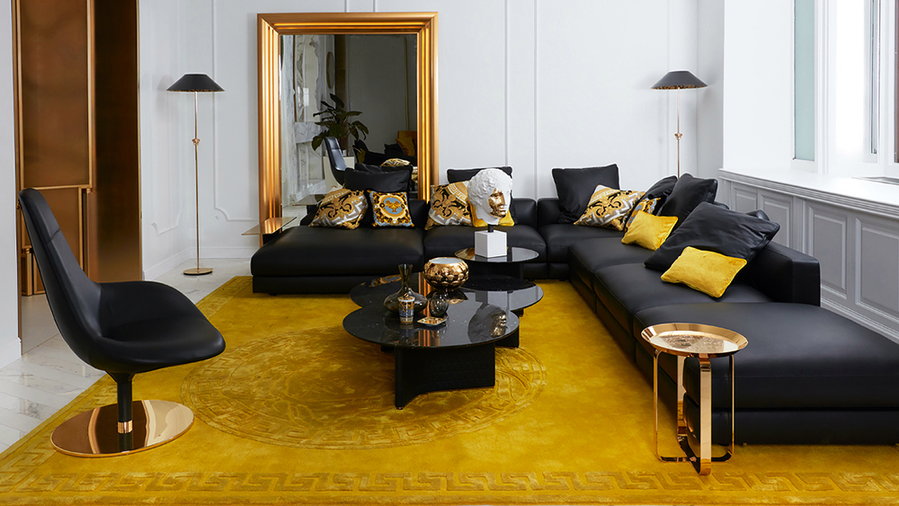 Launched in partnership with Italian interior design firm Interni Spa, the new Home store is laced with the Greco-Roman themes associated with Versace, with Greek busts and key patterns in almost every room. The iconic yellow, black, and white color scheme also takes center stage. The gold leaf motif synonymous with the brand is featured on accent pillows and bedding throughout the store, recalling another Gianni Versace quote: “Glamour is back, but with a minimalist touch.” 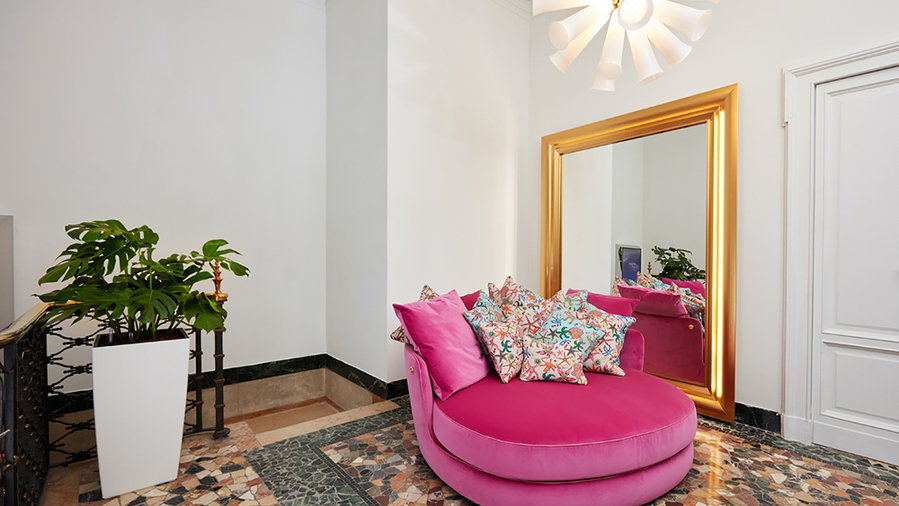 For the opening, the concept home is highlighting the company’s latest furniture collection, designed in collaboration with furniture-maker Lifestyle Design. That includes the new Venus chair, an asymmetrical ode to Versace’s leather fashion complete with a gold zipper running up the back. It’s featured in the store in shades of pink, red, and black. 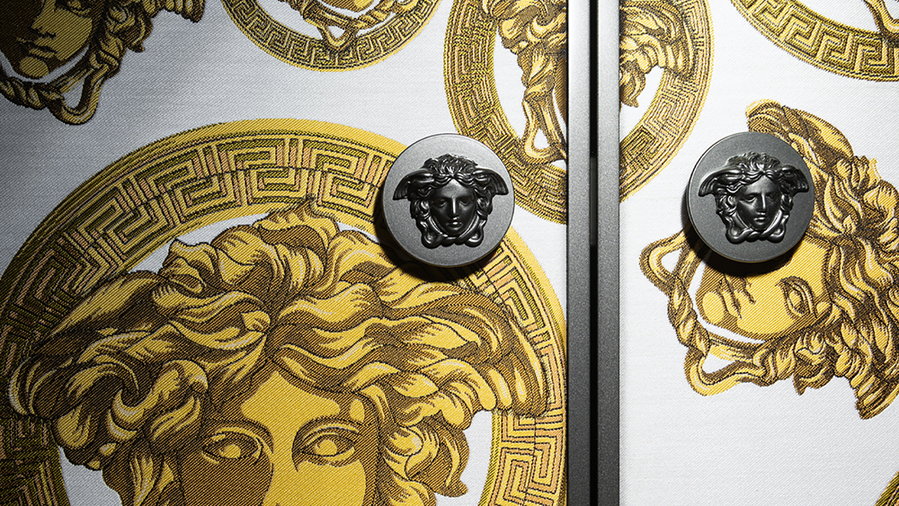 The Stiletto cabinet is another new addition, with door faces that can be covered in either a vibrant sea star and shell motif or the Versace Medusa logo in black and gold. 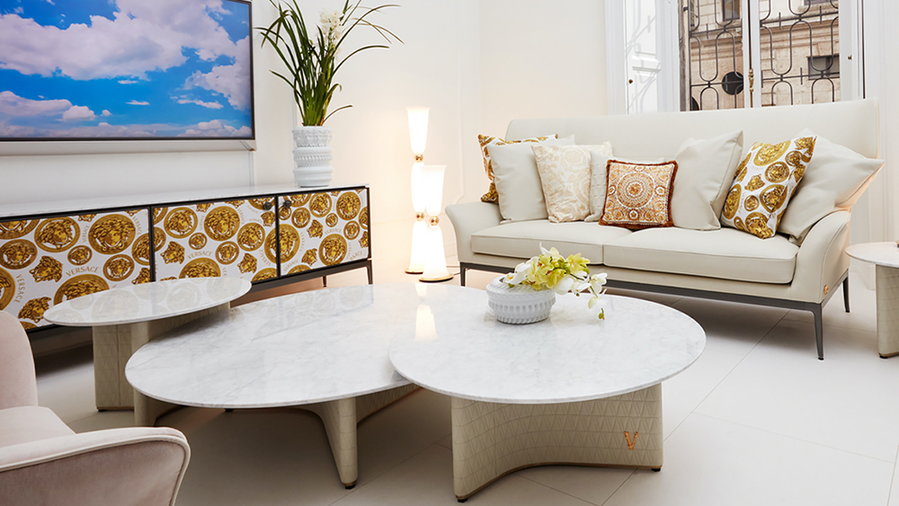 In one sitting room, the new Goddess sofa gets prominent exposure. With both black and white options, its tall-fluted backing is striking to say the least. 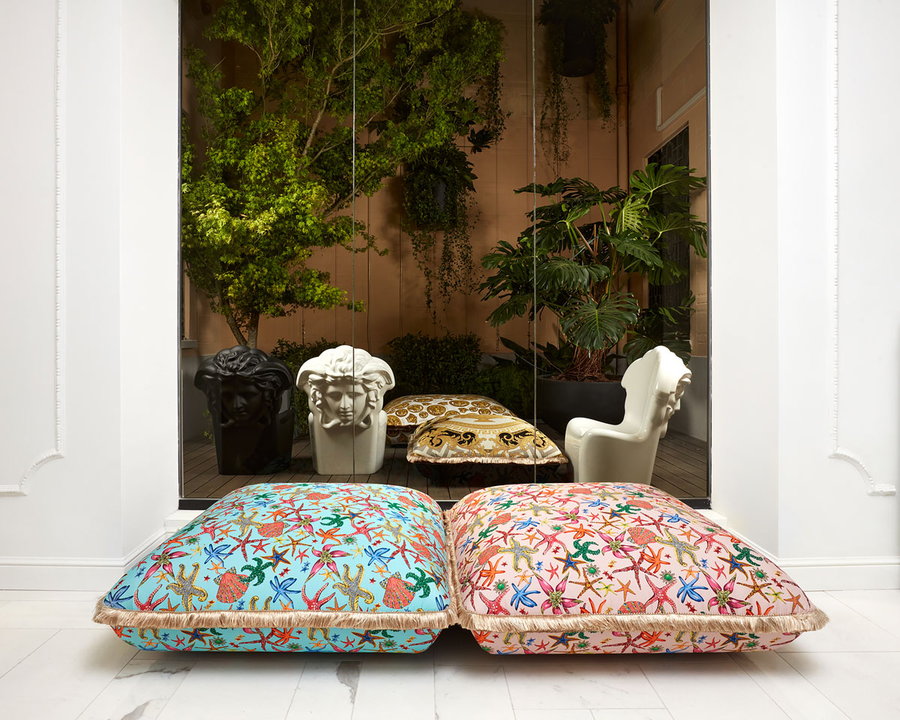 More stylistic details add art and opulence to the space. Instead of curtains, most of the windows in the Home store get a decorative metal grate treatment, hinting at Versace’s bold experimentation with textures. Glass doors lead out to an enclosed courtyard where lush palm fronds shade the giant Versace-print floor cushions and stone seats adorned with sculpted Medusa heads. 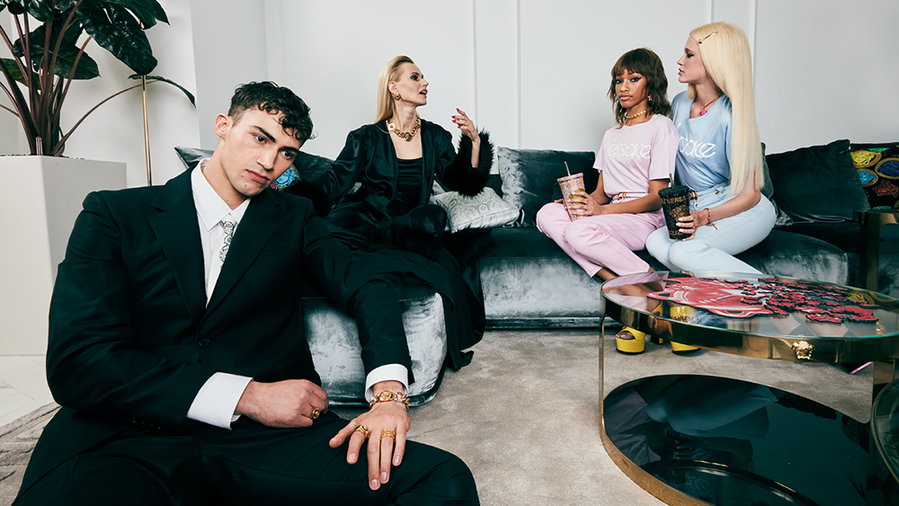 Basso told WWD that the Milan store is the first of at least six planned Versace Home sites. She said that later this year “a unit will open in London and possibly in Miami to coincide with Art Basel in December, followed by Paris next year, then Los Angeles and New York.”