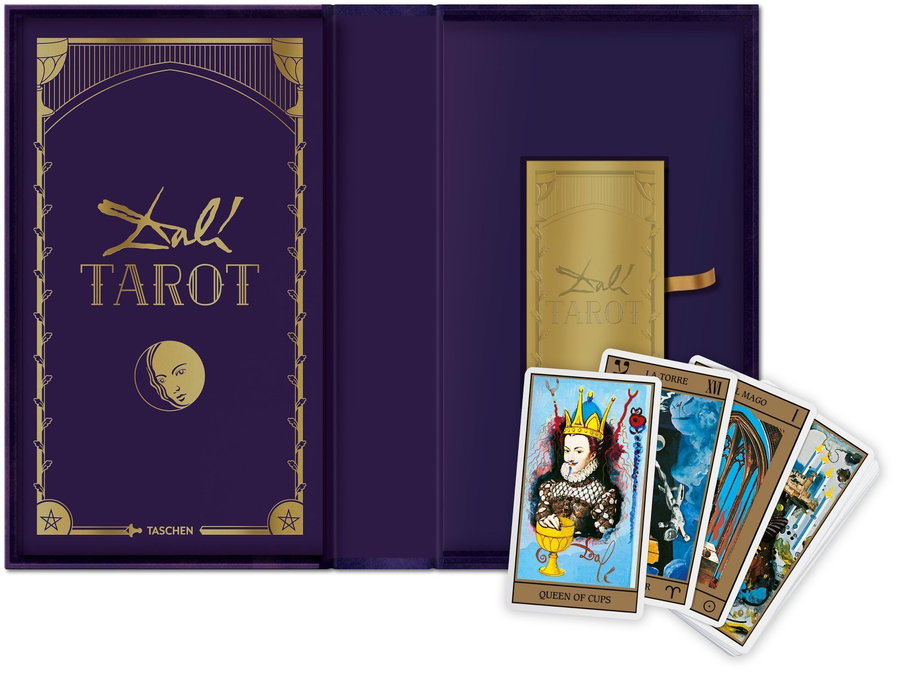 But Dalí’s impact on pop culture is even larger than you might realize. He also designed the Chupa Chups logo, filmed commercials for chocolates, appeared on game shows, and created a special deck of tarot cards for the James Bond movie Live and Let Die.

That deck ultimately didn’t appear in the film, reportedly due to Dalí’s high fees. But he kept working on them for a decade afterward, finishing them just five years before his death in 1989. They were first published in 1984, and for a long time, the limited edition decks were almost impossible to find. Now, art book publisher Taschen has re-released them as a full 78-card set accompanied by a book by German author Johannes Fiebig. 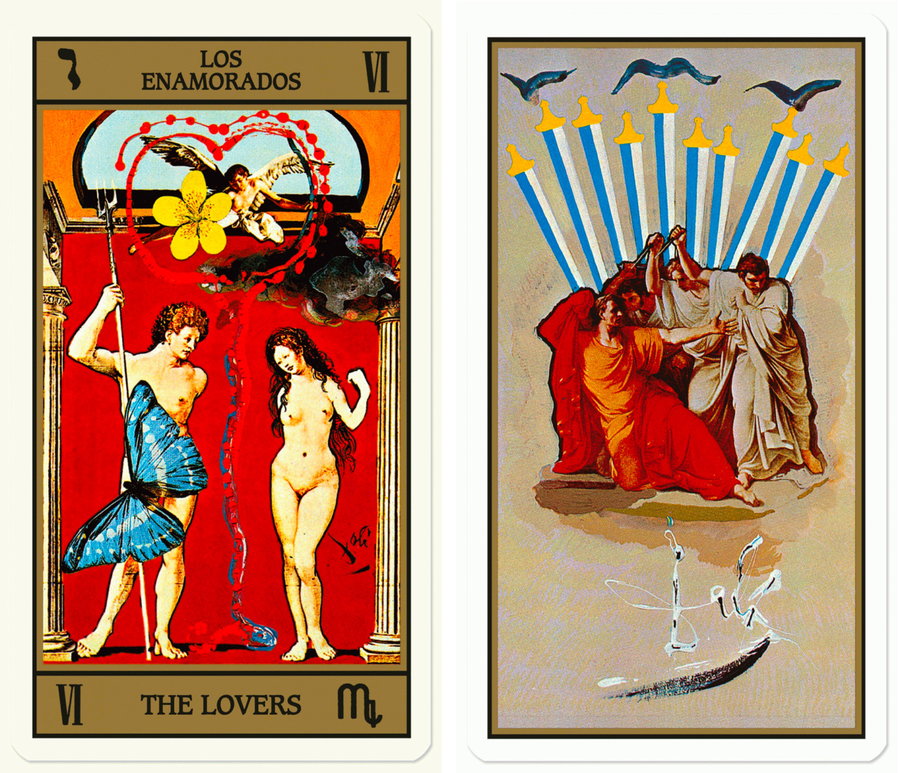 Fiebig writes of the deck: “Dalí poses as the Magician, his wife Gala becomes the Empress, and the death of Julius Caesar is reinterpreted as the Ten of Swords in the artist’s extraordinary custom tarot deck. First published in a 1984 limited edition that has since long sold out, this lush box set brings back all 78 cards, each dazzling in color, along with a companion book on the making-of and practical instructions.”

A description of the deck on RonRobinson adds: “Legend has it that when preparing props for the James Bond film Live and Let Die, producer Albert Broccoli commissioned surrealist maestro Salvador Dalí to create a custom deck of tarot cards. Inspired by his wife Gala, who nurtured his interest in mysticism, Dalí eagerly got to work, and continued the project of his own accord when the contractual deal fell through… Drawing on Western masterpieces from antiquity to modernity (including some of his own), Dalí seamlessly combined his knowledge of the arcane with his unmistakable wit. The result is a surreal kaleidoscope of European art history.” 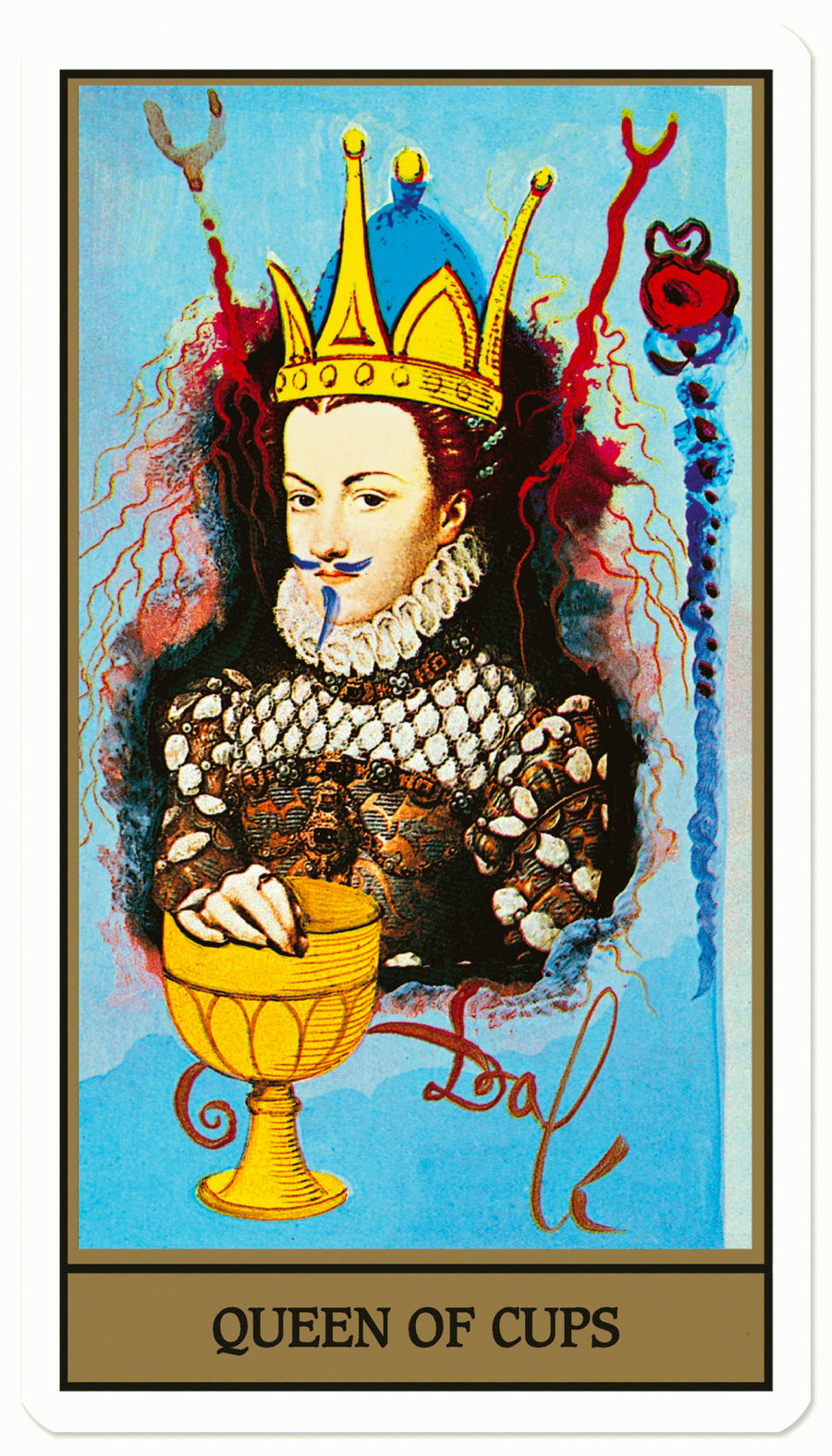 Richly layered, colorful, and instantly recognizable as the artist’s style, the cards reflect Dalí’s enduring love of symbolism. Some recurrent themes in his work include melting watches inspired by Einstein’s theory that time is relative; distorted, long-legged elephants that break with the laws of physics; ants symbolizing death, decay, and desire; and eggs symbolizing hope and love.

“I am painting pictures which make me die for joy, I am creating with an absolute naturalness, without the slightest aesthetic concern, I am making things that inspire me with a profound emotion and I am trying to paint them honestly,” said Dalí himself in Dawn Ades’ Dalí and Surrealism.

The booklet includes an introduction to Dalí’s life, information about the making of the tarot cards, a comprehensive explanation of each card’s composition and meaning, step-by-step instructions on how to perform readings, and “a jargon-free approach simplifying tarot for the newcomer.” 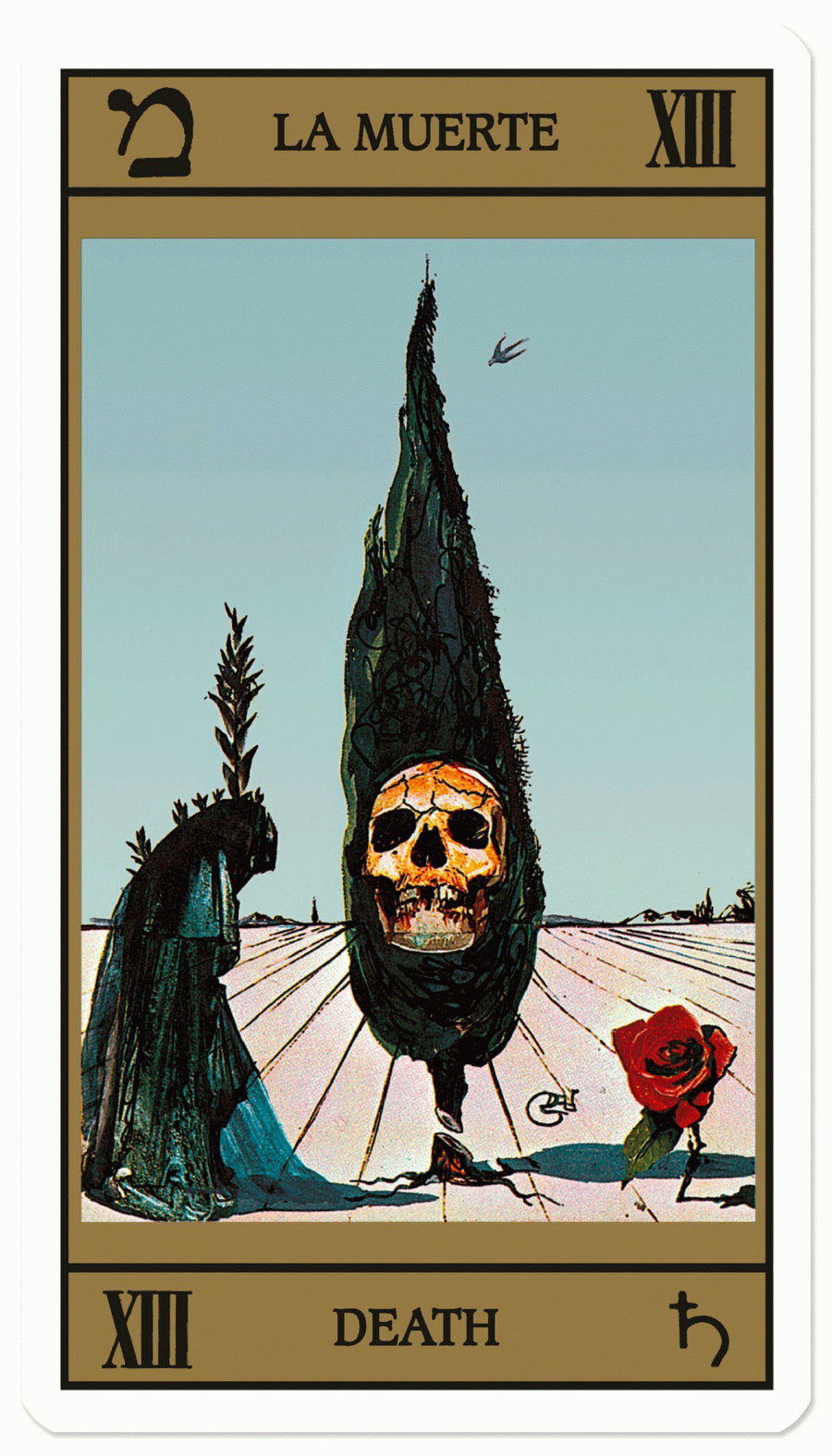 If you love Dalí but aren’t much of a tarot enthusiast, these cards are still worth collecting just for the sheer volume of unique and creative compositions created by the beloved artist. The deck is available for preorder now for $60, with shipping expected to begin December 2019.