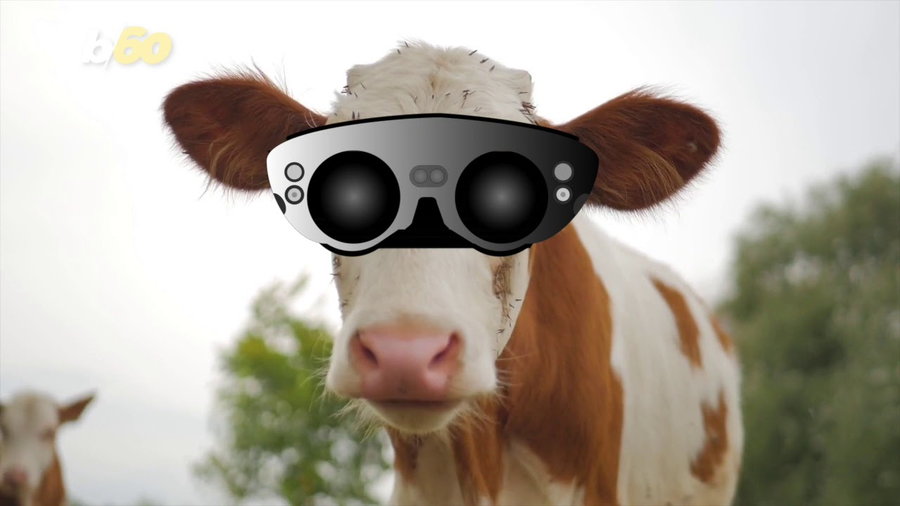 Cows roaming pastures wearing VR headsets may sound like an offbeat idea for a children’s TV show, but in present-day Russia, it’s very much a reality. Scientists recently began fitting herds with them as part of an experiment sponsored by the Moscow region’s Ministry of Agriculture.

The Reasoning Behind the Research

With research around the world indicating that calm, happy cows yield better milk and beef than those who are stressed out and treated like nothing more than factory products, the RusMoloko farm in Moscow’s Ramensky district took it upon themselves to conduct their own experiments on the matter. Based on reports that some Wagyu farmers who surrounded their cattle with mood lighting reported a higher-quality beef yield, as well as one of a Missouri farmer who insisted his cows produced higher-quality milk when he played music for them, the Ministry issued a public statement explaining the logic behind their decision: “Examples of dairy farms from different countries show that in a calm atmosphere, the quantity, and sometimes the quality, of milk increases markedly.” 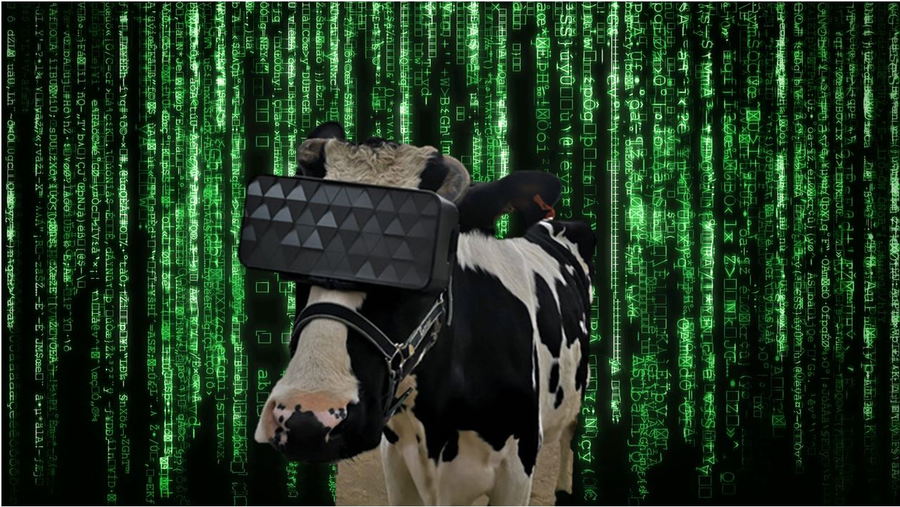 VR designers and veterinarians joined forces with Russian farmers in Krasnogorsk, a city located just northwest of the Russian capital. There, they brainstormed ways to create an environment they envisioned cows would find soothing and positive. That turned out to be a seemingly endless idyllic summer field covered with a variety of untouched grasses, swaddled in sunshine under a faultless sky of blue. The team modified VR headsets to fit the cows’ heads and accommodate their vision so the image was as clear and steady as possible and then loaded a simulation of the aforementioned scene.

The cows’ attitudes seemed to improve almost immediately, with the researchers emphasizing “reduced anxiety” and “improved moods” among the group. No longer were they subjected to the depressing weather or scant grass that made them grumpy. Instead, the VR images seemed to relax them, which in turn increased their intake of grass, silage, and hay, and perhaps due to better digestion, their production of more — and higher-quality — milk.

Back in 1908, E.A. Stuart purchased 360 acres of farmland in Washington state to found Carnation Farms. He began a selective breeding program of Holstein cows to increase milk production, which was eventually used worldwide. He also believed happy cows were just as important as healthy ones, making a point to treat all his cows with gentleness and compassion, with no stress or mistreatment. Stuart also maintained that this made them produce more and better milk than their counterparts. 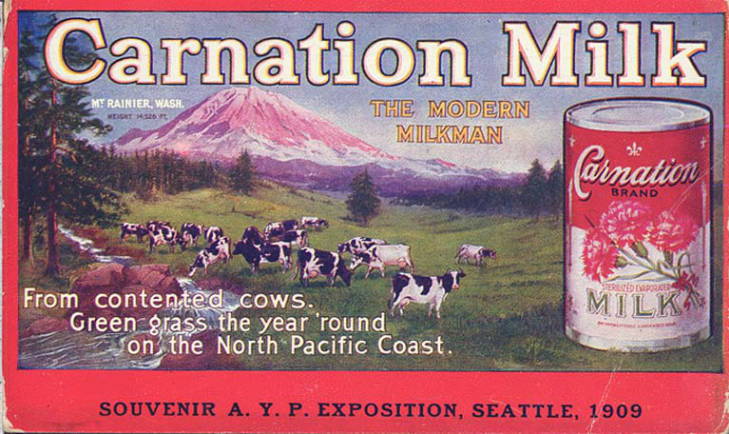 Two years earlier, in a 1906 marketing meeting, Stuart was explaining how his pampered cows were so productive. A woman at the firm casually mentioned that “they must be very contented cows.” In 1907, that comment inspired what would become one of the most iconic taglines in food history: “Carnation Condensed Milk, the milk from contented cows.” 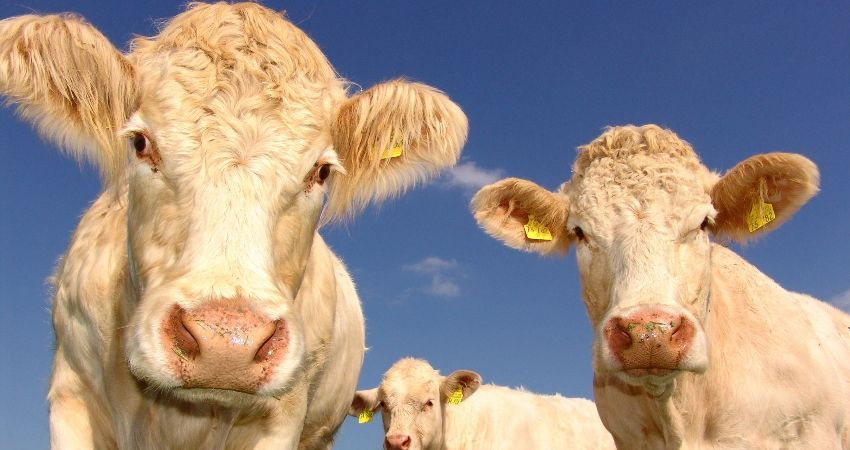 The jury’s still out on whether the VR masks significantly increase milk production and/or quality. If you see herds of milk cows wearing headsets on your next drive through the countryside, you’ll know the experiment was a success.