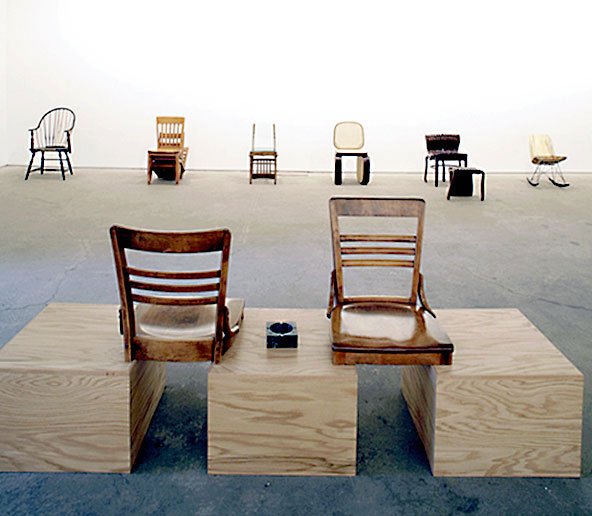 At the intersection of art and design sit the chairs of William Stone, a series of cut-and-paste chair designs that mix and match elements from existing seats with stranger parts like thick and bulky rough-hewn logs. 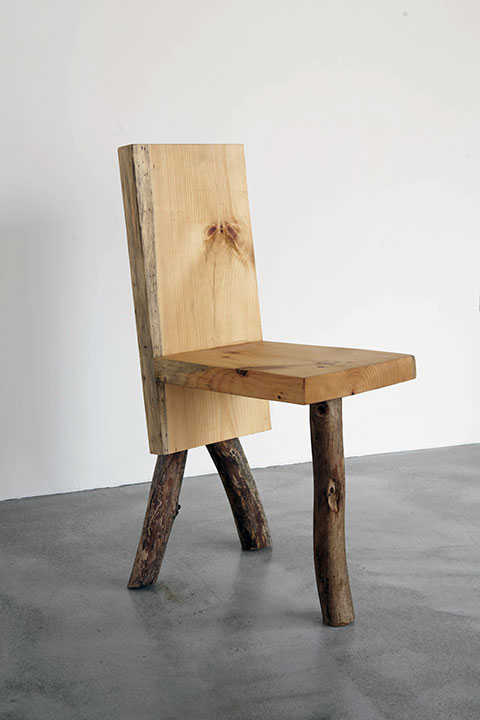 Existing structural elements that would normally seem ordinary are suddenly called into question, standing out as visual anomolies – their thinness and regularity seeming more impressive under the weighty misshapen objects they support. 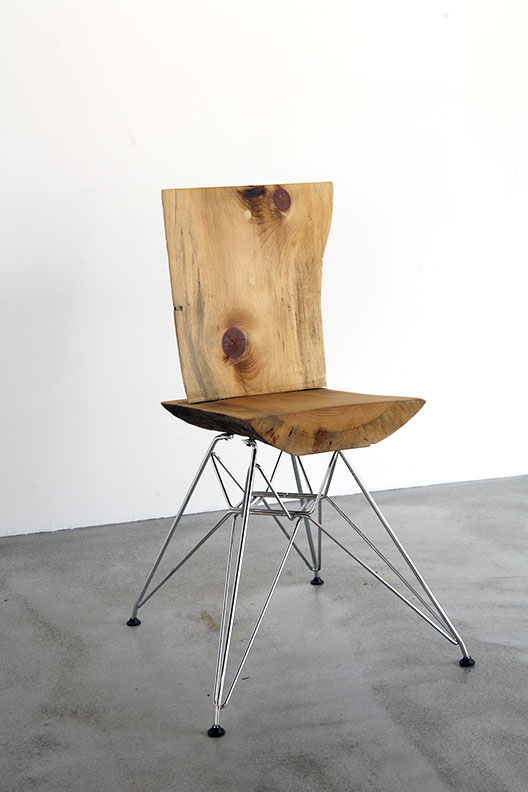 In other cases, Stone takes only new and natural pieces to create wholes that are at once unique and somehow easy to believe. Their simplicity reflects a kind of do-it-yourself approach that makes one want to make his or her own at home. 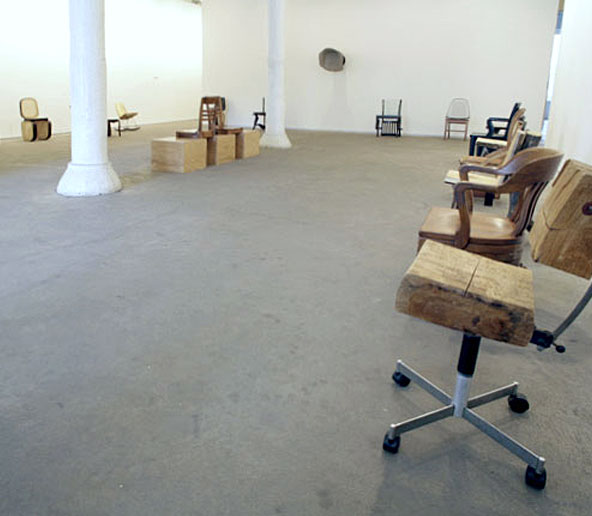 From standard supports to wheeled bases and rocking rails, each of these chairs is different and yet made part of a similar set by virtue of how they were created and the combination of new and old, natural and man-made elements used. 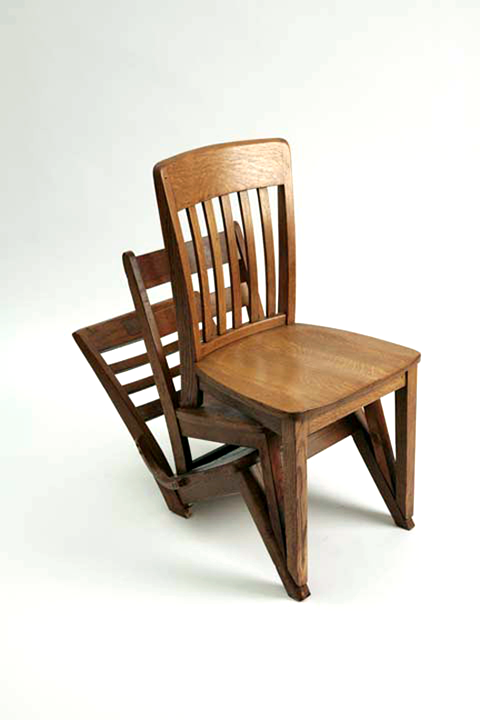 In addition to the chairs shown individually above, Stone has exhibited a great many other Frankenstein-esque custom art chairs assembled from all kinds of parts – including ones composed entirely of single-function pieces like legs, backs or bottoms.

Most of his work isn’t nearly so practical as this. Check out this description from ArtForum, which should prime you to check out more on his website:

“The absurdist sculptures of William Stone confront us with an utter lack of functionality. Working with wood, brass, copper, and various domestic and industrial objects, Stone creates quirky, self-contained inventions.”

“His perfectionist sensibility gives the work an air of importance that exceeds its actual usefulness. Stone revels in a clean, forthright style. Many of the pieces seem to embody contradictions; the newness of the wood often conflicts with the outdated machine elements. Most of the works’ references exist outside specific art-world contexts.”