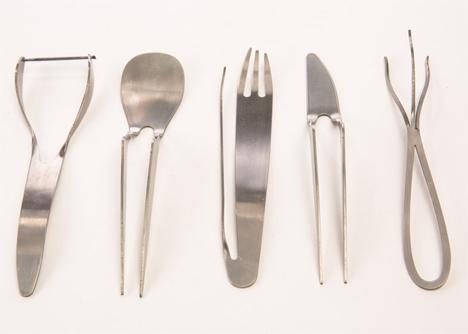 It seems safe to say that, outside of a finishing school or royal dinner, most of us stick with the basic silverware set for meals. Fork, spoon, butter knife, and maybe a sharp knife. Maybe even a salad fork if we want to get very fussy. But there was a time when silverware sets included an absurd number of devices, the functions of which were all but indiscernible to the casual user. 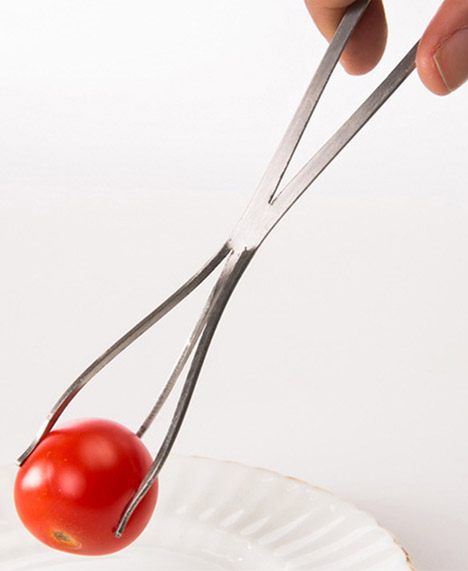 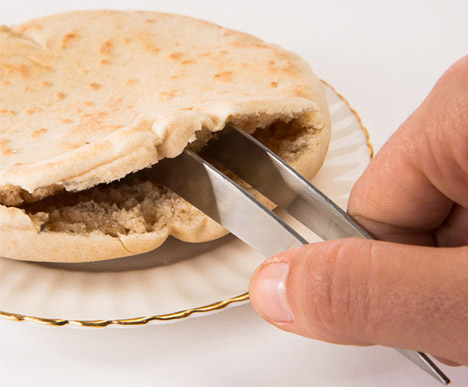 Designer Lee Ben David pokes fun at these specialized tools in her set of conceptual table tools called Very Specific. They include a delicate three-pronged grabber just for cherry tomatoes; a combination prong/scooper for plucking and eating artichoke leaves; a knife with two hinged prongs for cutting and then opening hot pieces of pita bread; a spaghetti fork with a clamp on one side to hold down unruly noodles; a combined knife and fork lever for scooping food onto the fork one-handed; and a device used solely for pushing edamame beans out of their pods. 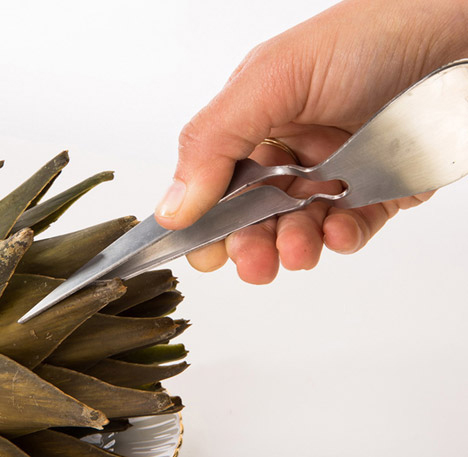 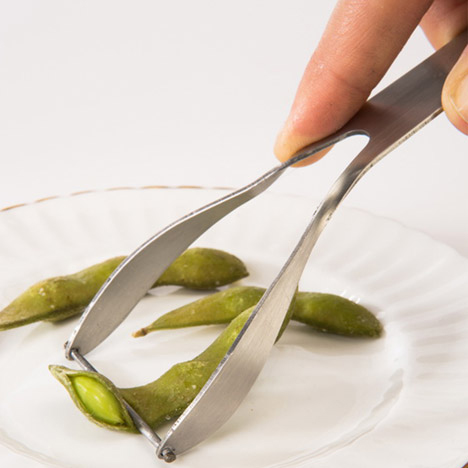 The designer’s ideas go back to the almost-unbelievable designs of yore, when cutting fish with the wrong fork was seen as a serious mealtime offense. There was well and truly a piece of cutlery for every imaginable food, and polite people were expected to memorize their functions. Although cutlery isn’t nearly as laser-focused these days, this type of over-specialization can still be seen in the incredibly specific single-function kitchen tools we use for cooking and baking. 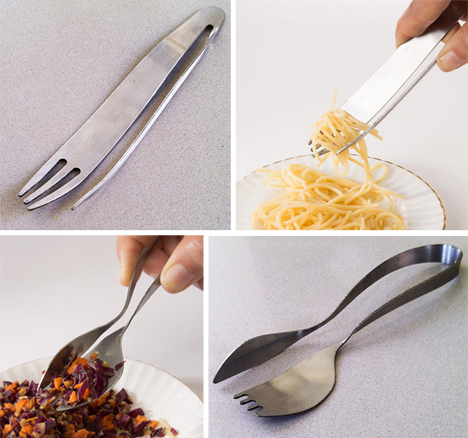 Continue reading below
Our Featured Videos
The Very Specific utensils are tongue-in-cheek design, but a few of the designs actually offer real solutions to mealtime problems. We would never give up the deep satisfaction of biting edamame pods to pop the beans out, but the spaghetti fork with attached prong is pure brilliance. The only design David is thinking of putting into production (though she may just be making another joke) is the one-handed knife/fork set, which would allow people to eat one-handed while holding a plate in the other hand.