Australian artist Ron Mueck is just one of the many artists that have been assembled for the inaugural NGV Triennial at Melbourne’s National Gallery of Victoria. The event brings together over 100 artists and designers from 32 countries to exhibit their wares in one of Australia’s most prominent artistic institutions.
This self-proclaimed “celebration of contemporary art and design practice…explores cutting edge technologies, architecture, animation, performance, film, painting, drawing, fashion design, tapestry, and sculpture,” and has already been met with rave reviews, with The Guardian calling it “one of the most exciting exhibitions ever mounted in Australia…a serious, intelligent exhibition that assumes globalization as fact and examines its consequences.” Mueck’s compelling contribution to the triennial is “Mass,” an installation consisting entirely of larger-than-life skulls that examine the idea of mortality and bring us face to face with our own inner beings. 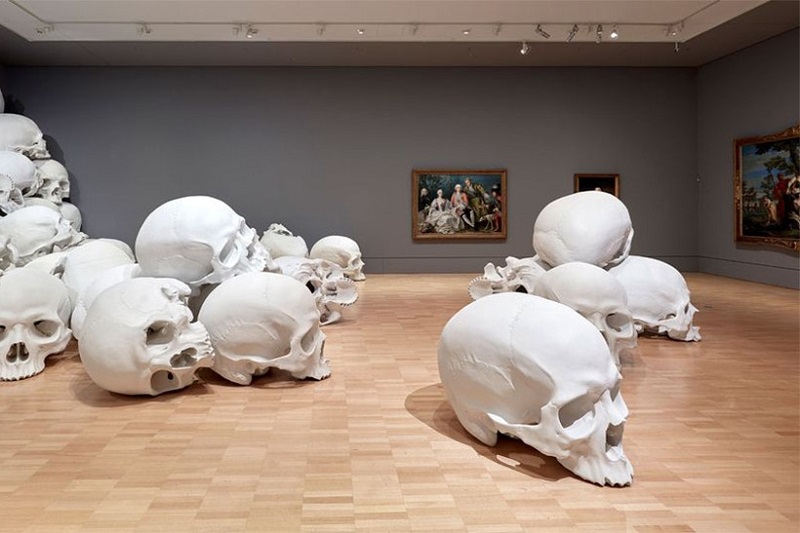 Mueck, who is famous for his hyperrealistic maxi and mini-sculptures of men and women, has taken the symbol of the skull and blown it up to create 100 crisp white specimens, which are scattered and stacked over and around the exhibition room. Drawing on historic sites such as the Parisian and Roman catacombs and places where the skull has become an emblem of war and terror, such as Srebrenica and Cambodia, Mueck is presenting the skull to the visitor in a way that invites them to explore its meaning and symbolism further. The skull is one of the few icons that all human beings can identify with, and to see so many realistic skulls at this scale up close is indeed humbling. 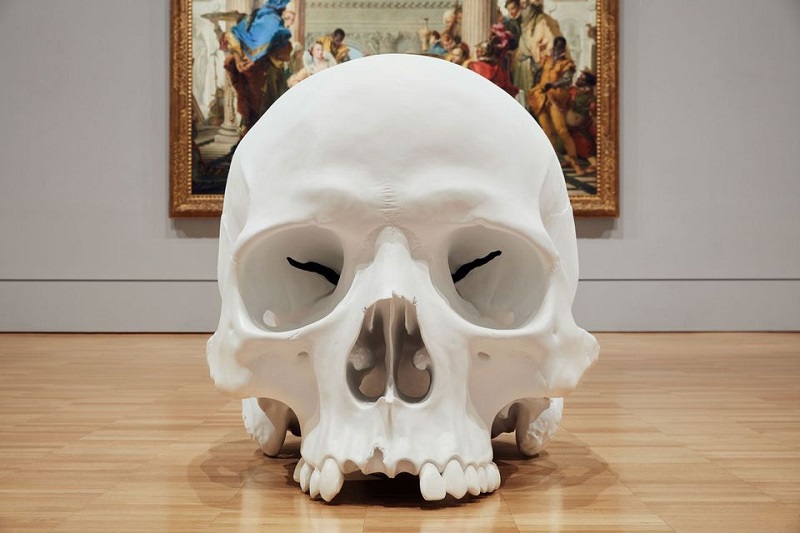 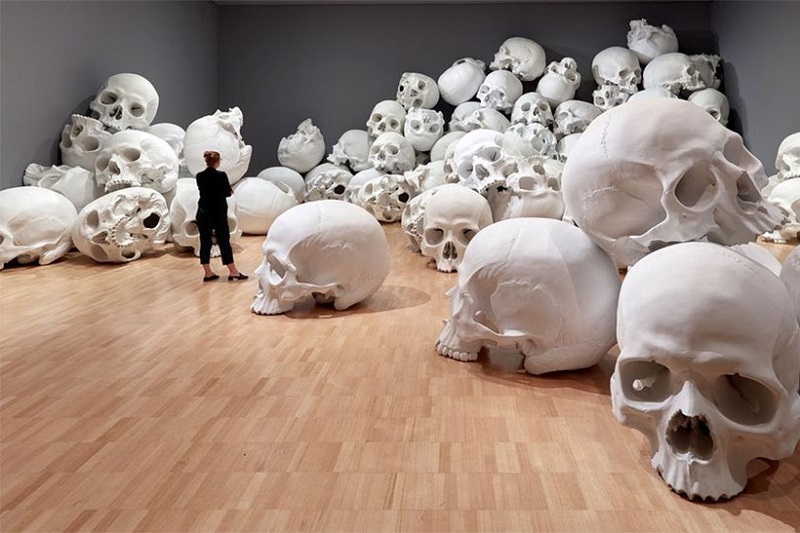 The decision to use the skull as the vehicle through which one can muse on their own existence is not particularly new, but it is interesting to consider in a modern context, when it is already laden with so much historical meaning. The NGV Triennial’s organizers explain: “The skull has been a potent symbol within the art of virtually all cultures and religions, not least in the Western history of art, including in Dutch still-life painting and the vanitas painting genre of the sixteenth and seventeenth centuries, which served as a reminder of the transience of life. To draw out and contextualize these resonances, this monumental work has been placed within the historical collection galleries of NGV International.” 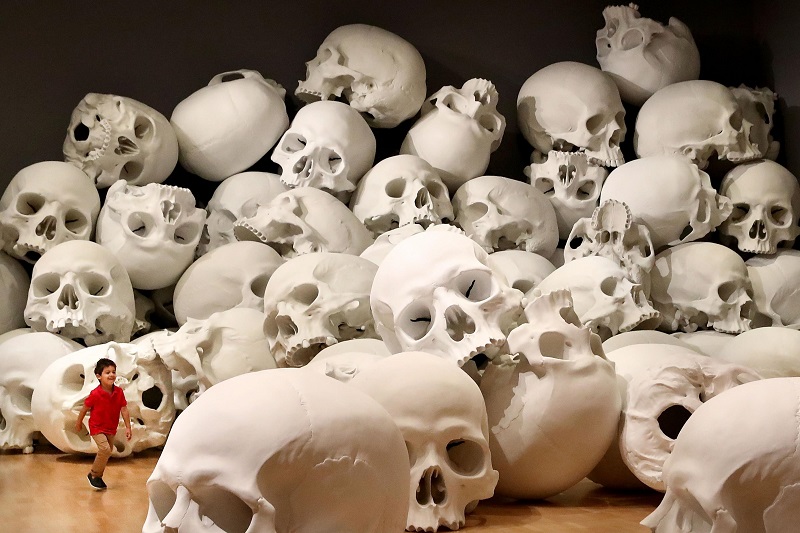 Continue reading below
Our Featured Videos
The viewer is at once emboldened and defeated by the array of skulls before them: emboldened because they are thankful to be alive and defeated because ultimately, they know that this is the end that awaits us all. Mueck’s work always challenges the observer’s idea of their place in the world, and, as hyperrealists are often wont to do, blurs the boundaries between what’s real and what’s presented to us as art. His studies of the human form are grotesque, captivating, and arresting, and in confronting us with ourselves in a static and almost lifeless way, Mueck asks us to consider what it means to be mortal. Mass continues in this same vein.
The NGV Triennial is open and free to the public until April 2018.