In the 1940s, a series of strange birdlike structures appeared in the Thames and Mersey estuaries in Britain, resting well above the surface of the water. Designed for the Armed Forces as anti-aircraft towers, the Maunsell Sea Forts were decommissioned a decade after World War II ended and then commandeered for use as pirate radio stations in the 60s. One of them was even declared the independent “Principality of Sealand” by its occupiers, who still live in it today. Now, the strange legacy of these forts has inspired an unusual artist studio and home set in a salt marsh off of England’s east coast. 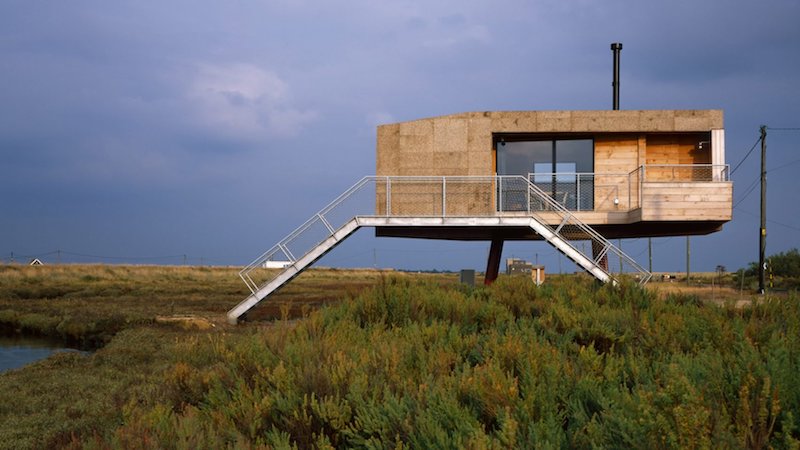 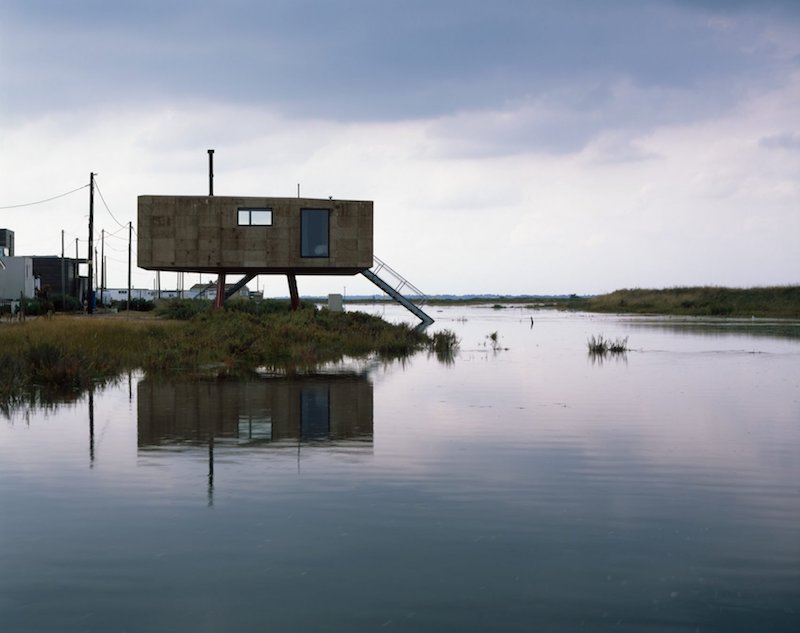 Artist Marcus Taylor sought a quiet, reflective retreat that could also serve as a part-time live-in studio. The property he purchased, which was set within the Colne Point Nature Reserve in the hamlet of Lee-Over-Sands, offered beautiful views of the surrounding peaceful waters and damp, scrubby marshlands, where redshank birds wade, bob, and call while standing on a single rosy-colored leg. It was perfect, except for one thing: the site became inundated with water every time the tide came in.

Surveying the land, Taylor spotted the sea forts, which are visible from the building site, and noted the presence of all the little redshanks among them. Together, these elements inspired the refuge of his dreams: an elevated one-bedroom home that becomes inaccessible whenever the water rises. To make such a design feasible, he conceived of a cork capsule that would bob on three legs. He then took that idea to his friend Lisa Shell, an architect whom he commissioned to replace the dilapidated existing timber-frame home on the property. 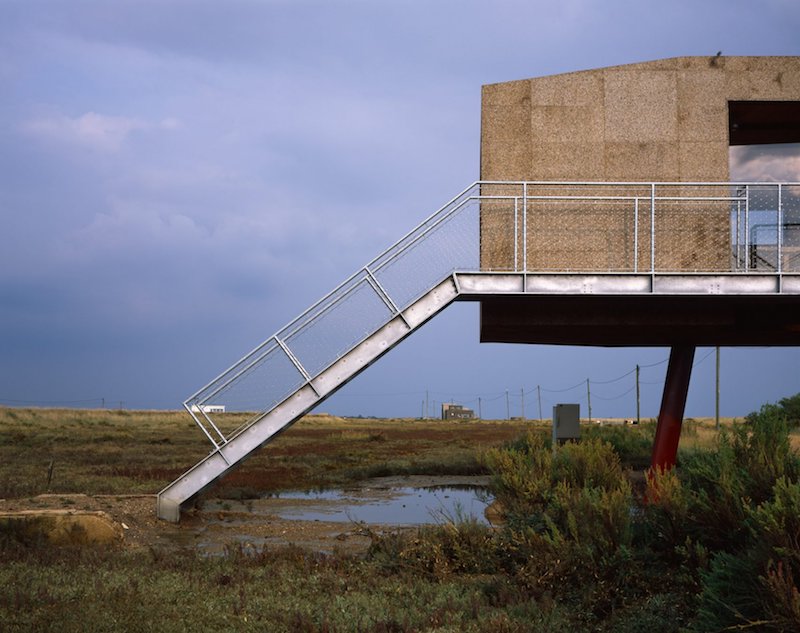 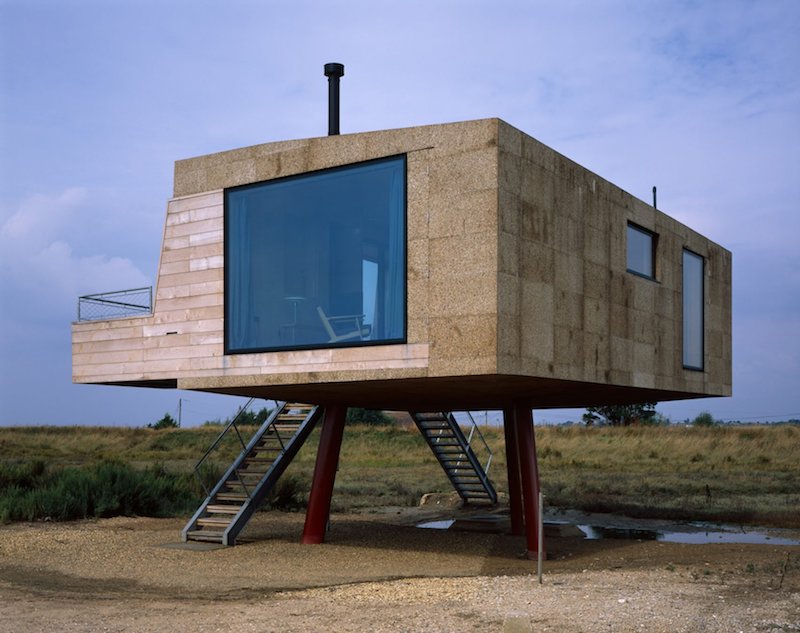 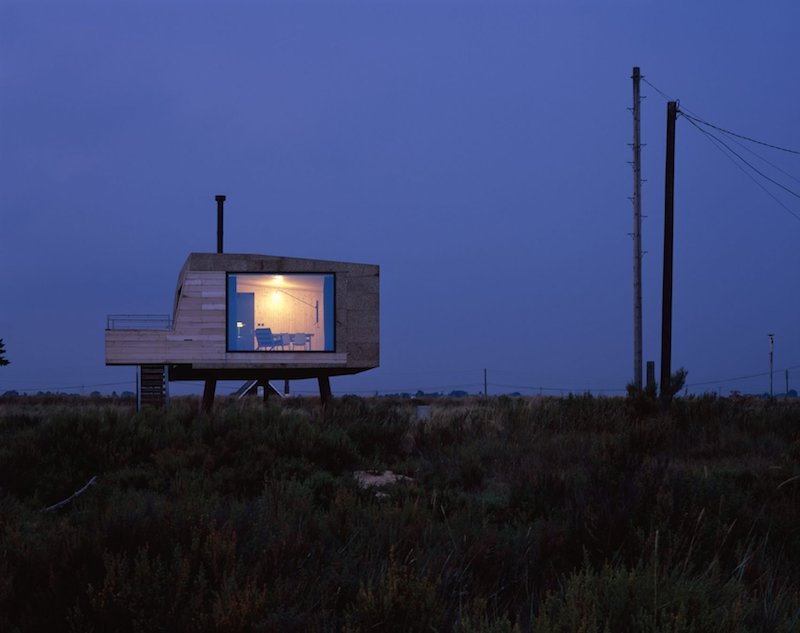 The result — dubbed “Redshank House” — stands on a triplicate of steel supports that have been coated in a special paint to withstand both the water and the salty air. Made with a durable CLT (cross-laminated timber) frame, the structure’s exterior cladding is wrapped in thick, fire-resistant, and naturally durable untreated cork, which will bleach over time from the sunlight. Two steel staircases stretch down into the sand and grass — or water, as the case may be, depending on the time of day.

“The idea of using cork started as a joke due to its buoyancy as the site floods at high tide,” Shell told Architectural Review, “but the more we explored its characteristics, the more appropriate it became.” 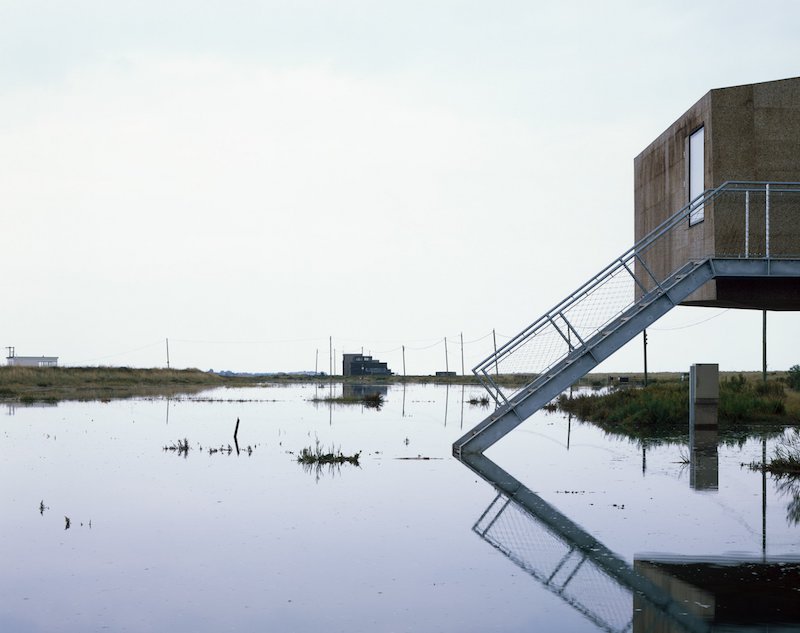 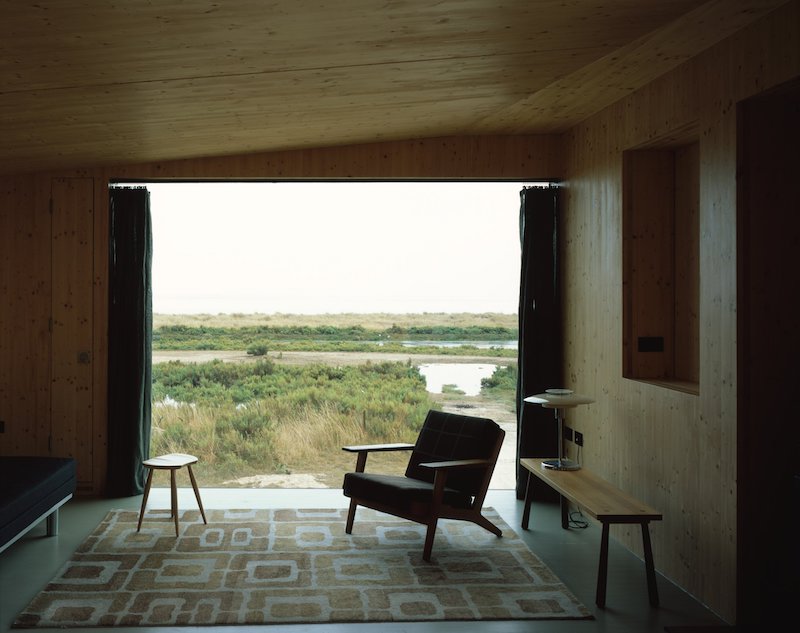 In the summer, the ambiance of the hamlet is that of a charming seaside town. In the dim and foggy winter, it becomes something harsher and much less hospitable. Paired with the area’s wartime history, these seemingly endless and ever-encroaching marshlands can conjure a sense of isolation that some might find alienating. For Taylor, however, it’s exactly the atmosphere he wanted — one that fosters privacy and the feeling of being distant from the chaotic world of human activity. Within the warmth of its oak-lined walls, with his wood-burning stove and oversized picture window, he can weather the storms outside and allow his mind to wander.

It may not be for everyone, but this tidal getaway demonstrates the value of working with environmental conditions instead of against them, following nature’s examples to coexist with its temperaments.