When you daydream about the incredible vacation lodgings in Mexico, you probably aren’t imagining yourself sleeping inside the belly of an enormous serpent. But maybe you should be. Some of the nation’s coolest and most unique guest rooms can be found within El Nido de Quetzalcoatl (Quetzalcoatl’s Nest), an inhabitable sculpture located just north of Mexico City that was built to exist in low-impact harmony with a system of nearby natural caves. 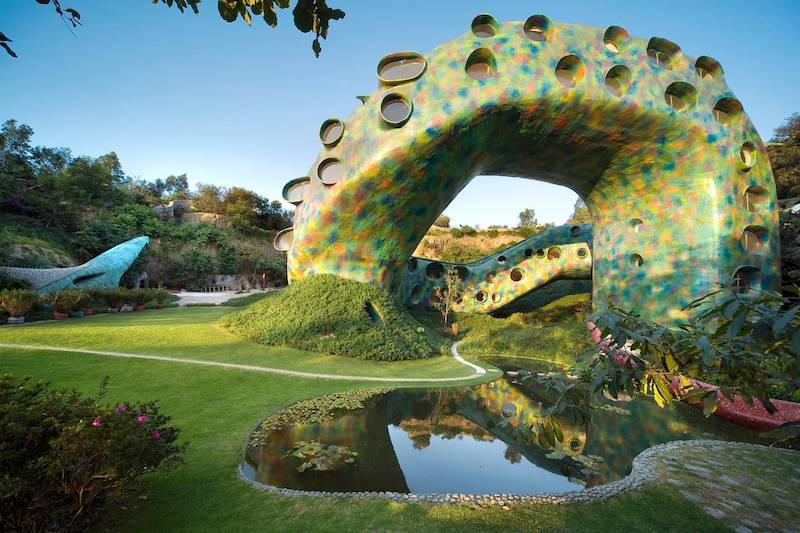 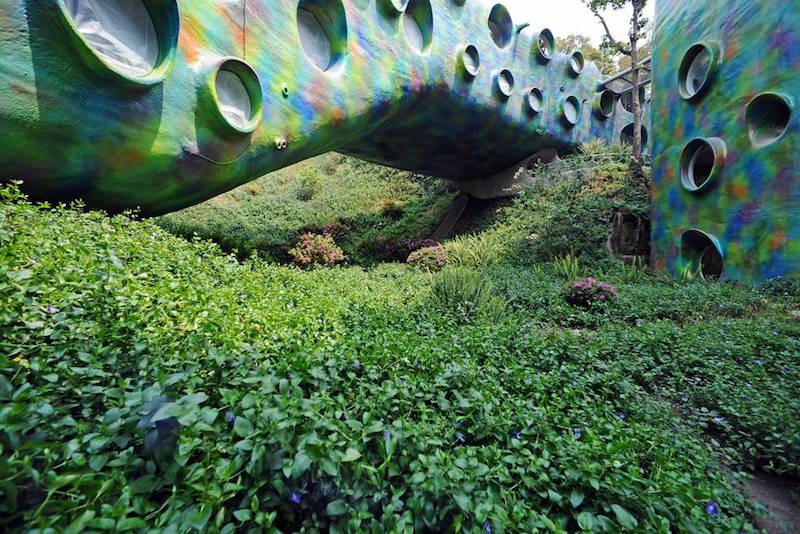 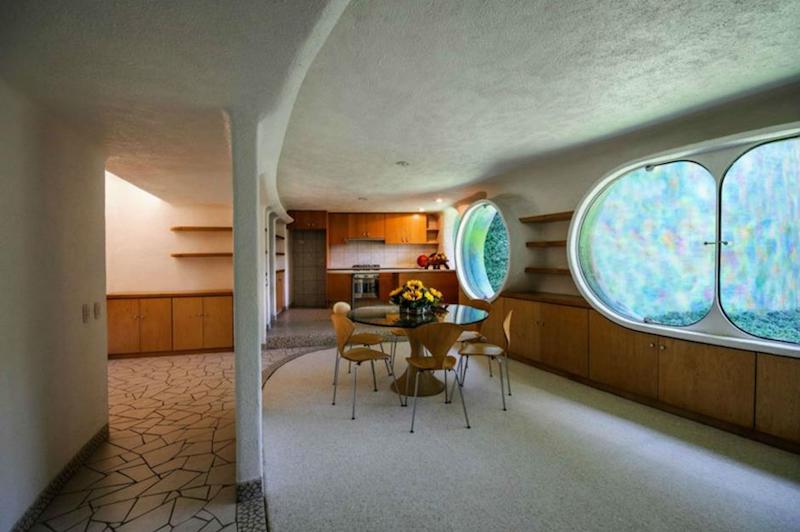 “One day, I thought that the mouth of the cave resembled a snake’s head with open jaws,” says Javier Senosiain, a Mexican architect famous for his unexpected organic creations. Tasked with developing an irregular 5,000-square-meter plot of land with challenging topography, Senosiain investigated the site and found himself envisioning something simultaneously monstrous and delightful.

“We located it in the scale model and noticed that it seemed like a virtual snake going in and out of the land… we decided then to place a tail and call it Quetzalcoatl,” he explains. His team was careful to preserve the beauty of the landscape as much as possible, leaving most of the existing vegetation intact during the construction process. 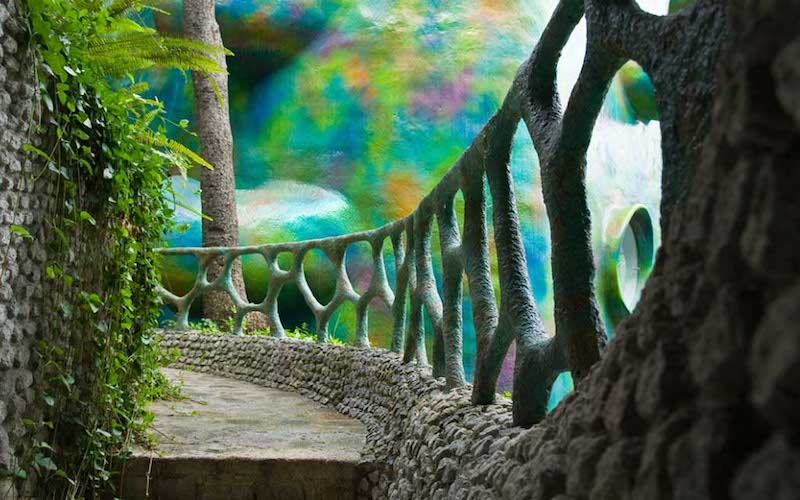 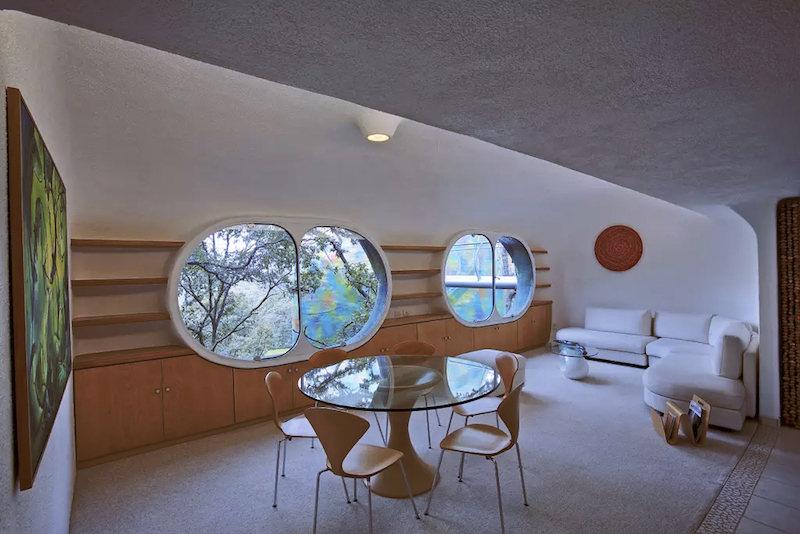 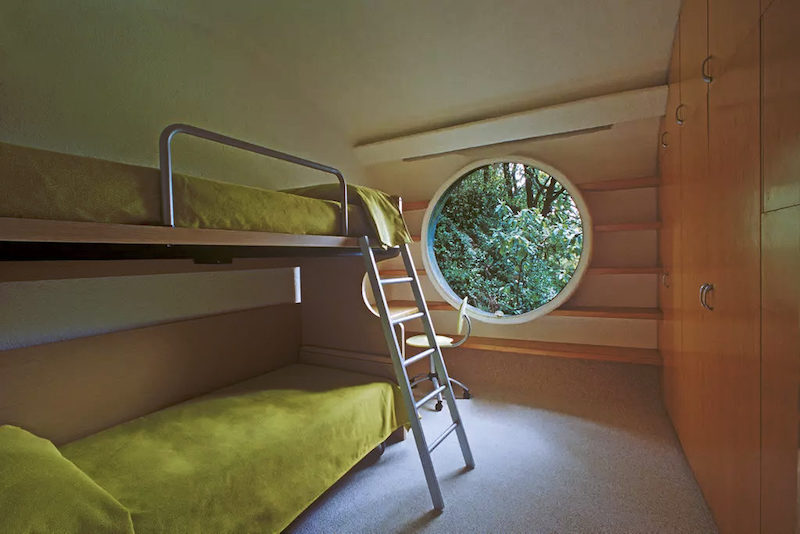 “At the top in the rattlesnake, we placed the water tank, below, the area for the janitor, and far below, a machine room with ten small warehouses, one for each apartment. It is worth mentioning that the land remained almost [fully] intact because it was only touched where the body of Quetzalcoatl rests.”

The snake’s massive 16,500-square-foot body contains 10 separate condominiums. Owned and maintained by Senosiain’s own firm, Organic Architects, Quetzalcoatl’s Nest has long been a private oasis viewable by appointment only. Now, it’s on Airbnb, and anyone can rent out one of the units for just $222 USD per night (don’t worry, each stay also includes a private tour of the grounds). 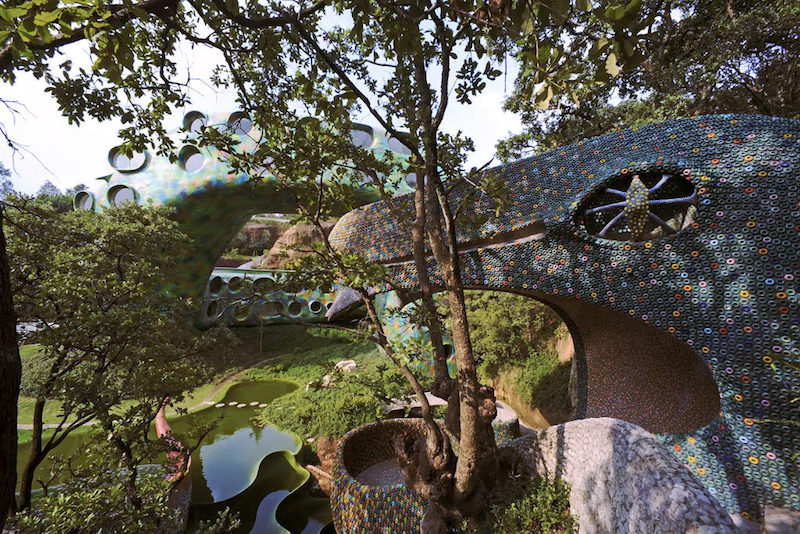 “It is paradise in the city,” reads the Airbnb description. “This place is perfect for anyone who loves nature, silence, woods, architecture, and someone who wants to recover it’s capacity to amaze. It has a park with botanical gardens, a cave of minerals and lakes to go around. It is a perfect place for small groups on retreats, to write, to meditate, for yoga, for walking, for a nice rest.”

Inside, the apartments are modernist wonders full of soft curves and rounded windows. A color scheme of white plaster and wooden furniture soothes the eye, almost allowing visitors to forget that they’re housed inside a snake named for a fearsome Aztec deity. The name, which comes from the Nahuatl language, means “feathered serpent.” 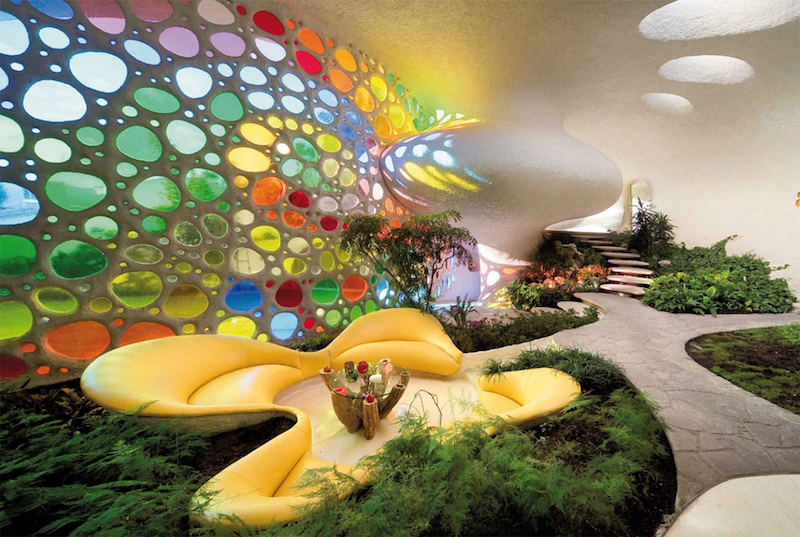 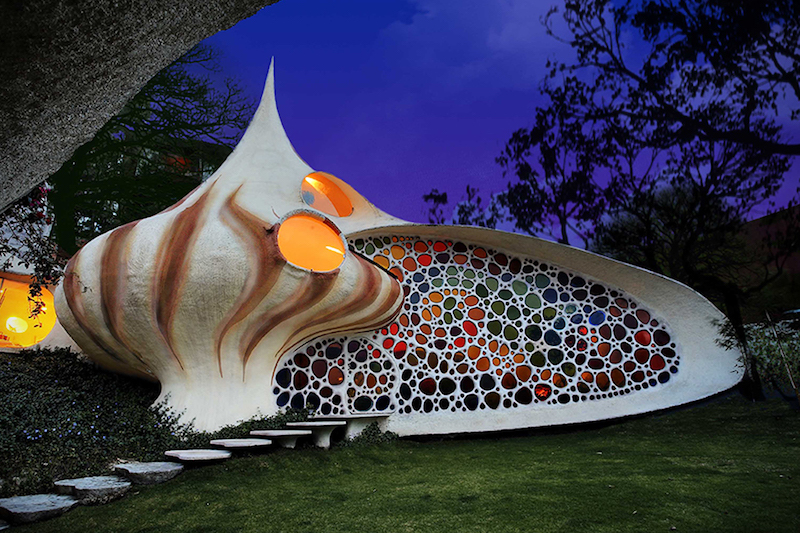 Eagle-eyed fans of organic architecture may find this style familiar. Senosiain is also responsible for the gorgeous Nautilus House, a mermaid-worthy shell-shaped abode created for a young family who wanted to feel closer to nature while remaining close to Mexico City. The shell’s concrete form is pierced with colorful circles of glass for a kaleidoscopic effect throughout the interiors whenever the sun shines in. The interior is like a secret garden, bursting with greenery.