In Ancient Egypt, every pyramid was topped by a capstone called a pyramidion. Usually made of granite, limestone, or diorite covered in gold leaf to reflect the rays of the sun, they were often inscribed with religious symbols and the titles of the rulers who had them built. Very few have survived into modern times, including that of the Great Pyramid of Giza, the oldest of the Seven Wonders of the Ancient World. 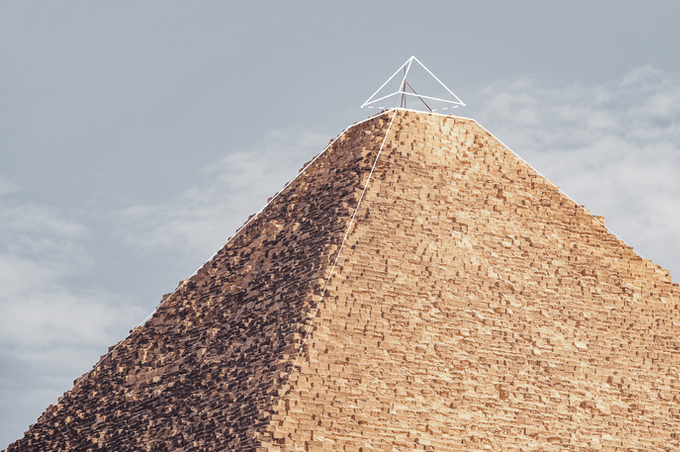 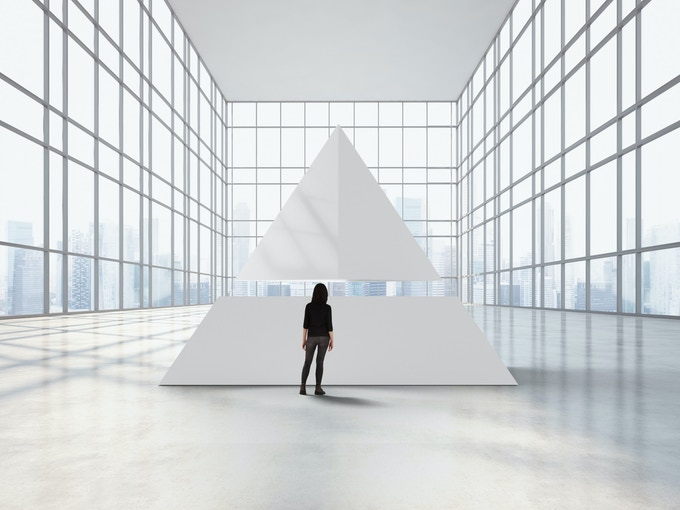 Named Py, the sculpture will be at least 20 feet (six meters) tall and showcased both in person at an art gallery and online in early 2022. The designers have developed custom-built maglev technology capable of levitating up to 220 pounds, and have already built a smaller-scale working prototype measuring 13 feet high. While this prototype is just made of carbon fiber rods, the full-scale version will be solid. They’re currently crowdfunding on Kickstarter to fund the project, including its exhibition, and backers get a pretty awesome reward in the form of a mini levitating capstone of their own. 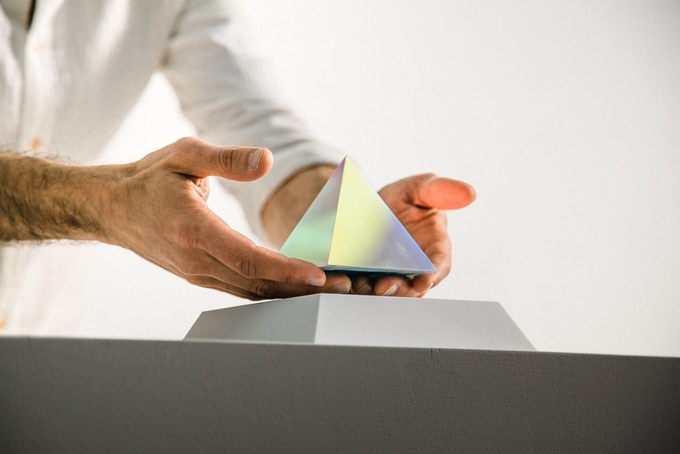 Aiming to help remind us all that “there’s still a place for mystery and magic in our everyday lives,” the mini Py features a built-in light that you can turn on and off by touching the base. It comes in black, white, gray, iridescent, gold, and premium or iridescent glass versions.

The designers explain that “Py is a combination of the words Pythagoras, the Greek Philosopher, and Phi or Golden Ratio. 1:1.1618. Both are present in the structure of the installation. The Great Pyramid of Giza has a base of 230.4 meters (755.9 feet) and an estimated original height of 146.5 meters (480.6 feet). This also creates a height-to-base ratio of 0.636, which indicates it is indeed a Golden Triangle, at least to within three significant decimal places of accuracy.” 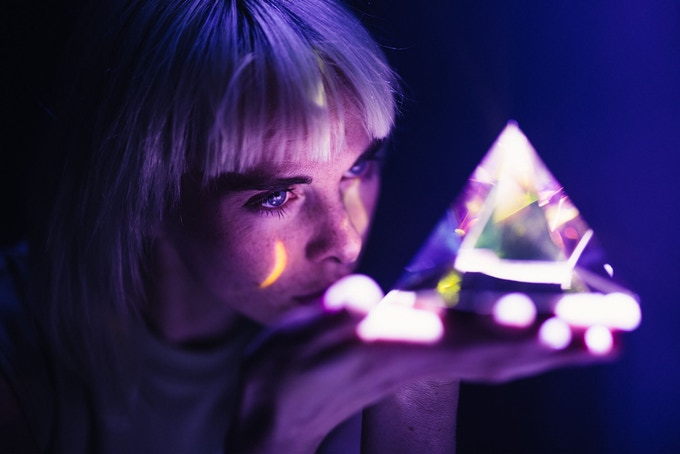 “Throughout the centuries, the ancient pyramids have been a source of inspiration to artists, writers, mathematicians, and architects. Serbian-American inventor Nikola Tesla had an obsession with the Egyptian pyramids. Tesla believed they served a higher purpose and was investigating them throughout his life. He believed the pyramids contained a power to send energy wirelessly due to their shape and location, which provided the inspiration for his experimental Wardenclyffe Tower and his designs for generators that could theoretically use the Earth’s ionosphere as a source of energy. His triangle-shaped design became known as Tesla’s electromagnetic pyramid.”

Flyte, which specializes in home decor and lighting products, previously created the world’s first levitating light bulb, which was recognized as one of TIME Magazine’s Best Inventions of 2016. Like Py, the Flyte bulb hovers in mid-air using magnetic levitation, powered wirelessly through the air.