For many people, 1.5 degrees Celsius doesn’t sound like much. Temperatures outside can fluctuate much more than that over the course of a single hour, so what’s the big deal if we see an equivalent rise in average global temperatures? Well, according to climate scientists, it’s a very, very big deal: one that represents the point at which our natural systems begin to cross crucial points of no return. 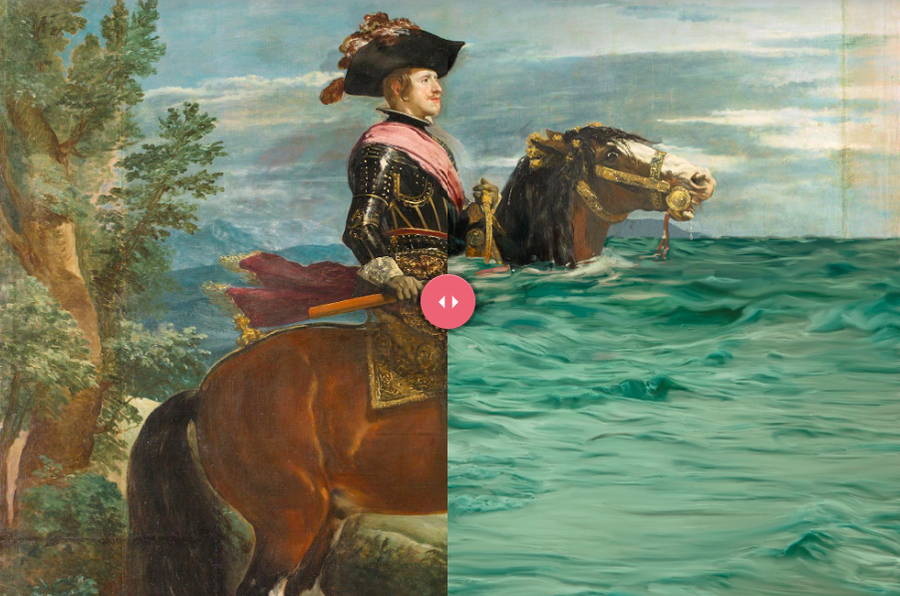 To illustrate this fact, Spain’s Museo del Prado has teamed up with the World Wildlife Fund (WWF) for a campaign called “+1.5°C Lo Cambio Todo,” or “+1.5°C Changes Everything,” referencing the news that global warming will probably reach 1.5°C above pre-industrial levels between 2030 and 2052, leading to catastrophes like drought, extreme storms, rising sea levels, and mass extinction.

The campaign presents altered versions of four key works of art from Prado’s permanent collection. “Niños en la playa” by Joaquín Sorolla, a scene of nude boys playing on the beach, turns from playful to disturbing with the addition of dead fish. “El Quitasol” by Francisco de Goya sees a happy, sunny scene of a couple with an umbrella transported to a climate refugee camp. Instead of riding his horse safely on high ground, “Felipe IV a Caballo” by Velásquez struggles to cross high water, while the lake seen in “Paso por la Laguna Estigia” by Joachim Patinir has dried up completely. 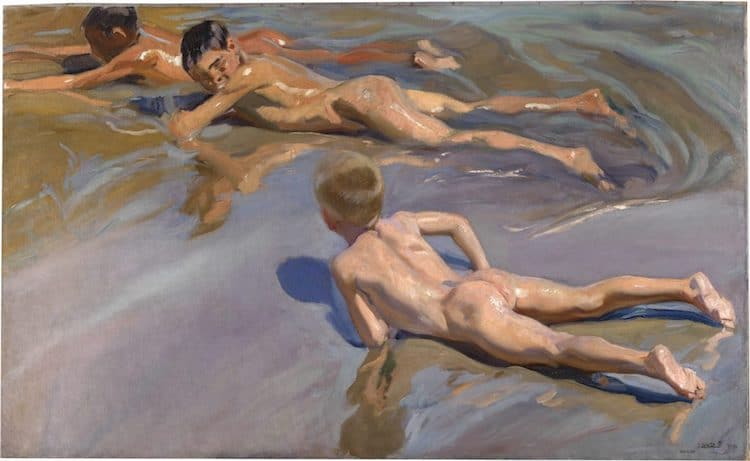 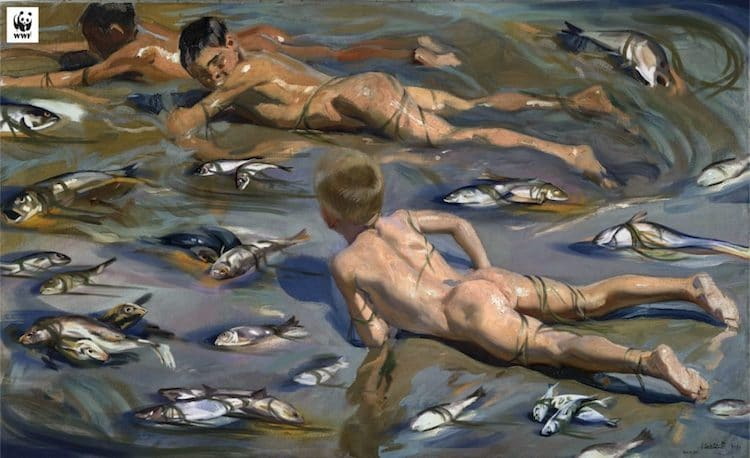 At the both WWF website and The Smithsonian, you can use an interactive slider to view the changes in each work. All four images will also be highlighted on billboards throughout Madrid’s city center. The creators of the campaign hope to contribute to growing public awareness about the severity of the problem, and prompt immediate action to mitigate the effects.

“The joint initiative is an original way to shake up the climate change debate, engage society in the fight against this global threat, and demand urgent actions and commitment to all political actors present during the coming weeks at the UN Climate Summit,” says the WWF. “We hope that the campaign will reach every corner of the planet. This action is part of a series of planned activities and initiatives that WWF will be holding during the Climate Summit to demand a greater ambition from governments to ensure that the global temperature does not exceed an increase of 1.5ºC.” 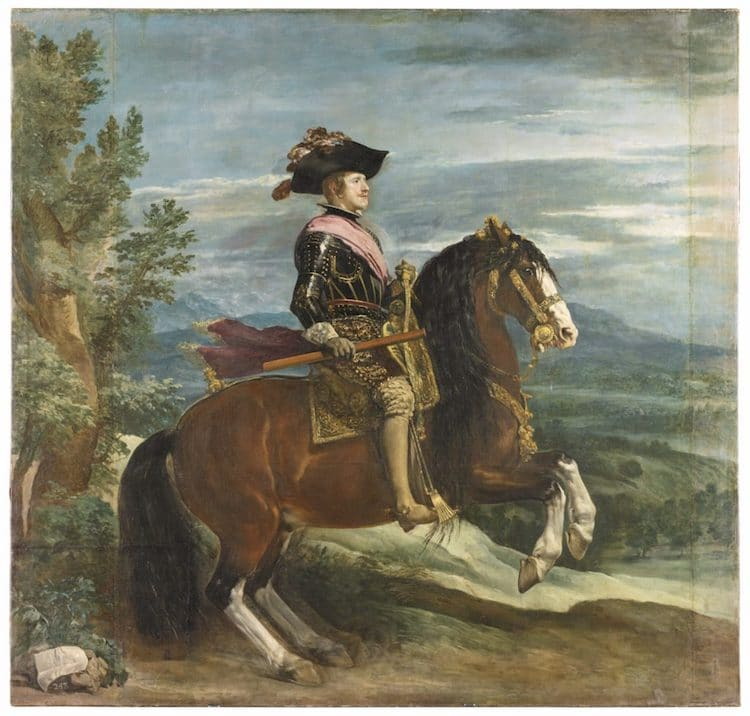 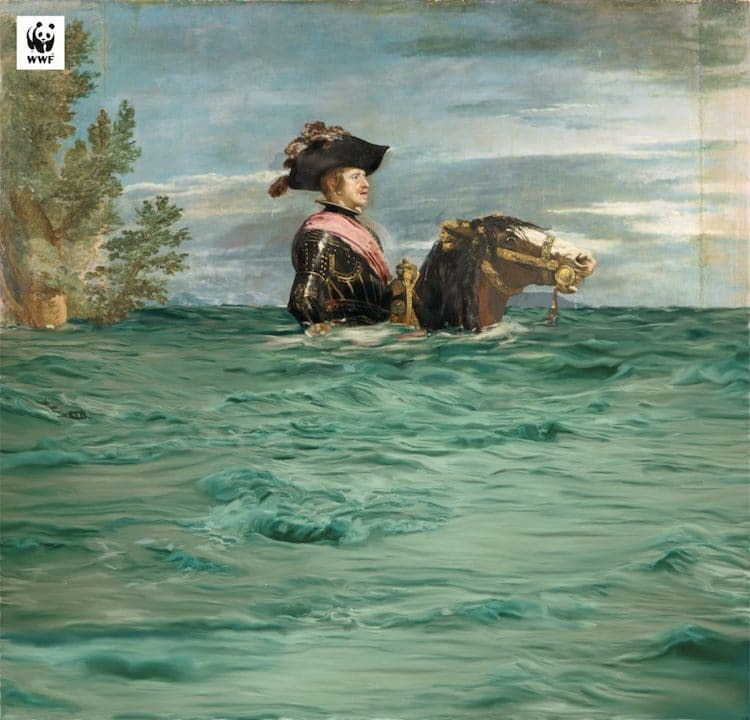 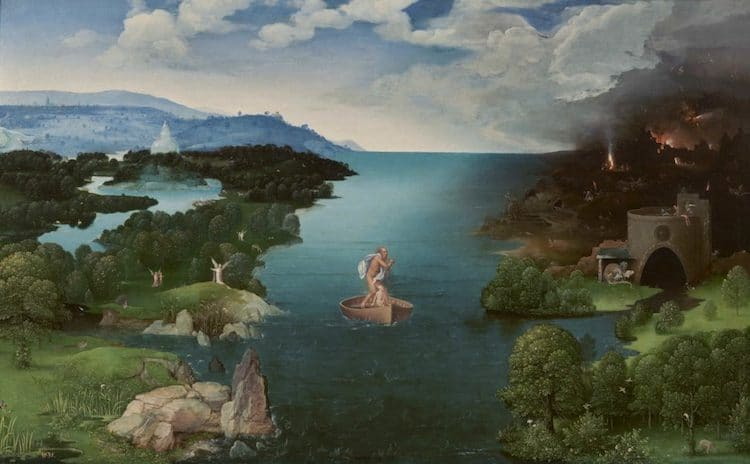 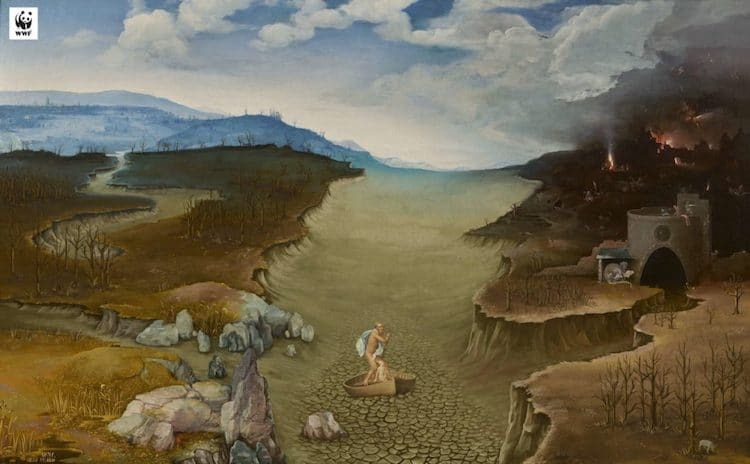 “For the Museum, this project represents an opportunity to continue placing art and its values at the service of society,” says Javier Solana, President of the Royal Board of Trustees of the Prado Museum in a statement. “The symbolic value of the masterpieces and the impressive artistic recreation that we present with WWF is an excellent way to transmit to everyone, and especially to the young generations, what is really at stake in this fight against climate change.” 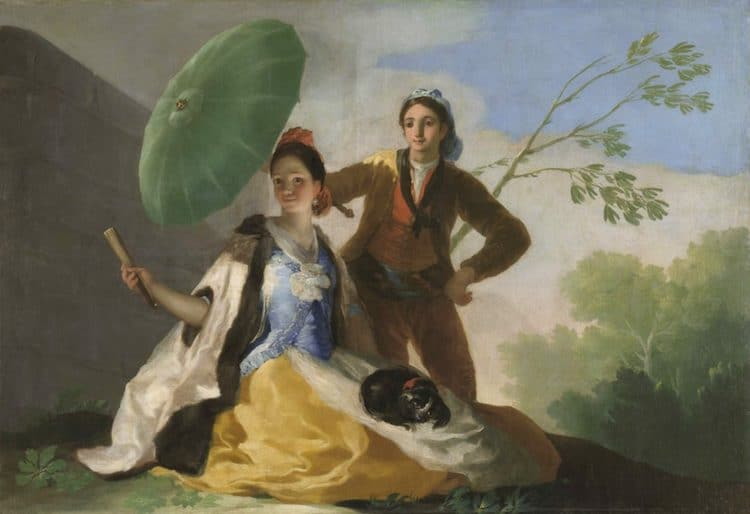 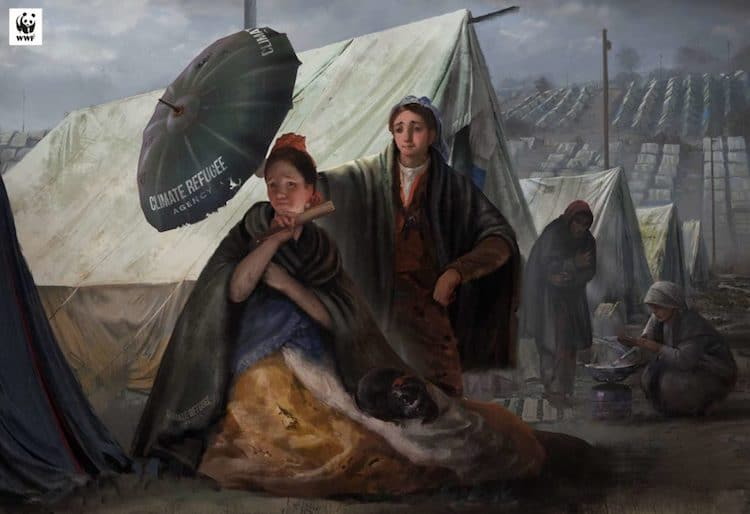 Still not sure exactly what’s at stake? Read more about the domino effects of warming temperatures, especially when they melt polar ice, at The Climate Reality Project.