Eager to reinvent the standard interpretation of “old and new,” BIG has agreed to take on the redesign of the Smithsonian Institution’s South Mall. In January 2018, after years of working closely with local residents and decision makers in order to come up with an exciting masterplan, the firm unveiled a set of astounding digital mock-ups outlining their vision for the campus. 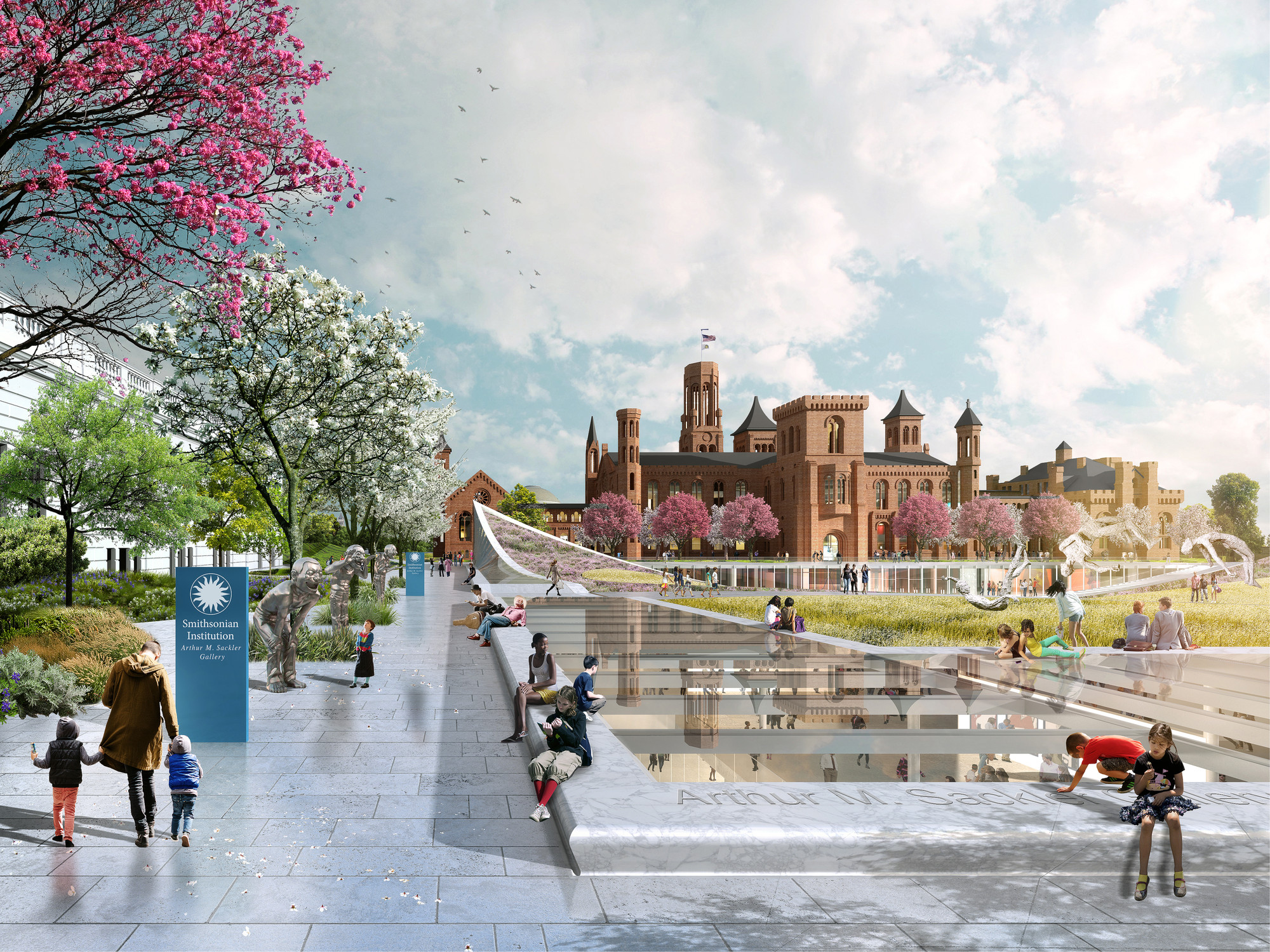 Talks of this $2 billion redesign began back in 2012, but it wasn’t until this year that it was actually given the go-ahead by the National Capital Planning Commission. Even so, it’ll still probably be another 20 or 30 years before the 17-acre South Mall campus begins its redevelopment. The aim of the overhaul is to unify the museums and research centers by eradicating inefficient building systems and introducing modern spaces to create a natural flow — as opposed to the current layout, which is said to “plague the area” and make each building seem isolated from the rest. 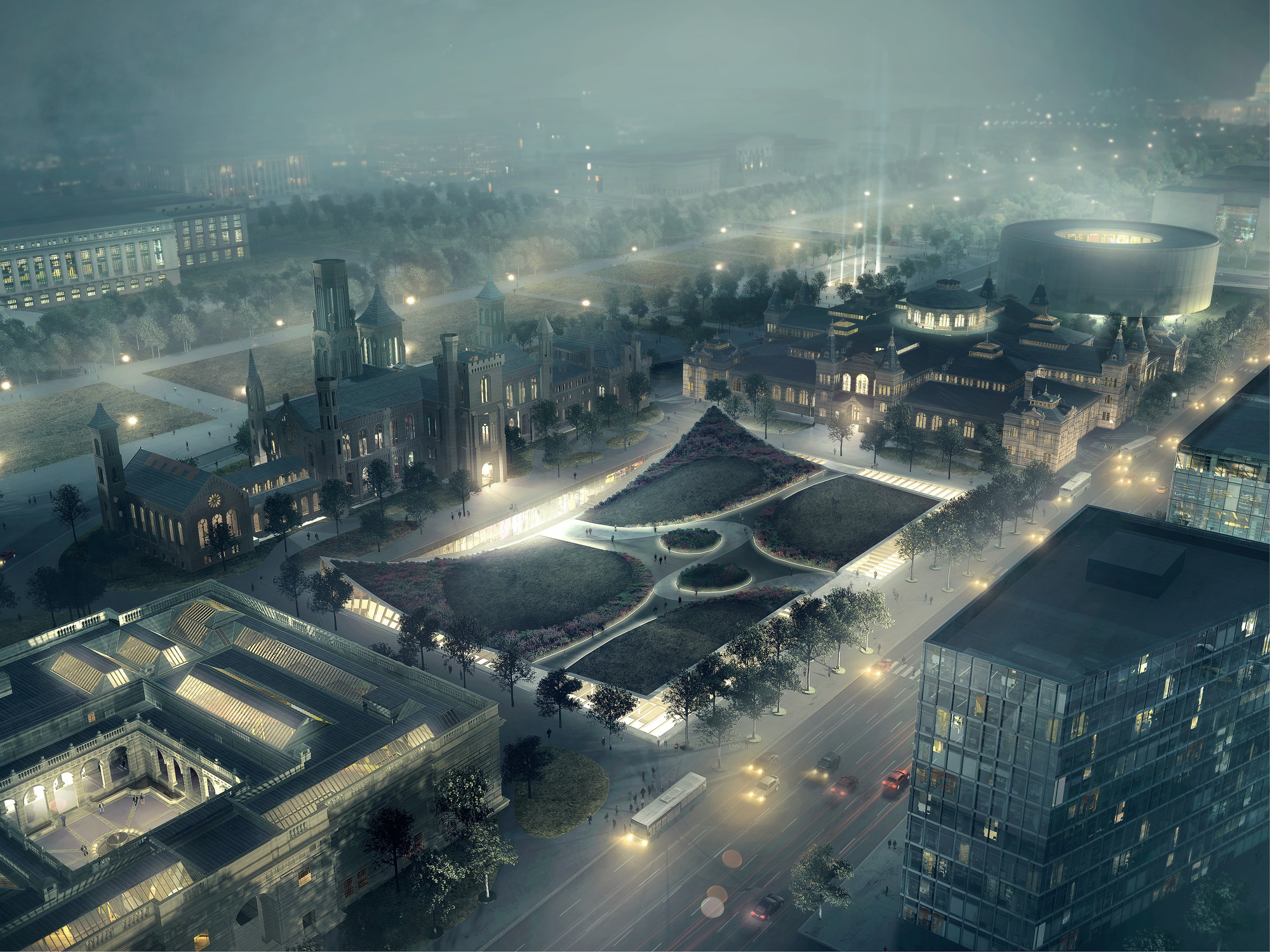 The site in question includes some of the Smithsonian’s oldest buildings, including a “castle” that was built in 1855, which itself will soon be restored to serve as the centerpiece of the entire redesign. BIG hopes that by rejuvenating the Castle, they will take away its cold, practical feel (it’s currently being used as an administrative center) and use it to enhance the visitor experience by focusing its development on public access.

Located in front of the Castle is the Enid A. Haupt Garden and underground Ripley Center. The new masterplan calls for part of the garden to be “peeled up” in order to showcase the Sackler Gallery and National Museum of African Art below it, similar to the style of Paris’ Louvre Museum. The BIG team is also planning to demolish the large and isolating concrete wall situated in the National Gallery of Art Sculpture Garden, opening things up to allow fluid access to the National Mall and creating an outdoor area perfect for larger art installations.

The Bjarke Ingels Group is a London, New York, and Copenhagen-based firm that was formed in 2005, consisting of designers, architects, urbanists, inventors, researchers, and landscape professionals. The firm is well known for its involvement in international projects that combine technological achievements, economic systems, and global communications.

Their website reads: “Like a form of programmatic alchemy we create architecture by mixing conventional ingredients such as living, leisure, working, parking, and shopping. By hitting the fertile overlap between pragmatic and utopia, we architects once again find the freedom to change the surface of our planet, to better fit contemporary life forms.” 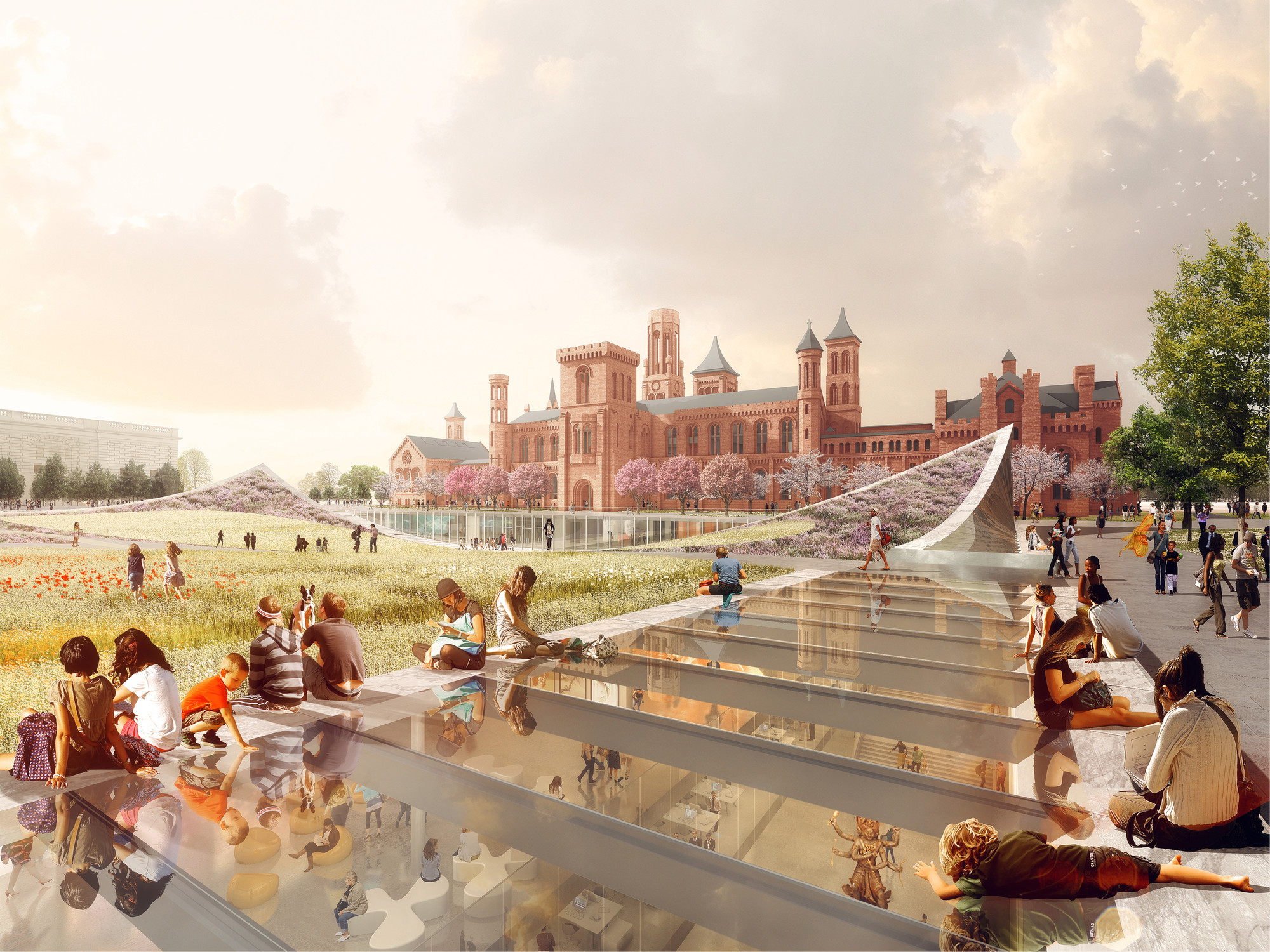 BIG is determined to preserve the historical elements of the Smithsonian campus, having been extremely selective of the architects they’ve brought on board to help with the transformation. Ultimately, their goal is simply to bring modern accessibility to an authentic build, allowing more people to enjoy the things that history has gifted us. The institution’s old buildings are going to be enhanced in terms of strength and utility, but they will still retain their original characters.

The project is expected to be completed in 2034 and will span an area of 123,703 square meters. We can’t wait to see how it all comes to fruition!