Paper airplanes have come a long way since you and your classmates perfected your folding technique all those years ago — but you can still put those skills to good use. A new gadget called the POWERUP takes your best paper airplane designs higher than you could ever throw them on your own. 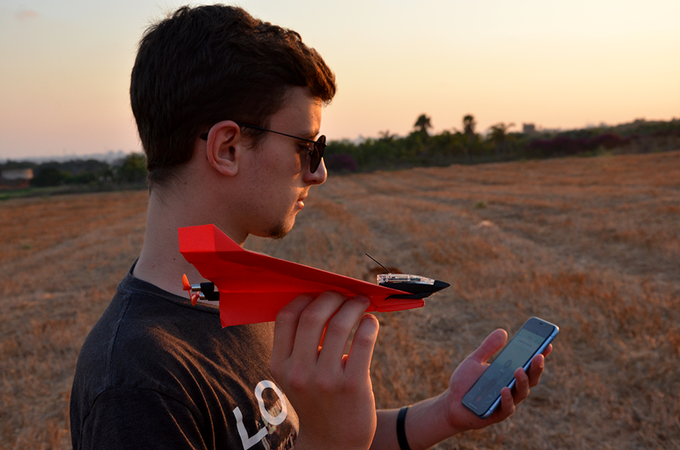 Start with your own paper airplane, which could be made of paper, card stock, cardboard, balsa wood, or foam. Then attach the POWERUP module, which is connected to a pair of propellers, to the tip. This module also contains an onboard flight computer with autopilot, gyro accelerometer, flight telemetry, and night flight abilities, allowing you to control the airplane remotely with your smartphone.

The creators of the POWERUP just released version 4.0 of their design, adding some new features to their previous kit.

They explain: “POWERUP 4.0 is the smartest, most intuitive paper plane kit we’ve ever made. It makes it possible to fly with ease and smoothness in a variety of conditions. Say goodbye to nosedives and choppy flights. We’ve added a new on-board flight computer and two new sensors: gyro and accelerometer, combined with two thrust vectoring motors.”

“That means flying POWERUP 4.0 is smoother than ever, and can now do all this: easier aerobatics (master impressive tricks with ease), wind stabilizer (so you can fly in windy conditions), launch assist (even bad launches will recover and fly), and auto stabilizer (so even your lopsided folding technique flies remarkably). That’s right. POWERUP 4.0 can auto-loop. So you can master tricks and awesome aerobatics by simply pressing a button. We’ve [also] added two high-speed motors to POWERUP 4.0. That means you’ve got double the thrust, additional maneuvering possibilities, and sharper turns. And together with the flight assist, you can fly just about anything.” 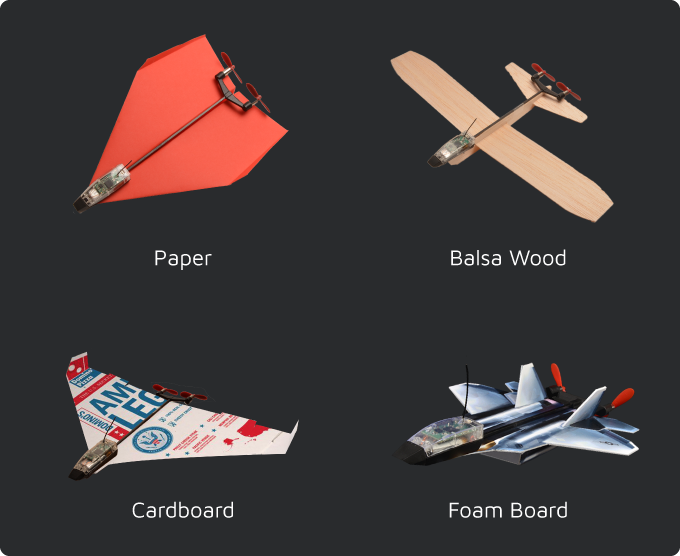 Adding flight telemetry and stats to the package means you can “learn to fly like a pro” using real-time analytics like heading direction, thrust level, and turning angles. You can even download your flight data to optimize your techniques.

Optional LED lights make it easy (and fun) to fly the POWERUP 4.0 at night, and don’t worry: the soft front bumper of the onboard computer will protect it if you accidentally fly it into a wall or the ground. The POWERUP even gives your paper airplane its own landing gear in the form of two rear wheels and one front wheel, making it possible to launch off a surface instead of using your hands.

The whole thing weighs just 19 grams, and it takes 25 minutes to charge using a micro USB, with a wireless range of up to 230 feet. If there’s one caveat, it’s the fact that you only get 10 minutes of flight time per charge.

Sure, you could get any number of drones or flying gadgets that don’t require you to build any of the components yourself. But participating in the creative process is part of the fun, and it’s a great skill to encourage kids to learn. That makes it a great gift for any budding engineers in your life.

“This adds a layer of fun and wonder to the project, yet it also adds an additional challenge because students are adding an engine and a power source that must be balanced on their plane’s design,” says Mark Gerl, Director of Innovation at the Fulton Academy for Science and Technology. 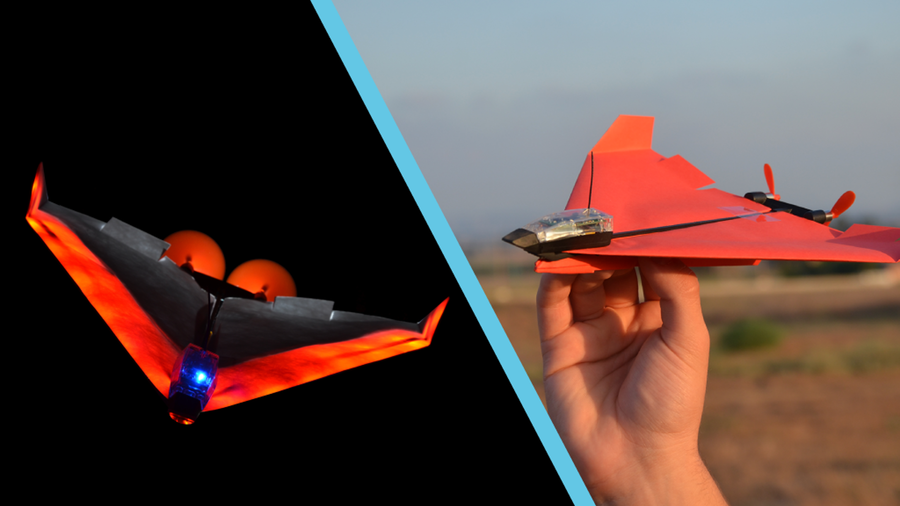 The POWERUP 4.0 just completed a round of crowdfunding on Kickstarter, raising over $1 million USD to go into production. The kit will be available to the public at a retail price of $129 sometime next year.