Party boats are a luxury many people can’t afford, especially if they have no place to store one — but one Hungarian company is looking to make the kinds of outings bragged about by rich TikTokkers a lot more accessible to the average person. Designed by DDD Manufaktura, the Portless Catamaran is a dual-deck electric boat that can hold as many as eight people. On top of that, it’s inflatable and packs down to an ultra-compact size when it’s time to take it back home. 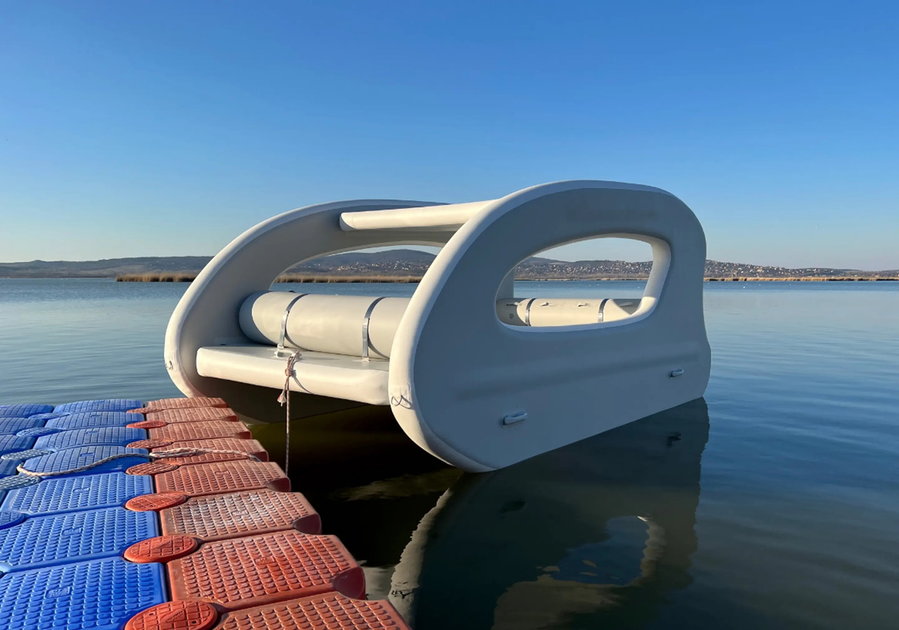 Looking at the design, it’s clear from the outset that the Portless Catamaran isn’t going to win any awards for aesthetics or speed. Then again, that’s not really the point of this ultra-lightweight vessel. It’s a big step up from a simple raft, or even the kind of small, sub-$10K boat you might tow with a trailer. You could try to cram a lot of occupants on either of those, but it won’t be safe, and it definitely won’t be comfortable. The Portless Catamaran, on the other hand, has enough lounging surfaces to go around. 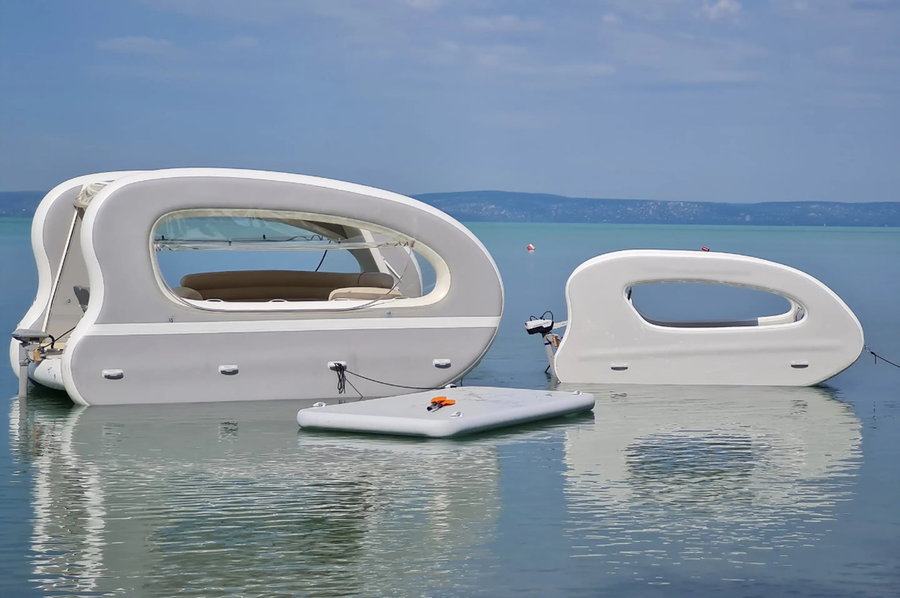 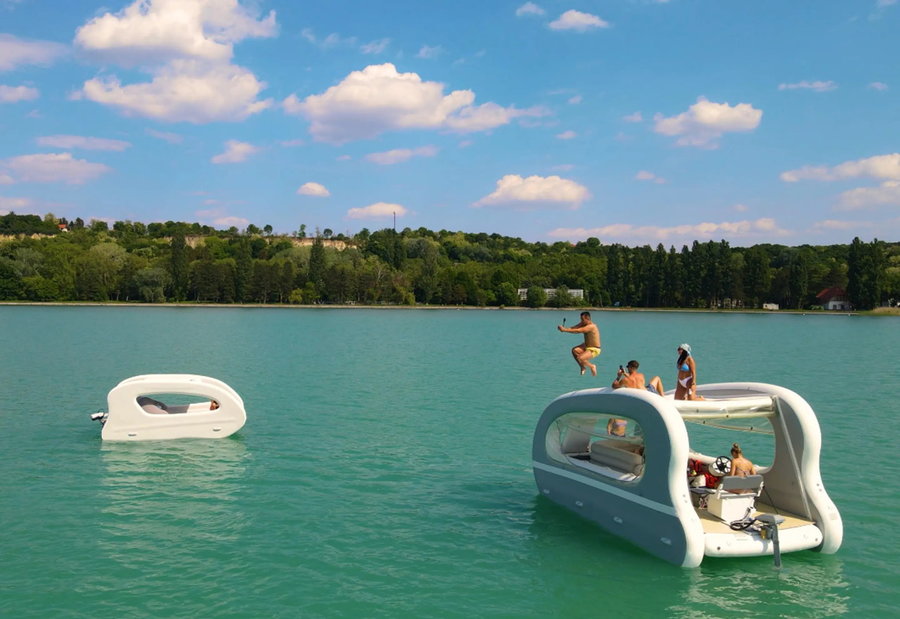 The inflatable catamaran comes in two sizes: a smaller standard version measuring 14.8 feet long that can support four to six people, and the larger Deluxe Catamaran that measures 19.7 feet long and is safe for up to eight occupants. Unlike the kind of folding fabric shade top seen on many pleasure crafts, this catamaran’s “roof” is strong enough to use as a second deck. The main deck of the standard size model measures 97 square feet, and the upper deck offers 32 square feet while holding up to 350 pounds. Ladder-like steps built into the side wall offer access from below.

The standard size Portless Catamaran starts out as a compact 265-pound package that fits in the trunk of a car. You’ll definitely need a few people to get it in and out, but what other kind of boat can be transported to the water in a Kia sedan? You’ll probably need a trailer to transport the larger version, since it weighs 772 pounds, but the Deluxe still breaks down into four pieces that zip together. The creators say you can get the standard size out of your vehicle, inflated, and launched in less than 10 minutes, while the deluxe takes about 20. 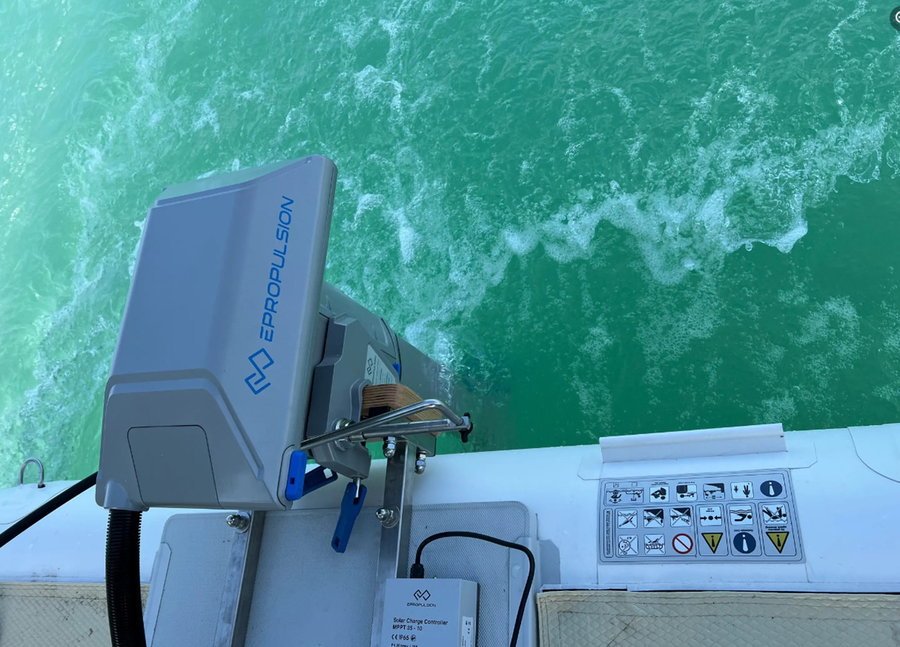 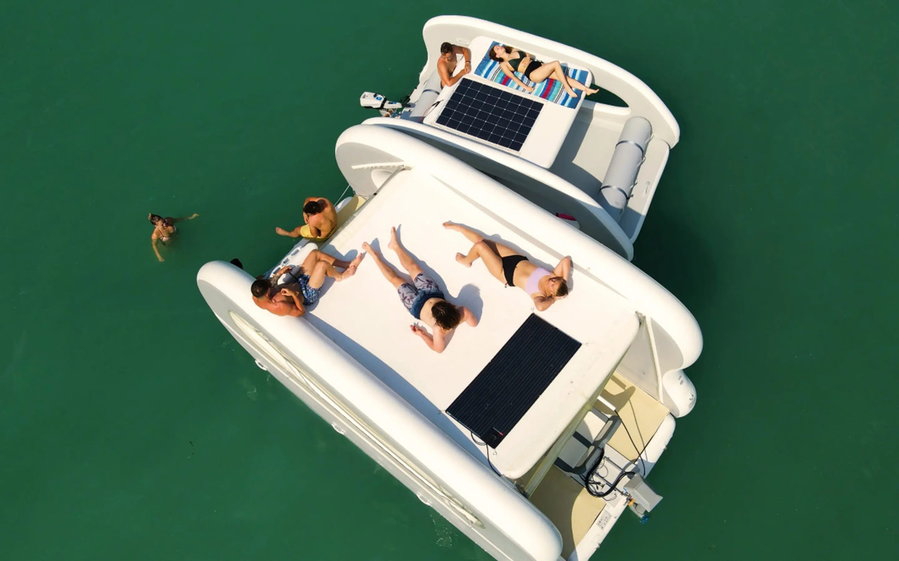 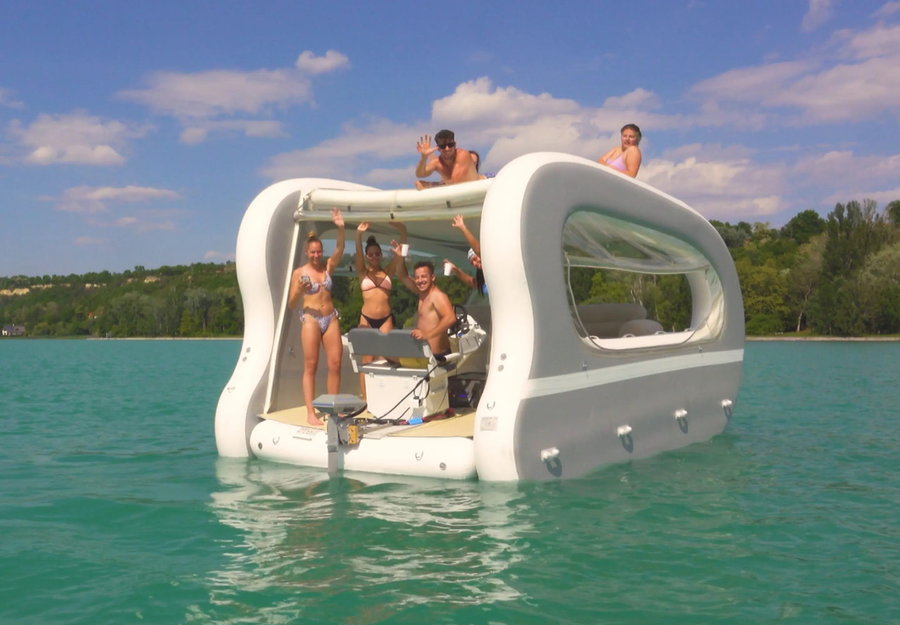 The vessel is made with the same type of materials and construction as inflatable paddle boards, equipped with a small 1-kilowatt Epropulsion Spirit 1.0 Plus electric outboard motor and lithium-polymer battery powered by a flexible solar panel. It’s not clear exactly how much of a range you’d get with those specs, but it’s probably safe to say you shouldn’t plan to cruise around for hours on end. 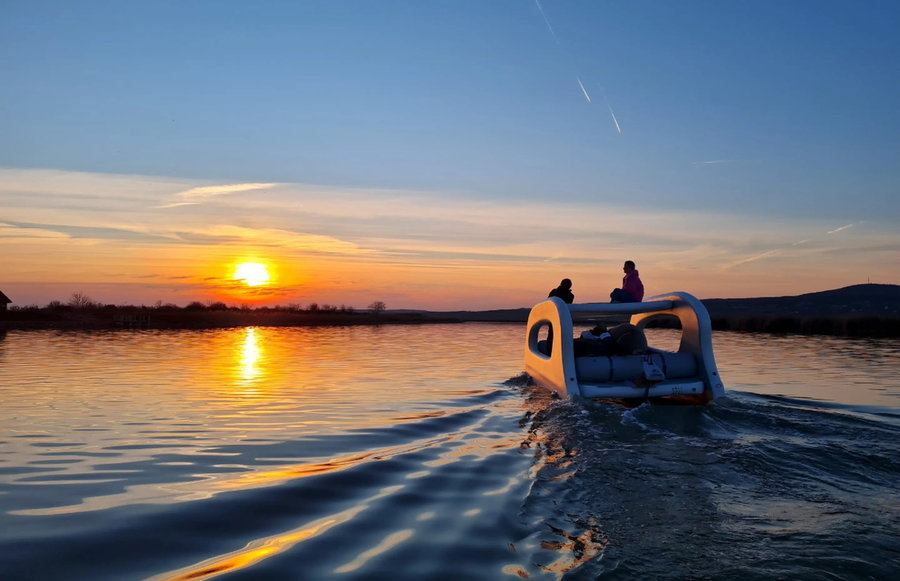 Okay, so the experience probably doesn’t come close to a day out on a billionaire’s superyacht, but the Portless Catamaran still looks extremely fun to use. The motor will definitely allow you to jet out to the open water to find a prime spot away from the crowds for swimming, diving, sunbathing, and whatever else you might get up to. With prices starting at $12,375 for the standard Portless Catamaran and $23,750 for the Deluxe, it’s reasonably affordable, too, and it could even work for people who don’t have a garage or driveway to store it.