Humans weren’t meant to be shut away in airtight boxes with inadequate access to daylight and fresh air, but unless you’re lucky enough to get a corner unit, you’ll usually end up with at least one dark windowless interior room in your apartment. Some people are willing to give up an open, airy feeling in favor of the privacy enclosed rooms provide, but rethinking conventional layouts can offer a boost to both mental and physical well-being. 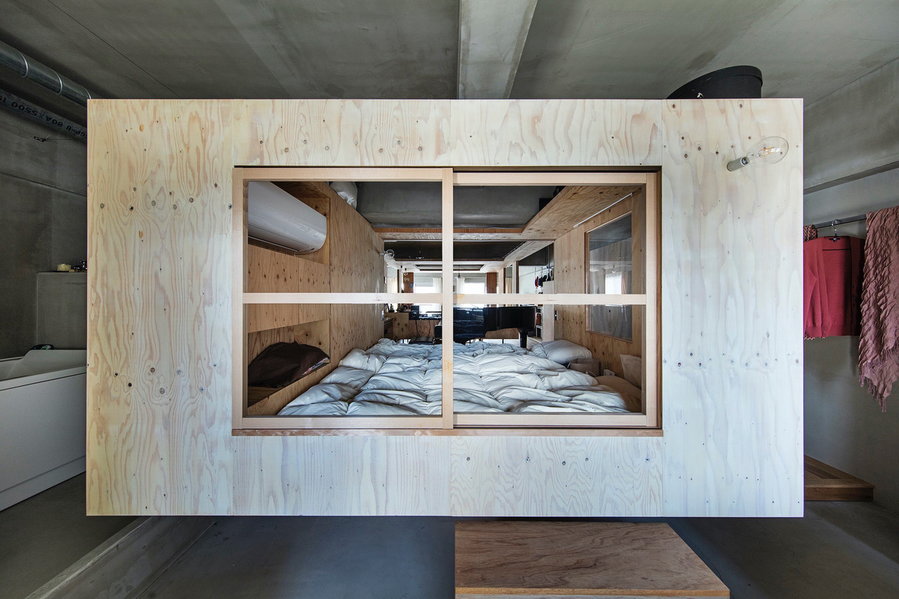 In Kyoto, the interior walls within an apartment on the fifth floor of a 40-year-old building failed to take advantage of both a prime corner location and beautiful views of the landscape outside. The small spaces along the exterior walls were the only rooms to see daylight, which made the rest of the unit feel dark and unwelcoming. 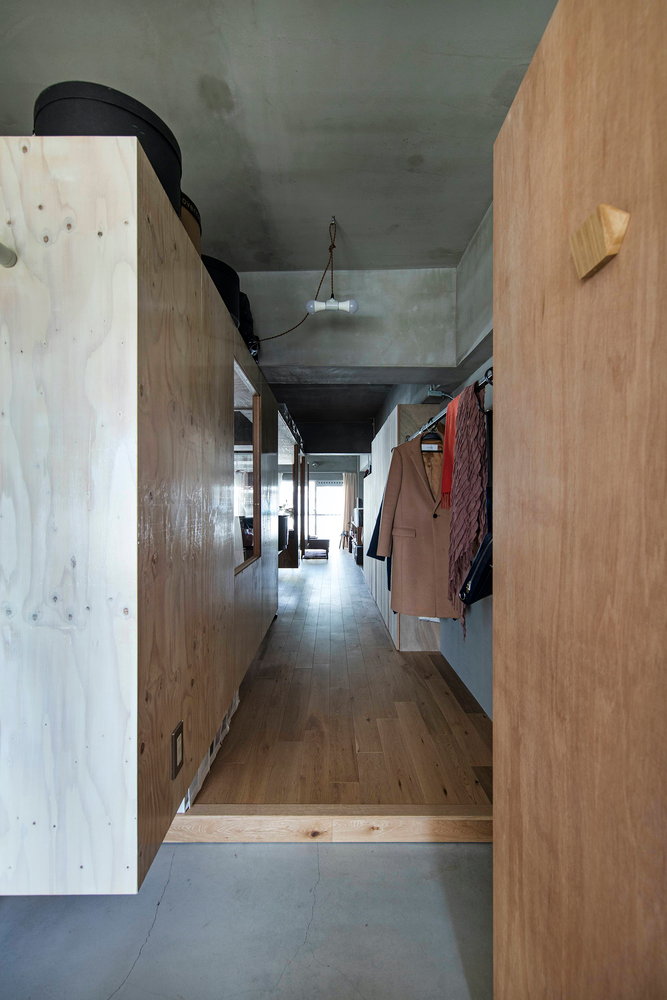 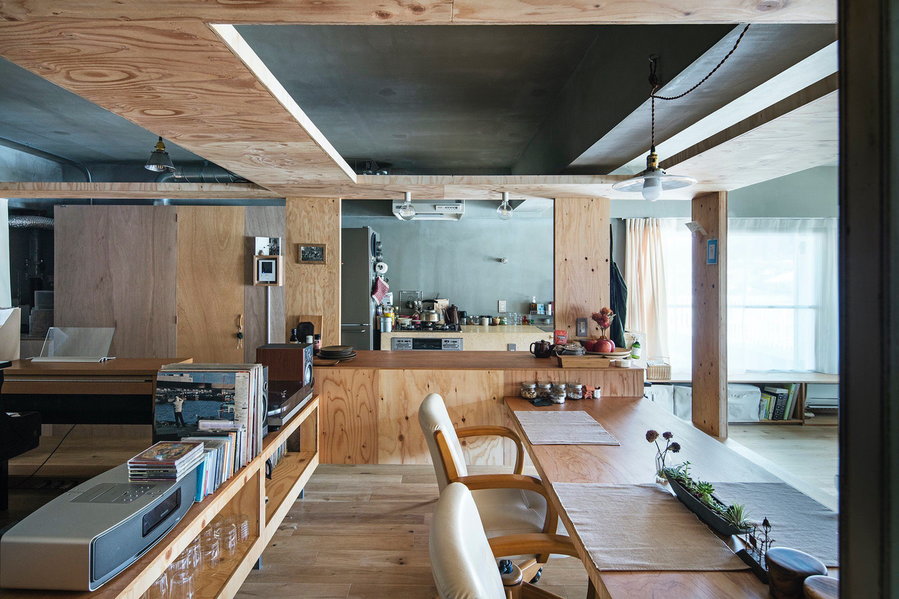 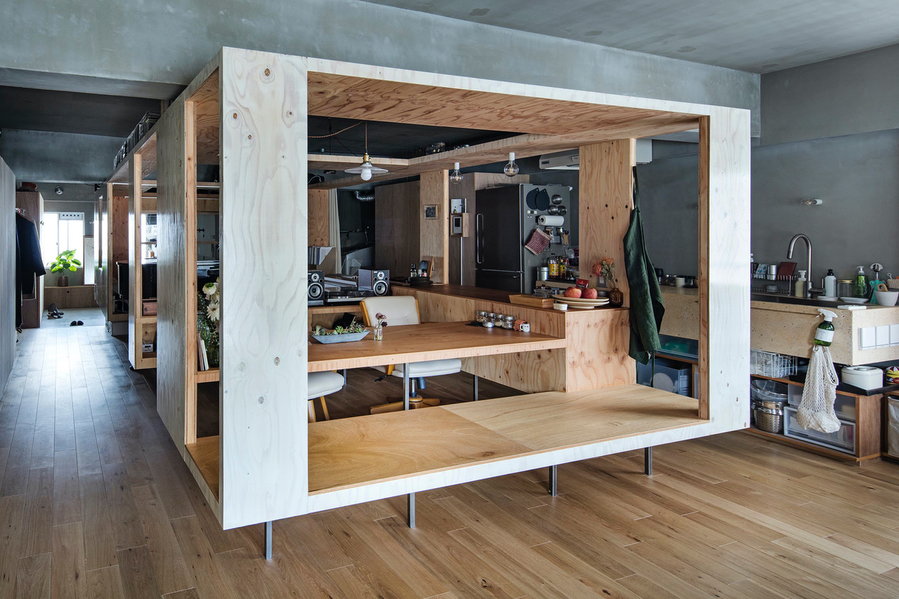 Japanese design studio YAP, led by architect Yamaguchi Akito, was tasked with updating the residence for the 21st century. The first thing they did was knock down the existing interior walls to prepare for a new layout. Once the partitions were gone, Akito was struck by views of the wooded hills across the street, which are full of temples and hot springs. “Isn’t it possible to create a space on a calm scale where you can feel this comfortable light and wind throughout the house instead of dividing it into rooms?,” he thought to himself. 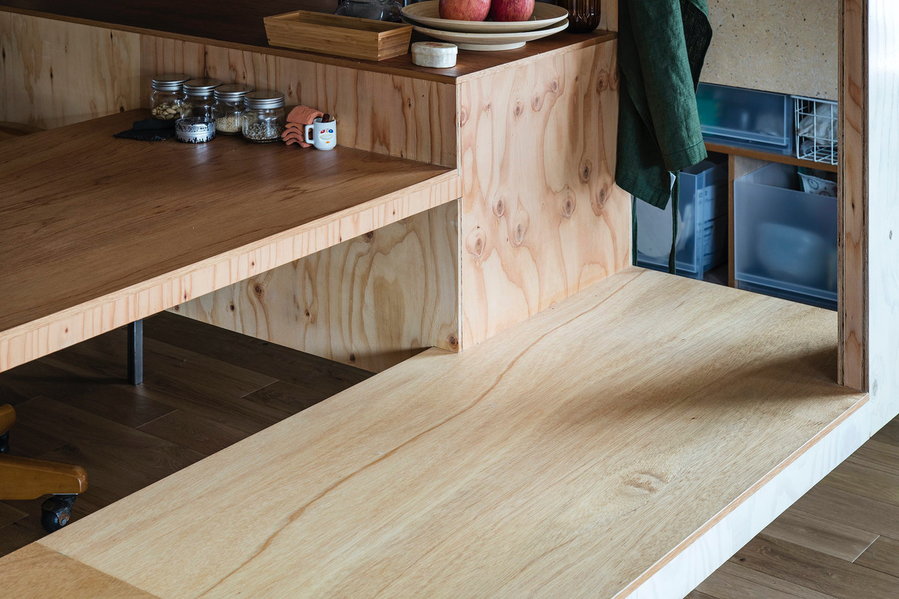 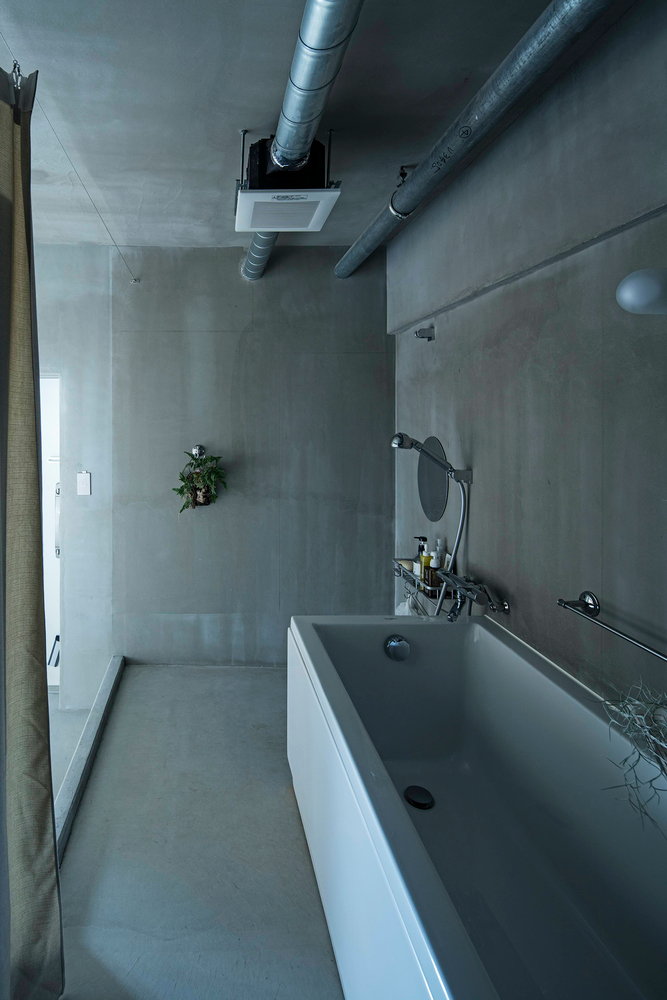 His solution finds a compromise between distinct, enclosed spaces and a completely open studio. Instead of partition walls, he would define the various zones of the house using open plywood boxes as rooms-within-rooms. Filled with built-in furniture like benches, tables, counters, and bed platforms, these new spaces allow a clear view of the windows and balcony from even the innermost wall of the apartment. 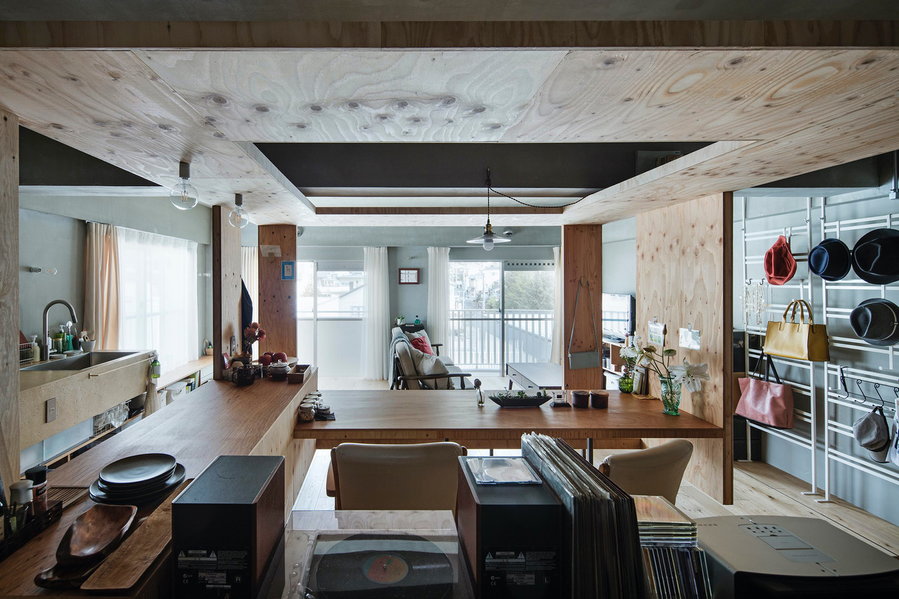 The architects explain: “Considering the skeleton of a single room as a site, a porous ‘nest’ with a width of one and a half (2.7 m) and a depth of four (7.2 m) was constructed in the center of the house. It is a three-dimensional object made of 25-mm square steel pipes that connect the rigid and strong RC skeleton of the condominium and the furniture that creates the living scenery. A bedroom, piano space, and dining room are located inside. Light entering from three directions creates shades of brightness due to the presence of three-dimensional objects. This is a proposal for a renovation method that creates a place by building a ‘nest’ instead of creating a place by finishing the partition wall and surface.” 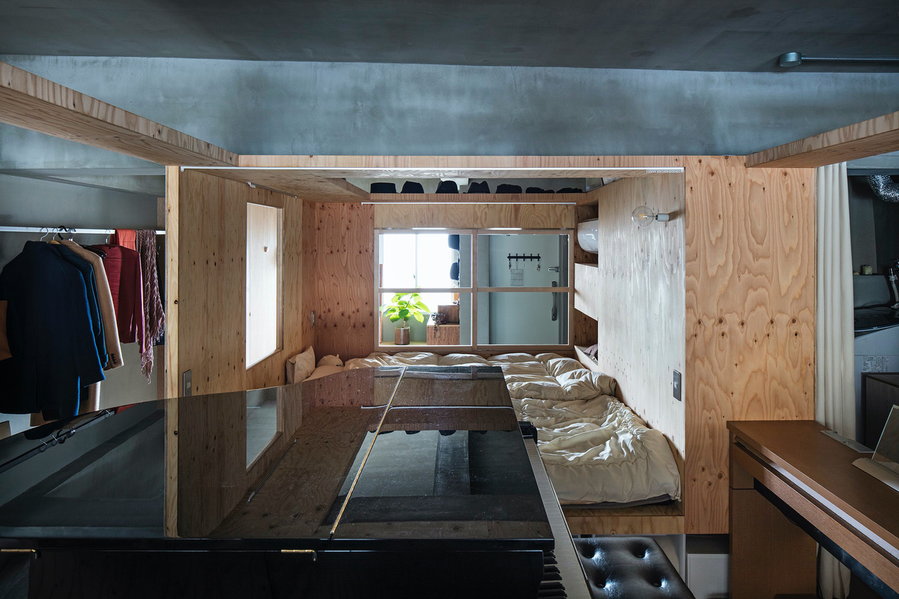 The use of budget-friendly plywood makes this concept easy to imitate, and with much of the wood left unfinished, it brings a new sense of warmth and connection to nature to a space that consists mostly of hard, cold concrete. The boxes can also be dismantled and removed in the future without requiring significant renovations or yielding much waste, in case the occupants decide they want a different layout. Private spaces and storage areas like bathrooms and closets are fully enclosed along the perimeter walls. 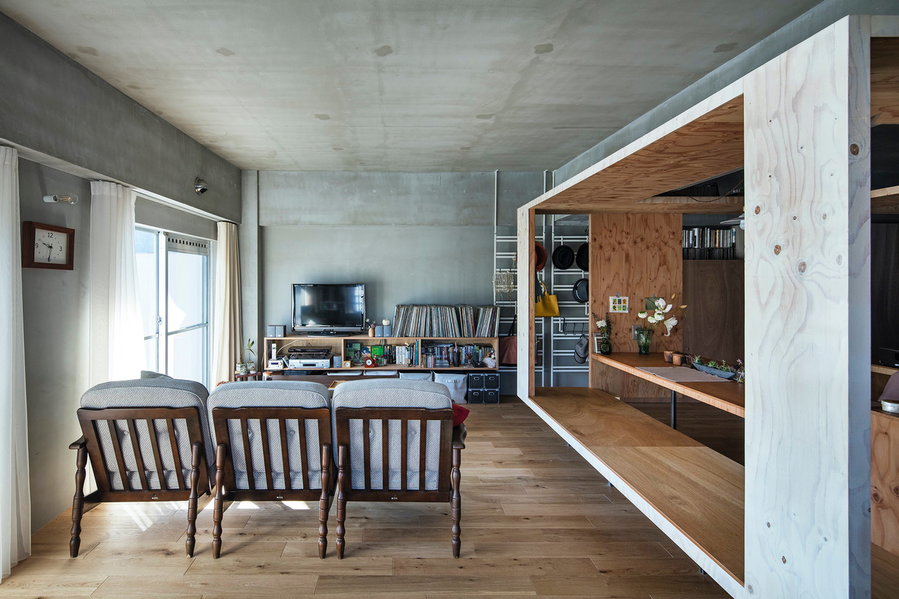 Akito’s design philosophy centers upon the question, “Who is architecture for?” Noting that our built environments have strayed further and further from nature in recent decades, he says there’s a disconnect between what people want and need from buildings and what architects, developers, and building managers tend to provide. “I want to share the opportunity to regain the lost trust of architecture,” he says.