Past generations of humans left behind some of the world’s most amazing monumental legacies, including projects so large and complex we still haven’t figured out how they managed to build them. The Great Sphinx of Giza, the Pantheon in Rome, Chichén Itzá in Mexico, the Ajanta Caves in India, and of course, England’s Stonehenge are just a few examples of stunning structures built with such skill and precision that they still stand today, many thousands of years later. 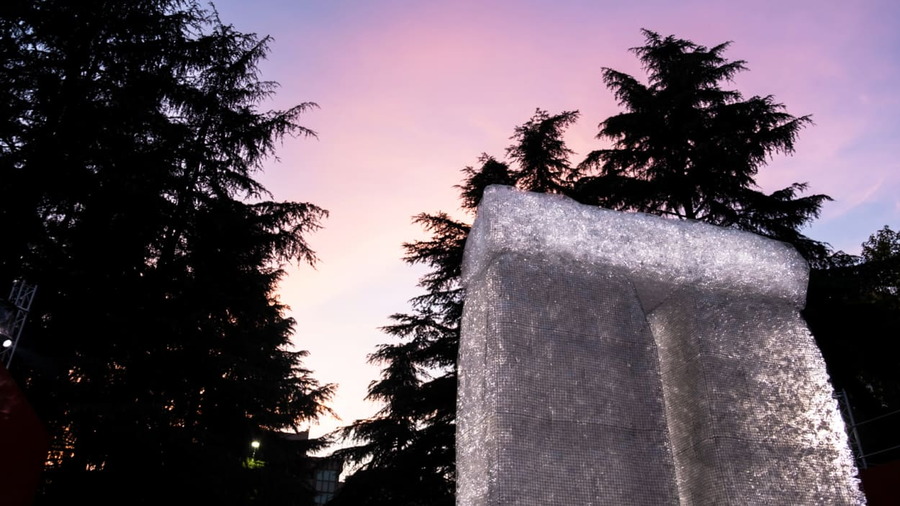 What will characterize our own time on Earth? Sadly, it seems like the most enduring thing we’ll leave behind is trillions of plastic particles that will still be present in every corner of the globe 1,000 years from now. London architecture firm Vatraa makes this point in vivid fashion with “The Plastic Monument,” a roughly 21-foot-tall Stonehenge replica standing in a plaza in southern Milan. Winner of National Geographic’s 2019 “Planet or Plastic” design competition, the sculpture is made out of 16,000 recycled plastic bottles. 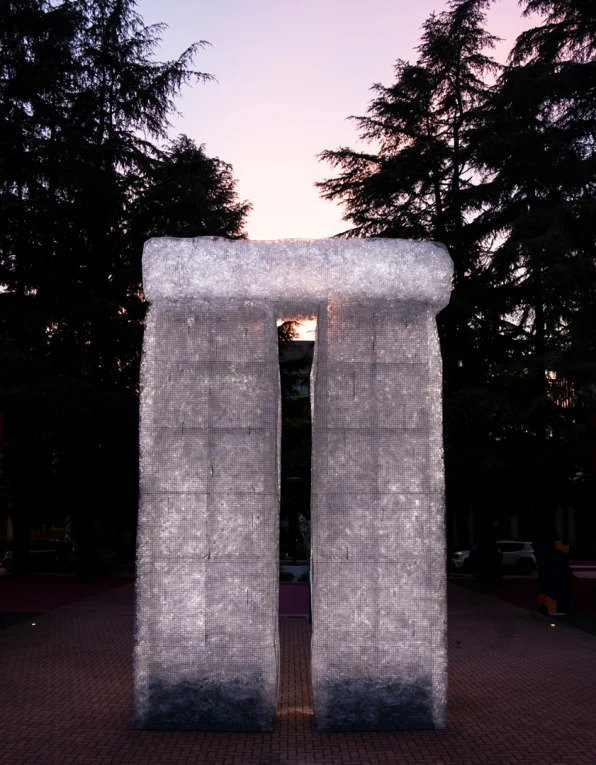 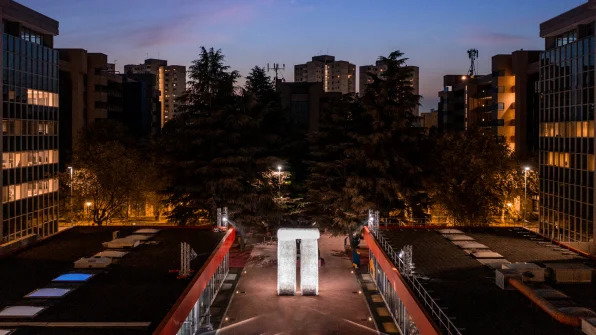 “Taking the form of a trilithon, one of the oldest forms of structure inherited from our ancestors, the monument draws the attention to the consequences of our actions in the long run, to the fact that what we are doing today might stay on Earth forever,” say the architects. “The installation poses a stark contrast between a single-use, disposable material and the eternity of the trilithon. Made of pressed PET bottle bales — the raw material for the plastic recycling plants – it educates the public into the recycling process by illustrating its first steps, just before the material is shredded, washed, and melted into new bottles.” 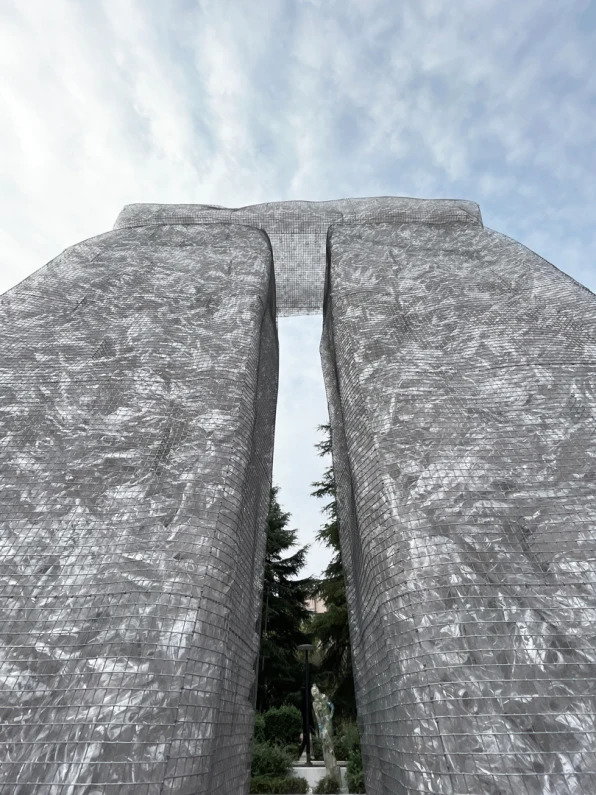 Thousands of crushed bottles are held together in three stone slab-like rectangular shapes made of wire mesh, making it clear that the “monument” is made of single-use plastic trash. It sits on two solid steel blocks as a foundation and stands just slightly smaller than the real Stonehenge. That enables it to stand up to strong winds — and be disassembled for display in other cities in the future. 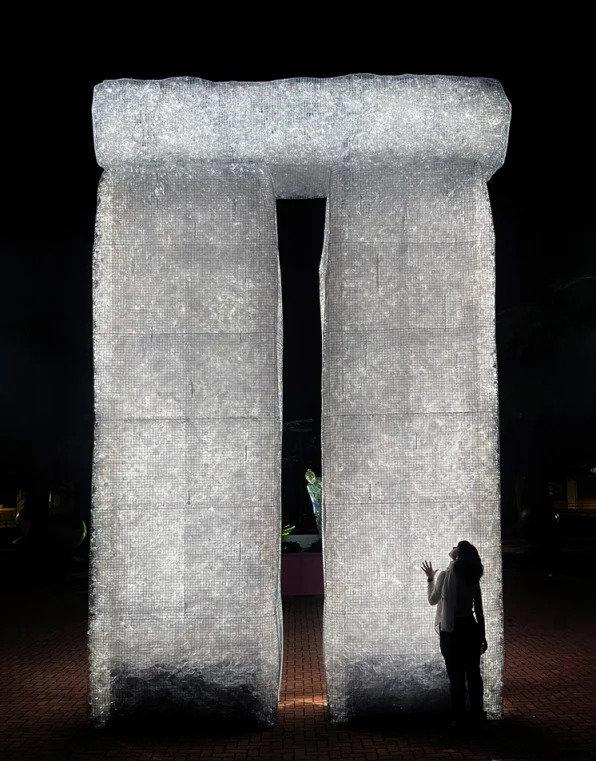 “When we think of what our ancestors left to us, we think of real assets made of brick or stone, like the pyramids, the Colosseum, or Stonehenge,” says Bogdan Rusu, founding partner at Vatraa. “But part of our legacy to the next generation might also be plastic waste…Hundreds of years down the line our great-great-great grandchildren might find disposable plastic items that we just got rid of today because it was so convenient to us.”

If you find that to be a depressing thought, then the monument has done its job. Whether our actual contemporary architectural creations someday become their own “ancient monuments” may not matter. Even if humanity survives the coming climate catastrophe, future generations will likely think of us in terms of the pollution we contributed to the planet rather than our more admirable achievements. 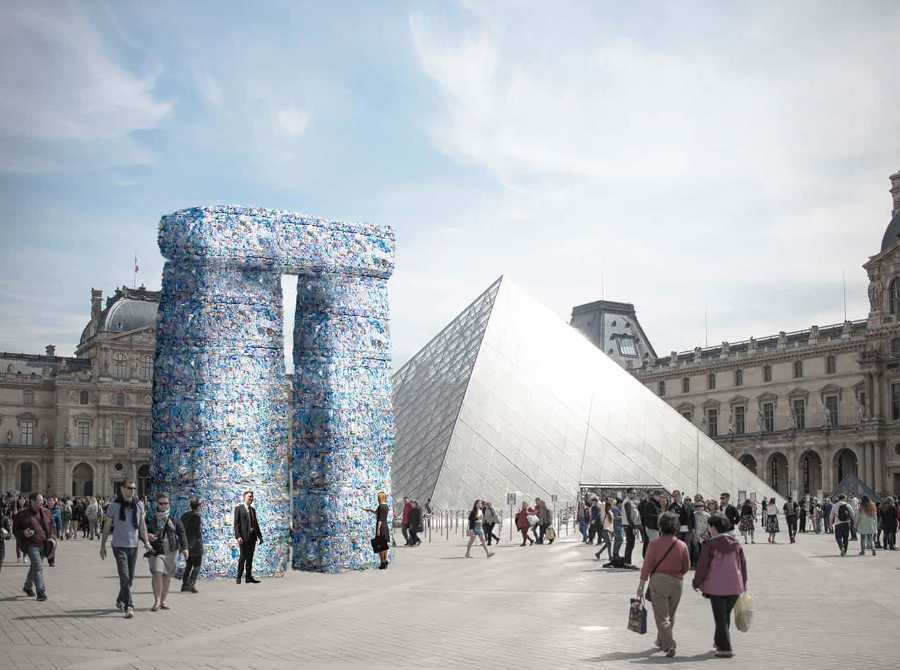 The Plastic Monument will remain on display in Milan until next October, when Vatraa hopes it will embark upon a world tour to spread awareness about the consequences of our collective actions.