More often than not, great ideas have humble beginnings. Such is the case with a new line of furniture by Dutch design studio OS & OOS. The studio’s latest collection is entitled “Tunnel” and makes use of pipes to form an array of unique chairs, tables, benches, coat racks, and cabinets. Comprised of duo Oskar Peet and Sophie Mensen (both of whom graduated from the Design Academy Eindhoven in 2009), OS & OOS was founded in 2011. The studio is still based in Eindhoven, and its goal is to “to find the balance between form, material, and their relation to the surroundings and the user. For [us], it is the constant search to find the essence in the complex that drives [us], taking an initial concept and working it into an object that conveys only what it is meant to.”

This ethos is very much apparent in their Tunnel collection, which drew from a variety of different contexts and sources for inspiration. 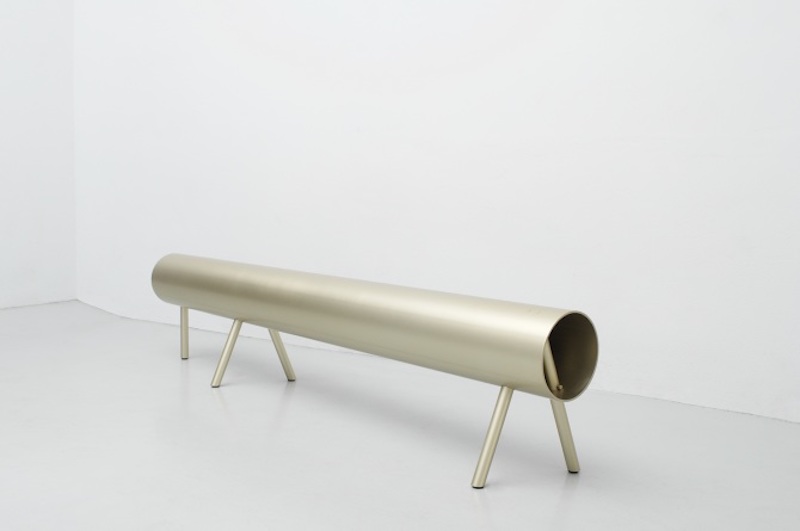 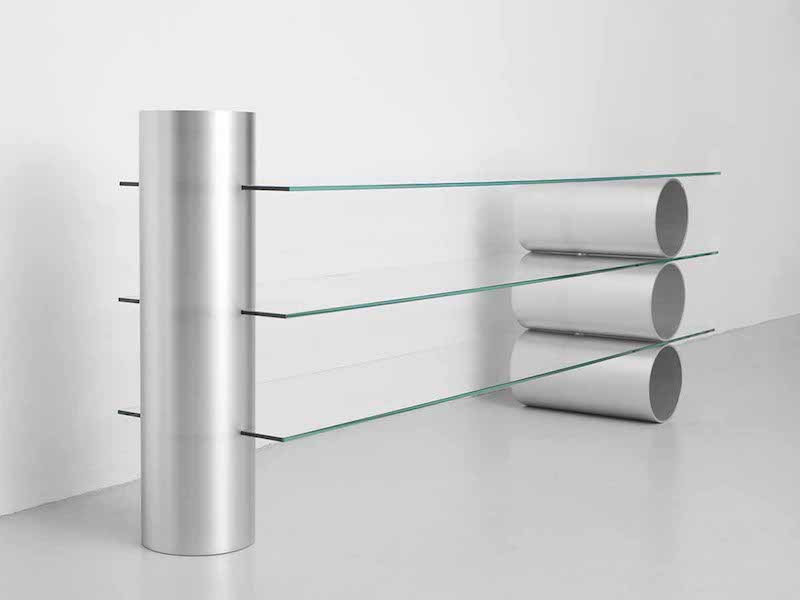 Influenced by tubular pipes, the timber trestles used for the cutting of lumber, and the material properties of aluminum, OS & OOS’s Tunnel collection straddles the line between industrial design and minimalism. Every piece was crafted using hollow aluminum tubes, whose slender feet are reminiscent of sawhorses. Peet describes his affinity for this carpenter’s helper, saying: “[b]eing from Canada myself, I frequently used a sawhorse for cutting fallen trees into smaller pieces to be later split and used for firewood. The construction of the sawhorse is rather clever and beautiful due to its simplicity and how well it fulfills its task. We saw a relationship between the extruded aluminum pipes and the logs and combined it with the sawhorse base to imagine a furniture collection.” 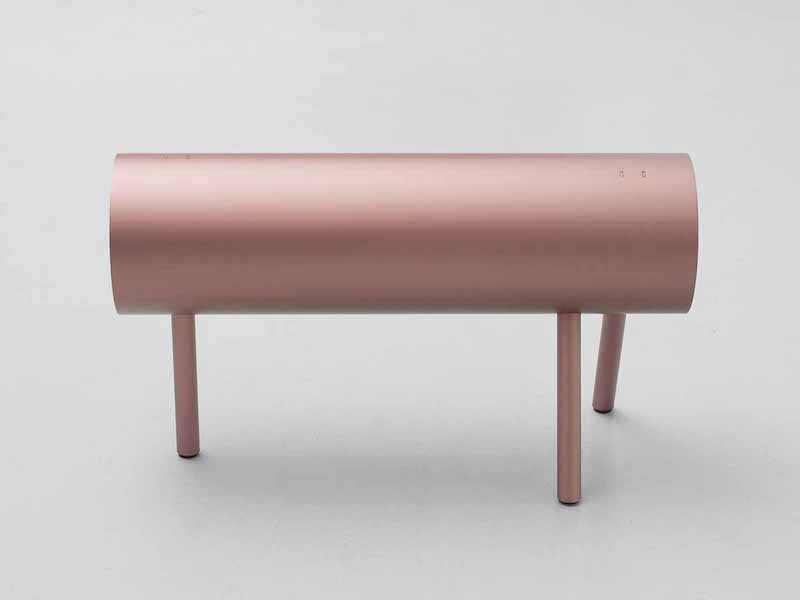 The duo decided to use aluminum because of its ability to be laser cut. This also allowed them to combine the pipe elements with glass (which can also be cut with a laser), giving them greater reign over the detailing and freeing them from traditional connection methods like gluing, fastening, screwing, and welding. Instead, they created made-to-order joints to work around the extremely tight constraints they were dealing with. The laser cutter allowed these parts to interlock, and with the help of a few minute, tapered aluminum elements, fit together in such away that prevents them from ever moving apart. Aluminum also proved to be an ideal material because of its lightness, durability, and recyclability. Still, its greatest advantage is easily its ability to be anodized, which means it can be turned a variety of different colors simply by oxidizing it. 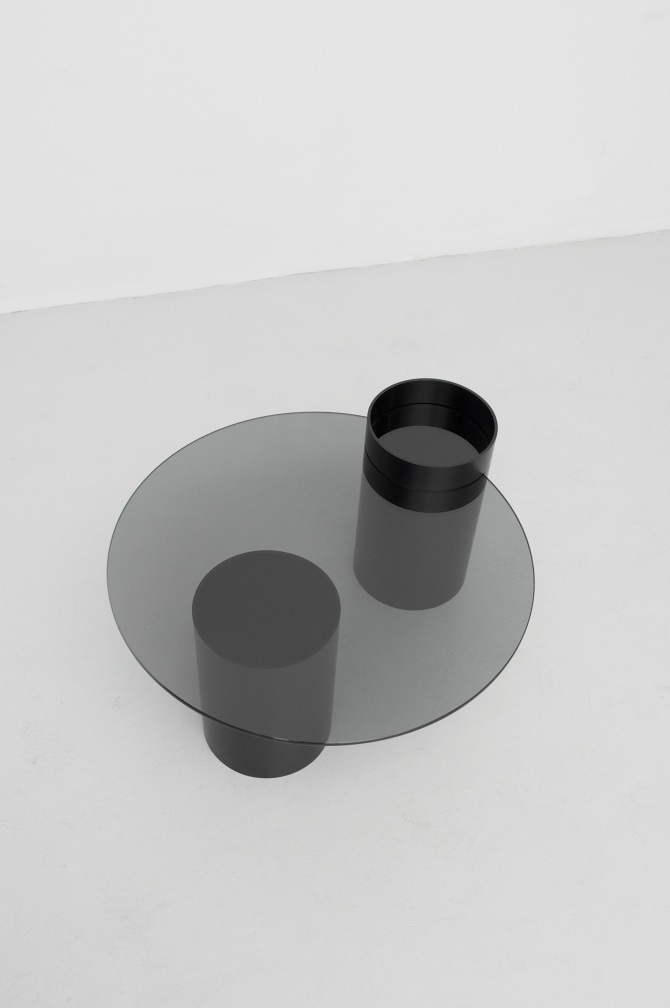 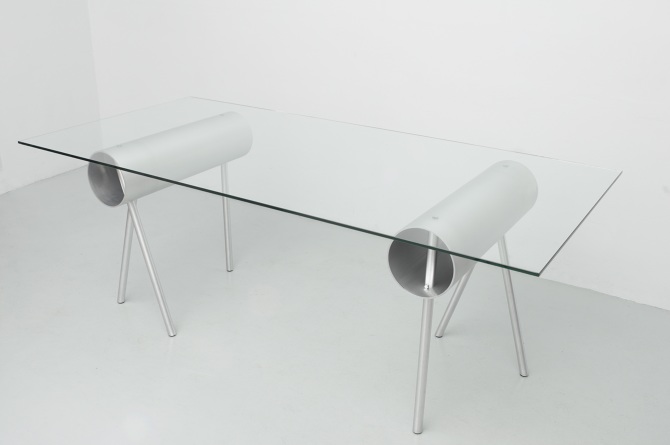 OS & OOS’s Tunnel designs fall neatly into the specific category that their designers have carved out for themselves in the world of furniture production: “The majority of work borders the line of design (in the industrial/functionality sense) and autonomous objects; best described as contemporary objects derived from concept, yet rationalized to give them purpose.” The studio’s stylish chairs, tables, benches, and coat racks are available in five different colors, including champagne, deep red, rose, and anthracite black.