When you glance at his most recent photo series, you might think you’re staring at avant-garde museum halls or the shiny machinery of industrial factories. But accomplished cellist-turned-photographer Charles Brooks’ “Architecture in Music” images are actually stunning glimpses into the bowels of some of the world’s most beloved musical instruments. 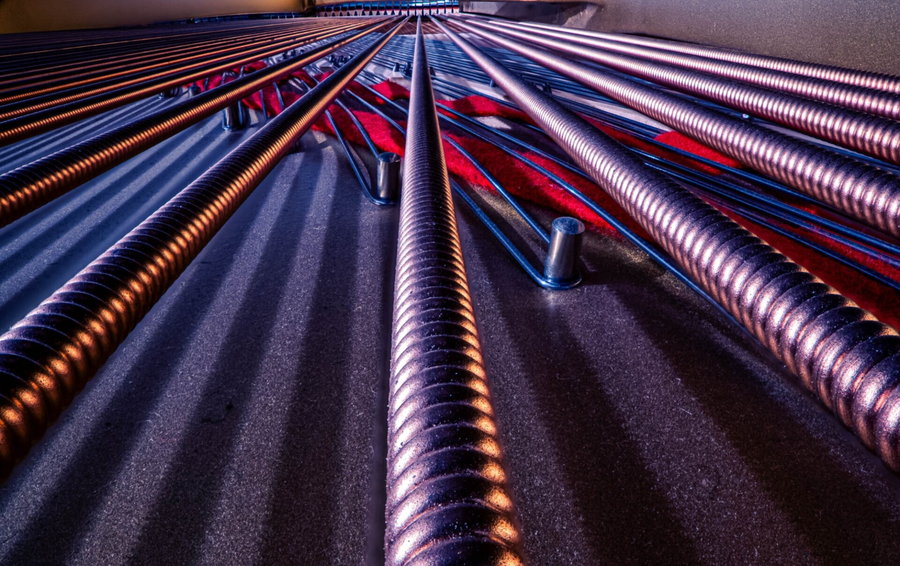 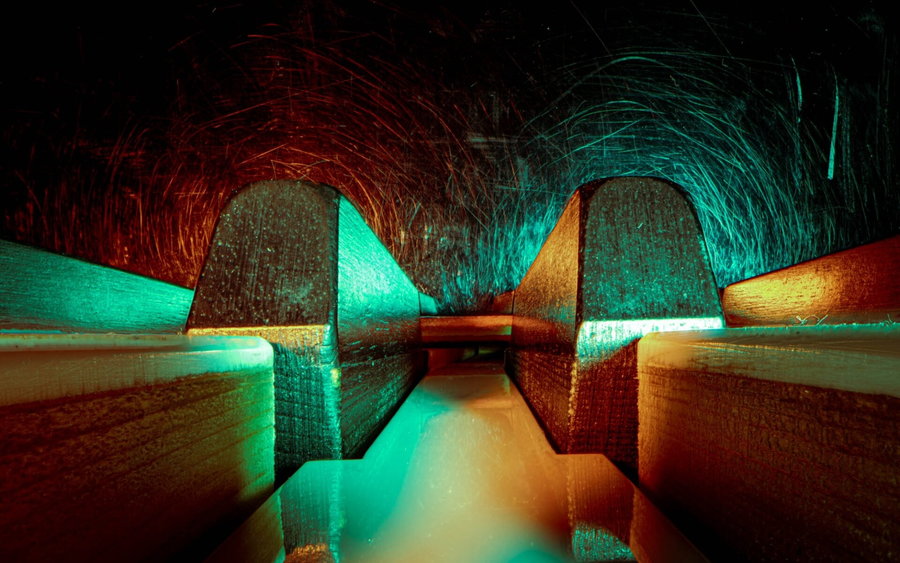 Using special probe lenses and high-resolution cameras, the artist peers into the cavities of a Steinway and Fazioli piano, a 14-karat gold flute, a 240-year-old flute, and even an Australian didgeridoo. But what makes this collection so breathtaking isn’t just the fact that it offers a view into typically unseeable spaces, but that it has been manipulated into brilliant, eye-dazzling art. 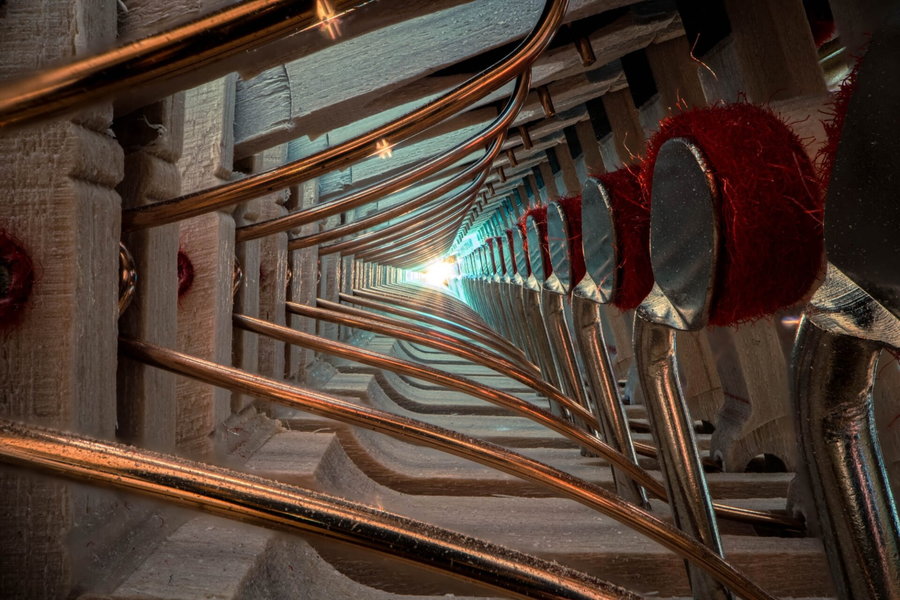 “I use a special technique called focus stacking, which has the effect of making these small spaces seem vast,” Brooks, a New Zealand native, says on his website. “This is a simple optical illusion. Our brains are wired to expect close-up macro shots to have a shallow depth of field. By combining dozens, sometimes hundreds, of shots, I ensure that the photo is sharp from front to back. This tricks the mind into believing that the image is of something much larger than reality.” 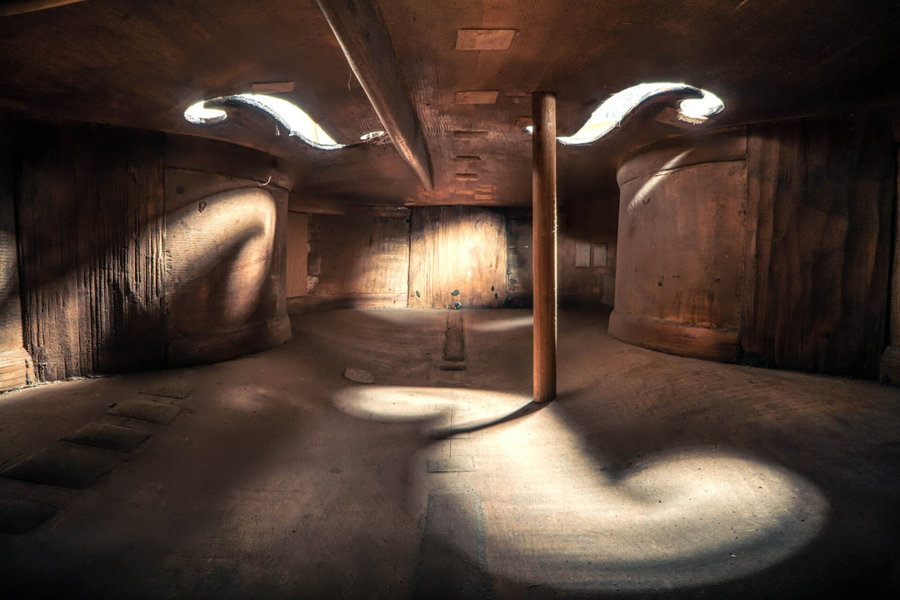 Indeed, his photos of the insides of a 1780 Lockey Hill cello look “vast and cavernous,” with the instrument’s f-holes casting light and shadows around what appears to be an underground chamber. 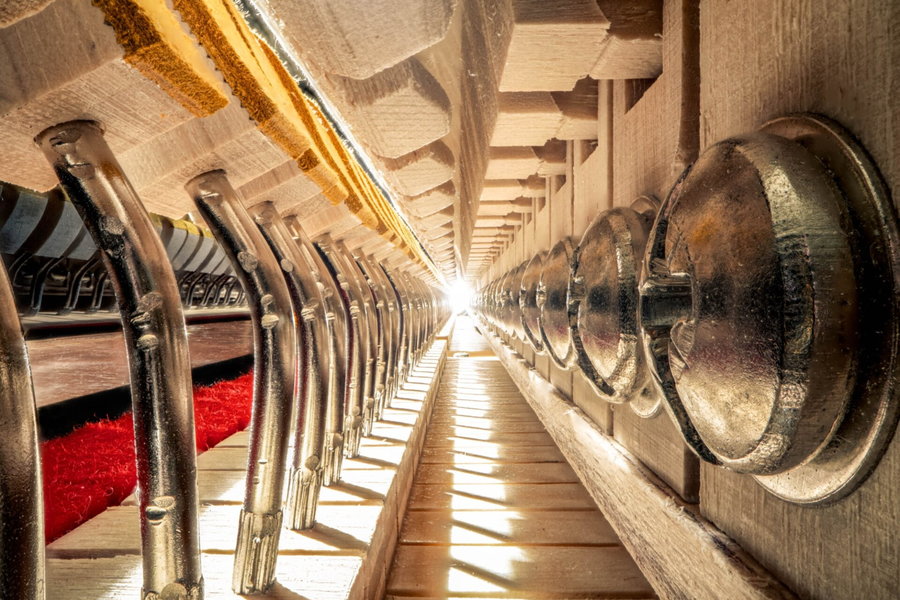 Brooks’ picture of the “sublime action” inside a Fazioli grand piano, considered by many to be the finest piano ever made, feels like it could be in the hallway of some glorious manufacturing plant with its gleaming, larger-than-life metal tubes and rivets. He revels in exposing a part of the instrument that is usually “familiar only to technicians.” With such an up-close view, even the smallest markings and imperfections are visible. 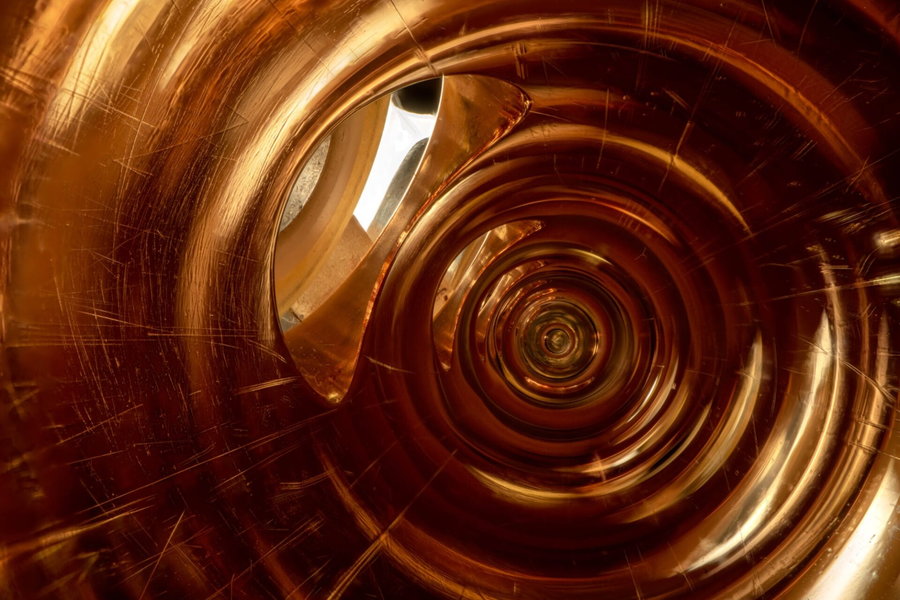 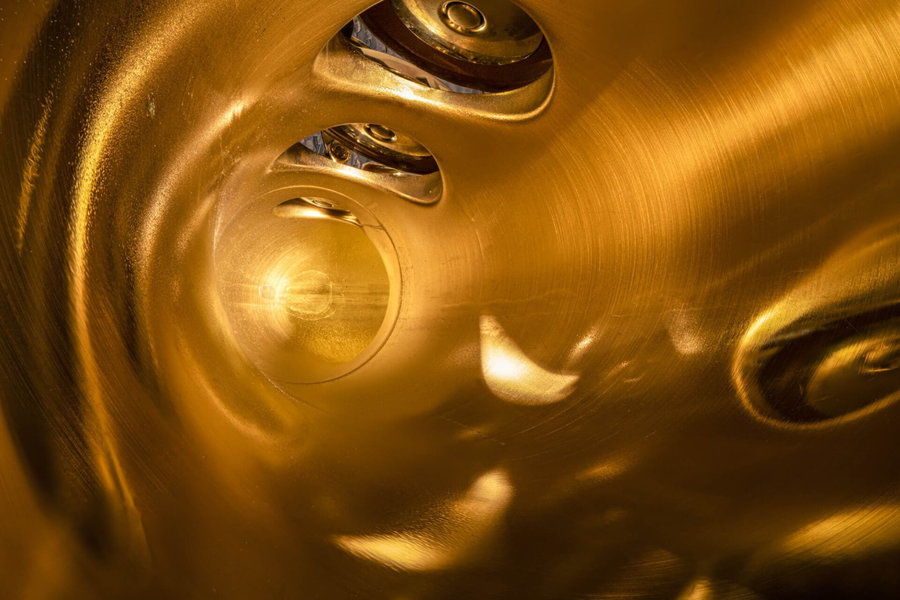 In other photos, the interior of a golden flute creates a seemingly infinite corridor of reflective circles, while the hollow of a saxophone bell gives the illusion of hidden moonlit caves. 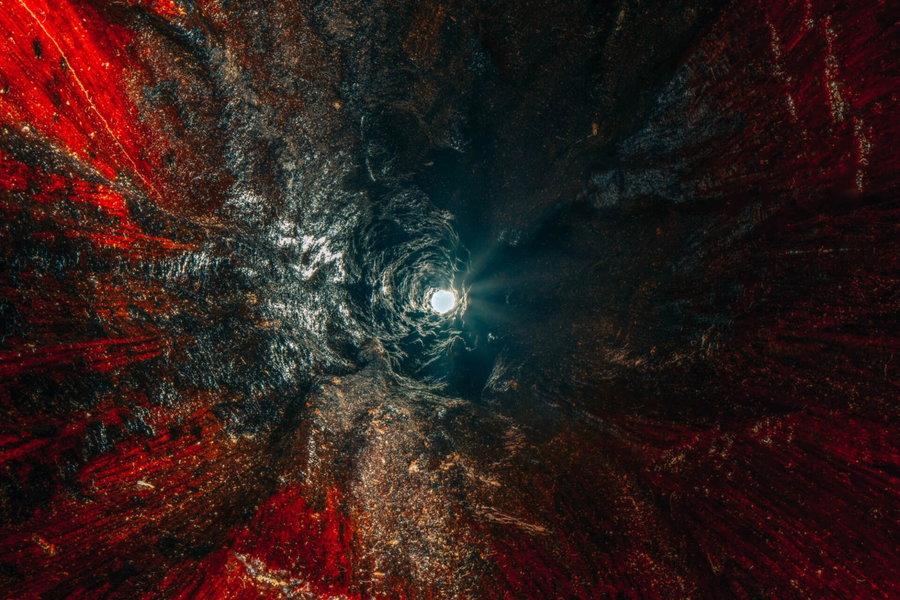 The project turned up some surprises for Brooks. For instance, when examining the innards of a didgeridoo, he was amazed to find that “these ancient instruments are not carved by hand but are hollowed out by termites. The resulting grooves and channels give each instrument a unique sound.” 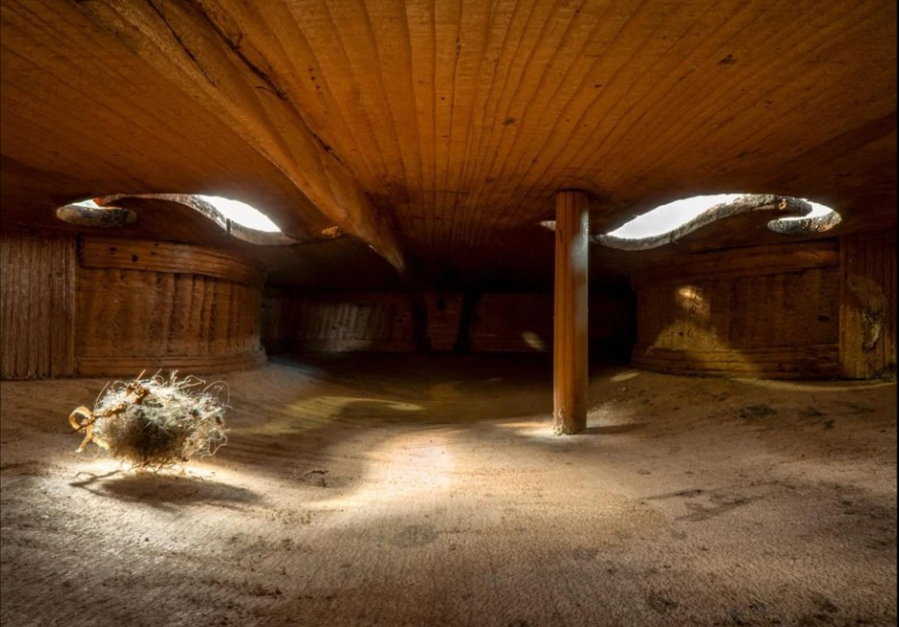 One photo even pays homage to the humble dust bunny. Introducing the viewer to “Fritz the dust mouse,” a cluster of microscopic dirt found inside a century-old Hopf violin, Brooks says such creatures exist in most string instruments. “When they are cleaned or restored, many musicians will ask for the dust bunny to be left in place for luck!”

Brooks spent 20 years as a preeminent orchestral cellist, playing principal positions in places like China, Australia, Brazil, and Chile. During his musical career, he took advantage of his world travels to hone his photography skills, getting noticed by National Geographic in 2011. His nature shots and portraits of famous musicians later earned him an affiliation with Panasonic Lumix in 2018. 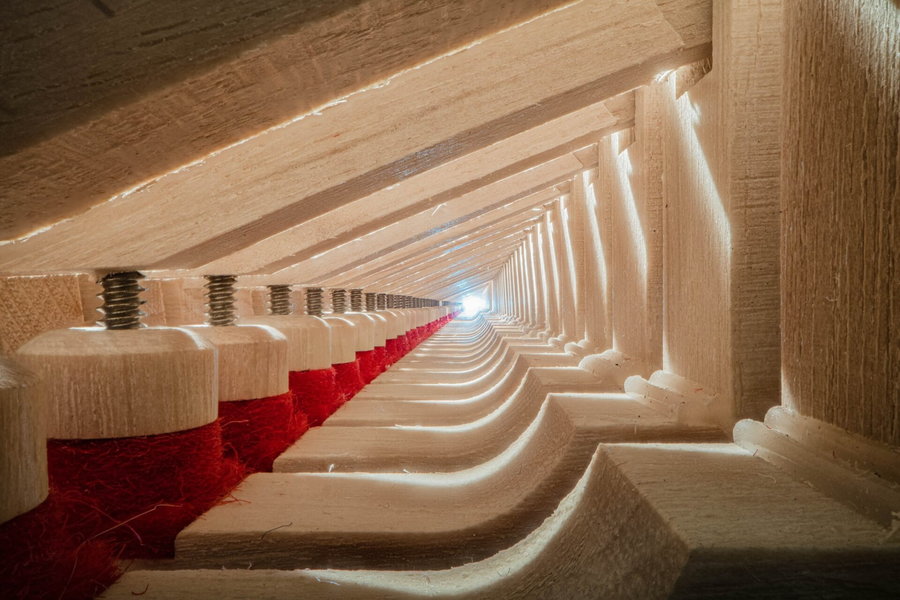 More of Brook’s “Architecture in Music” photos, as well as his other works, can be found on his online shop and Instagram profile.