Lomi, a new electric composter from sustainable brand Pela, is making waves with its Indiegogo campaign. Having already raised 13,000 percent more than its goal with just a few hours left to go, the countertop food decomposer is quickly proving that people everywhere are eager to be eco-friendly, especially when it doesn’t require much effort. 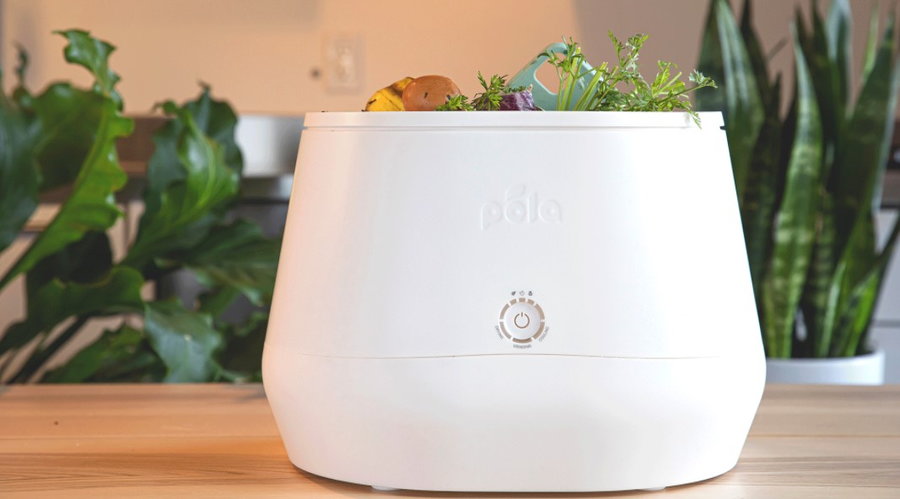 According to Pela, food waste creates 330 billion pounds of garbage in North America each year (not including associated food packaging or plastic). While composting has long been a great way to recycle all that rubbish, the traditional method is messy, time-consuming, and foul-smelling. Lomi promises to make the process ultra-fast, easy, and most importantly, stench-free. 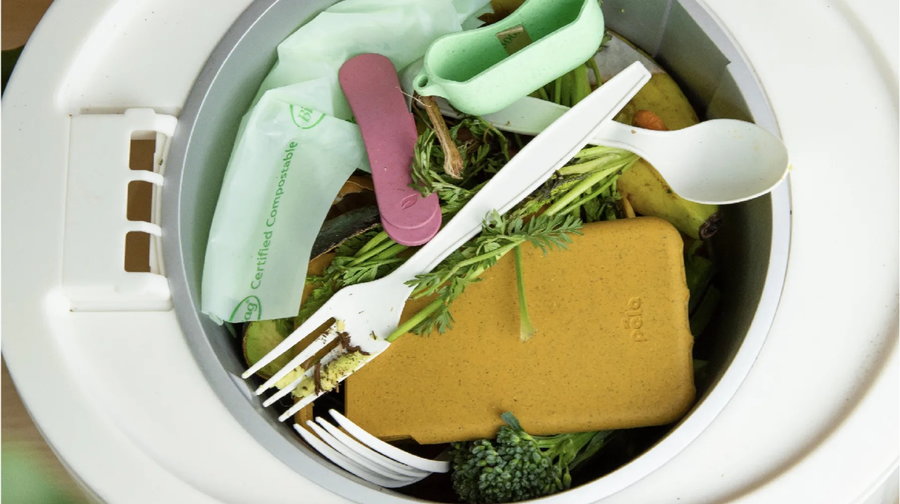 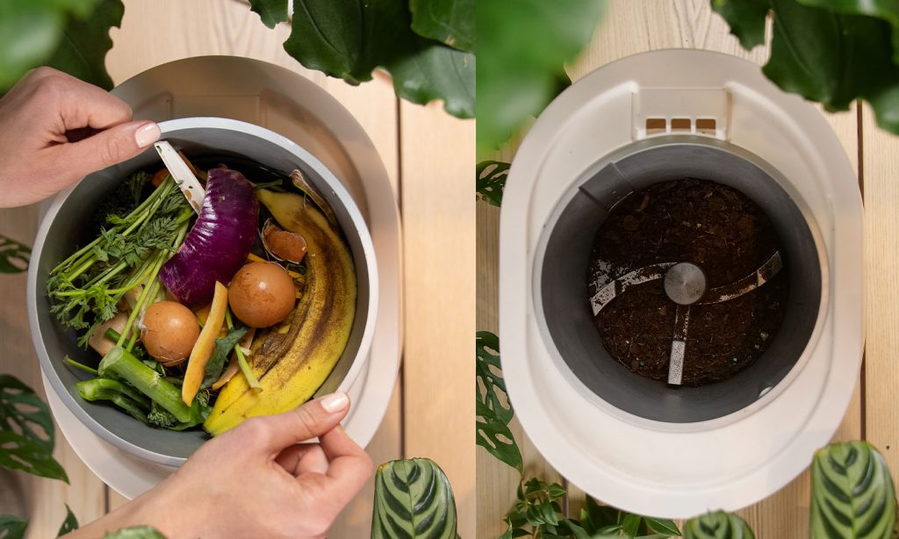 Wrapped in a sleek white shell, the machine can hold up to three liters of food waste. Once turned on, it mimics the labor normally done by earthworms, quickly breaking down food scraps, boxes, cloth, and bioplastics into fragmented biomass. That material provides more surface area for growing microbes, the organisms responsible for transforming the organic trash into nutrient-rich soil. While all this is going on, any associated rotting smells are completely eliminated by the Lomi’s replaceable charcoal-activated filters.

And it works fast. While typical composting systems require weeks, the Lomi can turn food scraps into valuable dirt within just four hours in its Express mode. Users can also choose the slower Eco mode, which takes roughly 20 hours but maximizes the nutrient yield. The device also sports an additional Bioplastic mode for breaking down approved plastic garbage. 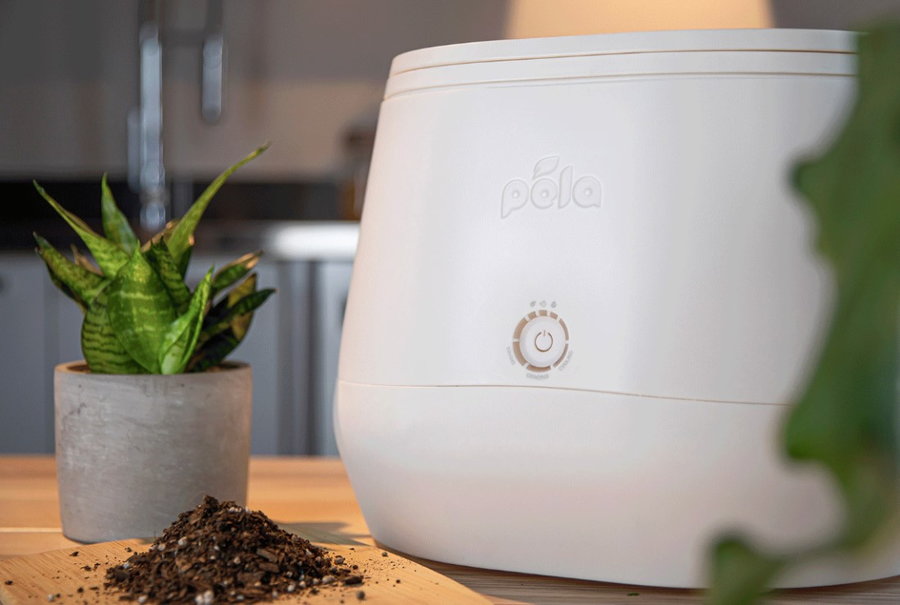 About the size of a bread maker, the organic recycler is much quieter than other small kitchen appliances, operating in a range of 40 to 50-db frequencies. It’s also easy to clean, thanks to the dishwasher-safe stainless steel inner pail.

“To create Lomi we spent over 3 years, including over 1000 compost tests, and endless hours of design and prototypes,” says Matt Bertulli, CEO and Co-Founder of Pela in the IndieGoGo campaign video. “Lomi isn’t just beautifully designed. It is the world’s best home composter, period.”

Pela, the company known for creating the first compostable plastic phone case, hopes that their new compact unit will eventually become ubiquitous in homes around the world.

“The arrival of Lomi is the beginning of a new era for Pela, further positioning the brand as a leader within the waste management space,” Bertulli said in an official press release. “Similar to having a dishwasher, our goal is for every household to have a Lomi. Its contemporary design and seamless function will make it easier than ever for consumers to shift the way they approach household waste, and composting.” 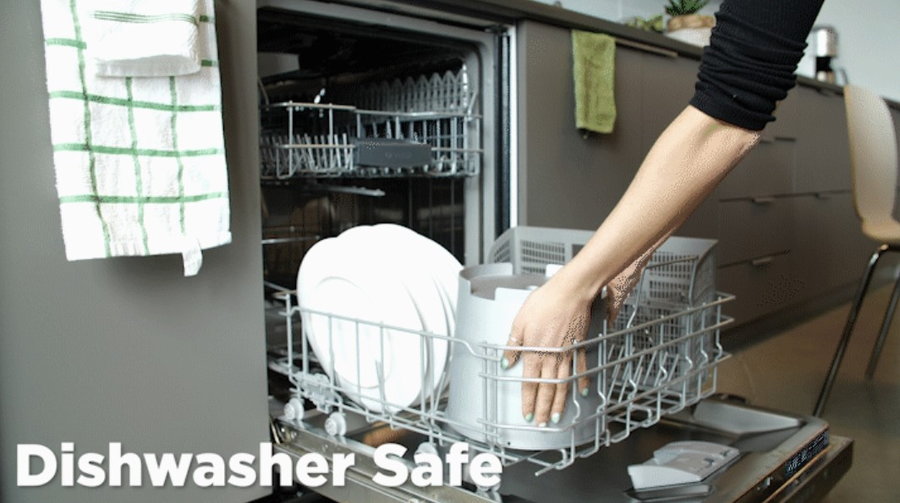 Pela is one of the first-non-governmental firms to make a dent in the waste management movement. Since its beginnings in 2010, the company has prevented the creation of the equivalent of 48 million plastic bags. Their eventual goal is to stop one billion pounds of potential plastic from being manufactured. 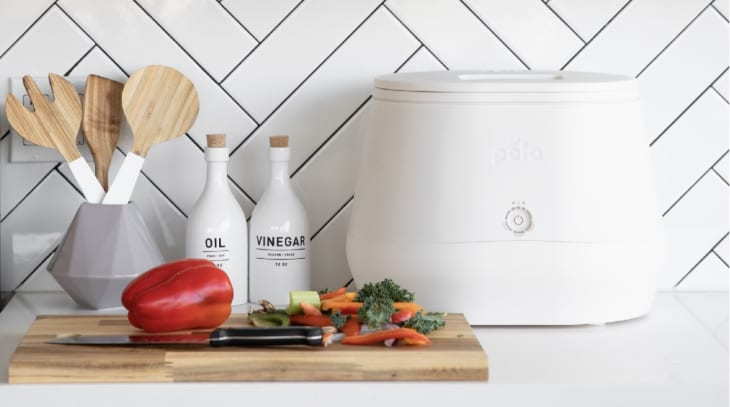 With just under a day to go, the Lomi Indiegogo campaign has raised over $6.5 million from 17,700 backers. Interested consumers can still order one for a special price of $379 – a 24-percent discount from the listed MSRP -– with an expected ship date of December 2021.