An early 20th-century movie theater has been given a new lease on life in downtown Baltimore, Maryland. Built in 1915, the former Parkway Theater has been revamped by Ziger/Snead Architects and converted into the new SNF Parkway, a stunning amalgamation of features old and new that beautifully tells the story of the historic cinema’s past, warts and all. 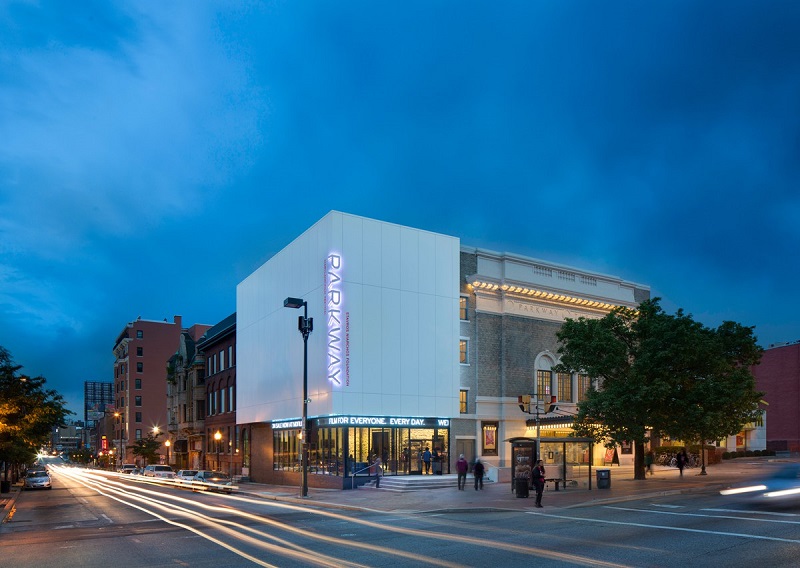 Of course, the renovation of the Parkway Theater only makes up a small part of the mass regeneration that’s taking place in Baltimore’s dwindling downtown area, though it will undoubtedly contribute to the cultural renaissance the city is currently experiencing in terms of music, art, and food. The 1,100-seat theater originally closed in 1978, lying dormant until the Maryland Film Festival acquired the property (as well as three other nearby buildings) and set about transforming it into a new hub for culture and entertainment.

The theater’s new owners brought Ziger/Snead on board to imagine what a contemporary version of the structure might look like. The firm took their cues from film itself, expanding the idea of storytelling from the silver screen out onto the bricks and mortar of the actual building. They explain, “Films tell stories. If we pay attention, so do buildings. Inspired by many layered stories of the historic Parkway Theater, the design curates an unparalleled movie-going experience.” 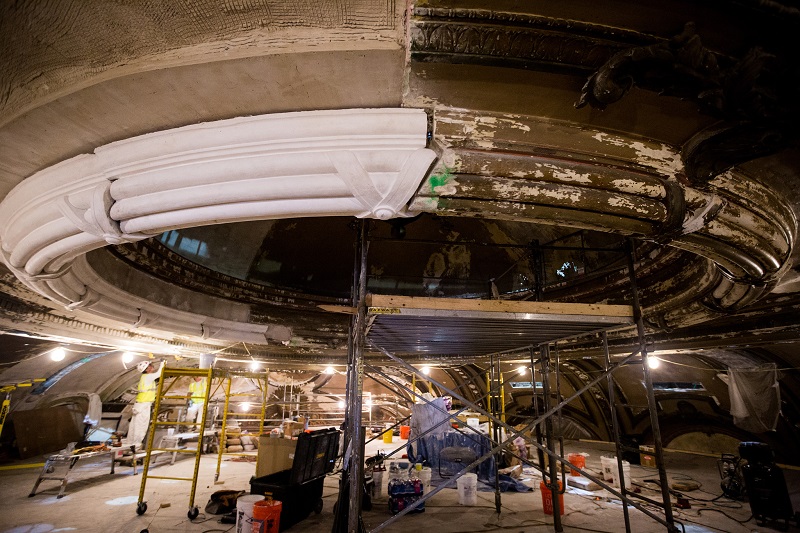 Working with the existing structure, the architects extended it to house a 400-seat theater, as well as two smaller 85-seat screening rooms, a bar, and a café. The new building takes up a total of 23,800 square feet, and its construction costs came out to $18.2 million — a huge investment on the part of the developers, but a worthwhile one, as it has given the Maryland Film Festival enough space to create a year-long program of events, screenings, and conferences. The festival has also entered into partnerships with local institutions like the Maryland Institute College of Art and John Hopkins University to allow more organizations to benefit from the new space. 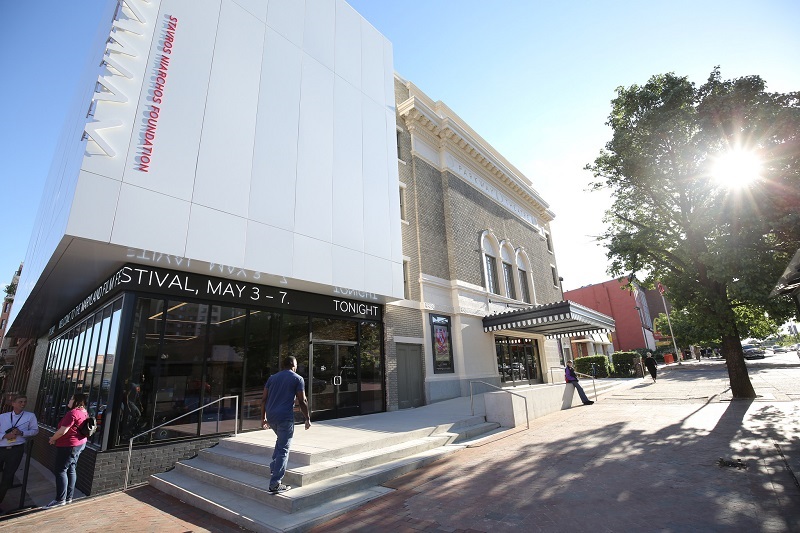 Ziger/Snead’s approach to the design was mainly one of integration. In other words, they wanted to uphold the existing character of the building and allow it to tell its story. While new seating has been introduced into the main auditorium, the walls have been left exactly as they were, exposing their peeling paint and plasterwork and preserving the ornate detailing of their alcoves and cornices, which themselves were designed in the extravagant Italianate style. 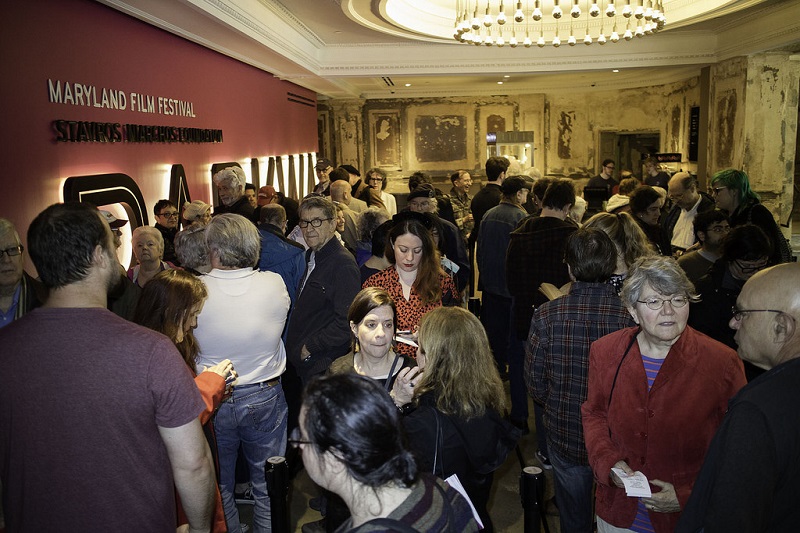 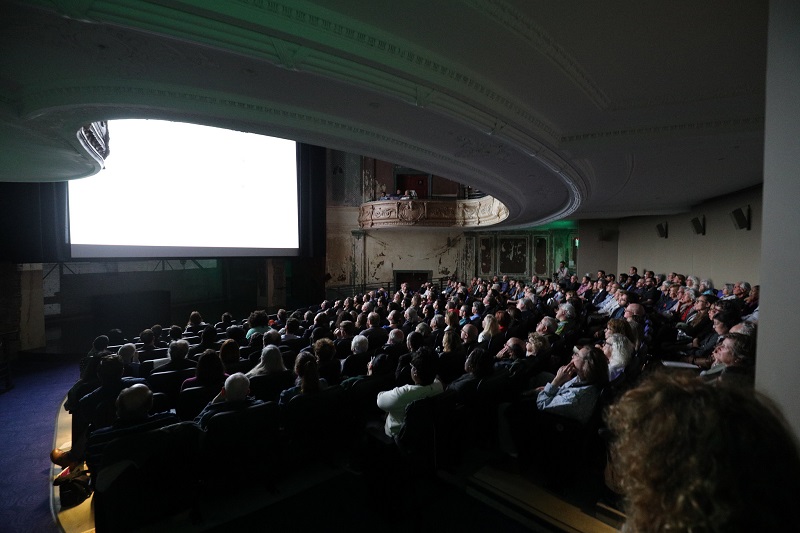 All of this “evidence” (as the firm calls it) reveals the history of the theater to movie-goers and reminds them of the building’s previous life, which dates back to the Golden Age of Cinema.

The architects say: “The new SNF Parkway stands as a physical record of the technical and cultural evolution of film from its earliest days to today. The design approach celebrates the accumulated layers of each movie era with intentional contrast to modern interventions. The result is an authentic, rich, vibrant ‘rescued ruin’ that energizes the film complex and anchors its critical location in the heart of the Station North Arts District.”

The theater’s beautiful facade has also been retained and refurbished, while a contemporary new addition abuts the existing building.