Back in his former life, Gambian immigrant Paboy Bojang could never have imagined becoming a major name in housewares around the world. His rags-to-riches story is an inspirational example of human resiliency in the face of difficult circumstances. 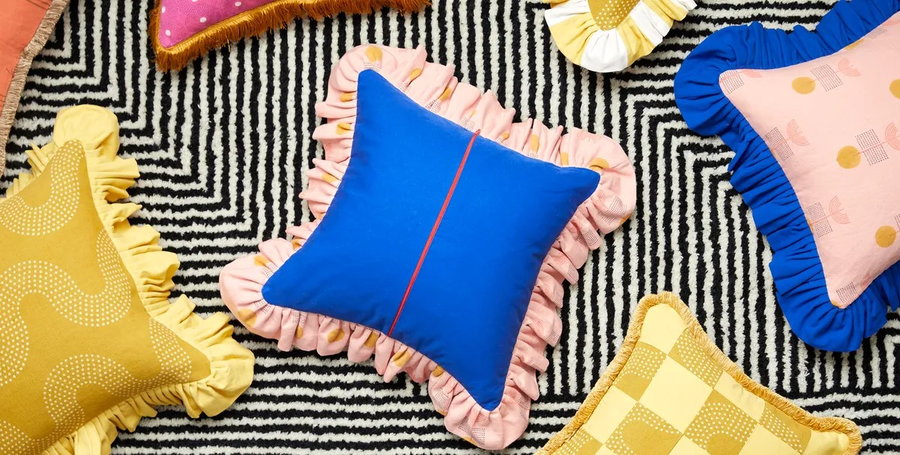 After his formal education was cut short at age 13 so he could support his family, Paboy began work in his uncle’s tailor shop, quickly developing a “keen eye for choosing fabrics and color combinations.” But in 2013, after surviving 22 years under the brutal dictatorship of Yahya Jammeh, he fled his country for the pursuit of freedom and fortune elsewhere. Over the course of two brutal and dangerous years, he journeyed across the desert and Mediterranean Sea, where he finally landed in Italy. 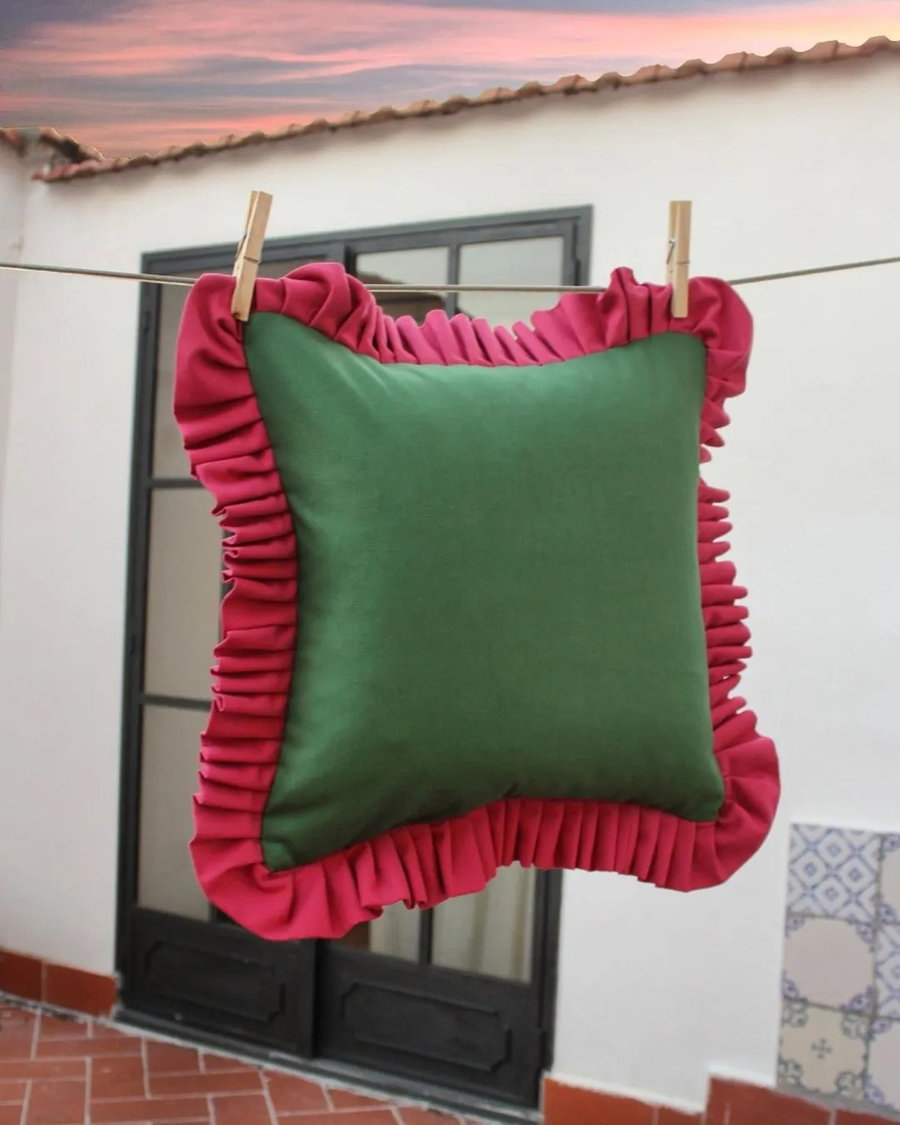 He was immediately placed in a migrant camp, where conditions were so overcrowded and deplorable that it was closed two years later. Paboy was then transferred to a camp in Naples, where his life began to turn around.

Getting a job making tiles and vases at a prestigious majolica factory, the African artist found lodgings with a freelance British journalist, who provided him with a room of his own. However, by the end of 2019, Paboy lost his job when the slow wheels of bureaucracy prevented his Italian asylum papers from being renewed on time. 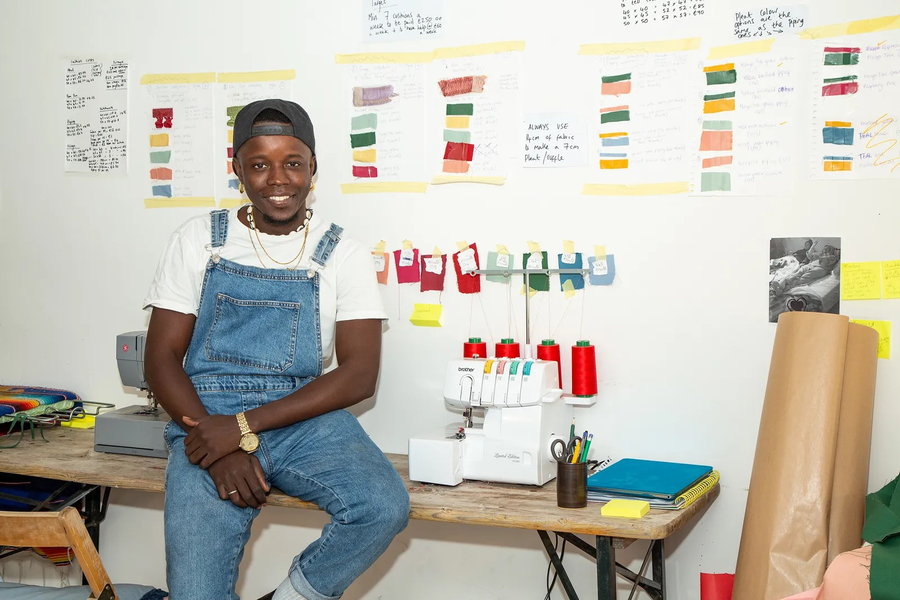 A few months later, the COVID pandemic kept the world and Paboy at home, where he discovered a sewing machine and some leftover fabric in his host’s apartment. With inspiration from the textile pattern and permission from the journalist, he dusted off his tailoring skills. “My mind went straight to how lovely it would look as a cushion,” he said in an interview with House and Garden. 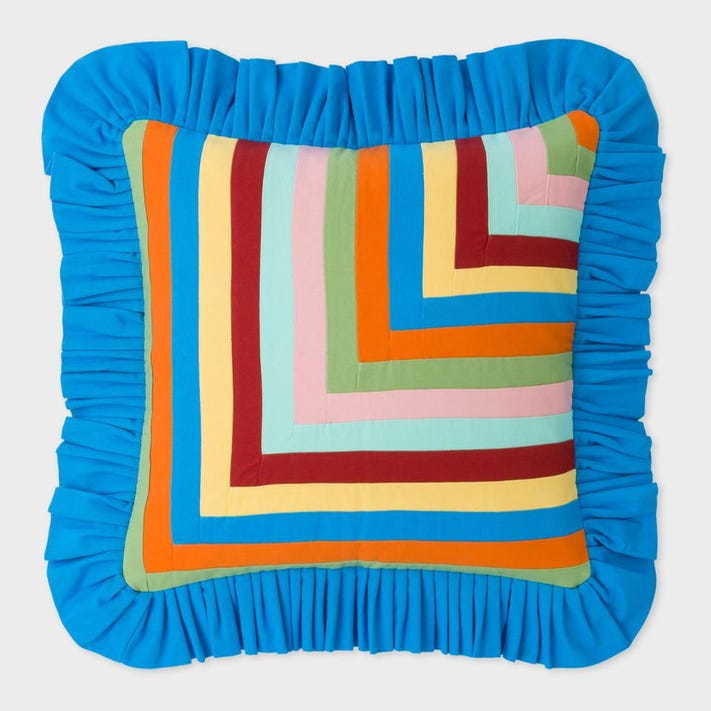 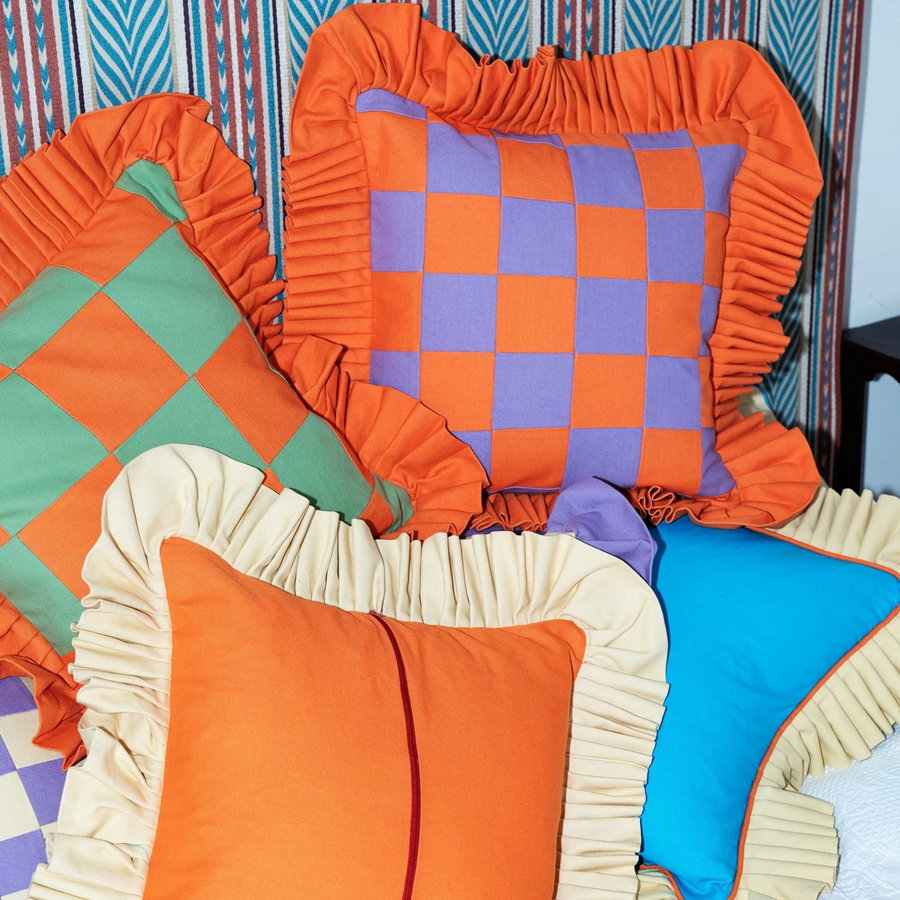 He posted the resulting throw pillow on a new Instagram account in the middle of 2020, and his work was an immediate hit. Calling his brand “In Casa by Paboy,” the 28-year-old designer has since built a cushion empire that ships out 80 to 100 pillows a month, selling for €100 apiece. His distinctive style and story have also caught the attention of major publications like the Financial Times and Vogue, as well as collaborators and stores interested in stocking his creations. 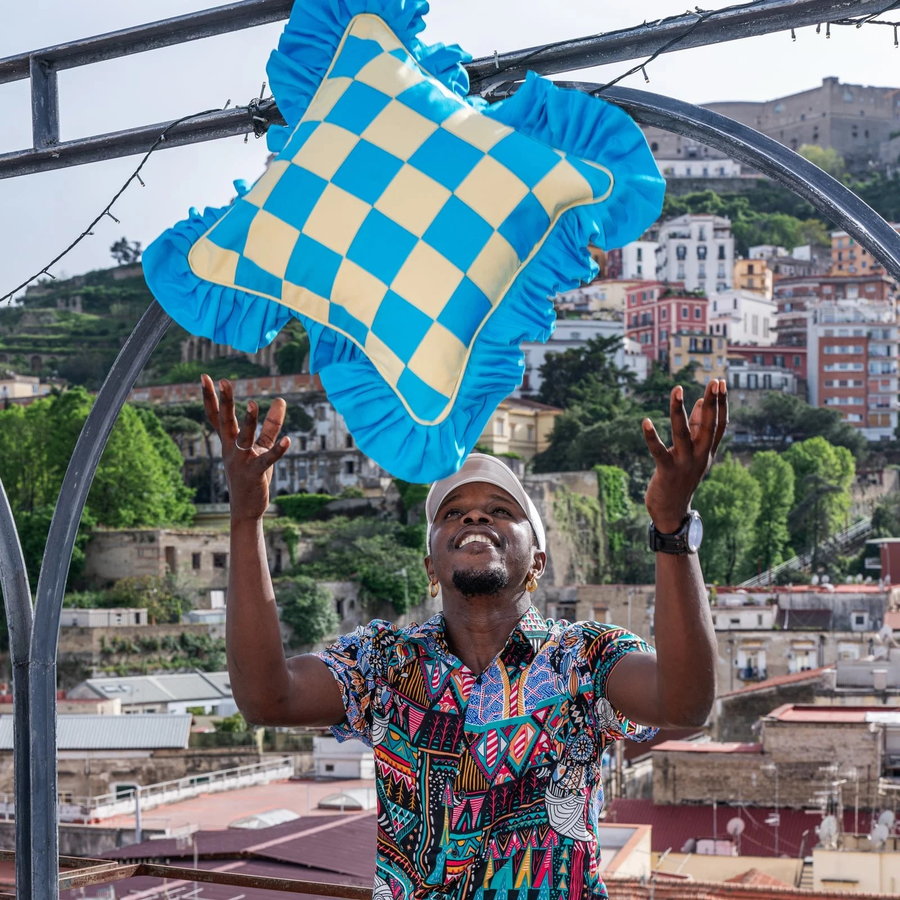 His design inspiration comes in part from Naples, which he says now feels like home. “The city is very colorful — all the buildings, the paintings. When I was working in the factory, the ladies all made tiles with different, vibrant colors and I was inspired by those combinations, too,” Paboy explains.

Success has come quickly, but it has not always gone smoothly. “Honestly, I haven’t always felt like I wanted to be a business owner,” he said in another interview with Courier. “I was very good at football — that’s what I dreamed of. Being a business owner is something I didn’t have any experience of… Being an immigrant and setting up a business is not easy; it’s quite hard.” 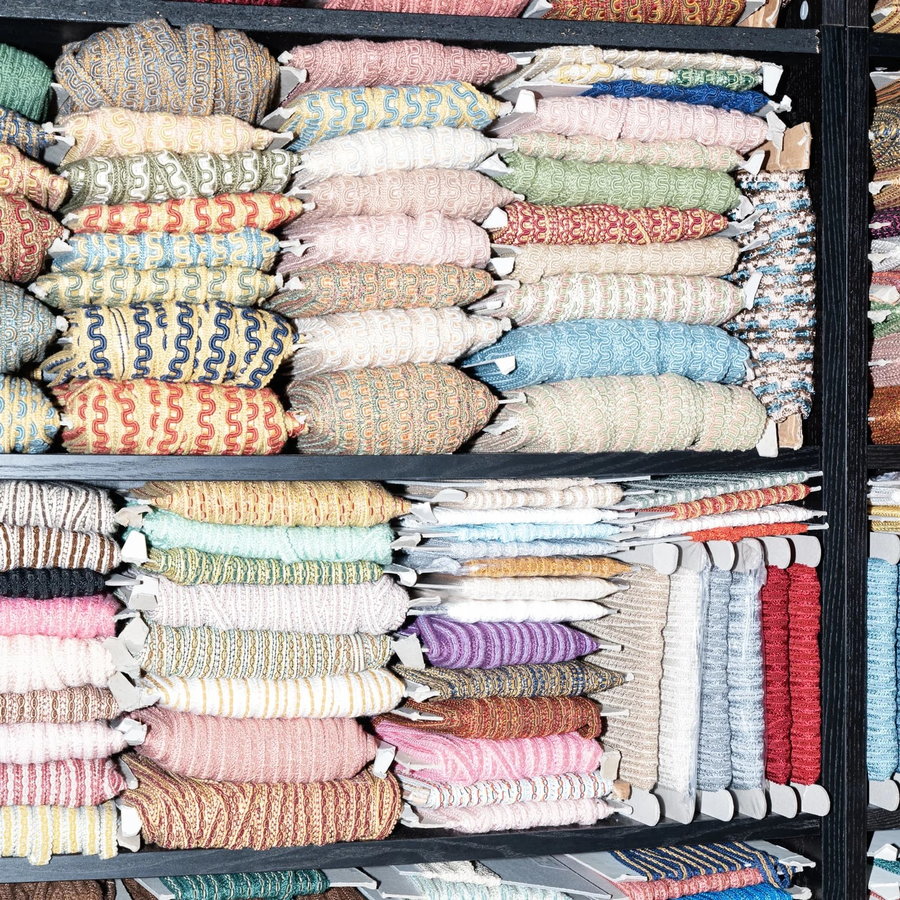 One payoff though, is being able to fully care for his family back home. The artisan happily explains that “Everything I do is for my family, for my sisters; I’m now in a position where I can support them from here.”

Paboy hopes to expand his offerings in the near future, adding: “I don’t want to rely on only cushions. I want to make more homewares — tablecloths, bedsheets, duvet covers.” 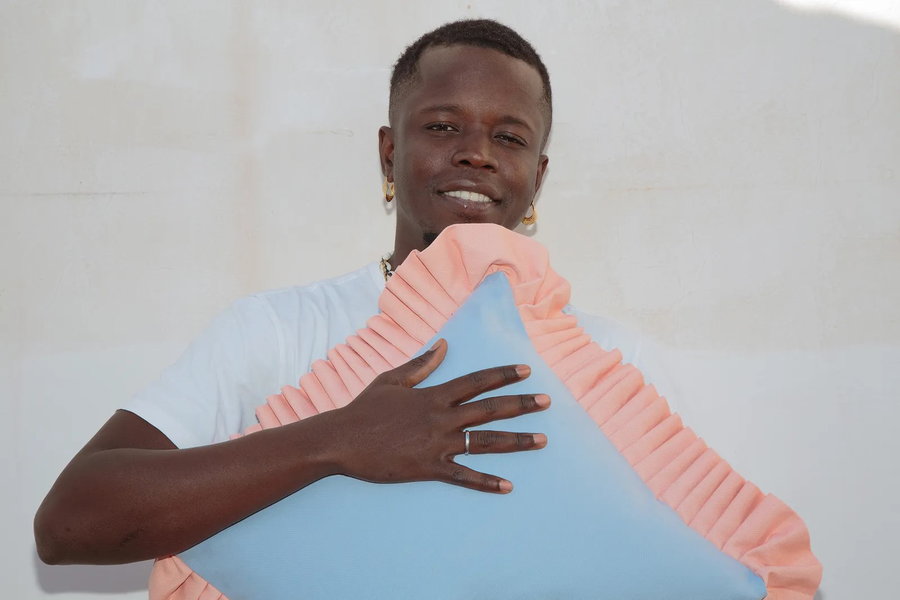 Unfortunately, scalability remains an issue for his company. Even after hiring two other African asylum-seekers to help him, demand far outstrips their resources. And because Paboy wants to keep everything handmade for the foreseeable future, he’s currently in talks with immigrant associations in Naples to enlist more help and simultaneously help his fellow refugees into better lives of their own.