Kitschy, colorful, and classic, majolica pottery is currently one of the hottest trends in home decor. But these bright and sassy ceramics aren’t anything new. In fact, they have a storied history all their own. 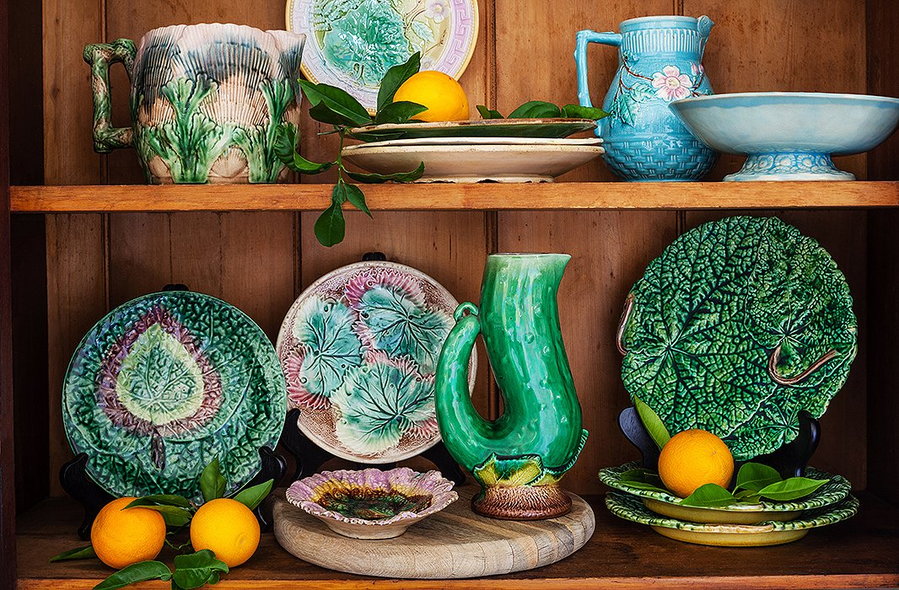 Introduced in 1851 at London’s Great Exhibition, the new type of earthenware was considered a breakthrough in the design sphere. Inspired by Italian “maiolica” (the white-glazed, decorative ceramics of the Italian Renaissance) and the works of Bernard Palissy, a noted French potter, majolica was the brainchild of English manufacturer Minton & Co., and was, “from its beginnings…seen as a British triumph of art applied to history,” according to Dr. Susan Weber, founder and director of the Bard Graduate Center in New York City. 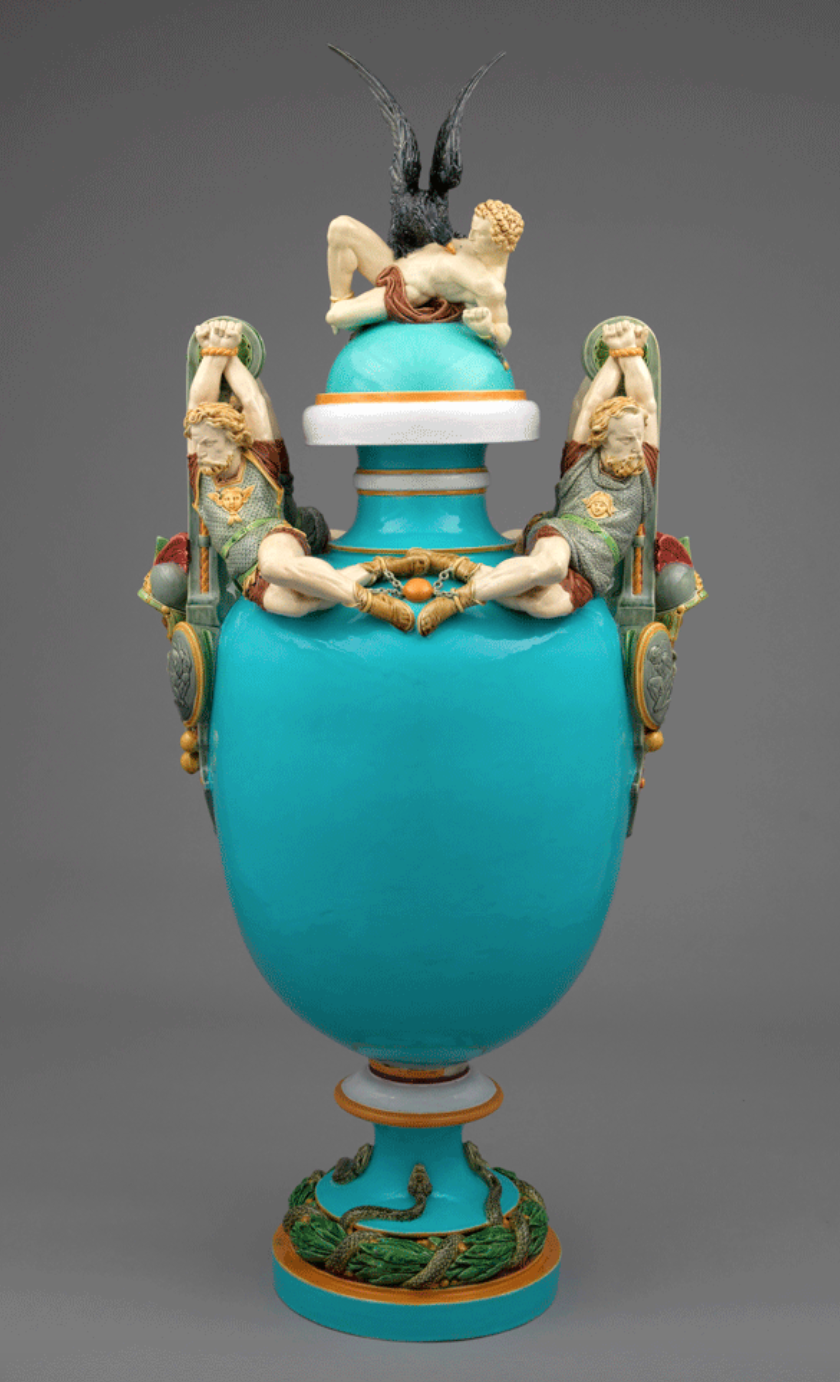 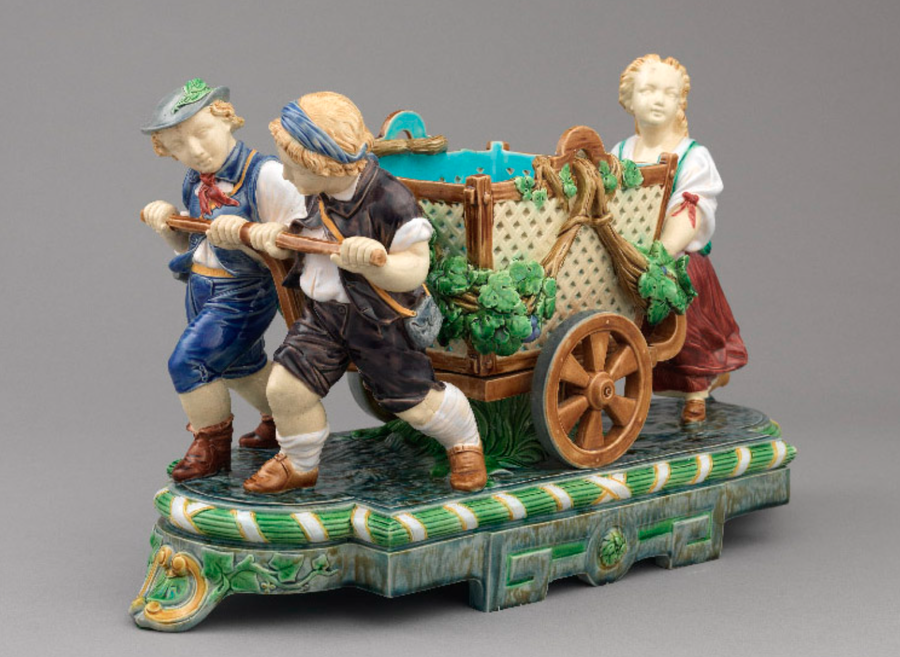 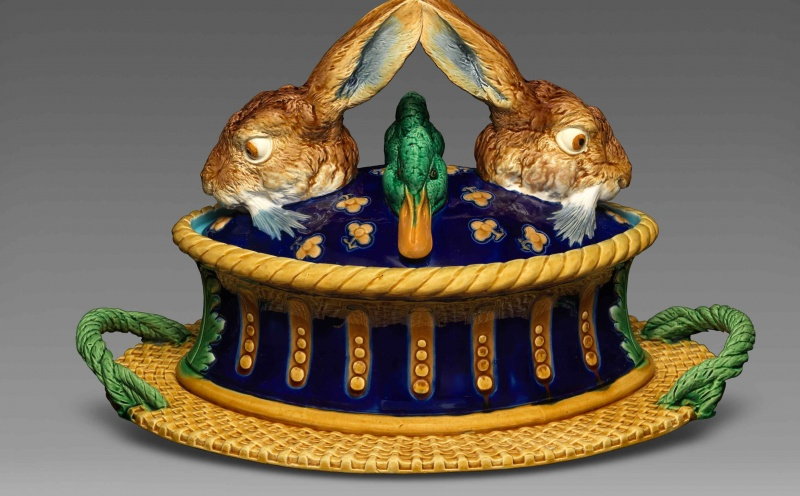 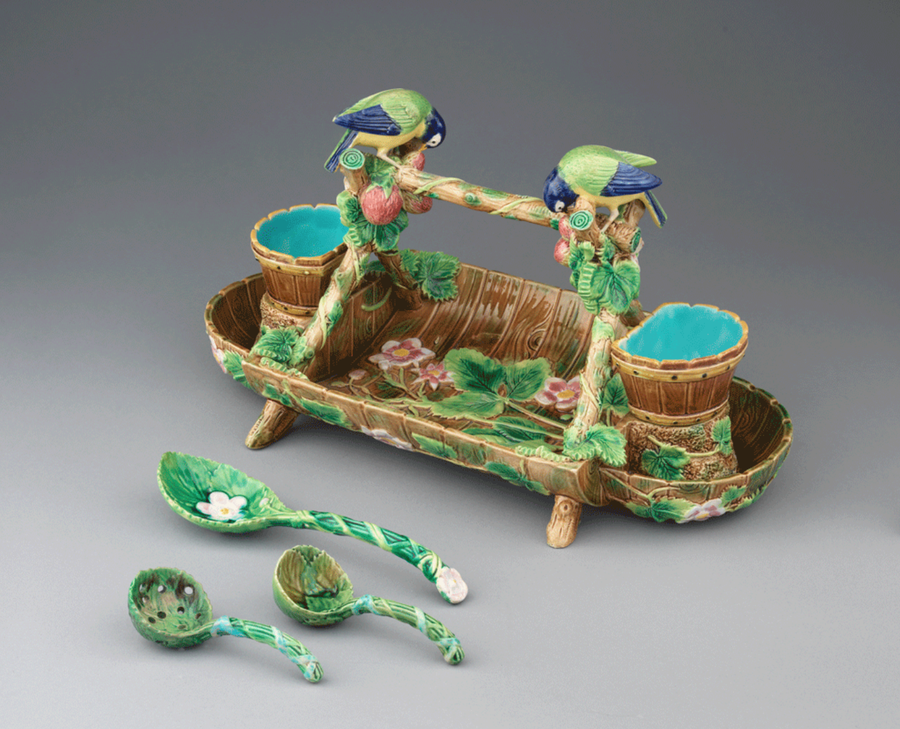 Fast forward to 2021, where Dr. Weber is currently curating a majolica-centered exhibition titled Majolica Mania: Transatlantic Pottery in England and the United States. 1850-1915. On display through January at the Bard, the bold, colorful pottery style offers so much more than a colorful statement – it’s a piece of history itself. As Dr. Weber recently explained, when majolica was first introduced, it instantly gripped the public, “appeal[ing] to a cross-section of classes and budgets, and by the end of the 19th century, could be found in all types of homes — from those of the royal family to the rapidly growing middle class.” 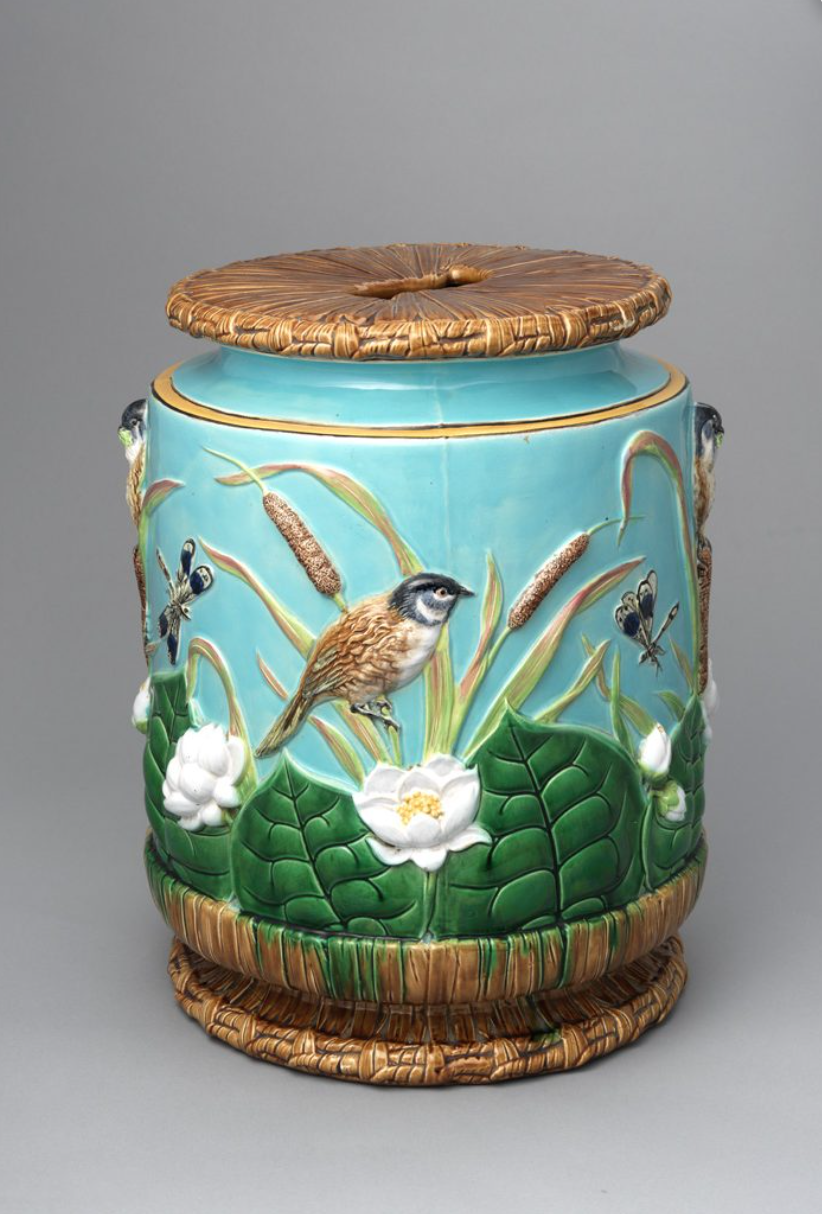 Majolica’s popularity increased throughout the latter half of the 19th century as it was produced in large quantities in both the U.S. and Britain, comprising a wide range of ceramics that ranged from everyday items like teapots to over-the-top display pieces like the Minton jardiniere created for the Paris Exhibition Universelle in 1855 – currently on display for the first time ever in the U.S. at the Bard. 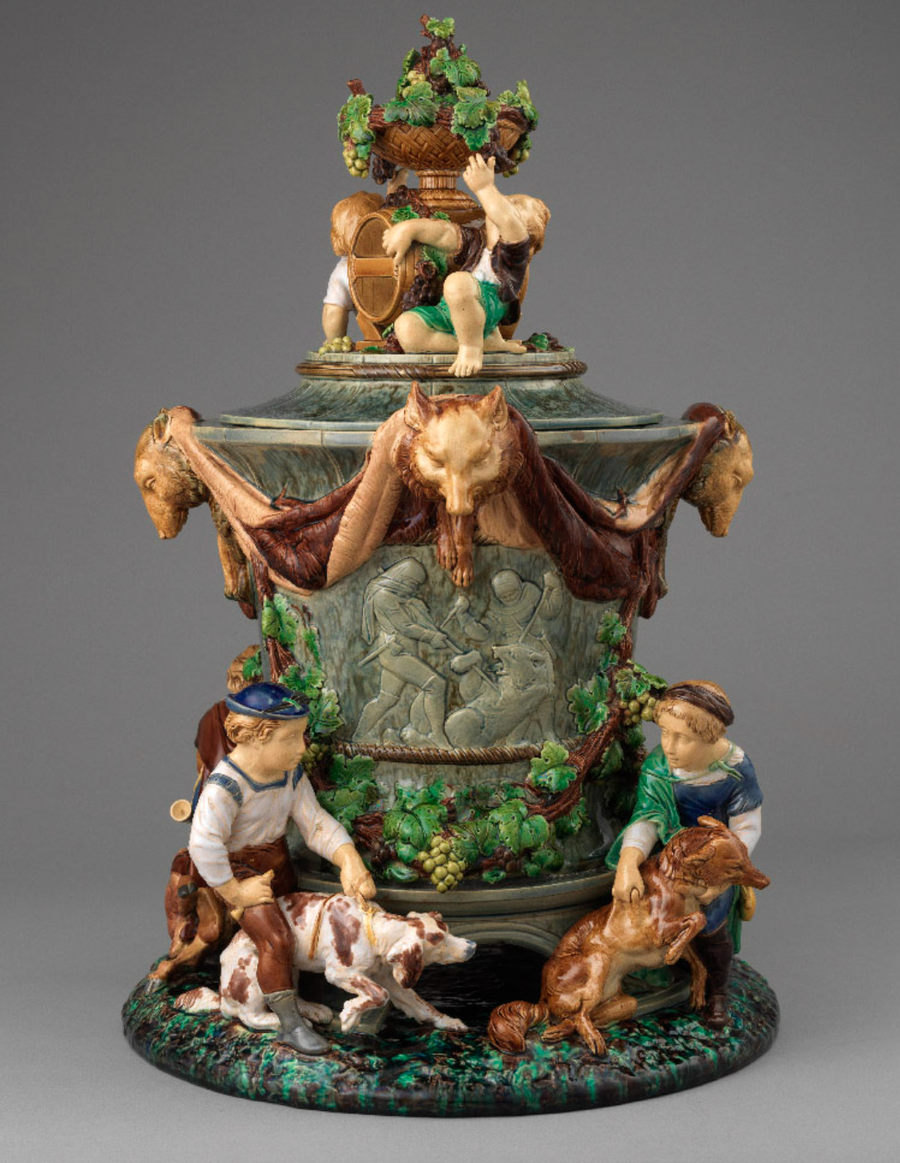 However, like many decor trends that have a moment and then fade into relative obscurity, majolica eventually fell out of fashion. By the mid-20th century, it was largely considered to be garish and tacky, rather than bright and kitschy. But just as trends fall out of fashion, they also have a tendency to make comebacks — and majolica is definitely having a big one right now. As designer Frank de Biasi explains, “With our current maximalism moment continuing…majolica pieces add a sparkle and splash of color on the walls.” 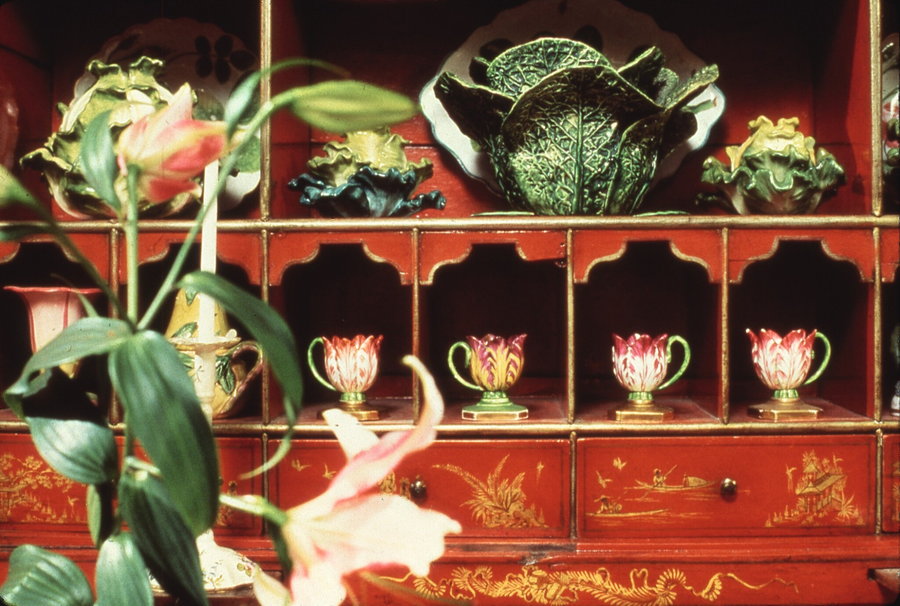 Once again, these bright, vivacious, and sometimes even eccentric ceramics are finding their way back into the public eye, most notably in museums like the Bard, but also as statement pieces in stylish homes everywhere. But unlike the 19th century, majolica is no longer being mass produced, making contemporary pieces rarer and sometimes a little pricey. For example, when famed American decorator Mario Buatta’s estate sold at Sotheby’s in 2020, his majolica all fetched sky-high prices, including nearly $14,000 for a snake and cabbage teapot.

But have no fear! Not all majolica is that pricey, though the more detailed, larger, and brighter pieces are worth more (and, according to experts, the name Minton is still the gold standard). 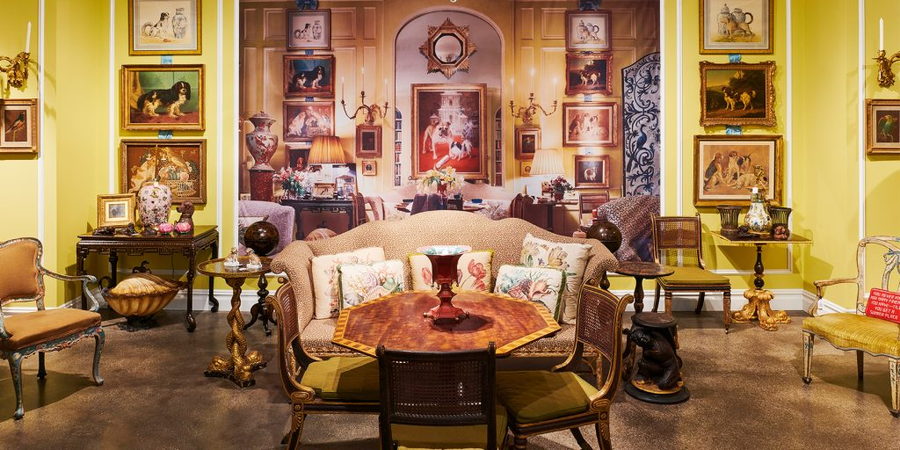 With the bright hues and eccentric designs of majolica pottery making a modern-day resurgence, first in our museums, and then in our living rooms, these carved beauties are making almost as big a splash today as they did in the late 19th century. It just goes to show that even the most divisive trends can come back into fashion and re-find their into the spotlight after a little time has passed.