While fanfare at the annual CES show in Las Vegas typically rallies around awe-worthy vehicles like the NAWA electric motorcycle and tech that resembles science fiction, the new products unveiled in the field of kitchen appliances are equally noteworthy. In contrast to the flashy or mind-bending innovations found elsewhere at the convention, those for the kitchen mostly focus on functionality and simplicity while targeting ways to add convenience to the cooking process. Even then, there were a few standout products that took the cake at this year’s show:

This design concept sees a “shift” in the kitchen to suit the needs of all cooks. With countertops that raise and lower automatically, the kitchen easily accommodates people of all heights, including kids and chefs with walking disabilities. Even the upper cabinets in this system slide down for easy access. 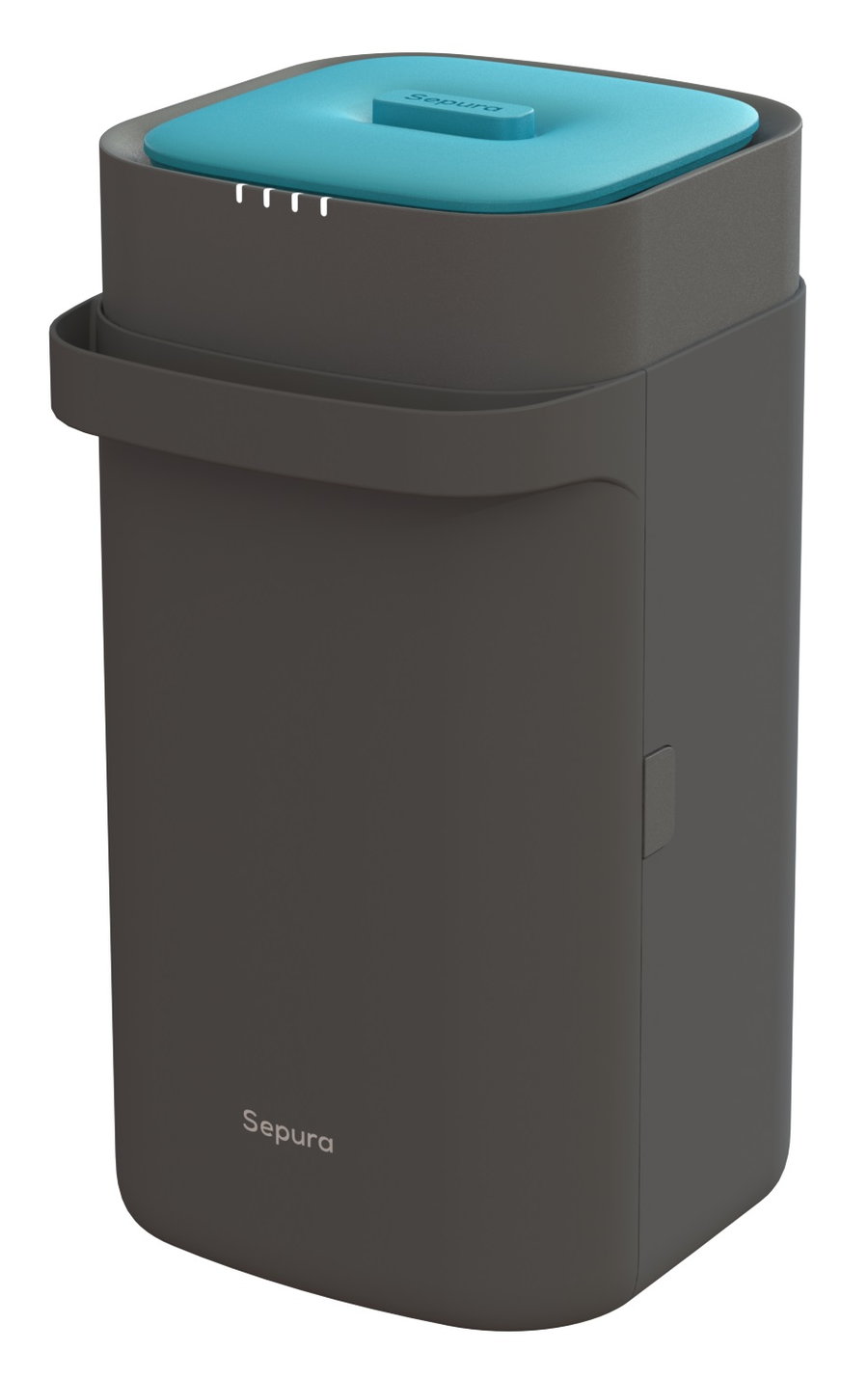 Composting is nothing new, but Sepura makes the process a lot easier and less messy. Replacing the traditional garbage disposal, Sepura cuts down on food waste with a two-part unit that sits below your kitchen sink. The upper portion diverts liquids as they head down the drain, while the lower portion collects solid foods. The system also provides an alert when the food bin is full so it can be taken to your backyard compost or streetside bin. 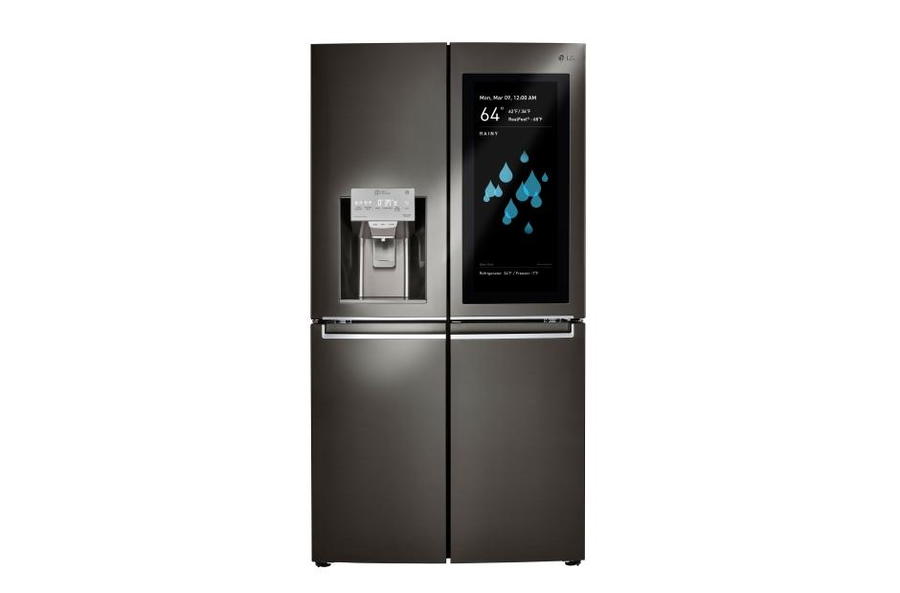 No CES would be complete without a display of the new advances in refrigerator technology, most of which center around convenience. While Bosch showed off their two-camera system, LG promoted its InstaView clear front door. Several companies now incorporate inventory management, too, creating alerts and automatically reordering foods as needed. Samsung even premiered software that will suggest recipes based on what’s currently in your fridge. It’s safe to say the marriage between smart tech and refrigerators is here to stay.

Speaking of inventory management, PantryOn keeps an eye on your pantry inventory to keep you stocked at all times. By installing the app, you’ll always know if the kids took that last box of cereal or if you’re out of flour. It’s a bit of a luxury, of course, but that doesn’t make the technology any less interesting. 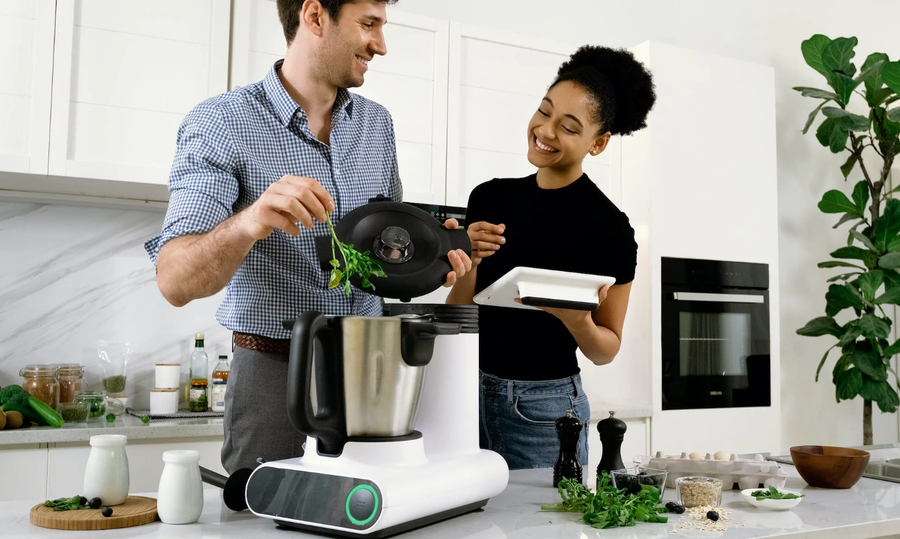 An all-on-one product by CookingPal, Julia can weigh your food, chop, steam, knead, and perform many other functions. The blending component even works as a self-cleaning mechanism at the end of the meal. Julia also comes with a separate tablet screen that allows you to control your smart appliances, find and adapt recipes, use voice commands, and monitor your meal through a central hub. 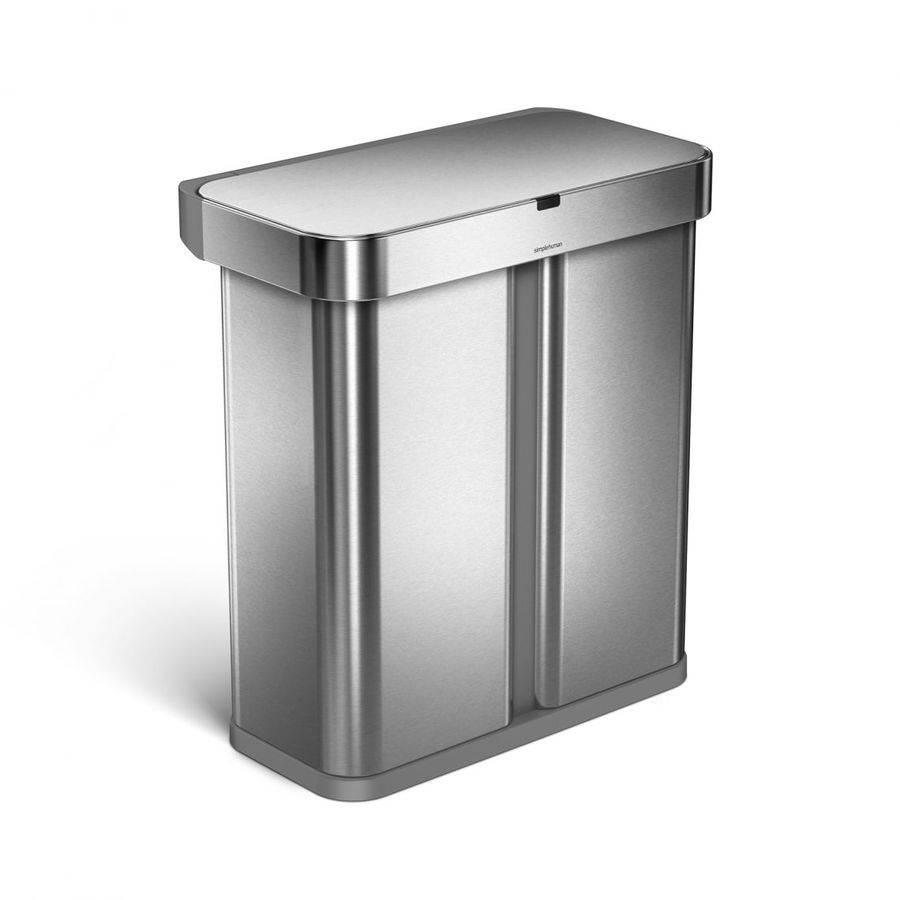 Sometimes the best ideas are the simple ones. Anyone who’s attempted to throw something away with greasy fingers understands the struggle of traditional garbage receptacles. Although the convenience will cost you $200, the Simplehuman 58L sensor can opens with an easy wave of your hand or voice command. 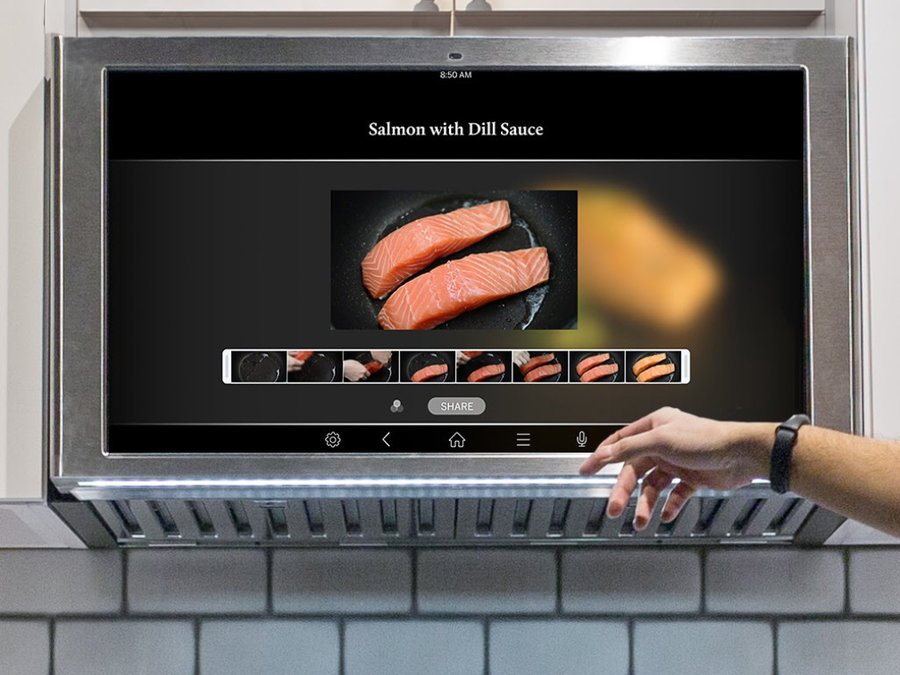 Everyone knows that the kitchen is the hub of the household, and now GE is launching a smart system to help cement that status. The Kitchen Hub mounts above the cooktop and features a built-in microwave and exhaust fan. It also allows you to look up recipes, monitor ingredients, turn the oven up or down, play music, identify when the meat is cooked to the proper temperature, and even connect a camera to your meal to share with others.