The artist known for his ghostly wire mesh sculptures has just inaugurated a new multi-sensory installation on the coast of Reggio Calabria in Italy with an opening weekend chock-full of music, performance, and poetry events. Commissioned by the city, Edoardo Tresoldi’s “Opera” made its debut September 12th and 13th, translucent colonnades stretching majestically up into the sky and all. 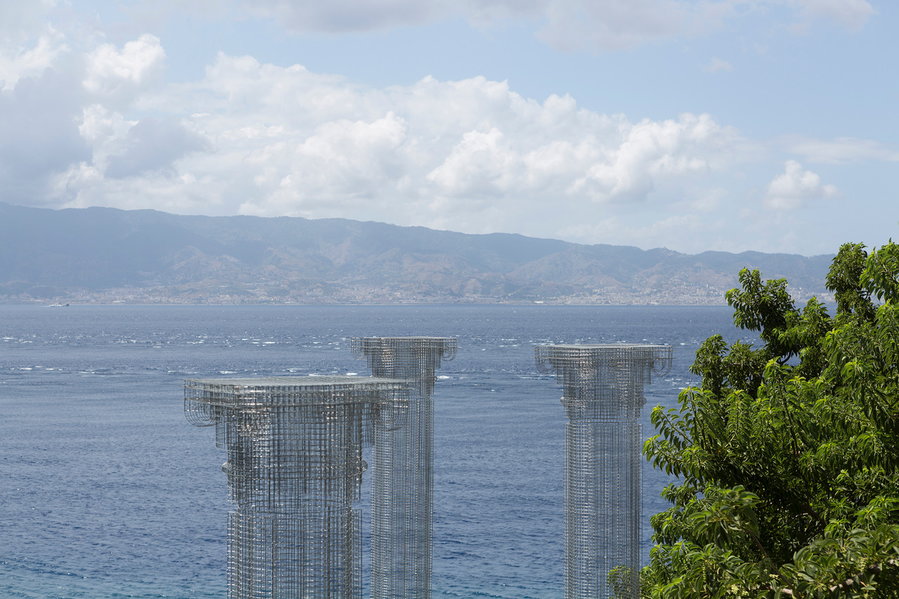 The installation explores the relationship between place and person through both the language of classical architecture and the transparency of what Tresoldi calls “Absent Matter,” illustrated here by the lack of solidity in his work. The 46 pillars stretch eight meters (26 feet) into the sky within the surrounding 2,500-square-meter (26,910 square foot) waterfront park. “Opera” will be part of one of Europe’s largest public spaces, and what local officials hope will eventually become a new landmark.

For its debut, “Opera” was paired with a sound installation by Italian musician and composer Teho Teardo that’s designed to interact with the site three times a day, at morning, sunset, and night. Italian poet and writer Franco Arminio curated poetry events, including readings by Lara Chiellino, and other performers played live music

“’Opera’ was created to emphasize the character of place through the built element, thus suggesting an additional layer of understanding,” says Tresoldi. “I tried to build a place of contemplation and to investigate the role of public art today, which I believe should be able to embrace the present.”

Visitors are welcomed to explore the site and stand within the colonnade, gazing up at what feels like a phantom echo of lost architecture. Tresoldi’s work uses the transparency of mesh to “transcend the time-space dimension” and narrate a dialogue between art and the physical world. Sometimes it feels like he’s giving us a glimpse of another era, architecture that once was or could have been, or maybe even a vision of a possible future. 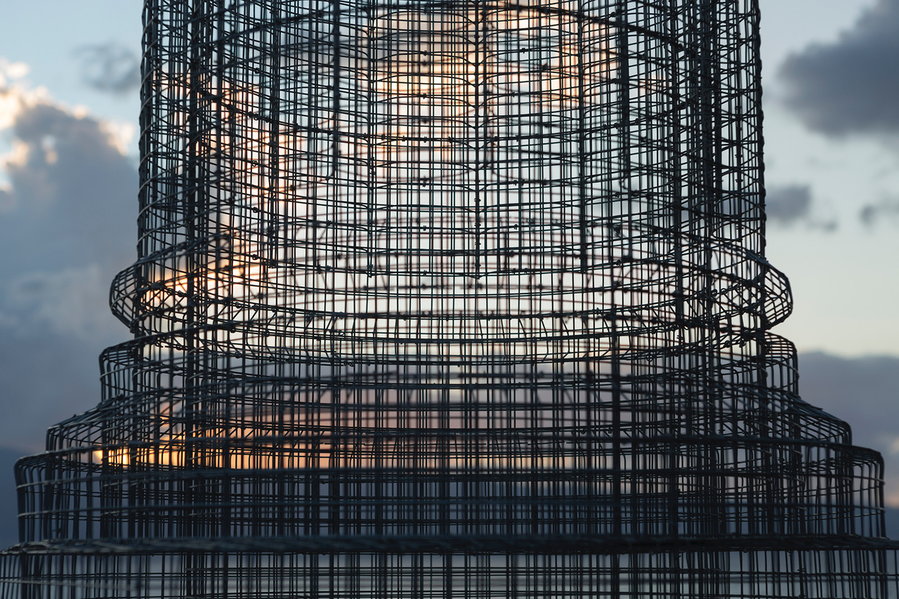 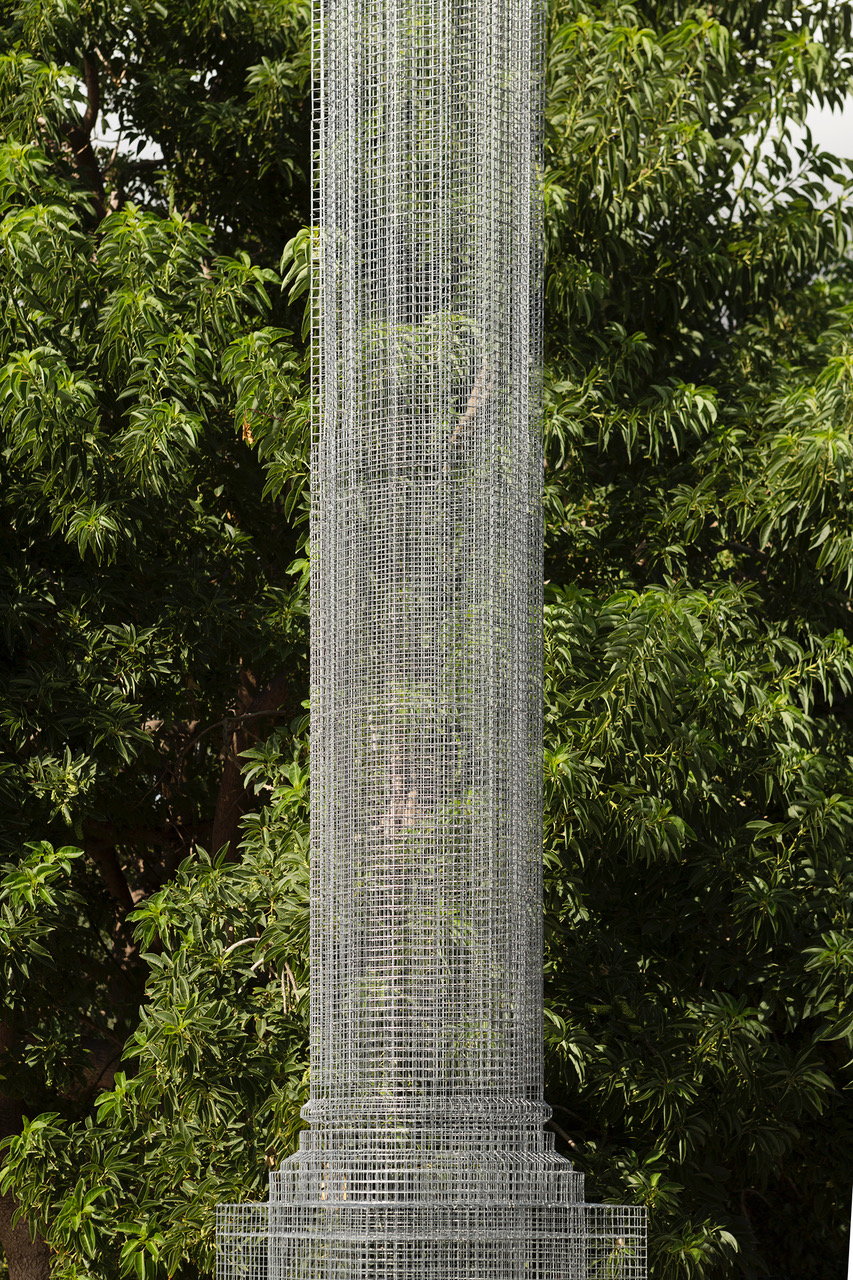 With his previous works like “Gharfa,” an experimental pavilion in the Saudi Arabian city of Riyadh, Tresoldi has offered visitors not just an object to view, but a space to inhabit where they can meet, rest, and meditate. Reality and illusion are intertwined, especially after dark when the structures are illuminated.

“Opera” is modest in form compared to some of Tresoldi’s other works, but it’s a permanent installation, inhabiting its environment in a totally new way. It will be interesting to see how it changes over time, perhaps with nature becoming a part of it in the form of vegetation or bird’s nests. 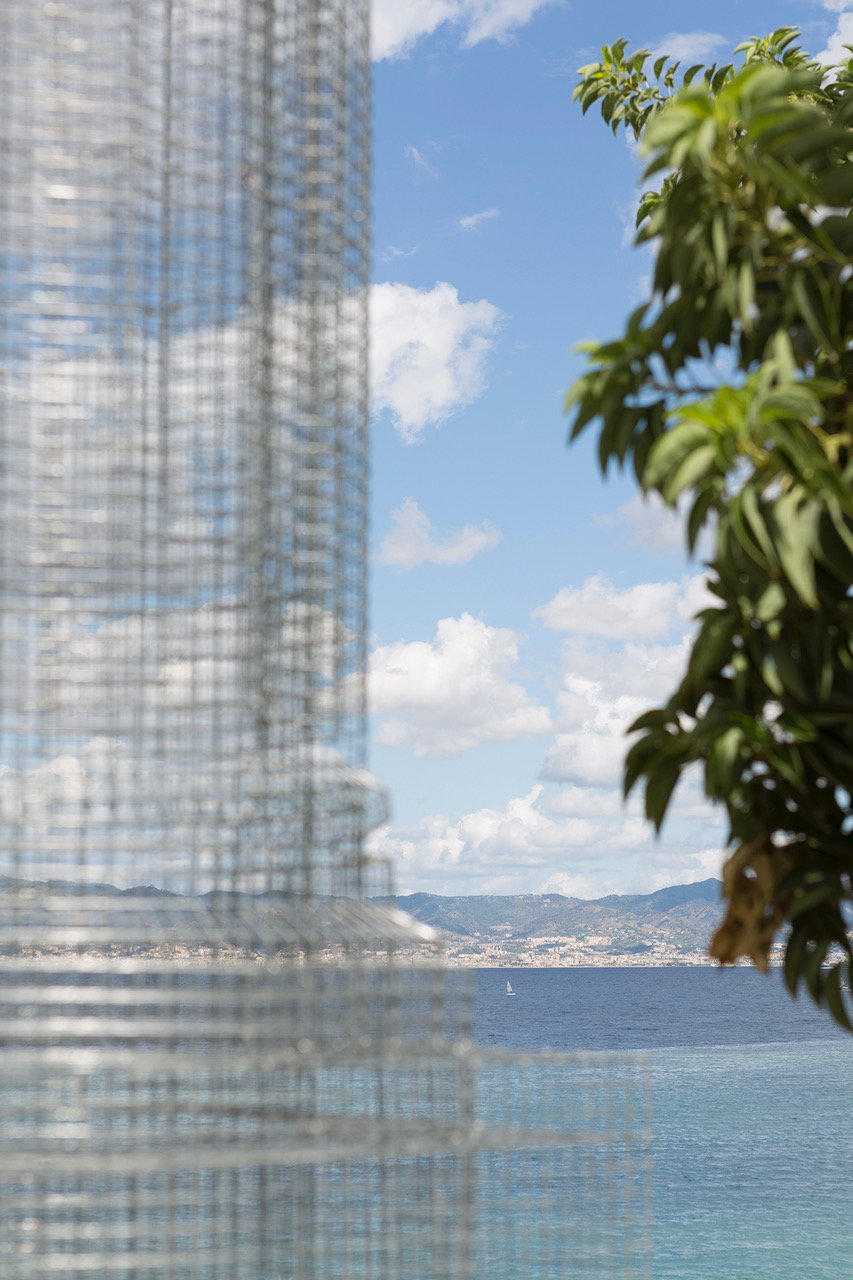 In an interview with DomusWeb, Tresoldi explains how these eerie and beautiful creations come about:

“I begin with the physical, historical, and social elements of the venue and its territorial and climatic characteristics. I analyze the emotive relationships which are created between venue and person, constructing narrative elements which can be used through this channel. The entire project is created by my studio through a participative process and continuous discussion… I always try not to have a single vision, but rather to identify an emotional fil rouge on a collective level. I structure my story with these colored notes, constructing my intimacy in a public space, imagining to communicate this dimension to whoever experiences that venue.”