For Spanish street artist Okuda San Miguel, anything can be a canvas, from a double-decker bus to a ten-story skyscraper facade. The artist has previously taken his signature vivid rainbow color palette, geometric shapes, and stable of animal motifs all over the world to beautify urban surfaces by way of colossal murals and distinctive sculptures — but he’e best known for his jaw-dropping transformations of abandoned buildings, turning eyesores into spectacular interactive works of art. 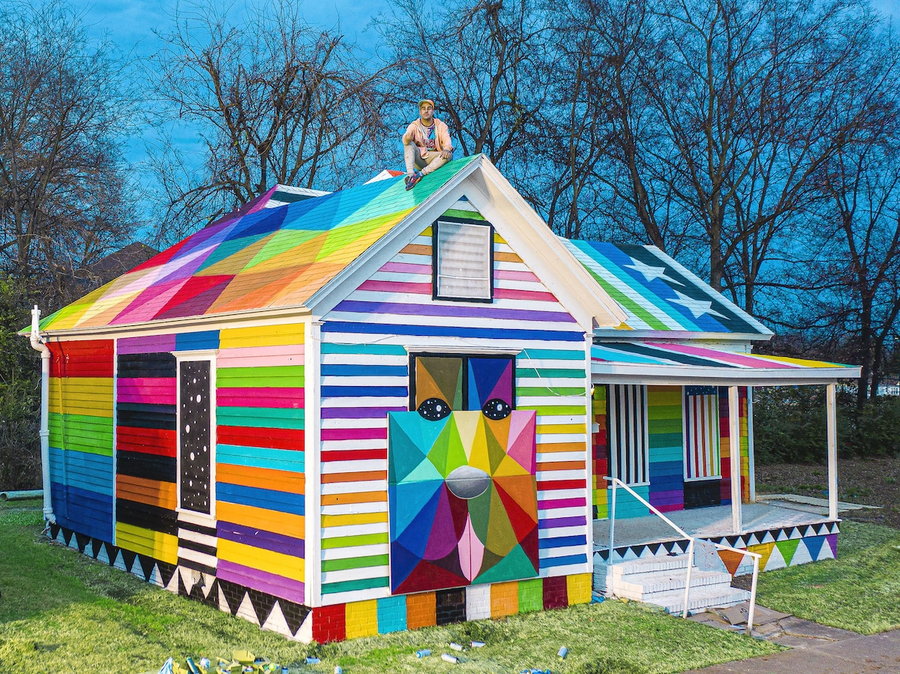 His latest project is the “Rainbow Embassy,” a new installation located in downtown Fort Smith, Arkansas. Created in collaboration with global creative house Justkids as part of the The Unexpected, an effort to revitalize dilapidated places in Arkansas with art installations, the project beautifies the exterior of a derelict house from top to bottom.

Sitting in a prominent location adjacent to a junior high school, the house must have looked a little depressing in its run-down state. Okuda says he took inspiration from the kids, imagining what they might like to see each day on their way to and from school. He then proceeded to paint all the exterior walls and half of the roof, as well as an on-site storage shed. Today, instead of peeling white paint and rotting boards, there are bright multicolored stripes, stars, geometric patterns, and two oversized animal faces. 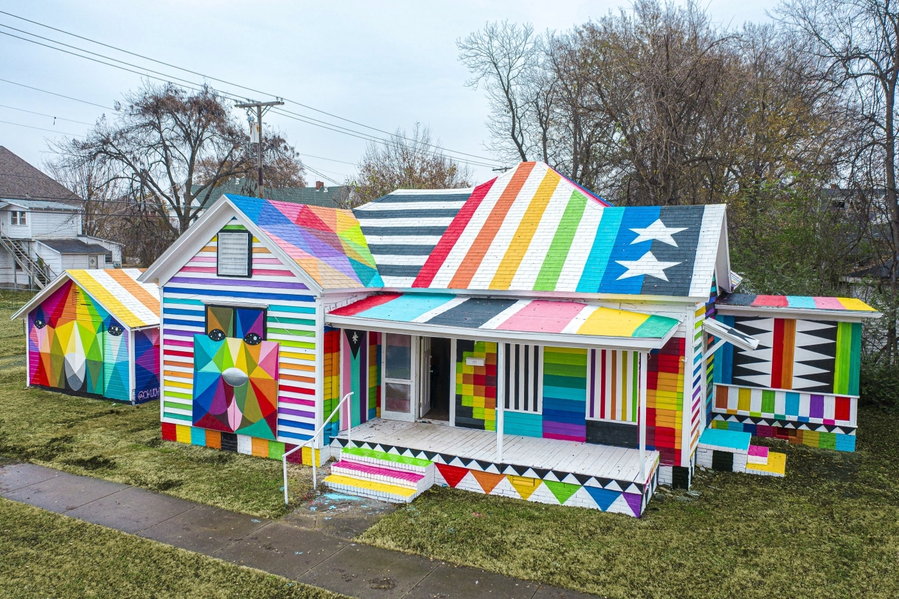 It’s not the first time Okuda has participated in The Unexpected project, and as he noted in a statement that he “loved coming back to Fort Smith. It’s a very peaceful place to create, and it was the perfect balance after having worked in Manhattan and just before heading into the madness of Miami Art Week. This project gave me the possibility to expand on my previous work, adding more architectonic dimension and completing my vision of mythical animals.”

Knowing that his works don’t exist within a vacuum, Okuda also takes all-important context into account before working on a structure. It’s important to him that each piece fits into its surroundings in a way that feels harmonious, even if it’s the brightest thing around. 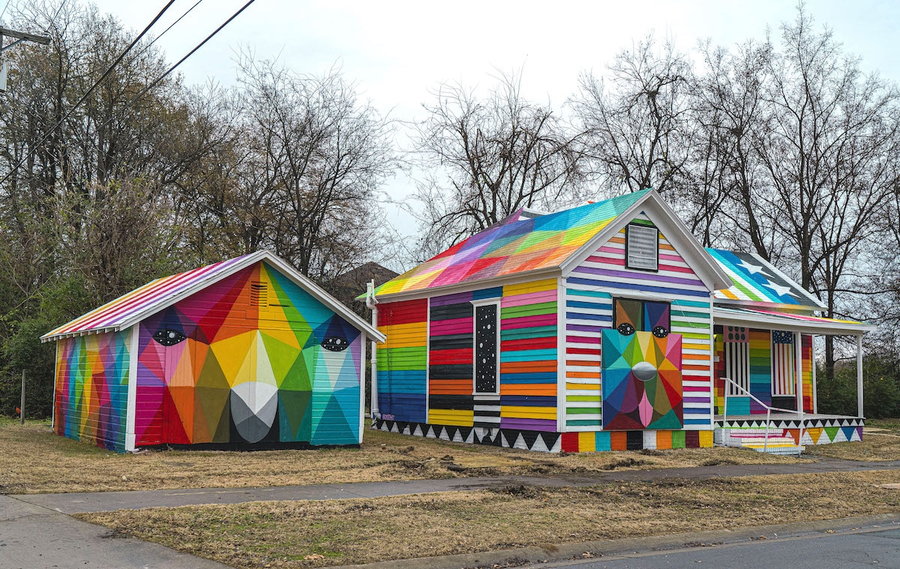 “Taking into account the fact that the work would be immersed in a community, next to a school and residences, the idea of mythical animals as a family unit interested me,” Okuda told Artnet. “The structure also let me in this direction, as I wanted to integrate the small shed in a playful way.”

French-American curator Charlotte Dutoit of Justkids says Okuda’s work is “nothing short of a dream come true… Okuda’s high spirited and immersive works are a true gift of joy to the community.” 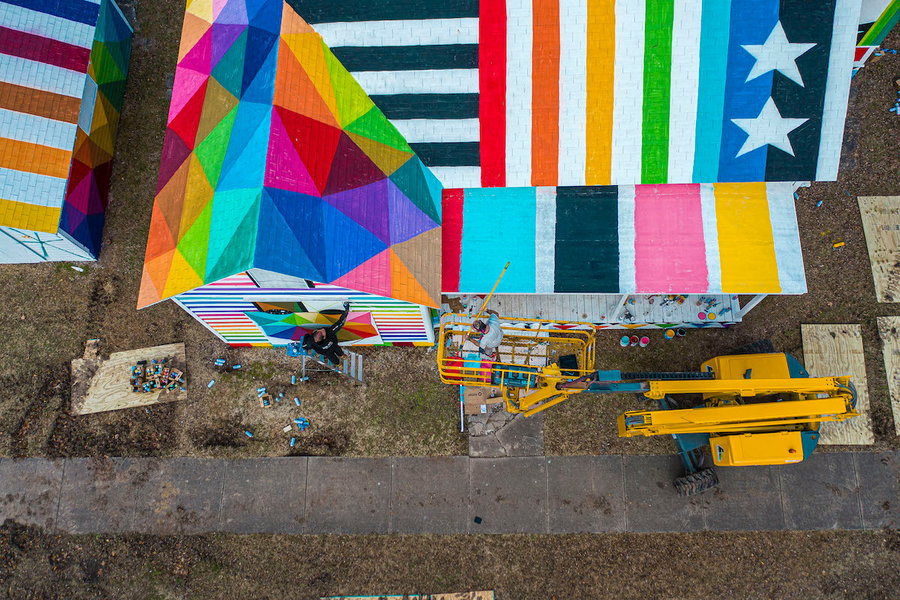 Previously, Okuda San Miguel pulled off another jaw-dropping transformation with “Kaos Temple,” an abandoned 100-year-old church in Spain. Working with professional skateboarders, who installed a half-pipe inside, Okuda turned the disused church into one of the world’s coolest indoor skate parks, adorning nearly every surface inside with his signature visuals.

Check out more of Okuda’s work, from massive murals to additional makeovers of abandoned spaces, on his website OkudaSanMiguel.com or on Instagram.