Each year, the prestigious Miami Art Week gets bigger and bigger. From well known art fairs such as Art Basel to growing fringe fairs like Scope, the exhibitions, installations, and events held at this gathering battle to outdo each other year after year. This year, Miami saw more than 20 fairs — as well as endless parties, conferences, and talks. Here are some of our favorite pieces of artwork, fairs, and installations from this year’s extravaganza. 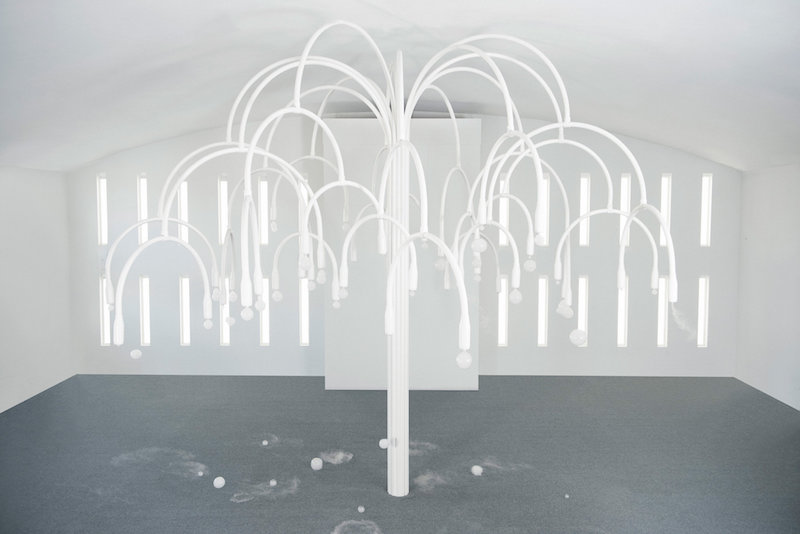 Continue reading below
Our Featured Videos
Back from their success at Milan Design Week earlier this year is minimalist clothing brand Cos in collaboration with Studio Swine. One of the most Instagrammed and talked about installations at the famous Italian furniture fair back in April, Cos x Studio Swine’s “New Spring” is now bigger and better than ever before (as one would expect from something being shown in the extravagance capital of the US). The installation is centered around an artificial tree, from which translucent bubbles filled with a scented mist drop and eventually explode upon touching the ground or coming into contact with skin. Visitors are encouraged to interact with the installation, and they can even hold the bubbles in their hands if they wear a set of special gloves. The piece exudes serenity and has been installed inside The Temple House, an art deco building in Miami, against a white backdrop that further reinforces the feeling of tranquility. Studio Swine says, “We wanted to encapsulate a lifespan of emotions in an instant. To create a multi-sensory experience that was fleeting, but in its time evokes joy and vitality, if only to remain as a memory.” 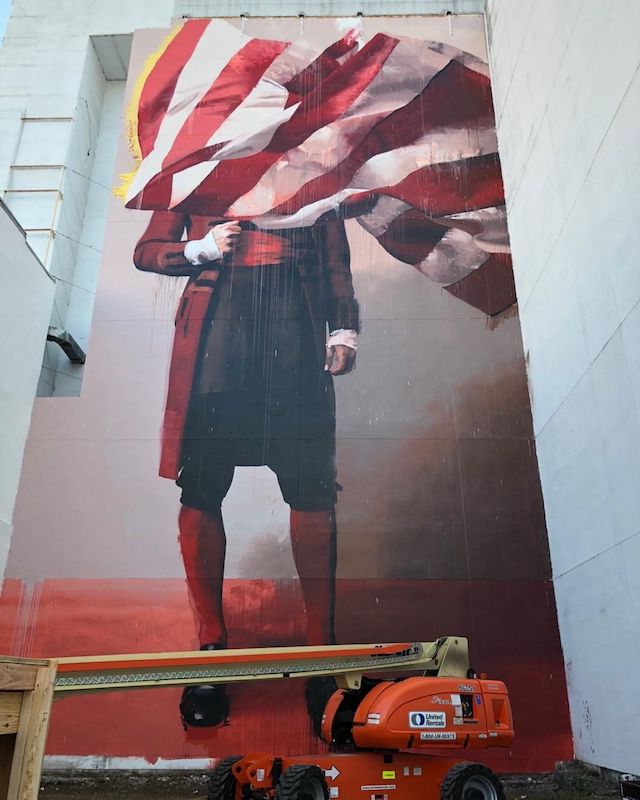 Urban art has had a growing presence at Miami Art Week recently (owing in large part to the takeover of street art in the neighborhood of Wynwood). Urban artists from all around the world descend on Miami during Art Week to paint murals and exhibitions, but this year, urban culture magazine Juxtapoz took a bigger bite out of the Miami apple with their “Juxtapoz Clubhouse,” which was made in collaboration with Adidas Skateboarding. As part of this showcase, Juxtapoz invited celebrated Irish muralist Conor Harrington to paint a huge 100-foot wall in downtown Miami adjacent to the Clubhouse site. The mural is characteristic of Harrington’s work and depicts a man in colonial-era dress holding an American flag, which in turn is blowing back in his face (surely a metaphor for the state of American politics today). Harrington is a big name in the urban art world and well respected within the community. 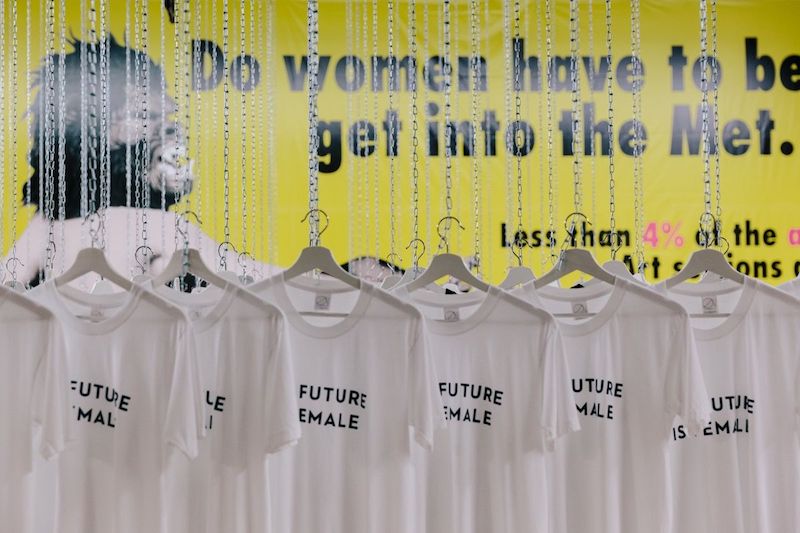 Fair Market has been garnering praise from all corners of the internet for championing issues related to race, gender, and identity, something which sets it apart from a lot of the other content at Miami Art Week, which is often considered to embody privilege and a lack of diversity. Located in the Brickell neighborhood (not a place you would expect to be visiting an art fair), Fair Market is a non-commercial showcase of work by exclusively female artists that addresses the idea of gender inequality in the art world. The market resides in a storefront, which itself displays provocative billboards that challenge the viewer’s ideas of advertising and marketing. Elsewhere, a video section plays visual content curated by Micol Hebron, and the “Trade” section allows for exchange through conferences, public works, and performances. 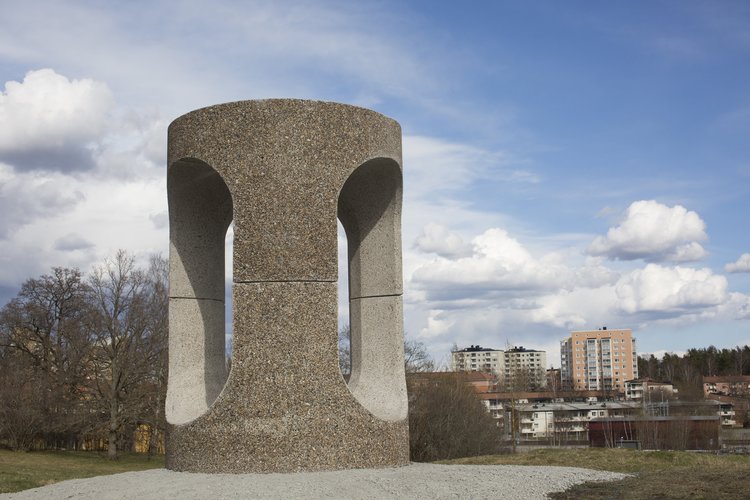 This stand-alone piece by designer Philippe Malouin is part of a Felix Burrichter-curated project called “Superbenches.” The project enlists a number of international designers to conceive of “superbenches,” and Core takes the form of a huge concrete and pebbledash cylinder perforated by giant openings, which viewers can perch at the bottom of as if they were sitting on a bench. Core is a modular system made up of smaller elements that slot together to form a small Brutalist structure, and it was presented by Salon 94 at this year’s Art Week. This 11.5-foot tall structure combines simplicity with raw force and is as powerful as it is elegant.