New York’s Little Island rises out of the Hudson River’s Pier 54 like a dream filled with looping shapes and lush greenery. Angular, imposing, and visually stunning, it’s no wonder this new parklet has become such a popular and welcoming respite from the city. 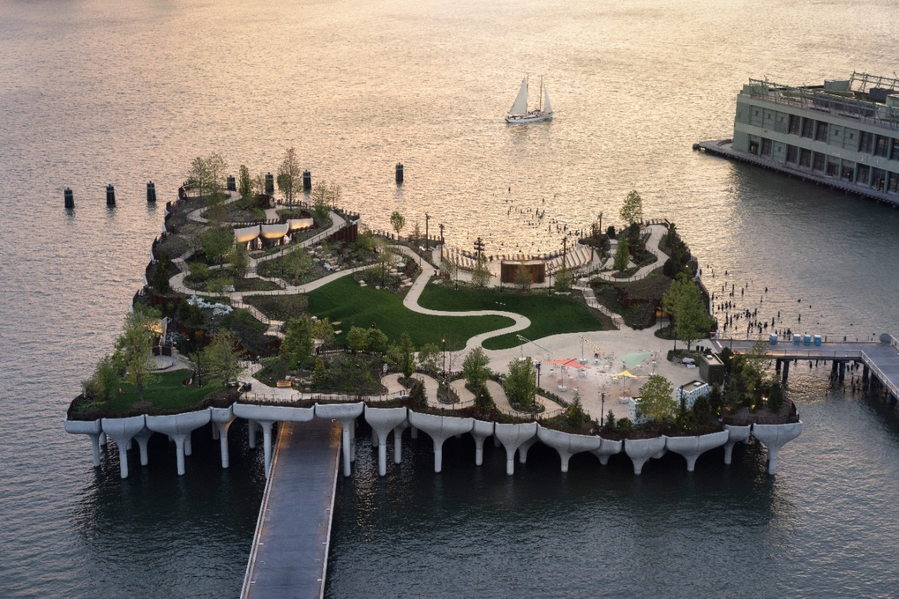 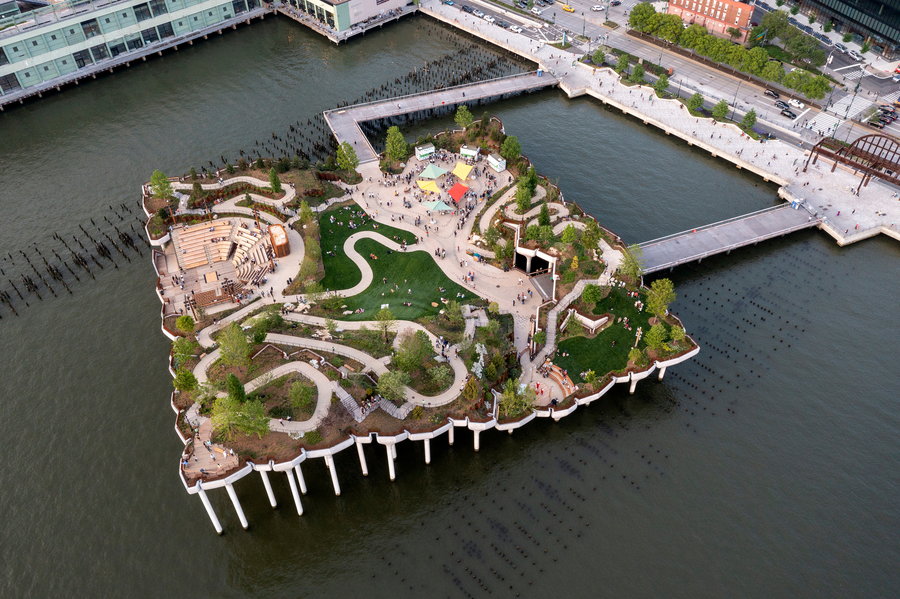 The structure is a distinctly New York addition to the surrounding area, adding to the surrounding Hudson River Park and the now-booming stretch of other little “islands” along the Chelsea piers. Rising from the ashes of the defunct Pier 54 (damaged by Hurricane Sandy in 2012), Little Island is less a phoenix than an ebullient homage to unique public spaces: what they are, and what they have the potential to be. 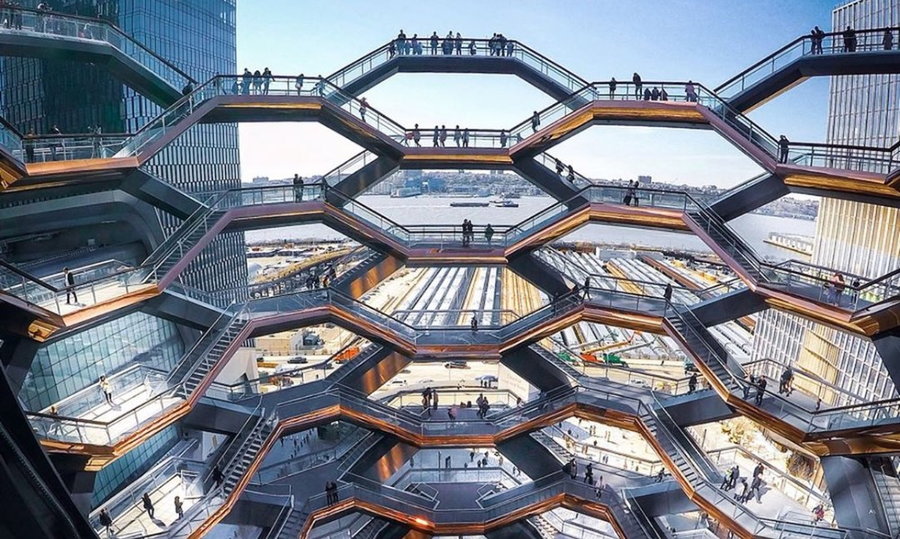 This enigmatic space cost approximately $260 million to build and is the brainchild of British designer Thomas Heatherwick, known to New Yorkers for the Vessel at Hudson Yards, itself a beehive-esque construction that’s architecturally artful, edgy, and vertigo-inducing. That 150-foot tall structure recently re-opened with new safety measures in place after being criticized for its safety protocols.

Heatherwick, known for design strategies that aim to create immersive experiences for visitors that merge form, shape, and ambition, has here created a more approachable and visitor-friendly structure that, instead of being imposing, is welcoming and quite lovely. 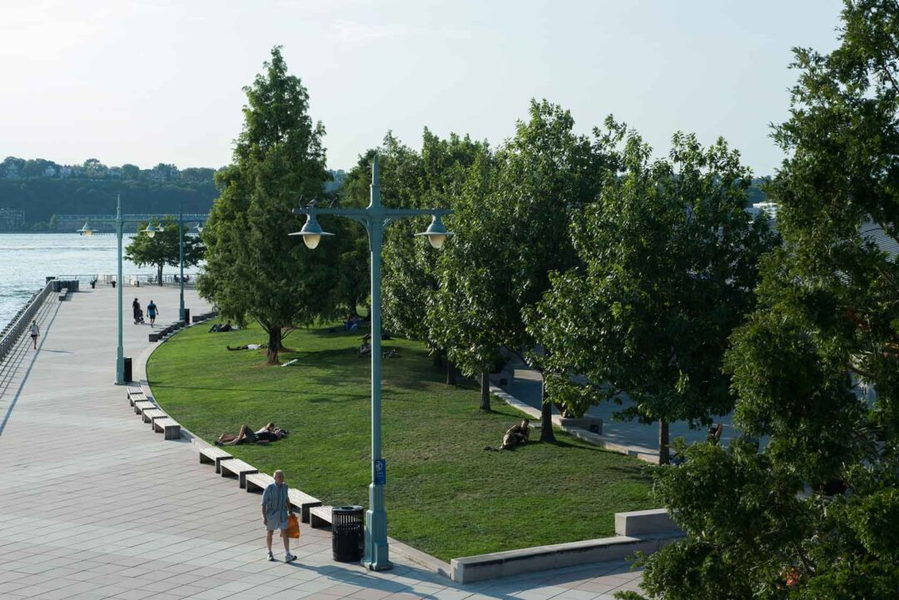 Funding for the Little Island came mainly from billionaire Barry Diller, who, in partnership with the Hudson River Park Trust, set out to reimagine Pier 54 in 2013 and create a public space that embraced nature, art, and design. Enter Heatherwick, and the vision for the present-day parklet was born.

The first sight of Little Island is enough to make anyone gasp in delight. White concrete structures rise out of the murky Hudson, dazzling the eyes and sparking the imagination. Visitors will feel as if they’re approaching a whimsical world, either floating lazily on the water or emerging from it as if birthed from its depths fully formed. Initially it resembles a setting in Super Mario World (Mushroom Kingdom, anyone?) or an elaborately constructed mini-golf course. 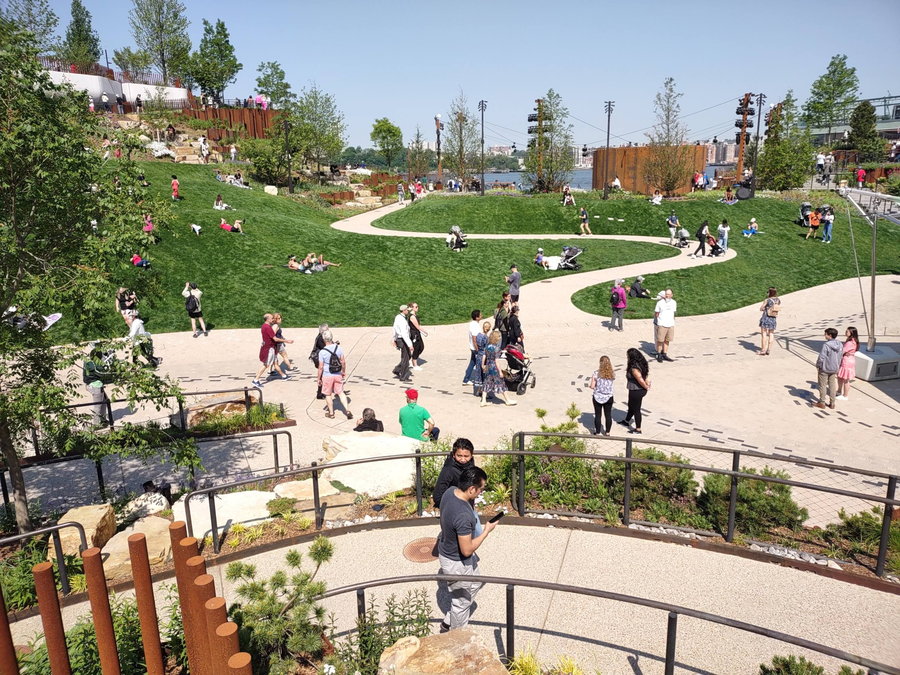 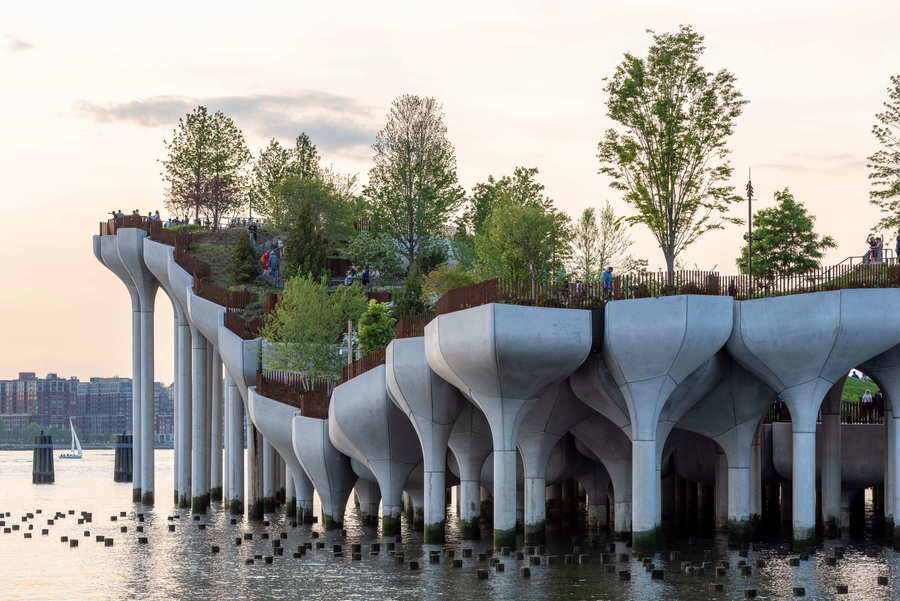 Either way, it’s certainly imposing and instantly captivating, and the designs on the island continue the theme with a beautifully landscaped space that somehow manages to be a natural haven while still feeling like a distinctive part of the city and its environs.

Part of the reason for that is that one can’t really escape a view of the city from here. It’s in the background, looming and distant, but still a major player in the proceedings. But it’s the details that make Little Island truly special: the paths are winding and broken up by little asides that truly recreate a fairy tale experience, hidden secrets among the landscape that emerge as a trail of bread crumbs leading into each new twist and turn.

Tactile and truly immersive, Heatherwick’s design pairs beautifully with the landscape architecture of New York design alum Signe Nielsen, who herself has an eye for merging natural elements with the surrounding architecture. This combo complements and enhances Little Island’s curves and rises, bringing to life all its rich views and secrets. 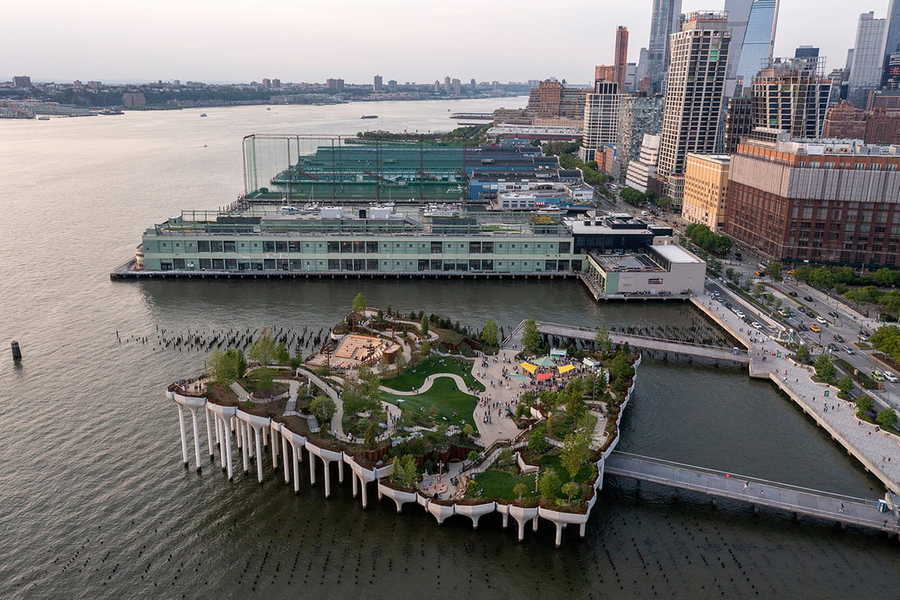 Upon arrival at Little Island, visitors may feel as if they are a part of something larger; namely, the interconnecting network of piers and attractions that now dot the landscape throughout Hudson River Park. But once on board, it’s all too easy to get lost in the dreaminess of the design and the simple fantasy of this magical green space so removed from the city (and yet somehow an integral part of it).