Fire is a living, breathing entity. It can take on a life of its own, changing directions and taking out everything in its path within minutes. When it comes to wildfires, the main challenge lies in trying to predict what path they will burn so they can be adequately combated. That task just got a little easier thanks to a new technology that helps firefighters decide where to battle the blaze and know exactly when and who to evacuate. 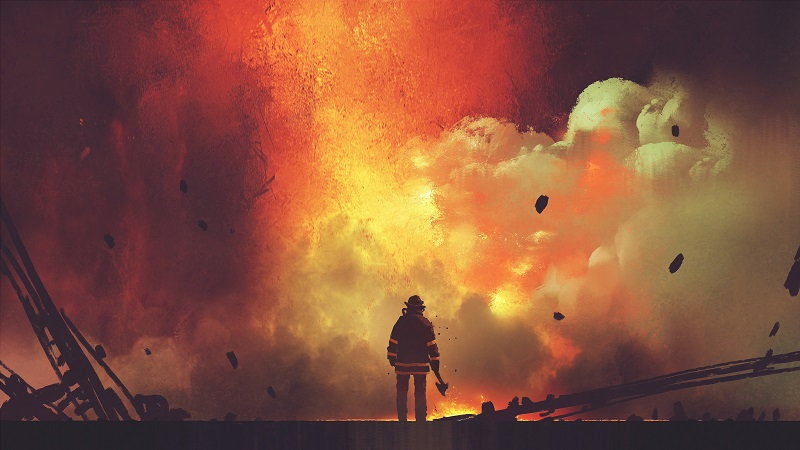 It’s always been a bit of a guessing game as to when and how to evacuate an area. Over the years, firefighters have implemented a variety of tactics to gain insight on the behavior of wildfires. For example, the Los Angeles Fire Department and other agencies send up drones to identify hot spots and use planes loaded with cameras and infrared sensors to map out the perimeters of a blaze. They also rely on supercomputers to process data that can help with the task.

“We’re always looking for innovative ways to get better intelligence, and it all comes down to enhanced situational awareness,” says LAFD Chief Ralph Terrazas. “That’s what we train our firefighters: when you’re on the fire ground, you got to be aware of what’s going on to make good decisions.”

But as of this September, Los Angeles, Orange, Riverside, Ventura, and San Diego counties have a $4.5 million tool at their disposal. A pilot program called FIRIS, or Fire Integrated Real-Time Intelligence System, is now being tested in California as a way to better coordinate firefighters’ collected data for quicker and more accurate fire forecasting. In this way, FIRIS produces nearly real-time fire perimeter maps just minutes after planes arrive on sight.

To pull information together, a supercomputer called WIFIRE, located at the University of California, taps into weather reports, wind conditions, information about vegetation that can act as fuel for the fire, census data to understand population sizes and structure layouts, and topographic maps to produce a projection of the area where the fire is most likely to burn. The resulting computation provides an estimation of where the fire will burn for the following six hours without intervention. This allows any agencies battling the blaze to deliver a swift response, and also gives them calculated information about timing and location for optimum evacuation protocols.

The output from the supercomputer is coupled with infrared scans from planes that both confirm the data and provide additional information to the Southern California Wildfire Fusion Center, which acts as a coordinating hub for intel. There, it is circulated to the fire chief, the command post, local law enforcement agencies, elected officials, and the general public. It is then uploaded to the LAFD website, where residents can find all the necessary evacuation information. Following the initial response, new tests are run every few hours to see if there have been any changes in the forecast, with planes returning to the area three to four times a day to gather real-time data.

Of course, making these types of estimates about where the fire will turn next is not a new tactic. In fact, the majority of the tools being implemented have been used for a very long time in the war against wildfires. The difference is that instead of hours wasted scouring reports as they come in from different sources and making guesses based on terrain shown on topo maps, WIFIRE and FIRIS produce more accurate results within minutes. 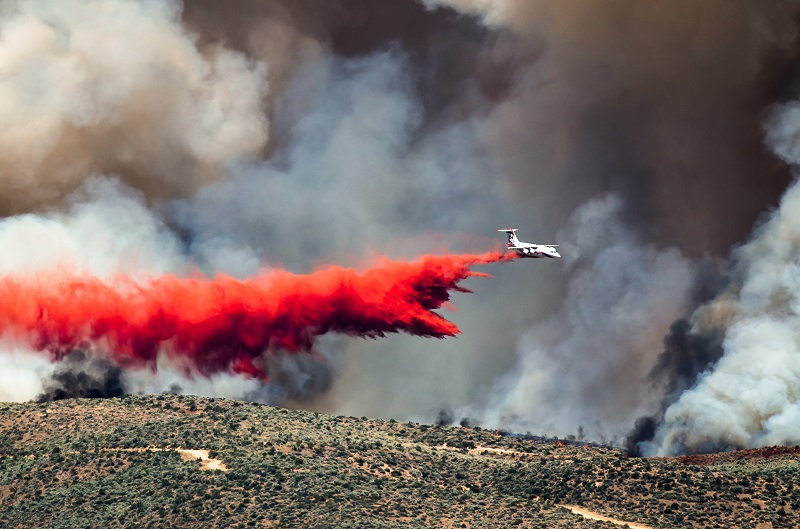 The company behind FIRIS, Intterra, hopes the technology will save money and resources, improve communication, and most importantly, save lives. In the future, Intterra says its system will be able to help predict fires before they even happen, using the information gathered regarding weather, wind, topography, and vegetation.