The technology firefighters use to battle increasingly intense and deadly wildfires has changed surprisingly little in the past 60 years. We often take the speed of technological innovation for granted, but when it comes to fighting fires in California, these “innovations” consist of little more than helicopters, foam and water, firetrucks, and firefighters on the ground with axes.

Yes, the foam — which is similar in composition to the fire retardant used in handheld fire extinguishers — has been significantly improved since it was invented in 1902. And the axe that we see the firefighters carrying, dubbed “Pulaski,” was updated with an elongated handle after an ergonomic study helped its designers better understand how to reduce fatigue. Still, significantly newer technologies like satellite imaging have yet to be implemented successfully.

There are a few reasons that the California Department of Forestry and Fire Protection (CAL FIRE) seems so slow to introduce truly sophisticated technology. For starters, planning requires extensive collaboration between members of Congress, forest management, and eye witnesses on the ground. Congressional-level efforts to allocate more money to technology are already underway, as more money is consumed by the increasing severity of the state’s wildfires. Ralph Gonzales, the Fire and Aviation Portfolio Manager at the U.S. Forest Service’s Technology and Development program in San Dimas, California, also explains that the state doesn’t “want to introduce unintended consequences.”

So while many elements found in the following technologies are not brand new, what is new is the concept of bundling them together for use in firefighting, with a focus on early detection, mapping, and improved helicopter performance. 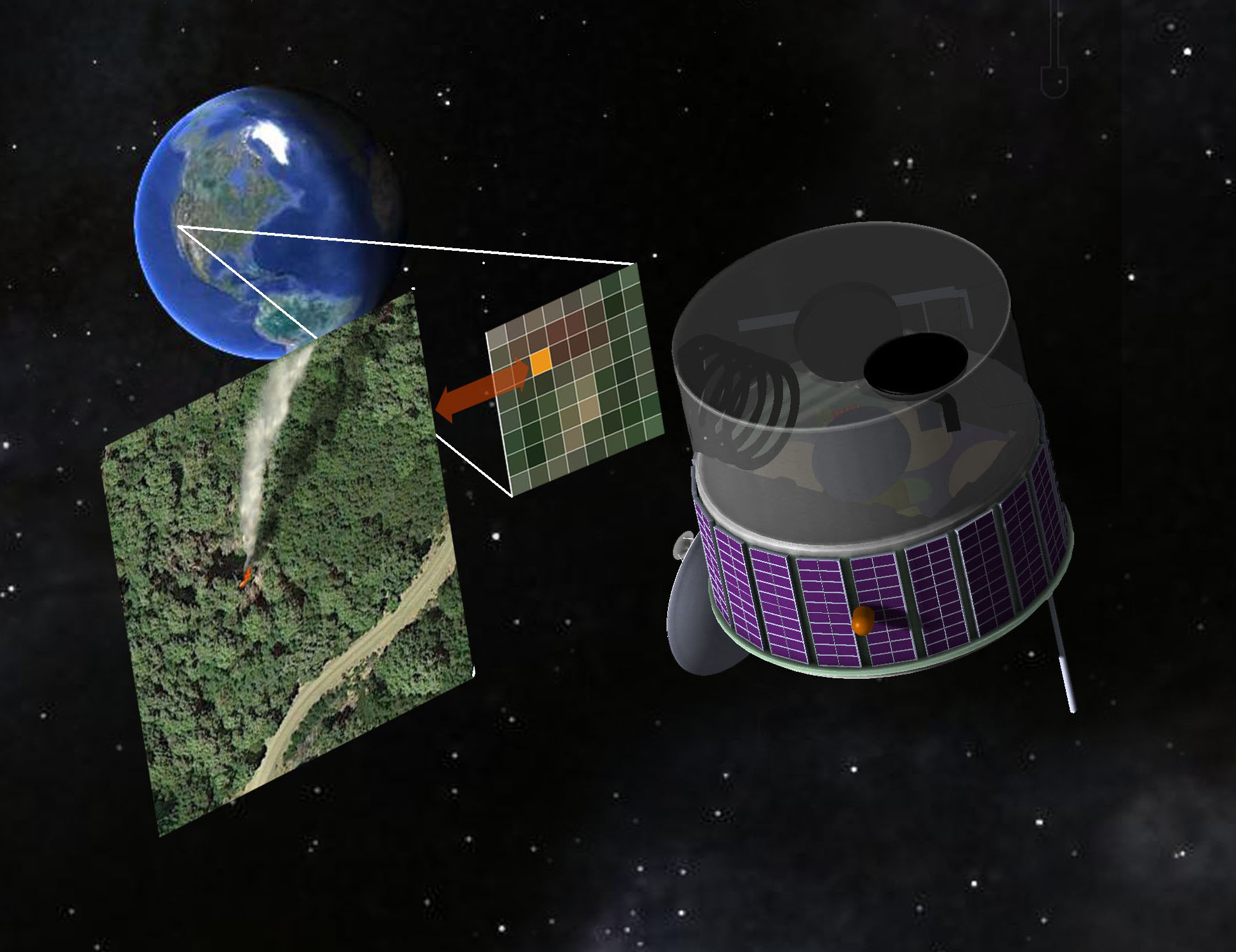 FUEGO is a collaboration between UC Berkeley (led by Carl Pennypacker, an astrophysicist at the Lawrence National Berkeley Laboratory) and Fireball, a Reno-based company headed by CEO Tim Ball, who himself boasts almost a decade of firefighting experience and a doctorate from Stanford.

The project’s crowdfunding page reads: “Using modern digital technology, FUEGO [Fire Urgency Estimator in Geosynchronous Orbit] will utilize platforms at various altitudes to detect wildland fires very early, measure wildland fires with high precision and specificity, and then feed such results into modern fire simulation programs.” While the system is still being developed, the team envisions something along the lines of geosynchronous satellites and aerial drones integrated with existing piloted aircraft and fire towers. Sensors and infrared cameras would aid in spotting wildfires before they became too difficult to control.

Currently, wildfires are most commonly reported by witnesses on the ground, and less often by airplanes or weather satellites. Pennypacker says that the usual half-hour response time could be cut down to two minutes or less with FUEGO. Before that can happen, however, funding will have to be procured for the up-to $300 million satellite needed for the system. The team has even started entertaining the idea of a partnership with the US Defense Department, which already uses similar satellites.

Collector is an app developed by Esri, a company that specializes in information management. With a user-friendly interface that takes advantage of the built-in GPS hardware we all have on our smartphones and tablets, the app allows firefighters to download maps and work offline. As soon as they have cell service, their data is uploaded. They are then able to see a fire’s size and location, as well as any structures and roads in its vicinity.

The hope here is that GIS tools like Collector could eventually replace radio communication for both aircraft and ground crews. Lisa Elenz, the Assistant Director of Capabilities, Development, and Integration for the Forest Service’s Fire and Aviation Management Division, explained: “We’re trying to expand our ability to access information off-aircraft, download it while they’re still in the air, store it, and make it searchable for analysis and documentation. We want to improve situational awareness so we have better information for line officers, decision makers, and crews on the ground.” Cal Fire has been using the app since 2014 to help map wildfire damage. 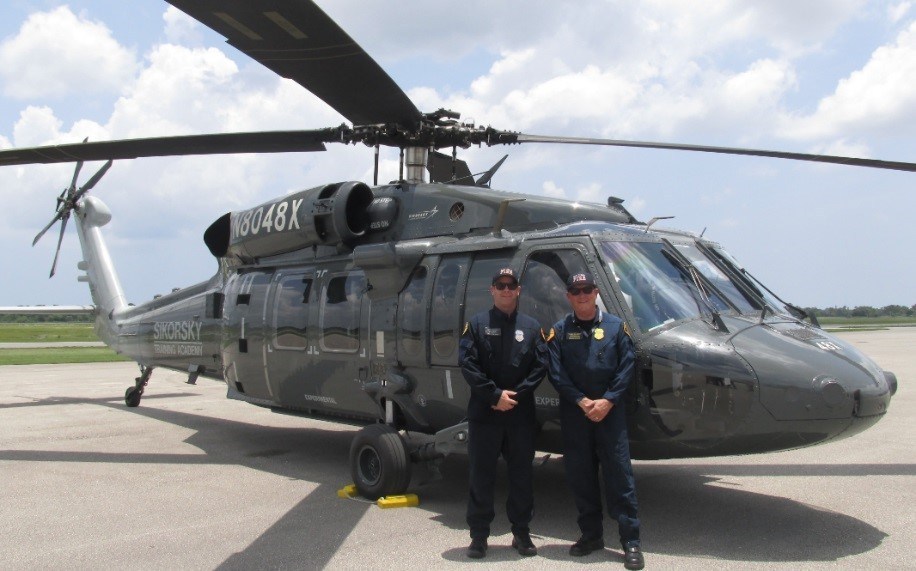 San Diego Fire-Rescue Air Operations Chief Chuck Macfarland states: “Never before has the City of San Diego operated as large and as powerful a helicopter as the Black Hawk, which can accurately place almost three times more water on a wildland fire in a single drop than our current fleet. By hitting wildland fires aggressively in their initial stage, we will be able to keep fires small.” The Black Hawk, now dubbed the Firehawk, can carry up to 11 firefighters and all of their gear. The aircraft boasts an 1,000-gallon (8,000-pound) belly tank, extended landing gear and rescue hoist, and a retractable snorkel. In comparison, the existing fleet of Super Huey helicopters can carry just eight firefighters and about 360 gallons of water or foam. Among other functions, the aircraft’s digital cockpit allows for precision hover, and its digital moving map is able to pinpoint precise location and destination. It’s easy to see why adoption of this particular technology is so attractive to fire departments.

“We’ve got a new dynamic in the landscape,” says Edward Struzik, author of Firestorm: How Wildfires Will Shape Our Future. “We’ve got heat drying up the forests, extending droughts, providing more fuel for ignition. The heat drives winds like the Santa Anas even harder than in the past.” The Forest Service currently has 80 people doing research and development, much of which focuses on the incorporation of new technologies. Here’s hoping these innovative measures provide at least a little relief to the increasing intensity of California’s wildfires.