A new independent film is shining a light on the architectural haven of Columbus, Indiana. Once referred to as the “Athens of the Prairie,” the town is little-known outside of architectural circles, but building buffs have long regarded it as an enclave of modernism that champions mid-century American values through its built environment. The film, simply entitled Columbus, is directed by Kogonada, a video-maker who has turned his refined aesthetic, which often focuses on details in filmmaking (as seen in his short “Sounds of Aronofsky“), toward feature-length film itself.

The study of film has set something of a precedent for Kogonada, who perhaps unsurprisingly chose to put architecture at the forefront of Columbus, being that architectural works, like movies, require meticulous thought, research, and detailing to create. 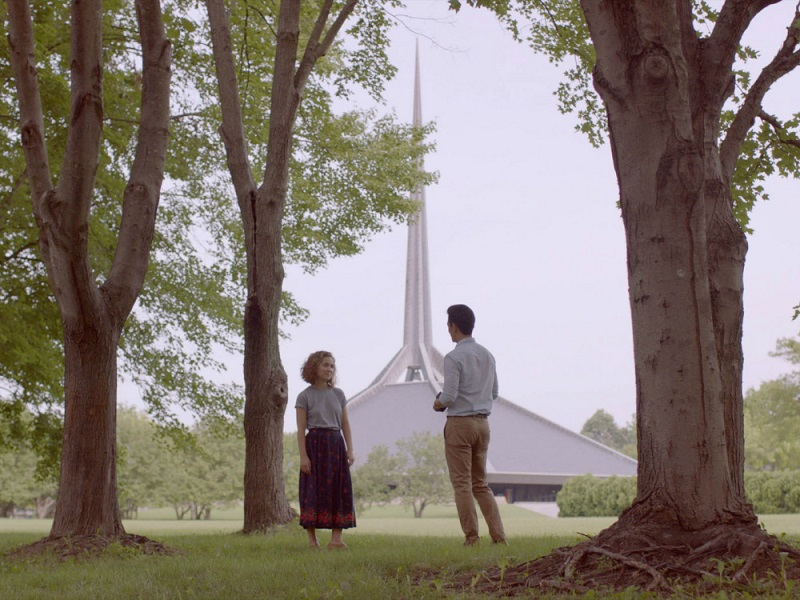 The film tells the story of Casey, a small-town girl from Columbus who is fascinated with architecture, and Jin, a city boy who is in town tending to his father, an architectural academic who suddenly fell ill before he was due to give a lecture there. The film links the two characters through their respective attitudes toward architecture — Casey is emotionally connected to the buildings that surround her, but in the absence of any formal training, lacks the education to properly articulate her feelings.

Jin, on the other hand, has a tainted connection to architecture because of a difficult relationship with his father, and while he can intellectually engage with the buildings, they ultimately leave him feeling cold. The relationship between the two protagonists blossoms over the course of the film, with architecture serving as the backdrop all the while. The beautifully-shot film is truly a cinematographic wonder. While architectural works are often difficult to capture in their entirety because of their scale, cinematographer Elisha Christian manages to imbue these each structure in the movie with its own personality. 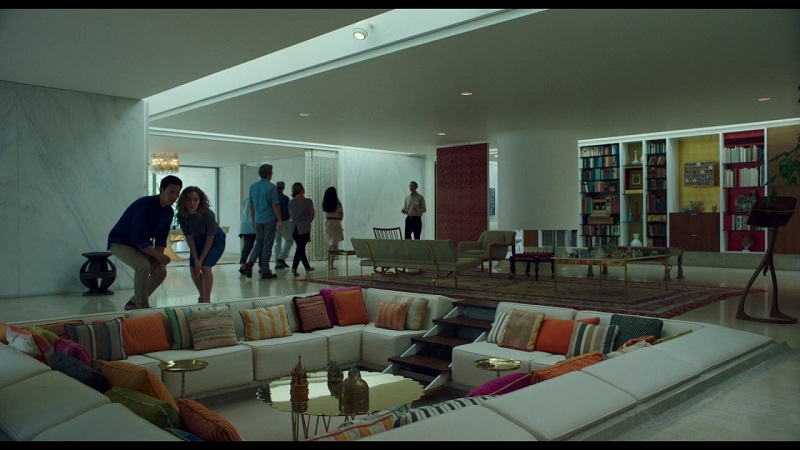 Columbus, Indiana is an architectural wonderland thanks to J. Irwin Miller, a resident-industrialist and philanthropist who was the head of the manufacturing company Cummins from 1951 to 1957. During his tenure there, Miller led the Cummins Foundation, which worked with world-renowned architects of the era such as Eero Saarinen, Eliel Saarinen, I.M. Pei, Robert Venturi, and Skidmore, Owings & Merrill and commissioned them to build civic, religious, and public structures in the area. 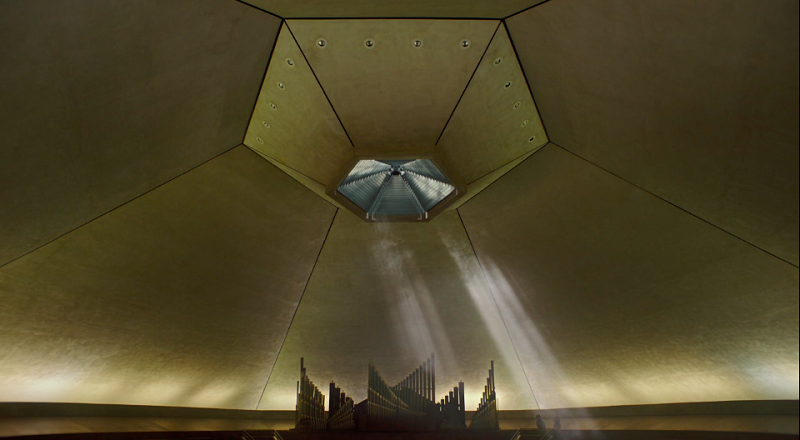 Some of these structures feature in the film and are used as almost static counterpoints to the human interactions taking place in front of them. At one point, for instance, Casey and Jin are seen talking by The North Christian Church, which was designed by Eero Saarinen in 1964 and set in a grassy landscape. The church’s imposing, futuristic spire shoots upwards between the two characters, contrasting with the natural trees around it but fitting into the scene perfectly. The Irwin Union Bank also features prominently in the film. The director says that he first visited Columbus as a tourist, but in his first few hours there, he had already decided that he wanted to make a film about it. 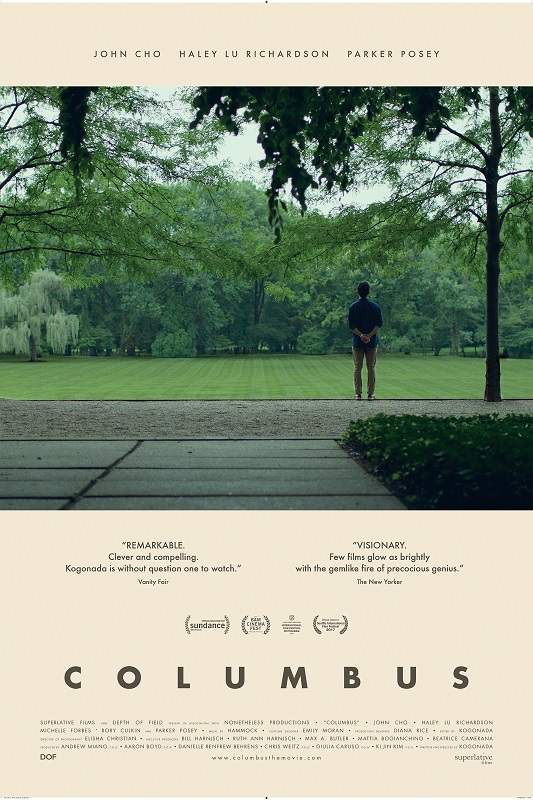 On his interest in art, architecture, and film, Kogonada says, “I’ve always been interested in Modernism, and then on a larger scale what it means to be modern. That had been percolating in my mind. So there was a context for me to immediately respond to this town, which felt like the embodiment of something that I had been thinking about: ‘Does art matter? Does architecture matter? Does cinema matter?'”

Be sure to check your local theaters to see if Columbus is playing near you.