The General Motors Technical Center is widely regarded as an icon of midcentury architectural design and has received generous praise as a landmark project since its opening in 1956. Over 60 years later, General Motors designer Susan Skarsgard offers a detailed history of architect Eero Saarinen’s original construction and design of the center via her new book. 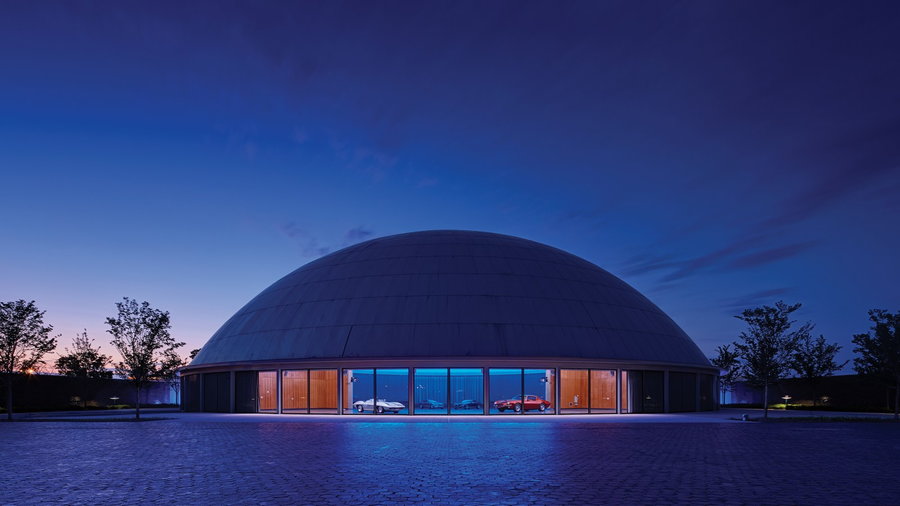 The book is titled Where Today Meets Tomorrow: Eero Saarinen and the General Motors Technical Center, and it includes photographs, architectural drawings, interviews, documents, and an unprecedented level of insight on the process of creating such an iconic project. When referencing the design, Skarsgard comments: “Every detail is prototypical — they didn’t go off-the-shelf for anything, whether trim work, door handles, and every bit of hardware and wall covering — it’s all completely designed for that space.” 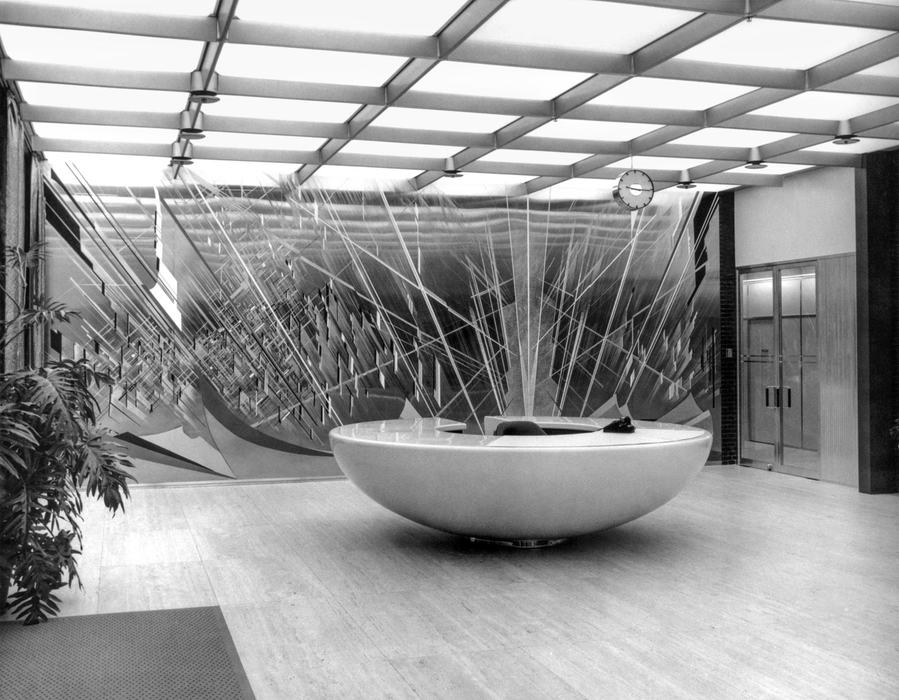 The General Motors Technical Center is located in Warren, Michigan and was Saarinen’s first-ever solo project. Of course, that doesn’t mean this task wasn’t also the brain child of several talented midcentury artists, including names such as Harry Bertoia, Alexander Girard, Florence Knoll, and Alexander Calder. The center was even deemed a National Historic Landmark in 2014. Ironically, despite receiving such acclaim and status, this landmark was not very well known for a long time, as it was mostly kept hidden behind closed doors and only admitted employees and guests. That’s what makes this new book all the more exciting.

The photos in the book give a full picture of the atmosphere around and within the center. The facilities resemble a wide, sweeping campus and cost around 100 million dollars to create. The center has 38 buildings and accommodates over 20,000 employees. The photos also show us the “Design Dome,” which is based on the steel and metals commonly used to make automobiles. The dome is used to display GM’s new product line and is considered the heart of the campus. We’re even given an ariel view of the entire facility, including “The Lake” and its stainless steel water tower. 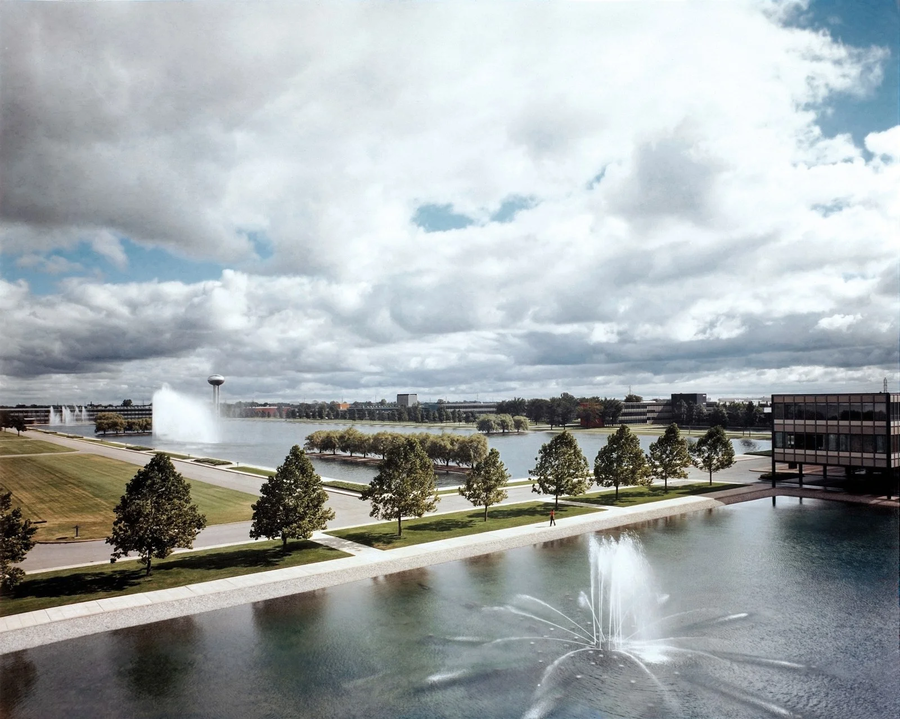 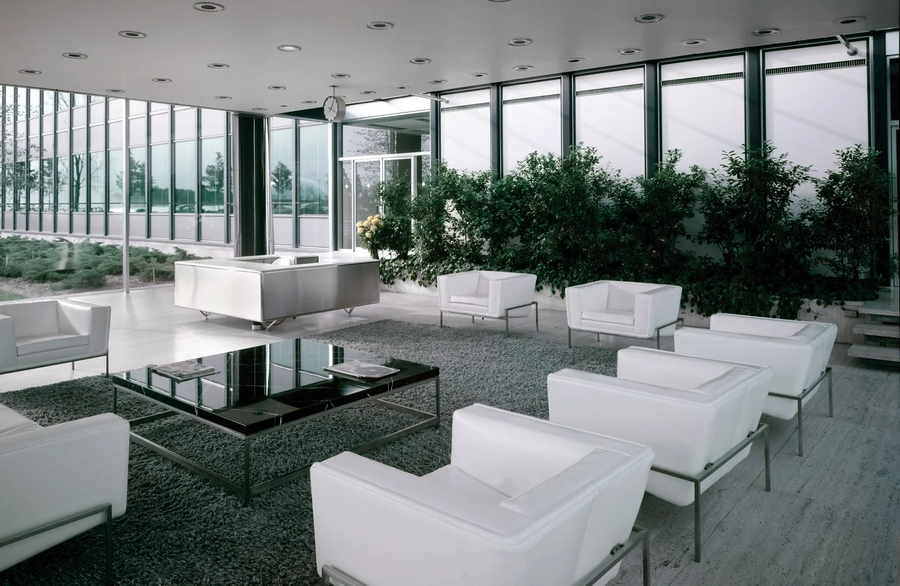 The book also gives us access to the interiors of the buildings previously seen only by employees and insiders. The technical center’s simple, crisp lobby features large glass windows, reflective tables, and large rectangular arm chairs. The dining area, while also overwhelming linear, incorporates a splash of orange and lush greenery. Everything about the look is minimal and sophisticated while still maintaining comfort.

Eero Saarinen was a famous Finnish-American architect known for multiple high-profile projects. Some of his designs include the Gateway Arch in St. Louis, Missouri and the TWA Flight Center of the John F. Kennedy International Airport in New York. While architectural design obviously made up a large chunk of his adult life, it was also a considerable part of his childhood. This is because he was the son of acclaimed Finnish architect Gottlieb Eliel Saarinen. Subsequently, Eero’s upbringing and European influences allowed him to become a leader in the International style for architecture, which is similar to modernism but originated in Europe post-WWI. 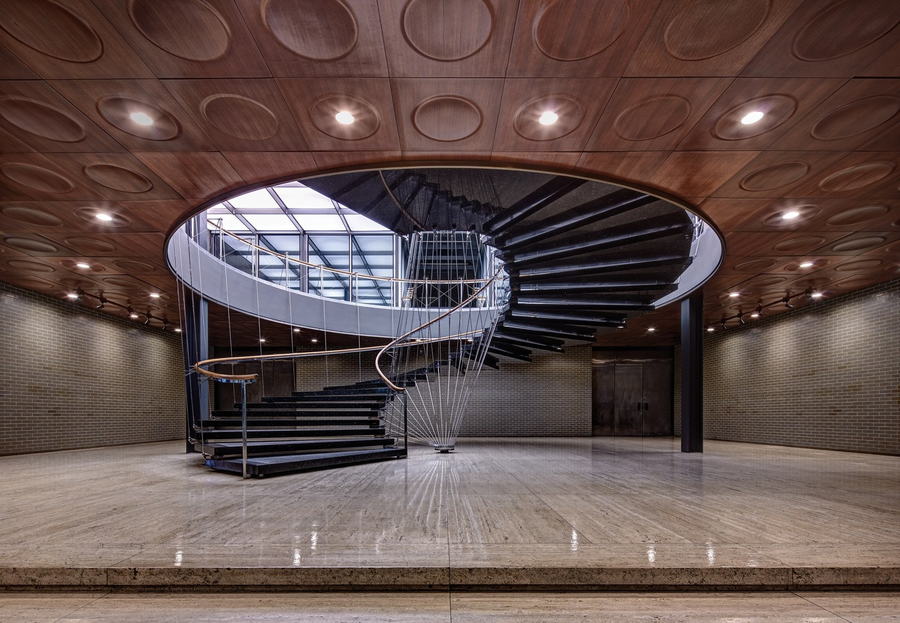 While Eero did have big shoes to fill growing up, he certainly left a large shadow of his own, designing some of America’s most iconic landmarks.