The Porsche timepiece website explains that “there are watches, and then there are Porsche Design Timepieces.” Emerging designer Simon Grytten has proposed a new watch concept for the company that would fall into the latter category: a wristwatch reminiscent of the Porsche 917’s shape and inspired by its multi-year wins at the 24-hour Le Mans auto race in France. 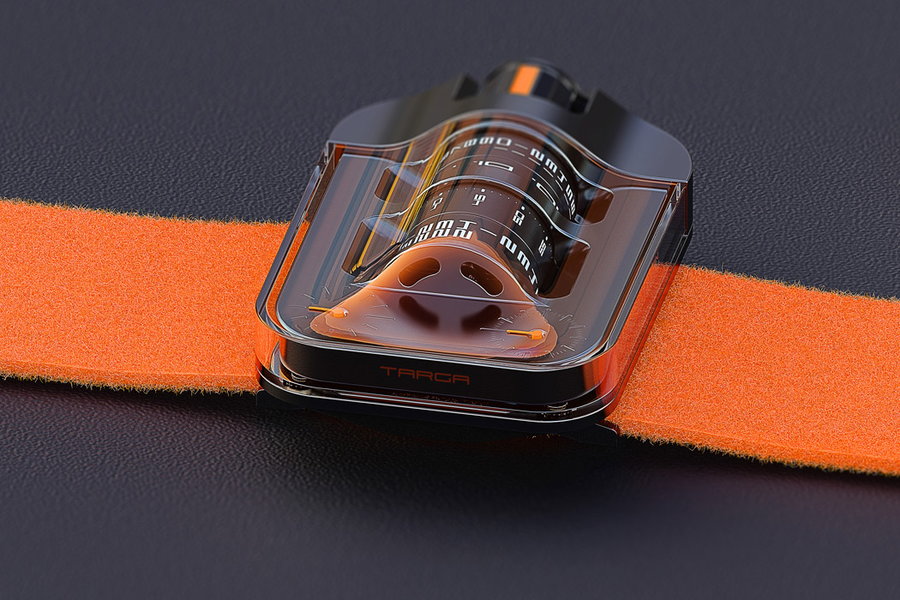 Grytten, a freelance product and transportation artist living in Barcelona, devised his brainchild to resemble the roof of the Porsche 917 (the winner of both the 1970 and 1971 Le Mans competitions), which itself boasts a contoured glass windshield and matching hatch overlooking the engine. The new timepiece idea mimics the slope of that glass, elevating the middle of the face with a view of four analog time-telling dials. The design also pays tribute to the Porsche’s dashboard, with two odometer gauges implanted on one side. 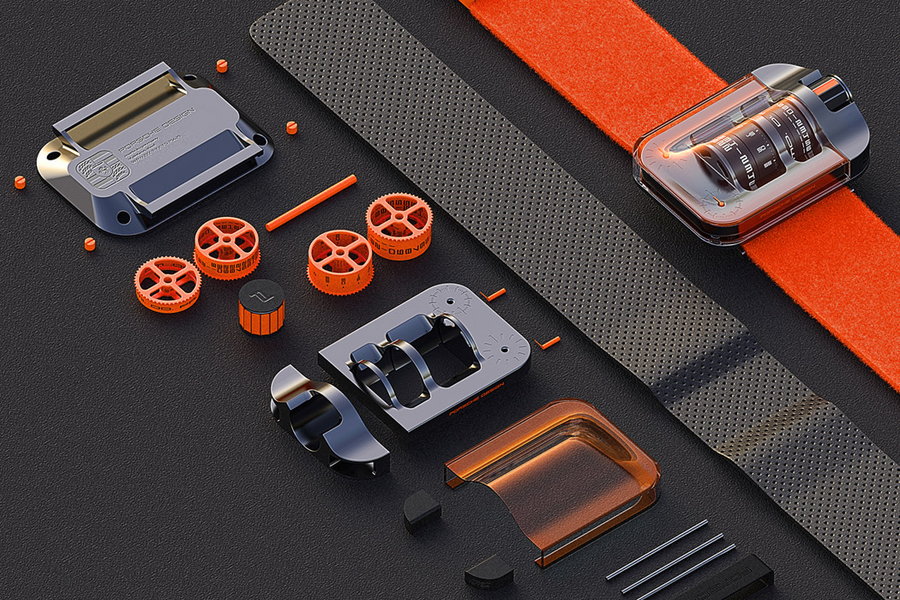 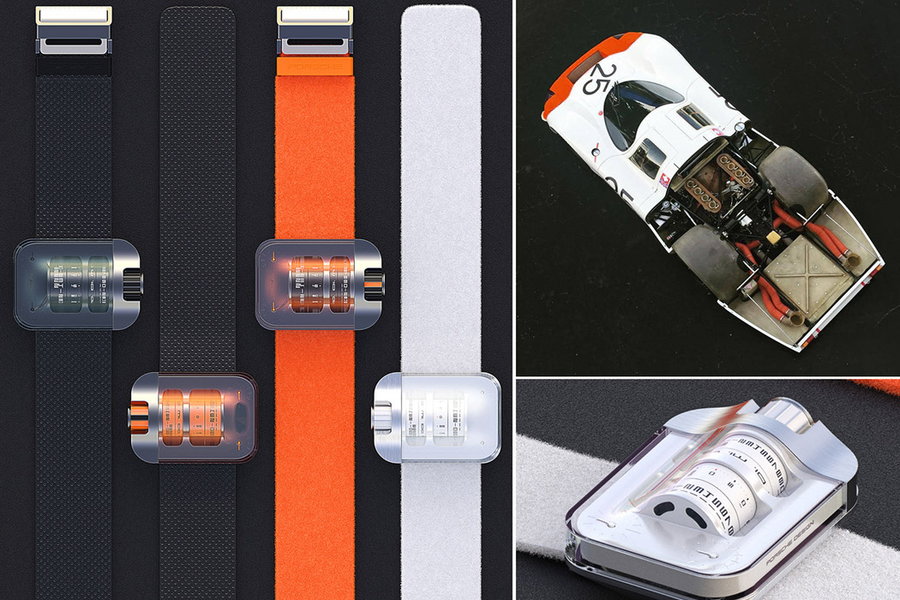 “The watch industry is a crowded market, mostly based on tradition. It is therefore very challenging to stand out, without being too complex or too futuristic,” says Gyrtton on his Behance product page. “For this project, the goal was to use Porsche DNA and philosophy. Indeed, they have proven for many years that by mixing classic and modern, disruptive & essential, the result is always unique. For Porsche, it is necessary to do more than just adding their logo on a regular watch.” 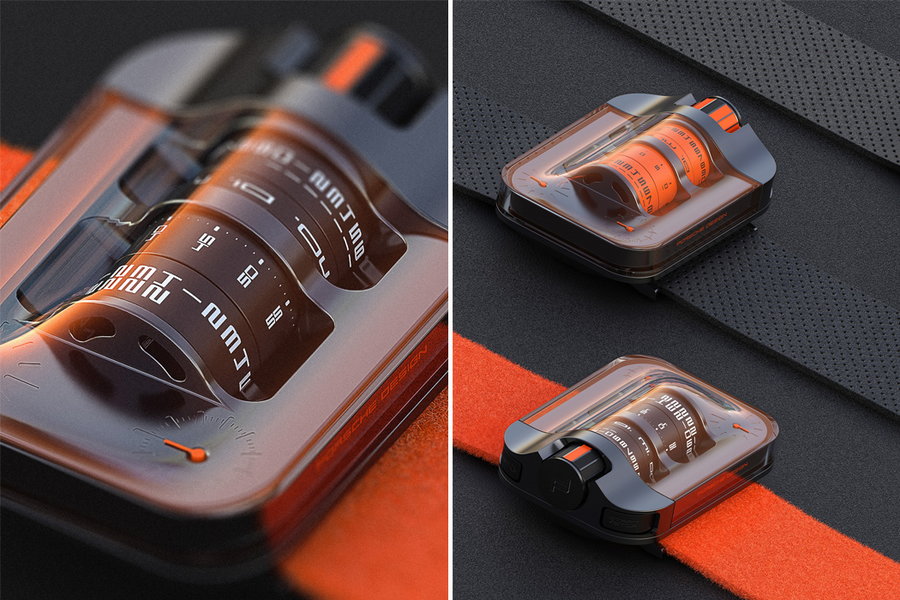 According to its website, Porsche is led by a “clear design philosophy: optimize function.” That includes reducing form down to the essentials and being willing to overcome the familiar to discover new and exceptional solutions.

Grytten took that sense of optimizing function to heart with this newest creation. “Nowadays, too [many] luxury watch makers expose the movement, instead of the time,” he explains. “Sometimes telling the time is even secondary. That’s why the key idea on this concept was to expose the dial as the ‘masterpiece,’ instead of the mechanical movement. To give more importance to it, inspiration from old odometers seemed the most logical way to go. It allows us to give more volume to the watch, creates completely new shapes, and also confirms the automotive heritage.” 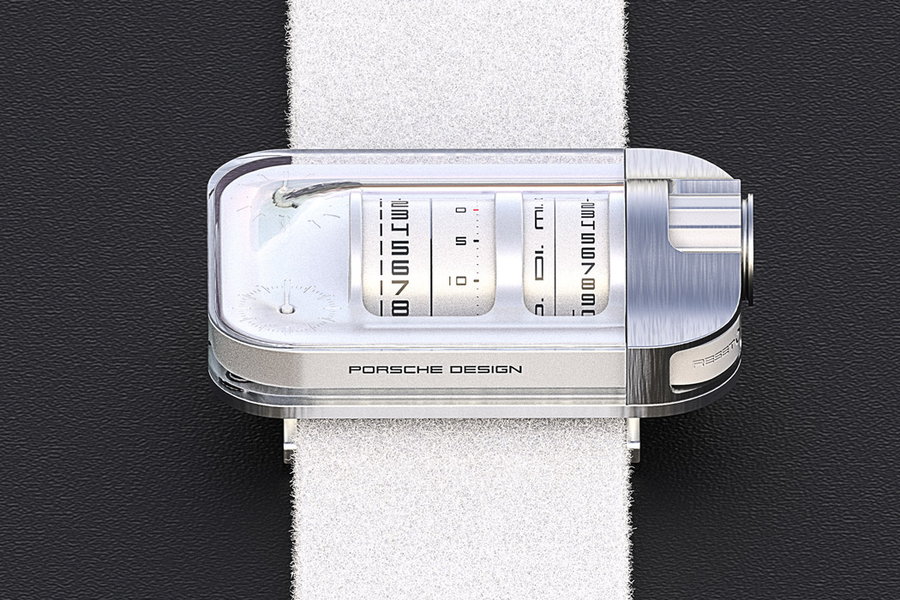 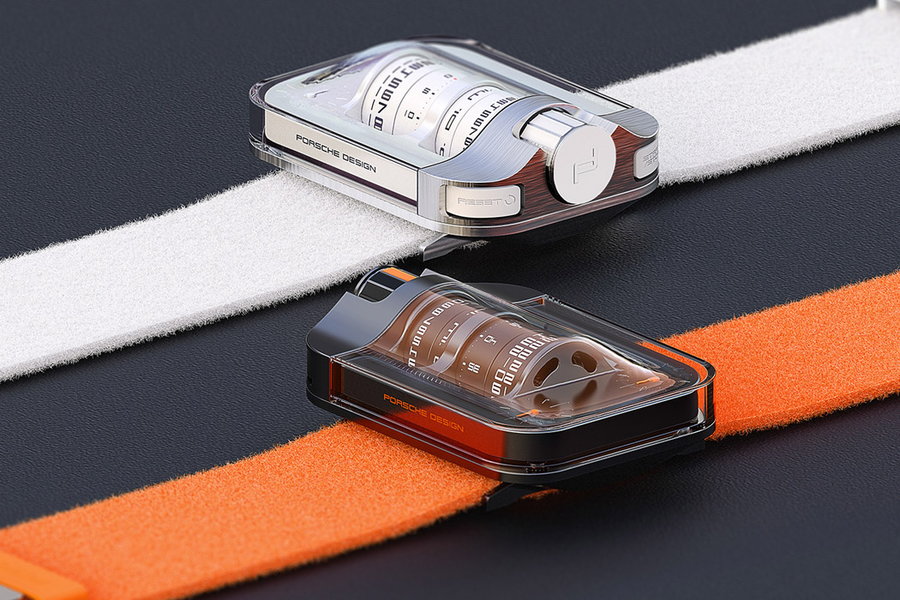 Porsche, the “world’s only car manufacturer with its own watch company,” has been producing timepieces for 40 years now, but its current collections include nothing as distinctive or unexpected as Grytten’s notion. It would be a major aesthetic shift for the company were they to pick it up. 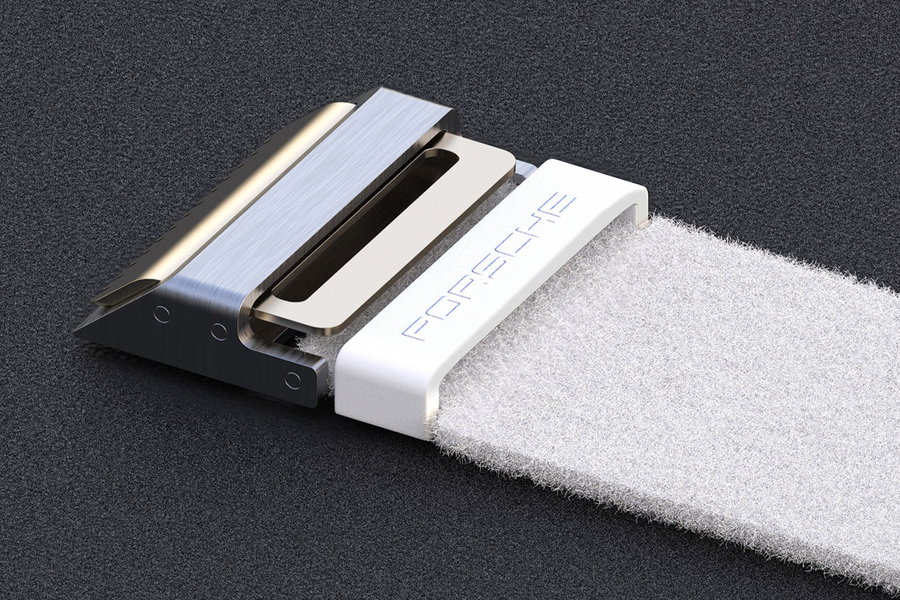 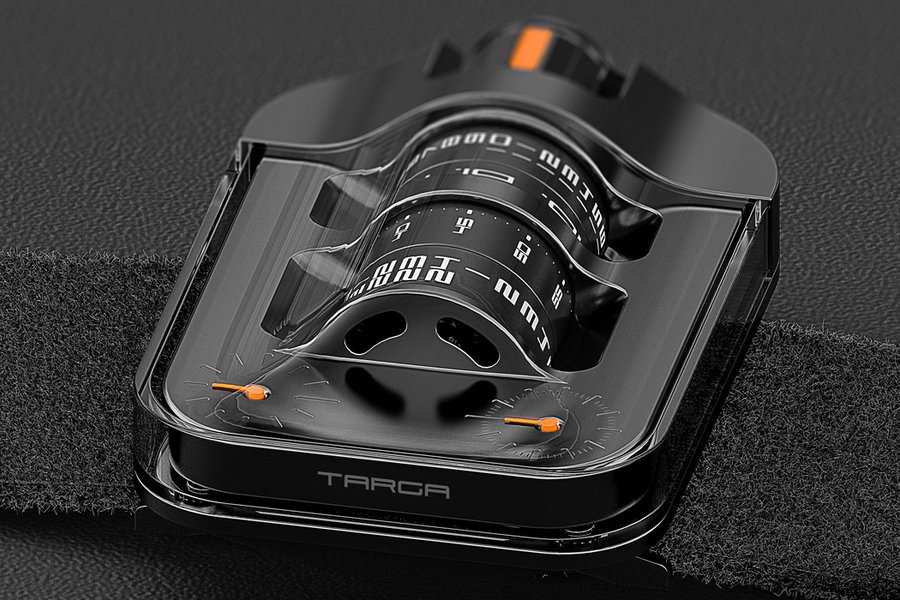 The schematics also call for orange, white, and black band options made from several different materials. The dial colors would also be available in the same range of colors. The sleek end clasps allow for any size adjustment, while the sides feature Targa branding, perhaps as a nod to the Porsche 911 Targa 4S. 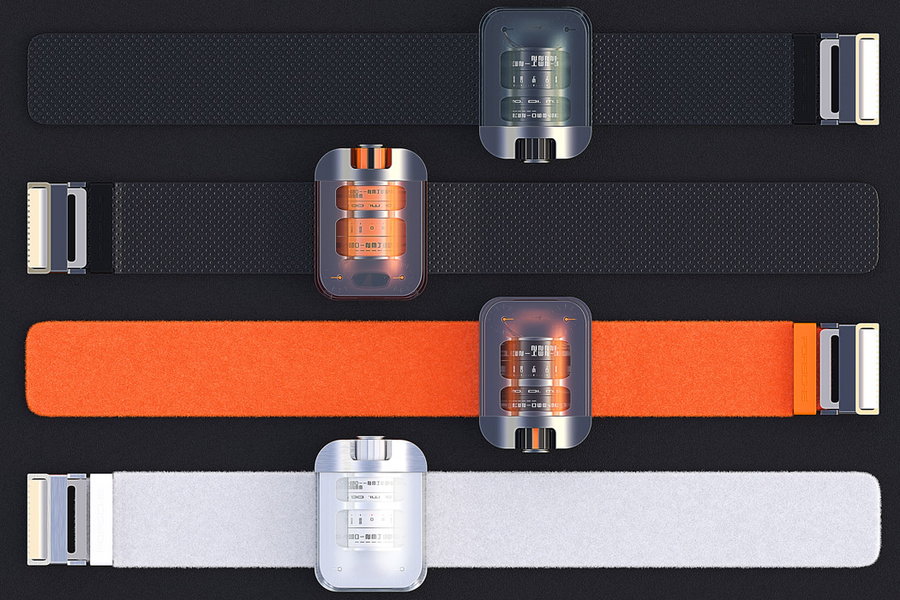 As an independent designer, Grytten has taken on all sorts of theoretical projects. His Behance page showcases plans for things like a NASA bike for Mars, an autonomous sailing and exploring boat for Mercedes, a self-driving BMW “Drunk Car,” and a solar wind farm for use on other planets.