When supergroup Styx released “Come Sail Away” from their album The Grand Illusion in 1977, they probably had no idea the sci-fi-inspired ballad would make the perfect soundtrack for a yacht from the future. 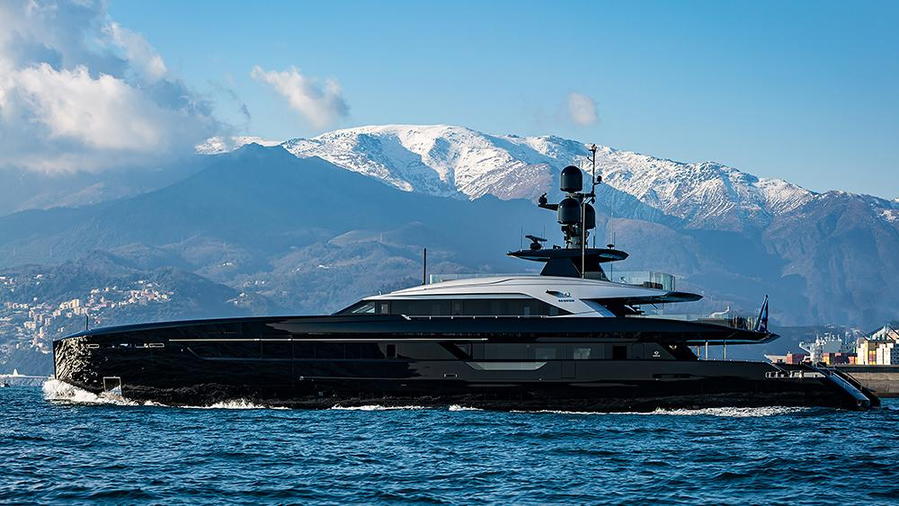 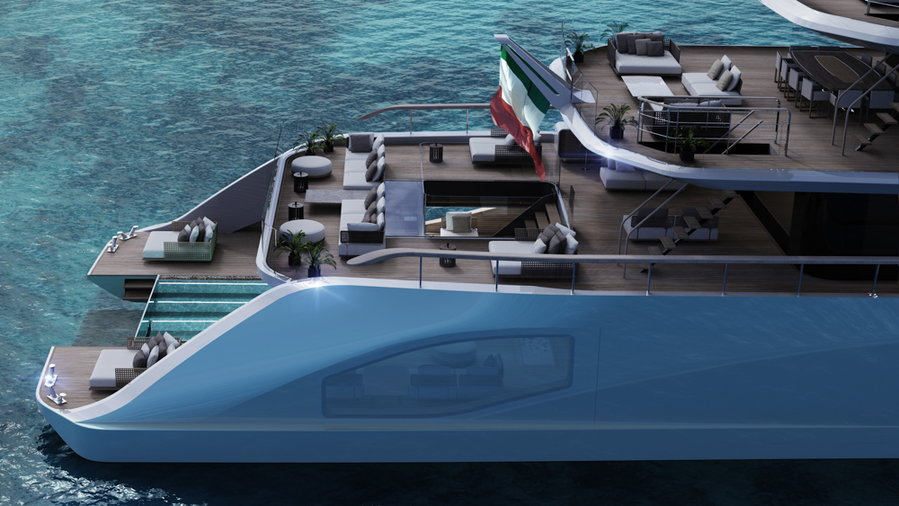 And the future is now. Famed Italian shipyard Tankoa made a splash at this year’s Monaco Yacht Show with their concept design for a new superyacht. Dubbed Apache, the futuristic yacht is not only striking because of its size (a whopping 250 feet), it’s also a visual masterpiece loaded with luxe amenities for the discerning seafarer. 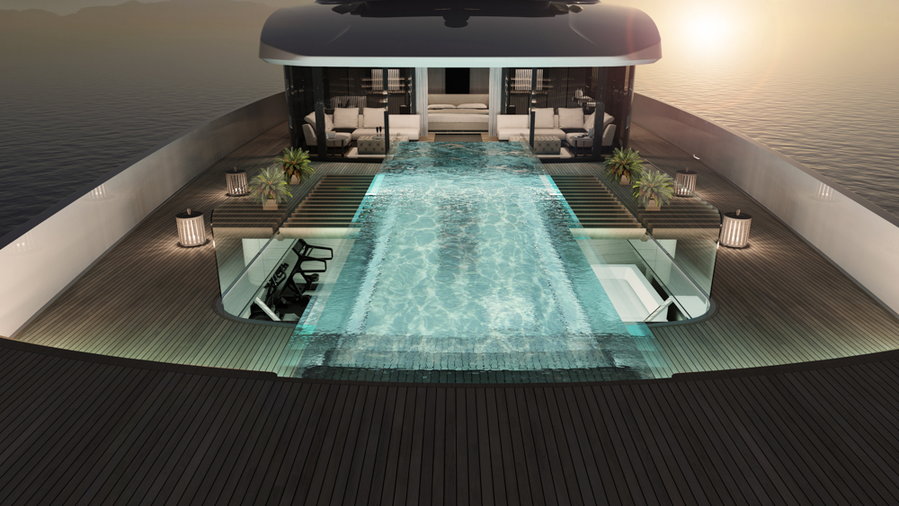 Clean, streamlined, and sleek, Apache is an emblem of modern design. Despite its massive size, the yacht doesn’t appear cumbersome. Rather, it seems to glide over the water. With an open design concept that allows for plenty of light to permeate the interiors and create unimpeded views of the surrounding seas, Apache is meant to stand out from its fellow luxury yachts not only in looks, but also in atmosphere. Designer Alberto Mancini recently described his vision: “Indeed Apache’s beach club design is not just an area for accessing the sea to be enjoyed only when anchored during the day; it is fully integrated with the main deck salon so it can be used day or night as an extension of the outdoor living space.”

Apache avoids the typical cave-dark effect of its fellow floating beach clubs through its unique attention to detail, which includes dynamic folding terraces made of one-way glass that surround the 1,345-foot resort space. These allow natural light to enliven the space while simultaneously enhancing the yacht’s exterior glamor and dynamic aesthetics. 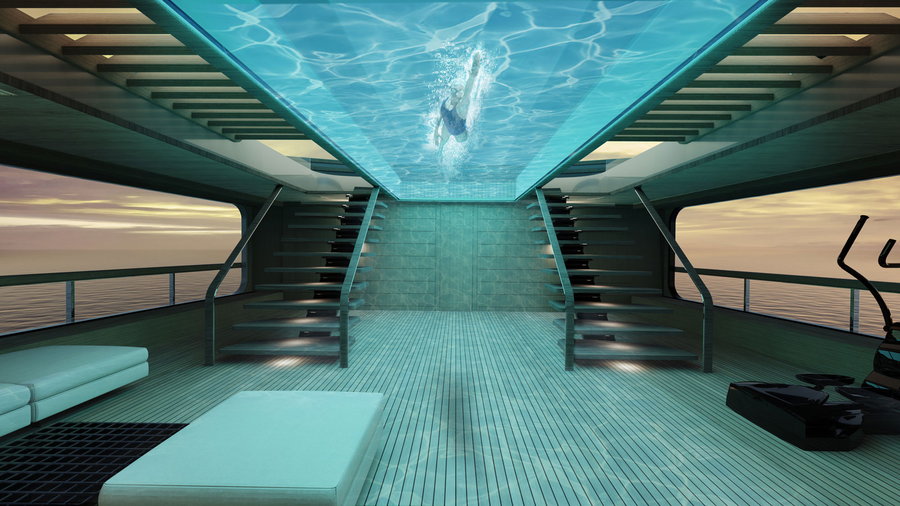 Looks aside, the superyacht also stands out because of its amenities, which include a total of three (!) pools, and most notably one that has been dubbed a “flying pool.” Not actually flying of course, this pool is a glass-bottomed, suspended beauty located on the main deck, accessible via the owner’s private suite — the first of its kind to be featured on a yacht of this size.

Other supercharged amenities on the Apache include ultra-fancy accommodations for VIP guests, a gym, a socializing “hub” replete with a movie theater, a formal dining area, and observation decks that offer spectacular 360-degree views of the surrounding water. The two additional pools would also add to the superyacht’s superior ambience and uber-luxe atmosphere. 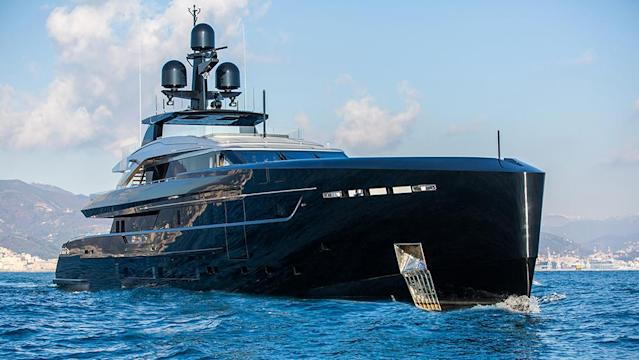 The Apache is not the first ambitious project in the Italian shipyard’s dynamic oeuvre, which includes the launch last year of the mega-yacht Olokun, itself a floating behemoth measuring 164 feet long. The Olokun was lauded as one of the most exciting launches of 2020 because of its singular, custom design that drew comparisons to Darth Vader’s iconic get-up. Tankoa hopes the ambitious Apache will surpass last year’s launch in both size and grandeur.

Known for their cutting-edge designs, Tankoa creates luxury experiences on the water that are memorable not only because of their luxe amenities and sophisticated technology, but because their yachts are sublimely futuristic and spark the imagination of those looking for the ultimate seafaring experience that even Styx would be proud of. Come sail away, indeed.