It’s no big secret that NASA is always planning for the distant future. But what if we told you they were working on a new rover that could seamlessly maneuver beneath miles of ice in hopes of searching for alien life on other planets? 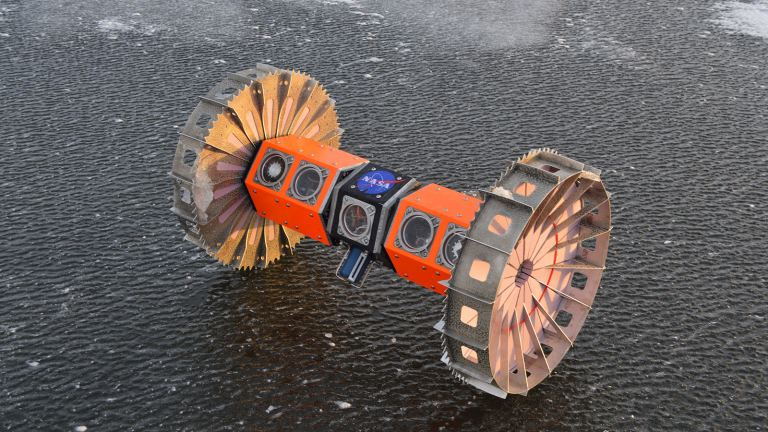 BRUIE, or the Buoyant Rover for Under-Ice Exploration, is currently being tested in Antarctica, one of the least hospitable places on Earth. Although the rover has previously explored areas in Alaska and the Arctic, this is it’s first-ever venture to the South Pole. For testing purposes, it’ll remain tethered to the surface in case it malfunctions or goes rogue. Handlers will also be drilling through thick sheets of ice to place BRUIE along the bottom of each floating mass.

In contrast to other underwater exploration devices like submarines, BRUIE is decidedly more of a land rover. It’s its ultra-buoyant that keeps it firmly pressed against the underside of the iceberg. It then uses its wheels to drive upside down along the ice.

The team of engineers at NASA’s Jet Propulsion Laboratory (JPL) in Pasadena, California created BRUIE with the long-term goal of exploring deep waters on other planets, including Jupiter’s moon Europa and Saturn’s moon Enceladus. The scientists estimate that the sheets of ice there could be between six and 12 miles deep. Knowing that on our own planet, the space where the ocean water meets the solid ice provides a habitat for a virtually-endless number of organisms, they’ve calculated that these underwater arenas are the best places to look for extraterrestrial life. 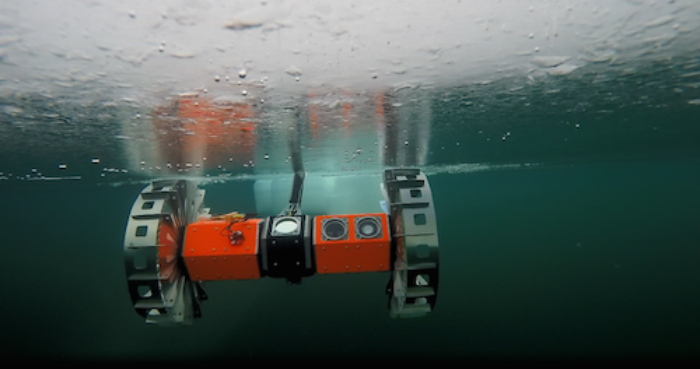 “We’ve found that life often lives at interfaces, both the sea bottom and the ice-water interface at the top. Most submersibles have a challenging time investigating this area, as ocean currents might cause them to crash, or they would waste too much power maintaining position,” explains lead engineer Andy Klesh. “BRUIE, however, uses buoyancy to remain anchored against the ice and is impervious to most currents. In addition, it can safely power down, turning on only when it needs to take a measurement, so that it can spend months observing the under-ice environment.”

The team on the ground in Antarctica includes Klesh, JPL lead scientist Kevin Hand, University of Western Australia engineer Dan Arthur, and mechanical engineer Dan Berisford, who will be putting the three-foot long rover through rigorous testing over the next few months — including evaluation of how well it uses the two onboard cameras to record imagery.

“BRUIE will carry several science instruments to measure parameters related to life, such as dissolved oxygen, water salinity, pressure and temperature,” said Berisford, who will monitor the instruments throughout the trials. He recognizes, though, that the environment on other planets might be completely different from anything even Antarctica could offer.

“Once we get there,” he adds, “we only really know how to detect life similar to that on Earth. So it’s possible that very different microbes might be difficult to recognize.” 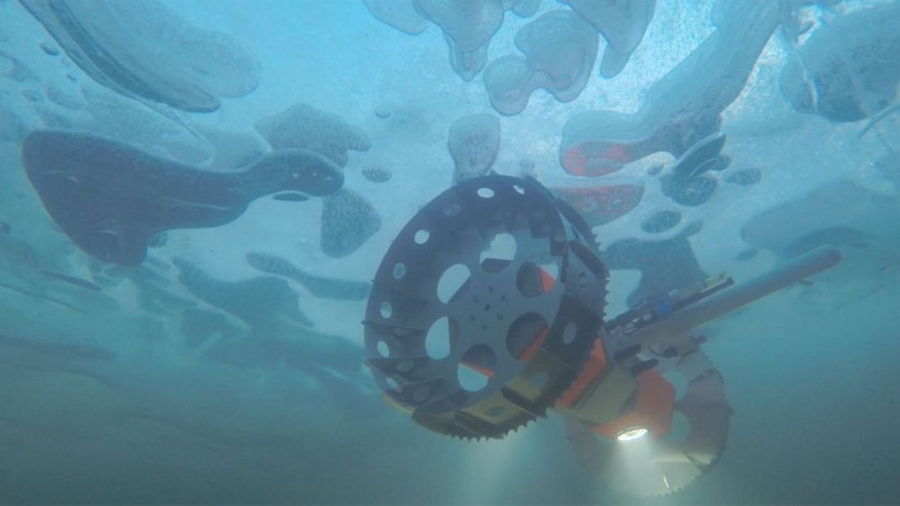 NASA recognizes all of this and, already quite used to thorough experimentation, is dedicated to developing the rover until everything’s just right. The team will continue to monitor and make adjustments to BRUIE until it can perform under the ice for months at a time, remotely navigate without a tether, and dive deeper into the ocean.

While BRUIE is being tested below sea ice, NASA is also currently working on the Europa Clipper orbiter, which itself is scheduled to take flight in 2025 to study Jupiter’s moon Europa. This could provide an opportunity to lay plans for even deeper planetary exploration, including missions that could search for life well above the ice.