Dutch architecture firm MVRDV is set to transform a lush Armenian valley into a sustainable paradise as part of a plan to attract millions of tourists to the former Soviet republic. The Gagarin Valley project, named after cosmonaut Yuri Gagarin, will bloom with 12,000 colorful new housing units tucked among over 10,000 plant species. Commissioned by nonprofit organization DAR Foundation for Regional Development and Competitiveness, the project will more than double the valley’s current population of 11,000 inhabitants once it’s built and occupied. 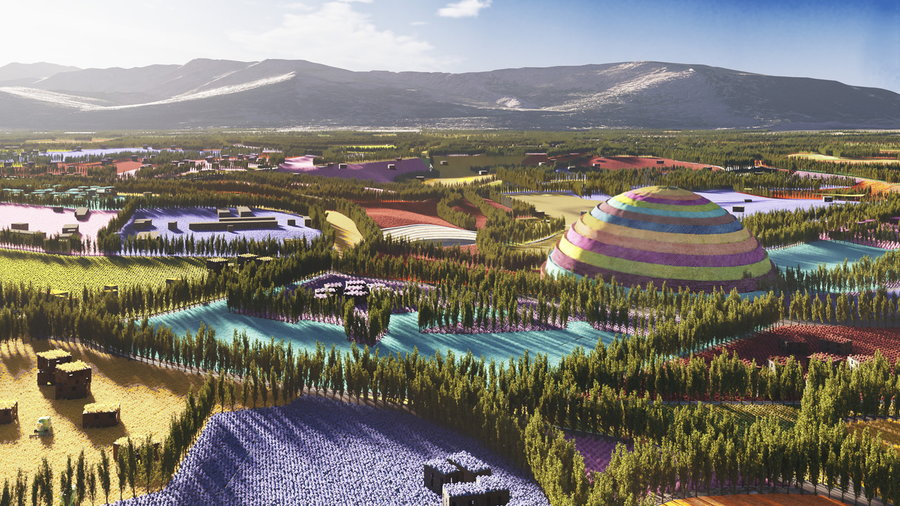 Located in the mountainous highlands near Lake Sevan, a close stretch to the capital city of Yerevan, Gagarin Valley is an innovative vision of a “future-proof landscape.” The architects and their partners imagine a patchwork of residences, gardens, a market hall, a center for the arts, a commercial center, and a sunken stadium for 4,500 visitors built around a spherical educational agriculture center that will serve as the heart of the valley. 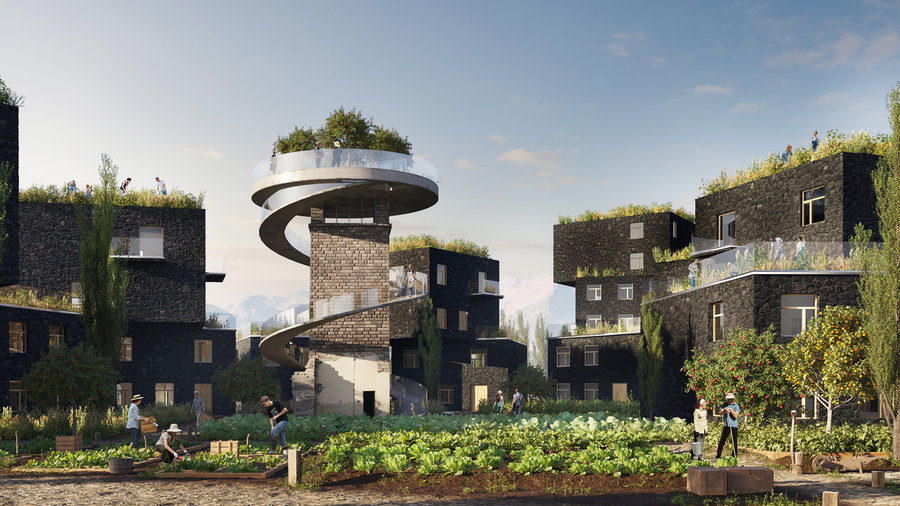 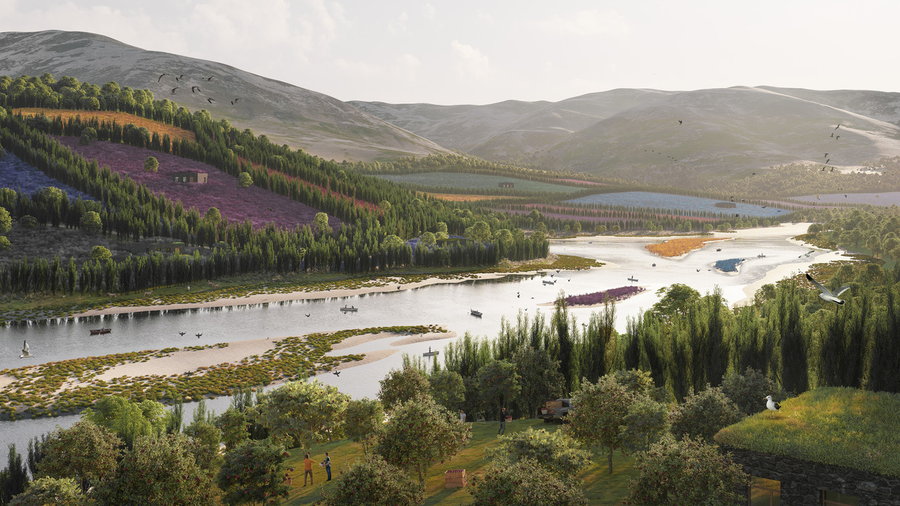 The new homes will be stacked around the center to form vertical villages, while the valley’s existing farmhouses will be preserved or transformed into new buildings to reduce waste. Many of the new structures will be topped with green roofs featuring a rainbow of vibrant flowering plants, creating a patchwork effect when viewed from above.

“The area is named after Yuri Gagarin, who was the first human to orbit the earth; he saw the planet’s vulnerability, a house in need of extra care, as many other astronauts have since stressed,” says MVRDV founder Winy Maas. “I share that concern: stimulating biodiversity, improving water management, and the ecosystem is of great importance for the future of the Gagarin Valley and the world. The valley can be seen as a series of test fields for the 10,000 species that will soon flourish there, an enrichment that will give the area the appearance of a garden of Eden.” 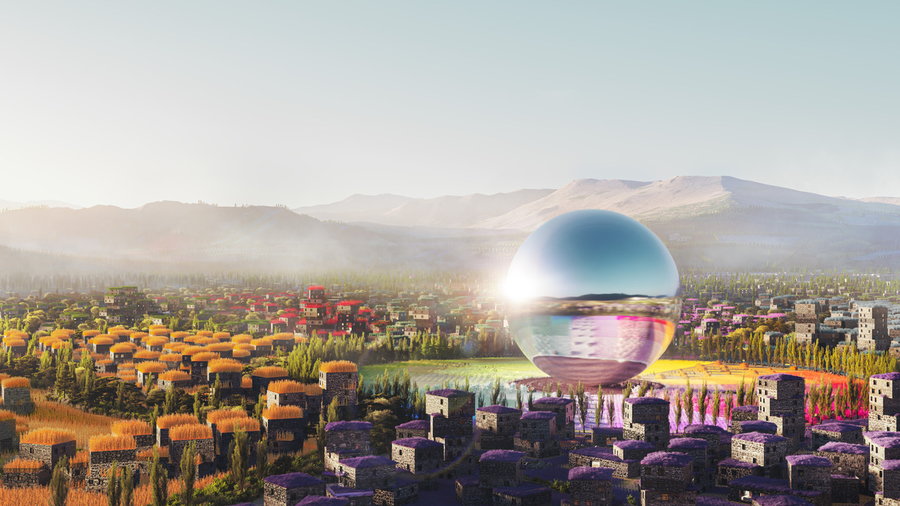 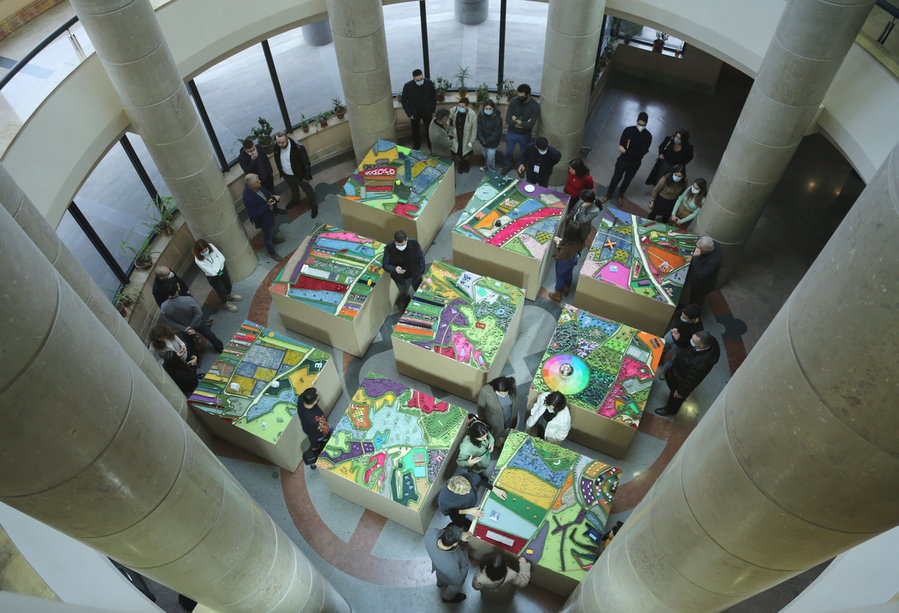 “We designed a sphere that acts as a mini-planet, where the classrooms surround a spherical void and where all the species of the valley and beyond are shown and monitored,” Maas says of the agricultural center. “The sphere will be surrounded by a Central Park that contains all the species – a scientific arboretum, reflected in the mirroring sphere. Gagarin would have loved it, I think.” 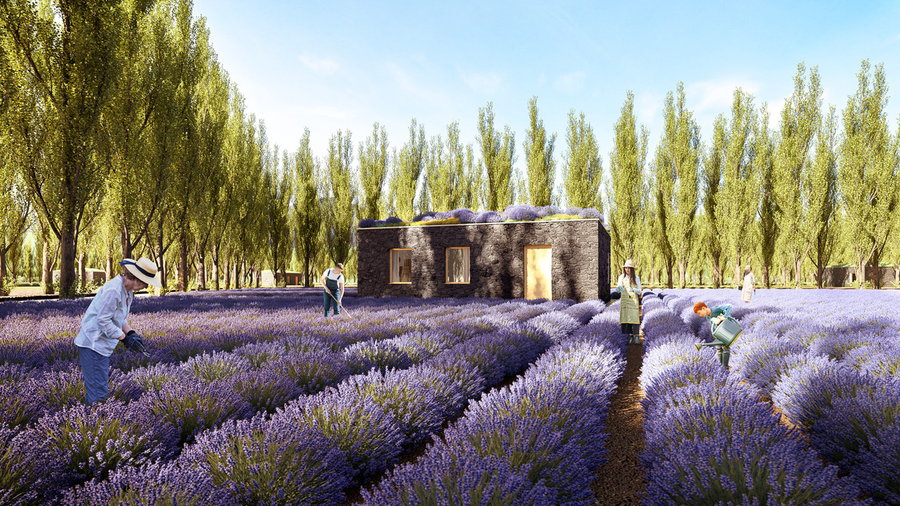 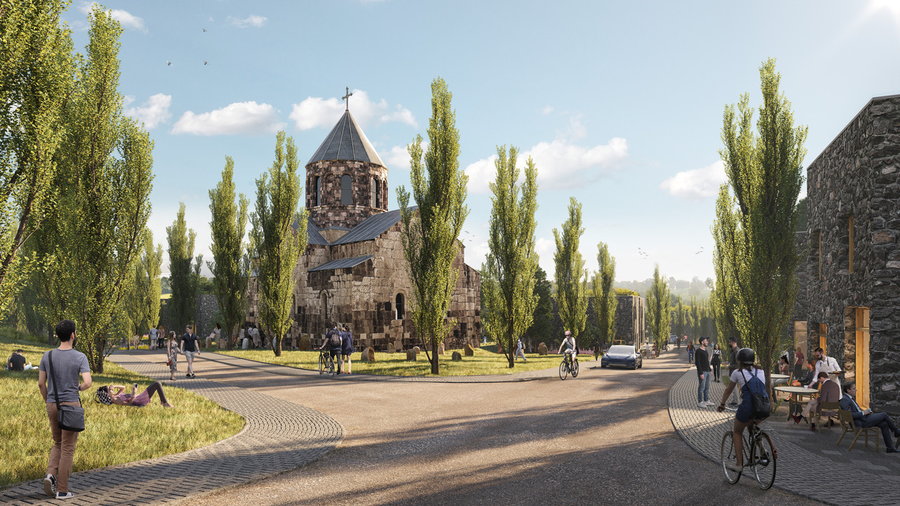 The current mosaic of 10,000 plots and the roads that connect them will serve as the basis of the new masterplan. The boundaries between the plots will be lined with canals, public paths, and greenery to reduce evaporation and enhance water buffers and biodiversity. Walking and cycling paths will also weave through the valley, and the canal system will be connected to the Hrazdan River. 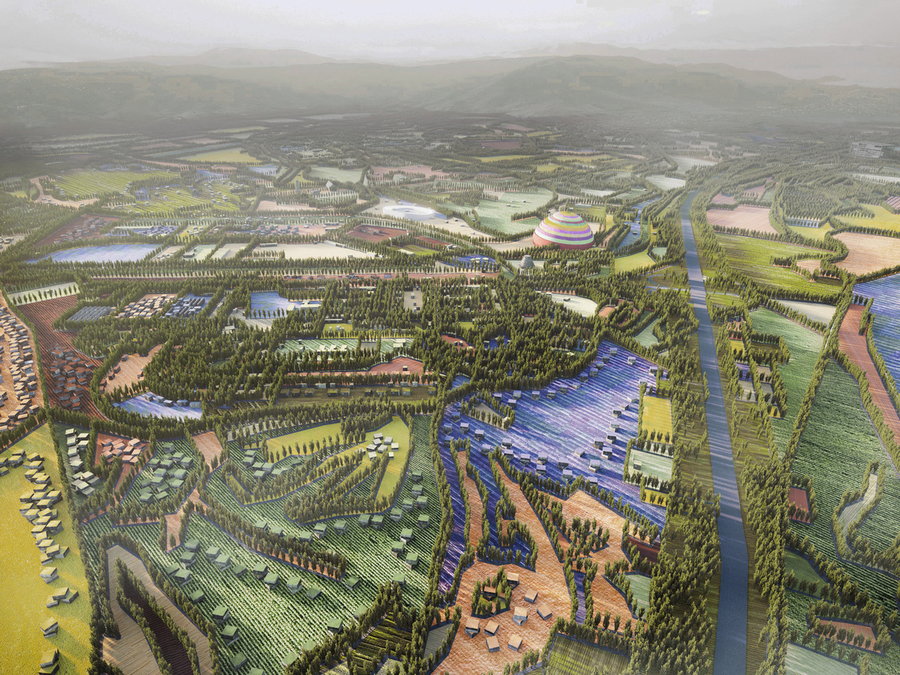 By offering the amenities of city life enhanced by gorgeous natural scenery, beautifully planted parks, and many opportunities to walk, bike, and ride horses, MVRDV and DAR Foundation hope to attract not just millions of eco-tourists each year, but also young people who want to live in the valley full-time. Work is expected to begin on the project sometime later in 2022.