Most of us would appreciate an extra set of chairs for the occasional larger-than-expected social gathering, but who has the room to store them all? One company has come up with an ingenious and aesthetically-pleasing solution: just hang them on the wall as art! 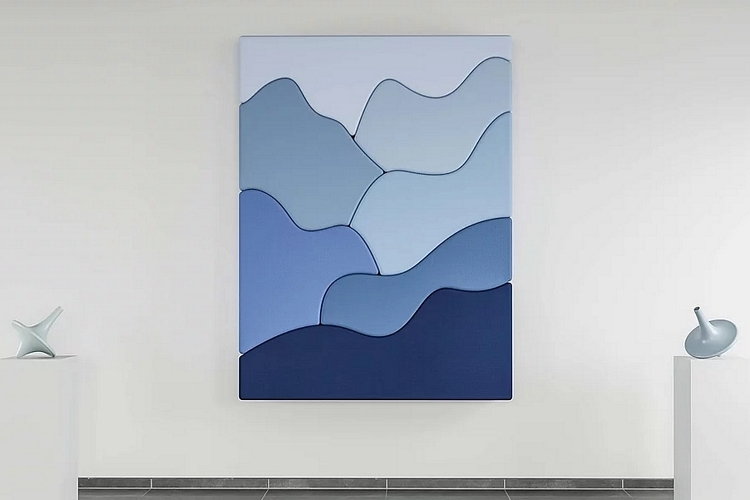 Mousarris Design Studio cut fabric-covered foam into interlocking puzzle pieces that can be fit into a wall frame or pulled down and stacked on top of one another to create avant-garde “sofas.” Strong magnets within the furniture keep it from shifting with weight and also allow the units to attach back to the wall when being put away.

The Summit Sofa’s seven pieces can be arranged in dozens of configurations, and the website even encourages users to transform them into a “play area for you and your friends.” Admittedly, the connected shapes probably don’t have the same comfort and repose value of a traditional sofa, but they are robust enough to provide additional seating for short-term gatherings. 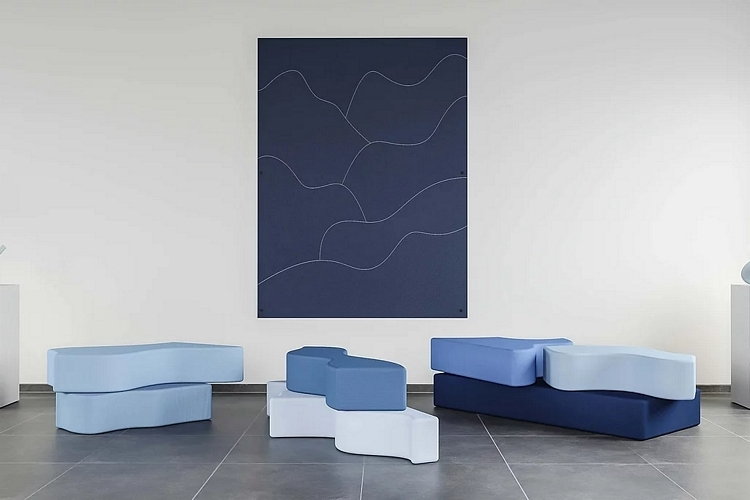 While the foam sections are in use, the wall frame reveals a navy background intersected with white wavy outlines. It serves not only as art itself (resembling overlapping mountain ranges), but as a template of where to replace the pieces when done.

The Cyprus-based furniture company was founded in 2015 by industrial engineer Stelios Mousarris with the intention “to produce high-quality pieces of conceptual furniture and unique objects beyond the boundaries of the imagination.” His bachelor’s degree in modelmaking frequently comes into play in his sculptural creations. 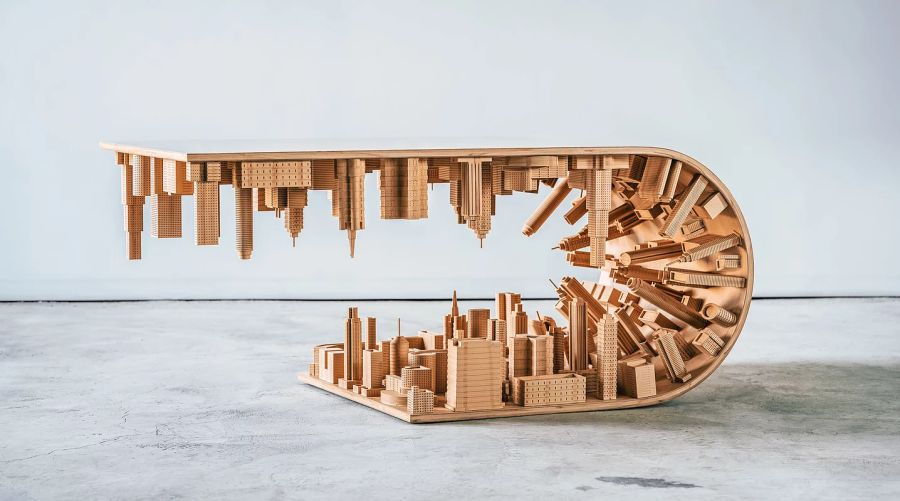 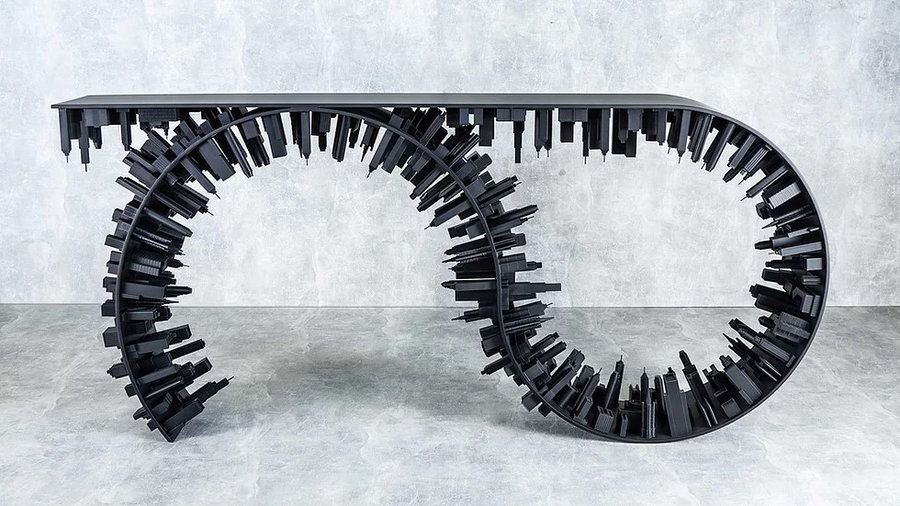 Mousarris has experimented with the boundary between art and furniture from the beginning of his career. His Wave City coffee table takes the folding cityscapes from the hit 2010 movie Inception and rolls them into a living room conversation piece. The precariously balanced, gravity-defying shape of the table simultaneously produces feelings of awe and uneasiness. It turns out that so many people are okay with that emotional contradiction that the price of the coffee table has jumped a whopping €3,000 in the past five years, leading the company to produce an accompanying “Wave City Bar.” 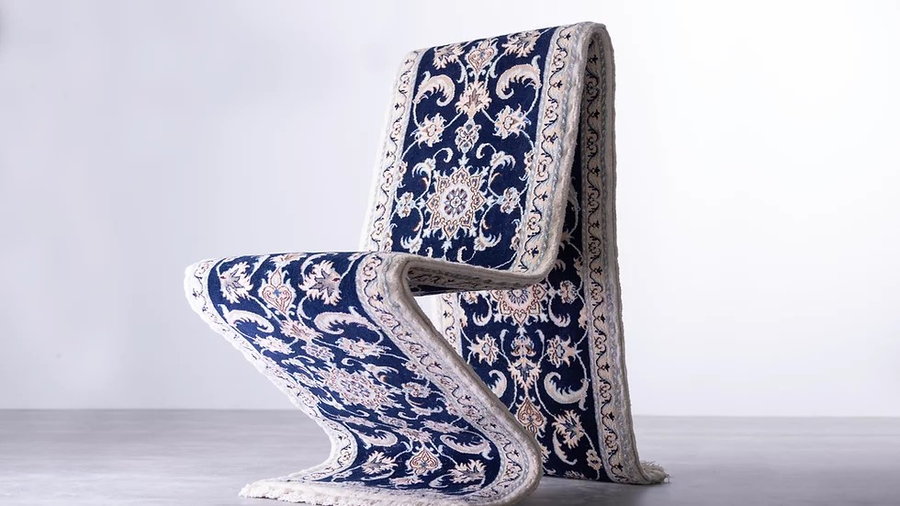 Mousarris is also known for his Carpet Chair, a handmade seat constructed from traditional Persian rugs in a way that “gives the illusion of a magic carpet floating in the air.” Each chair takes four months to complete and looks like it could never hold any weight but is actually surprisingly sturdy. 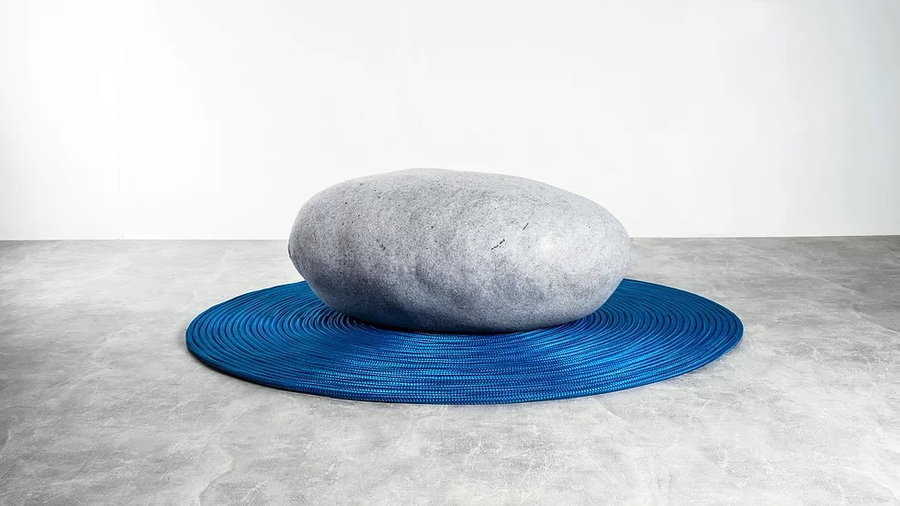 The designer’s more recent Zen Kusshion looks convincingly like a large boulder placed in the middle of rippling pool. But this stone gives way to soft comfort, offering a great seat for relaxation and finding a zen state of mind.

The company website also says that a collection of Mousarris’ work “can be found proudly displayed permanently at the Louvre museum’s 21st-century design wing” and has been published in three different books. 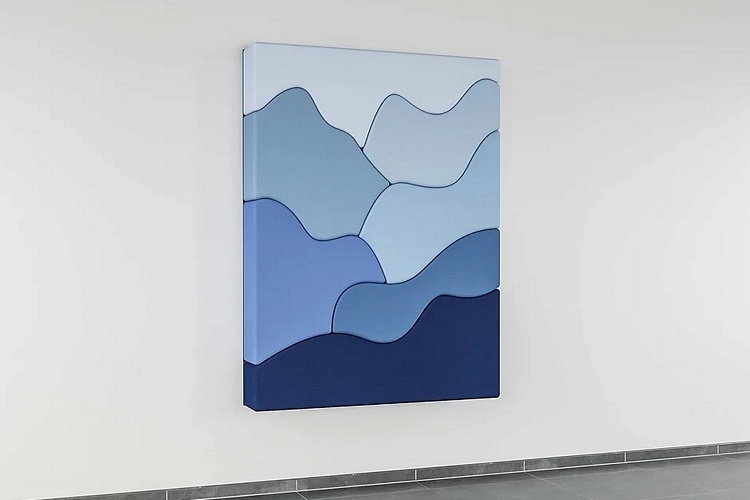 The new Summit Sofa is selling on the company site for €3,400. While no specifics were given for this design, Mousarris’ furniture is often produced in limited editions of 25 or less due to its unique nature, so this puzzling seating may not last long.