Like many other major cities, Montreal is in the middle of a transportation revolution. While each city may be at a different phase of that revolution, they do all have one thing in common: namely, what they’re doing with their old fleets of vehicles. After all, it’s tough to see how any one of them could even go about selling their diesel buses when most other places in the world are steadily moving towards hybrid and fully electric alternatives. But unlike those unusable old diesel buses, old subway cars seem to be causing quite the creative commotion when it comes to their repurposing potential, leading some of them to be spared the fate of the scrapyard. 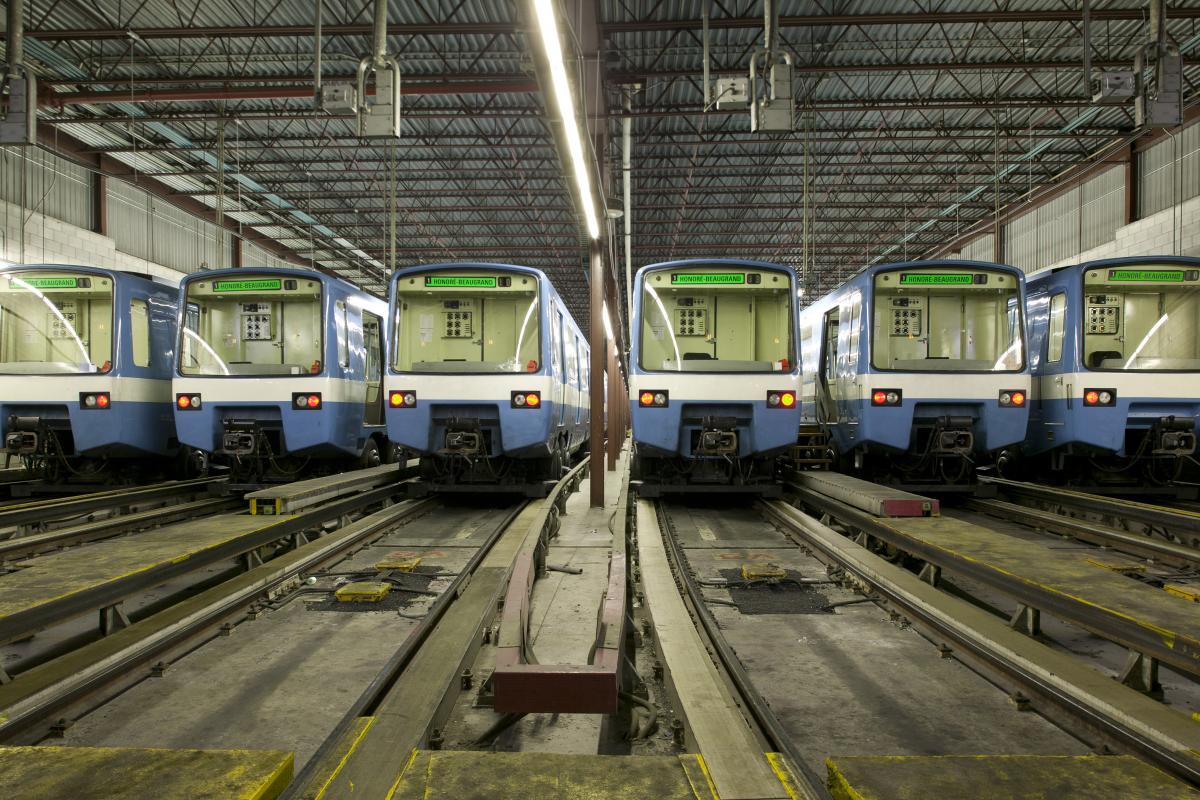 In 2017, Montreal’s subway system turned 50 years old. At the time, the fleet of rubber tire subway cars in that system was a mixture, consisting of both the new MPM-10 series built by Bombardier Transportation and Alstom and the 50-year-old MR-63 series. Since June of 2018, the MR-63s have been out of operation and out of sight. The old blue subway car adorned with a famous white strip — something that came to symbolize the city itself for many a daily commuter — was no more.
Luckily, Montreal’s transit agency put out a call for proposals back in 2016 to see what new uses citizens and creative professionals would suggest for the old cars. They’ve since received about 30 serious ideas and will decide on which projects to approve in the coming months. The whole concept is part of their sustainable reclamation plan for the over 300 subway cars that needed to be replaced. 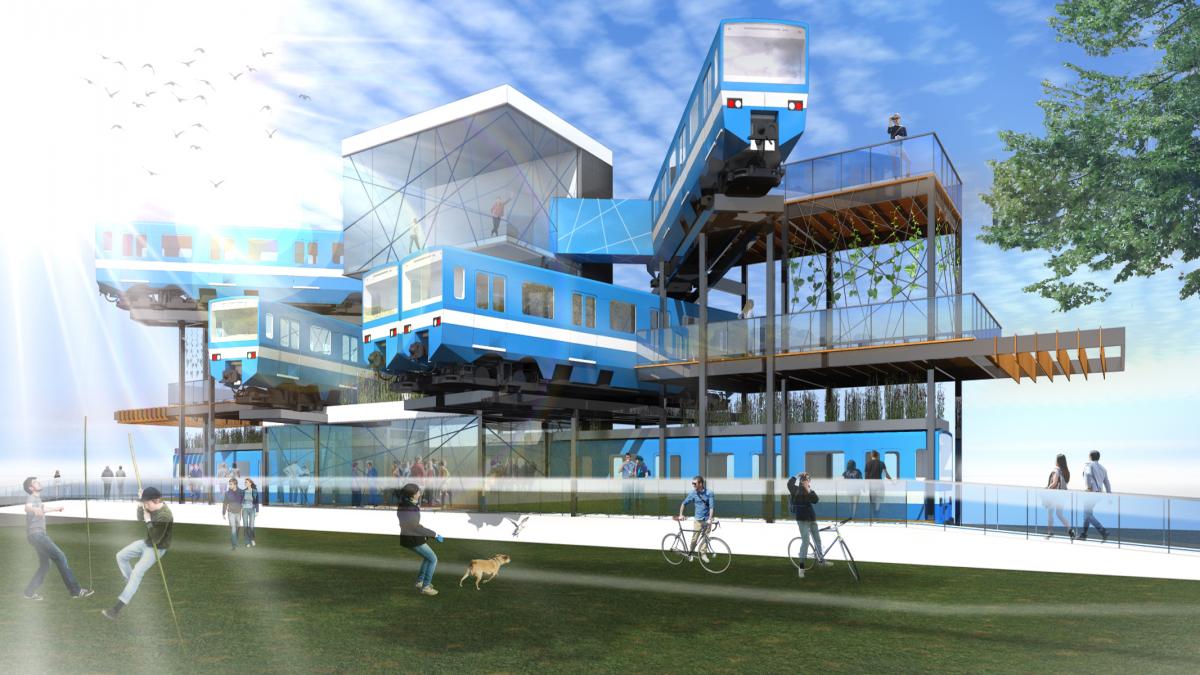 One proposal takes eight cars and integrates them into a multidisciplinary building in Montreal’s innovation district, with each car cantilevered out to the side and serving as a creative office space.
Another project proposed by the local firm Ædifica uses the old subway cars as individual spaces within a mixed-use building of residences, retail stores, offices, creative studios, and art galleries. 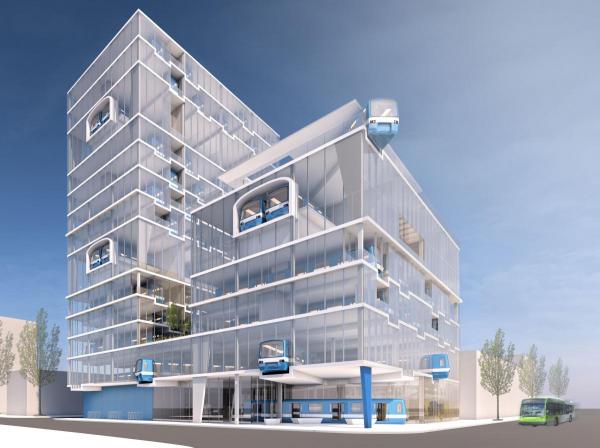 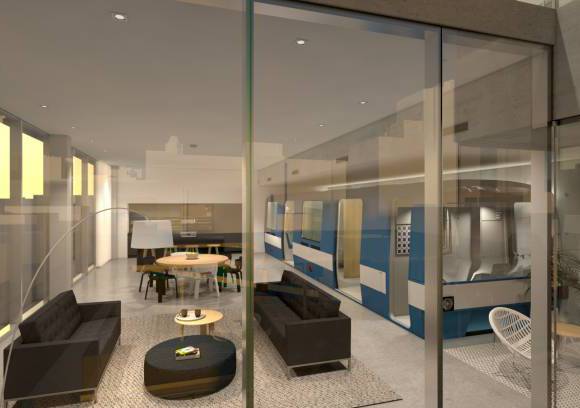 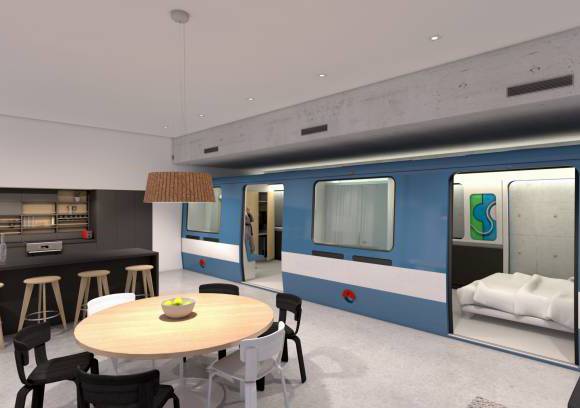 Continue reading below
Our Featured Videos
On top of those large-scale proposals, there are also many small-scale possibilities for the old subway cars. For instance, a local technical college wants to turn a car into a café and shared workspace for students, while a park in rural Quebec called Reford Gardens wants to incorporate one into its grounds.
Montreal wants to keep their old subway cars around as local icons. Even if they are not all salvaged, having some of them around is good for the citizens and maybe even good for the environment. Once they go to the scrapyard, there’s no guarantee that their disassembled parts will ever be reclaimed. At the very least they won’t be dumped at the bottom of the Atlantic Ocean, as New York decided to do with 2,500 of their old subway cars many years back.