New smartphones may not be approaching the behemoth proportions of the brick-style cell phones of the 1990s, but they’re still a lot less pocketable than the tiny Motorolas and Nokias many of us had back in the early 2000s. Of course, those older phones were really only good for making calls — a function that now almost feels archaic. As we’ve crammed more and more functionality into our phones, essentially packing our entire lives into them, screen sizes have gotten larger and larger by default. But every now and then, a manufacturer bucks this trend with a phone that’s not just smaller, but simpler, too. 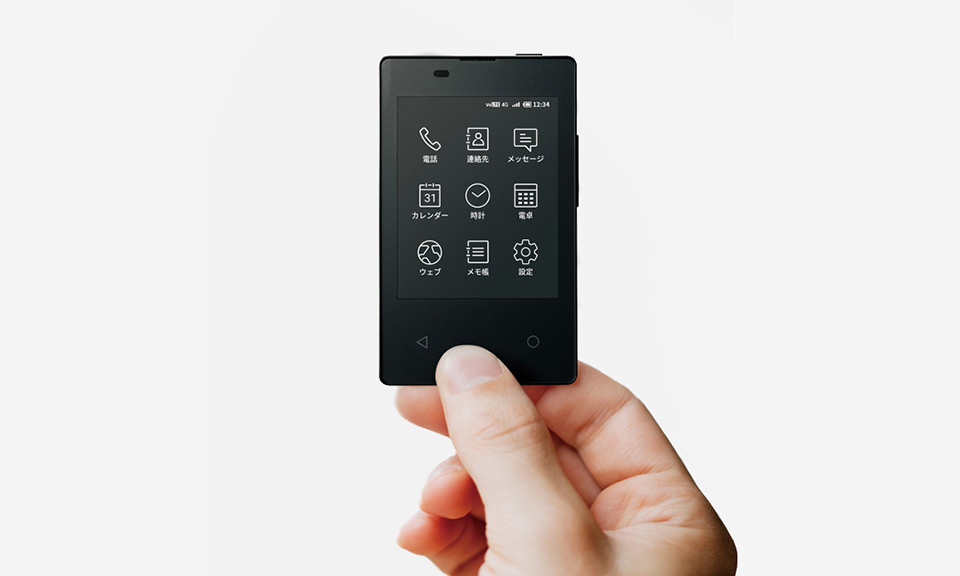 Kyocera’s latest creation might just be the tiniest cell phone of all time. It’s literally the size of a credit card in all dimensions except depth, measuring just 91 mm x 55 mm x 5.3 mm and weighing a mere 47 grams. The KY-O1L also boasts a 2.8-inch black and white ePaper display, similar to those found in e-readers like the Amazon Kindle. It runs on an Android operating system, but it’s not able to support any Google Play apps just yet. 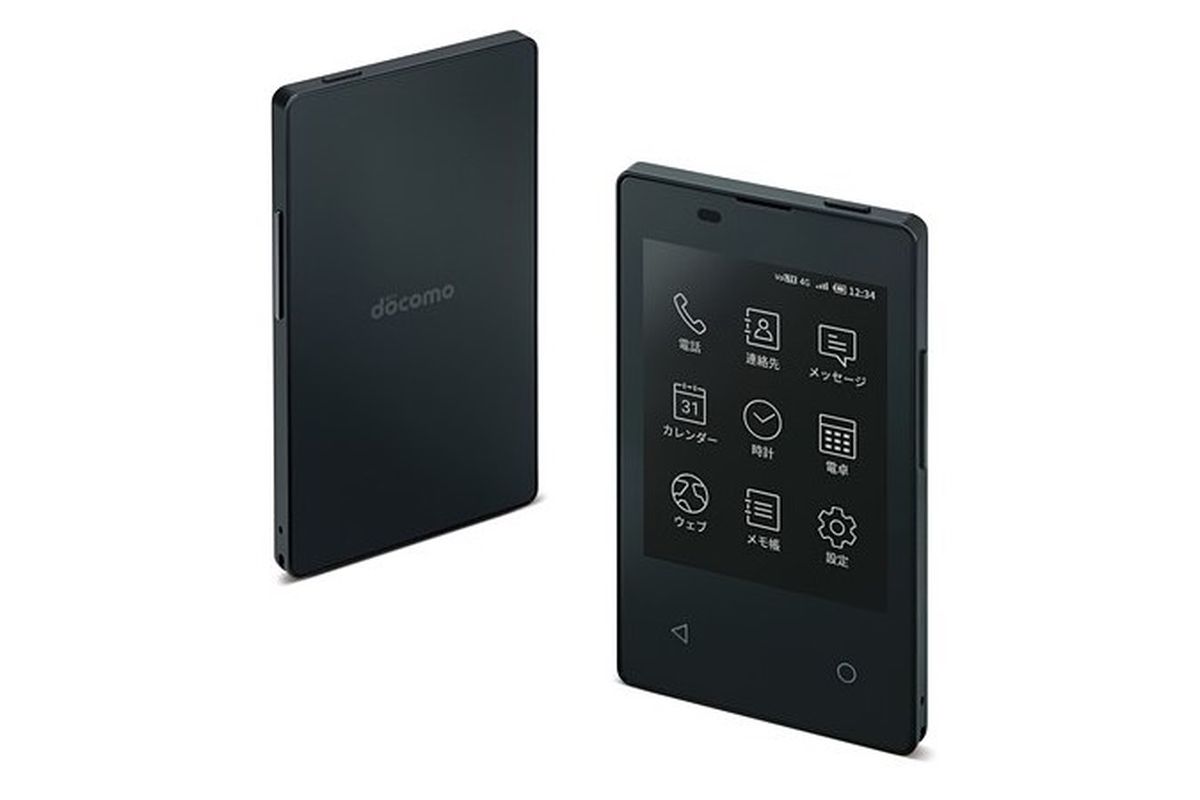 That might seem limiting, but this piece of minimalist tech does a lot more than you might think. In addition to call functionality, the phone is also equipped with a messaging app, calculator, calendar, and web browser. It gets a decent amount of juice per charge, too, with a standby time of 100 hours and a continuous talk time of 110 minutes. What more can you ask for from such a minuscule device?

Indeed, minimalists who dream of reducing their screen time (or their dependence on technology in general) will find this highly portable phone quite intriguing. It’s got a pleasing monochromatic black body, it fits in your wallet, and the look of its display is actually pretty decent once you get a look at it on video. There’s nothing to distract you from doing all the things we’re constantly told will make us happier than focusing on our phones, like having conversations in person, enjoying the outdoors, and getting some exercise in. As long as you’re willing to sacrifice the ease of ordering an Uber or getting a quick Postmates fix with the tap of your finger, you’ll find that you can still perform a decent number of functions through the browser. 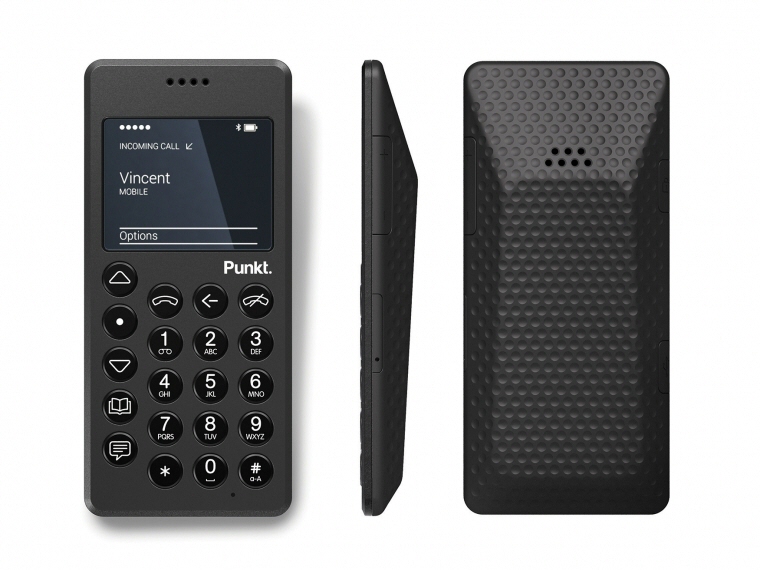 While it’s not exactly an iPhone killer, the Kyocera KY-O1L “credit card phone” does meet a growing need in the cell phone market. Just ask the people who rushed to purchase the Jasper Morrison-designed “dumb phone” by Punkt, which sold out instantly. The $295 MP 01 does nothing but call and text, and it rarely needs to be charged. Its makers marketed it on the basis of its potential to eliminate distractions and technological temptations, and it worked better than they could’ve ever imagined. 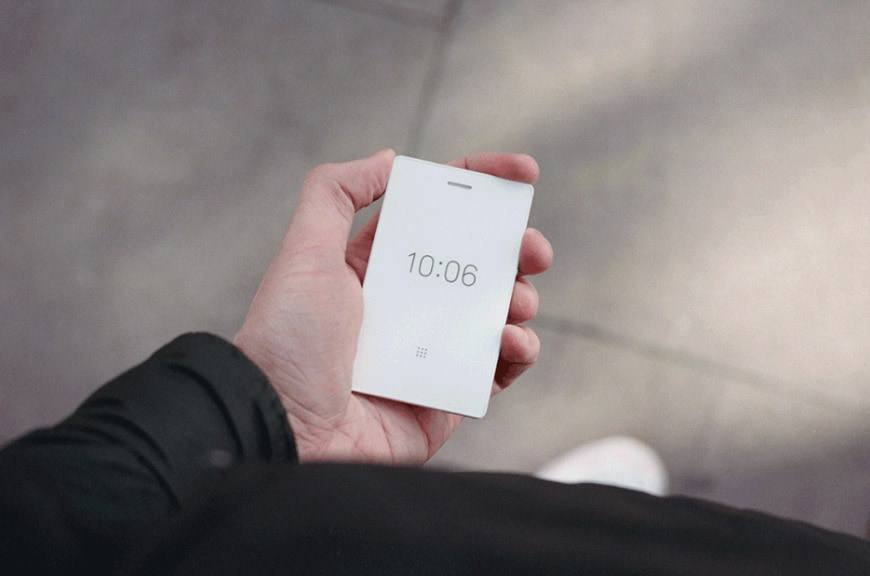 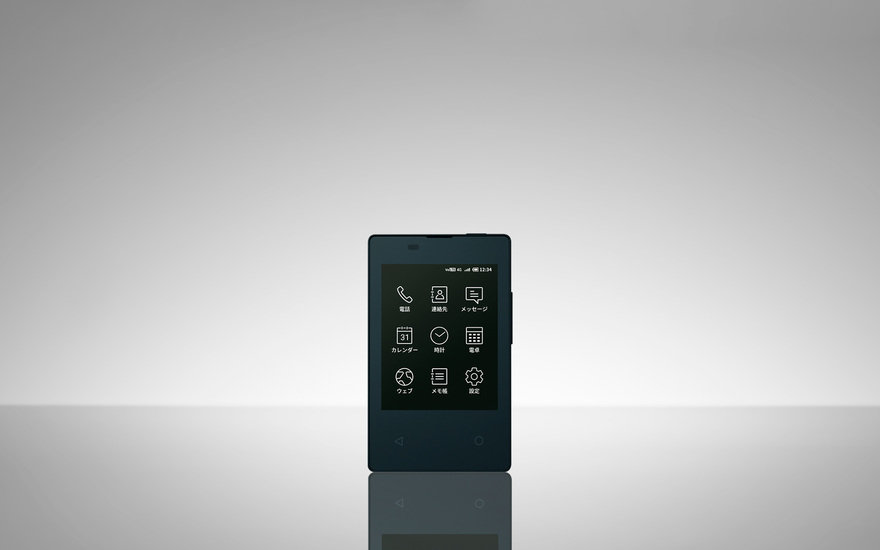 Another minimalist cell phone design, the Light Phone 2, fits into an even similar niche. The 4G phone features a grayscale E-ink display and offers Bluetooth, Wi-Fi, text-based GPS navigation, and an audio player in addition to texting and calling. The developers say they might add ridesharing, weather, voice command, calculator, and dictionary capabilities to the phone as they refine its design, but they’re staying firm on their decision to skip social media, advertising, e-mail, and news. That’s quite a bit more than Kyocera’s tiny phone can do, but the KY-O1L still has it beat in terms of size and weight, as the Light Phone 2 measures 91 mm x 55 mm x 6.5-7.5 mm and weighs 80 grams.

The KY-O1L is currently only available in Japan through the carrier NTT Docomo at an attractive cost of just $280.