There’s something oddly organic about this collection of ceramic vessels by Maxwell Mustardo, as if they’re living creatures that just happen to present themselves in vase-like forms. The more you look at them, the more it seems possible that they might start moving of their own volition. Some look like cartoonish versions of classical Roman pottery, with “arms” tucked behind their bulbous heads. Others are like sentient blobs of clay in the process of assembling themselves into recognizable objects. More than anything, these whimsical ceramics possess an intense physicality that might just inspire a sudden desire to dig your own hands into some clay and see what you come up with. 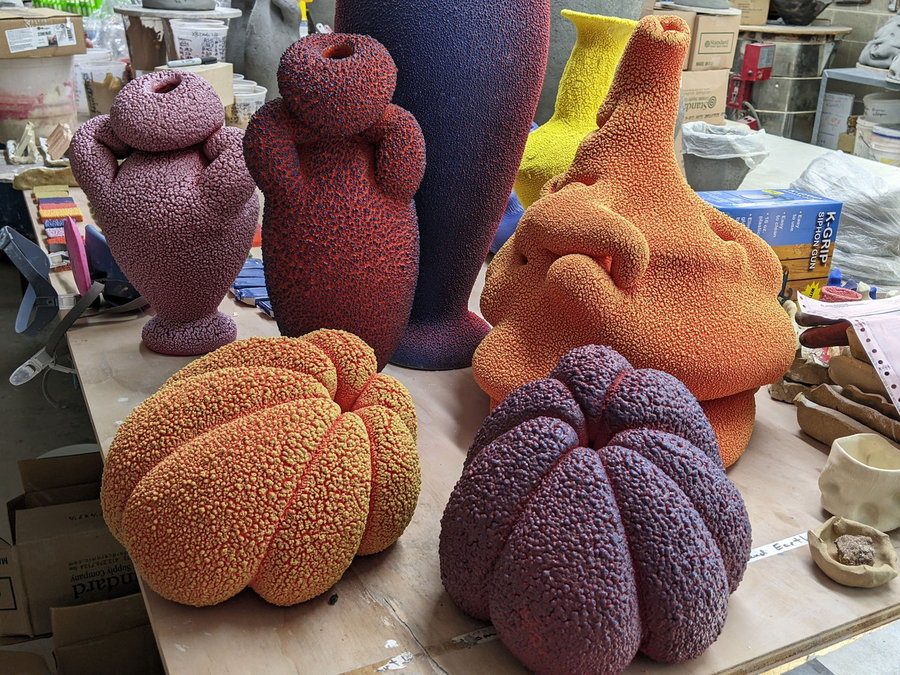 For Mustardo, these fleshy ceramics offer a chance to play with ancient forms, infusing them with the characteristics of human bodies. The sculptor’s series “Anthropophorae,” “Toroid,” “Mug,” “Pitcher,” and “Flablet” make objects traditionally seen as hard and solid appear as soft and mutable as unbaked bread dough. Flablets and “Logoliths” are both puns on the clay tablet, “referencing the form and function of those great, antiquated, and often fragmented recording devices to examine certain mechanisms of visual language.” Their forms droop and dimple, looking like you could poke them with your finger and leave a mark. 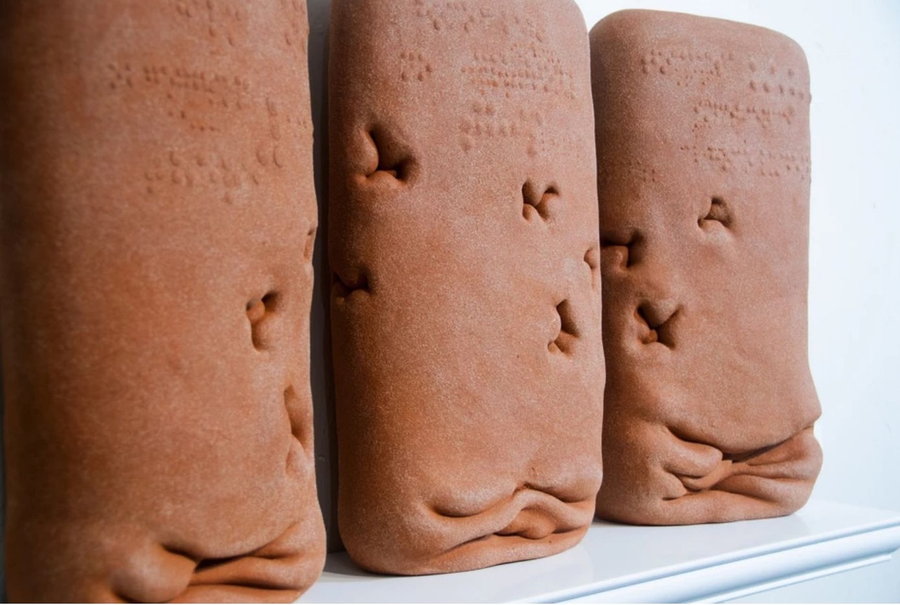 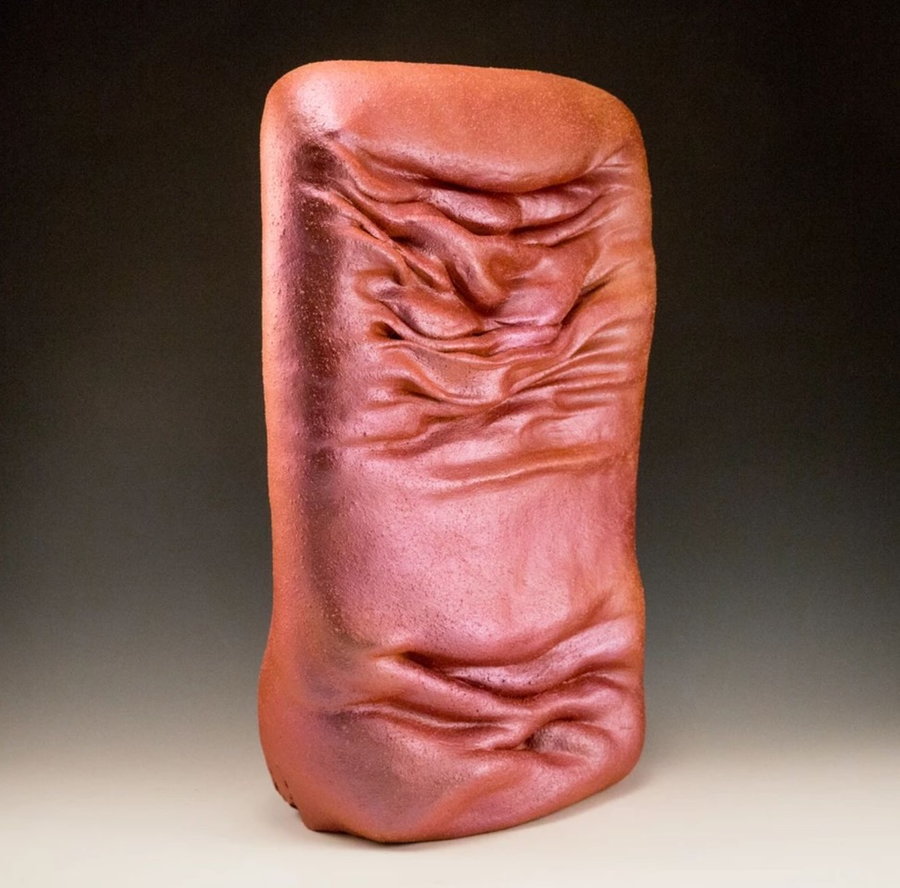 The Toroid series starts with a torus (donut) shape, bulging and distorting it in a variety of hues and textures. Mustardo first began using toroids to test glazes in his studio, but soon became enamored with the simple form itself. During a residency in Rome, he closely observed Baroque architectural ornamentation of amphorae and krater with ribbed undersides known as “gadrooning.” Applying this technique to the entire shape, he stretches them into gourd-like sculptures, referencing the early days of humanity when actual hollowed-out gourds were used in place of the pottery that would soon be invented and mastered.

The Mug and Pitcher series take shapes we’re all familiar with and make them strange, abstracted, almost like objects that have been dropped deep into the sea to be encrusted with salt and barnacles. Anthropophorae is perhaps the most striking of all, inspired by the Ancient Greek and Roman amphora jar with two handles and a narrow neck. Exaggerating their roundedness and giving them human-like poses suddenly creates a sense of sensuality that didn’t really exist in these objects before. 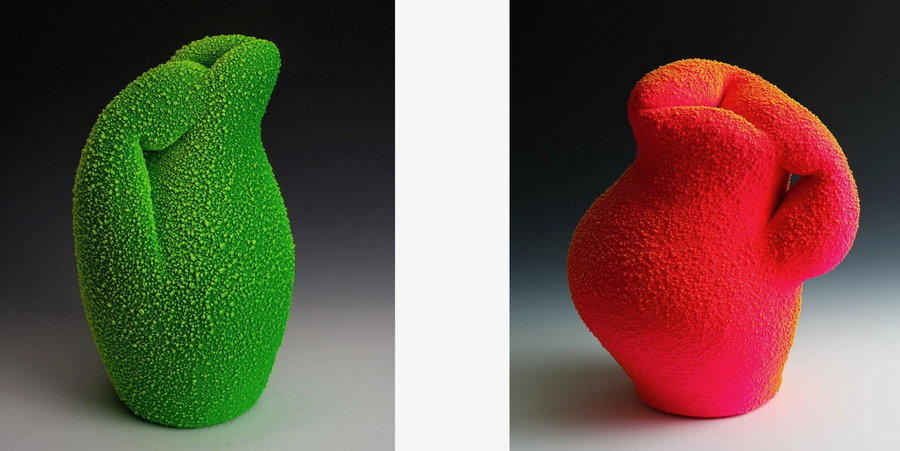 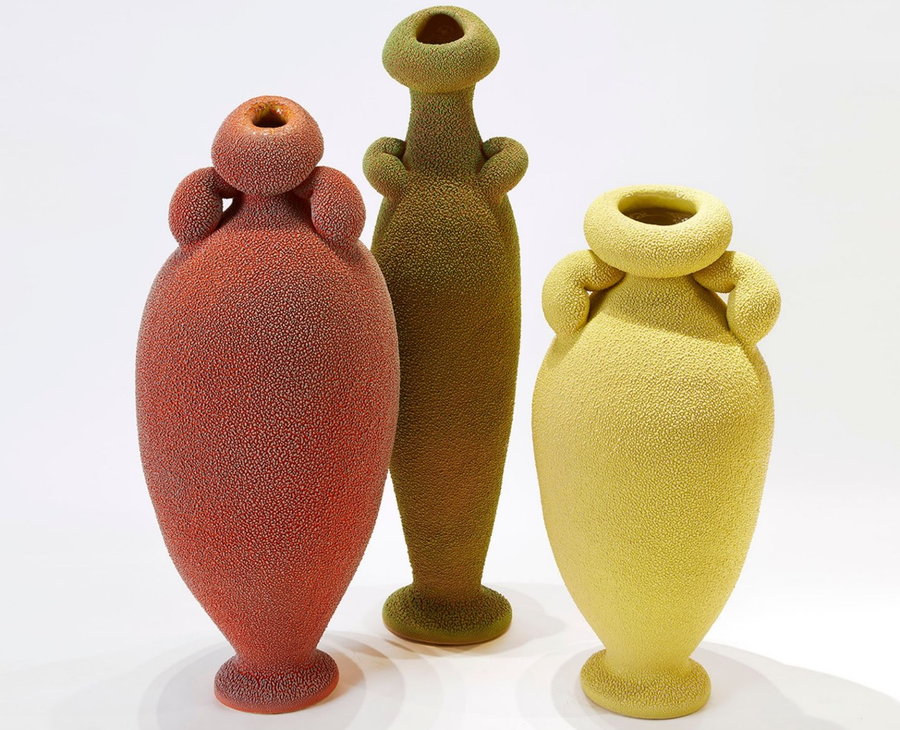 Much of Mustardo’s work revolves around “broad, reverential notions of the vessel, the body, and language,” as he explains, animating the inanimate and perhaps making them more appealing to self-obsessed humans in the process. The objects are pushed and pulled, concave and convex, humorous and serious. When he covers them in a shimmering PVC coating for them a stippled, warty appearance, they become even more surreal. Some are finished with a contrasting coat of glaze for an eerie glow. 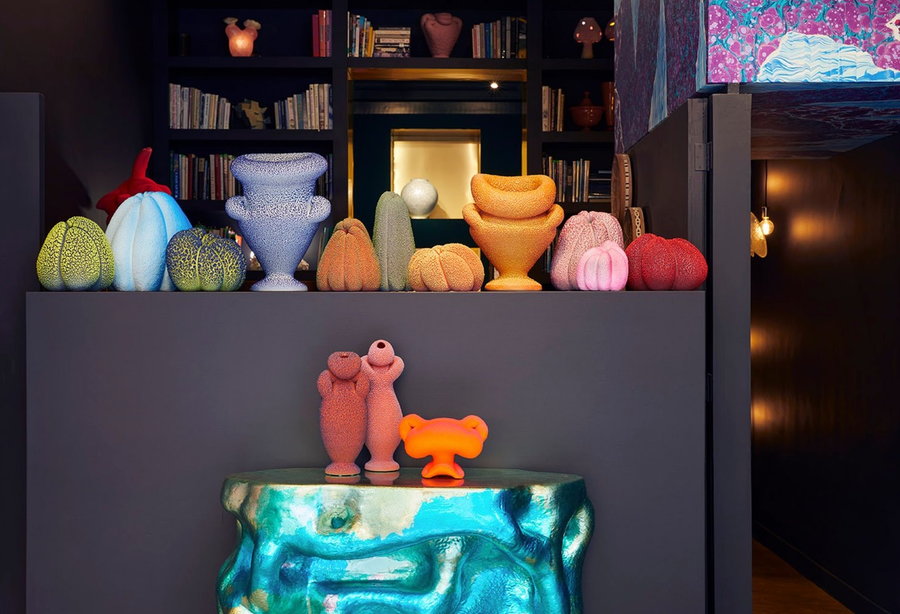 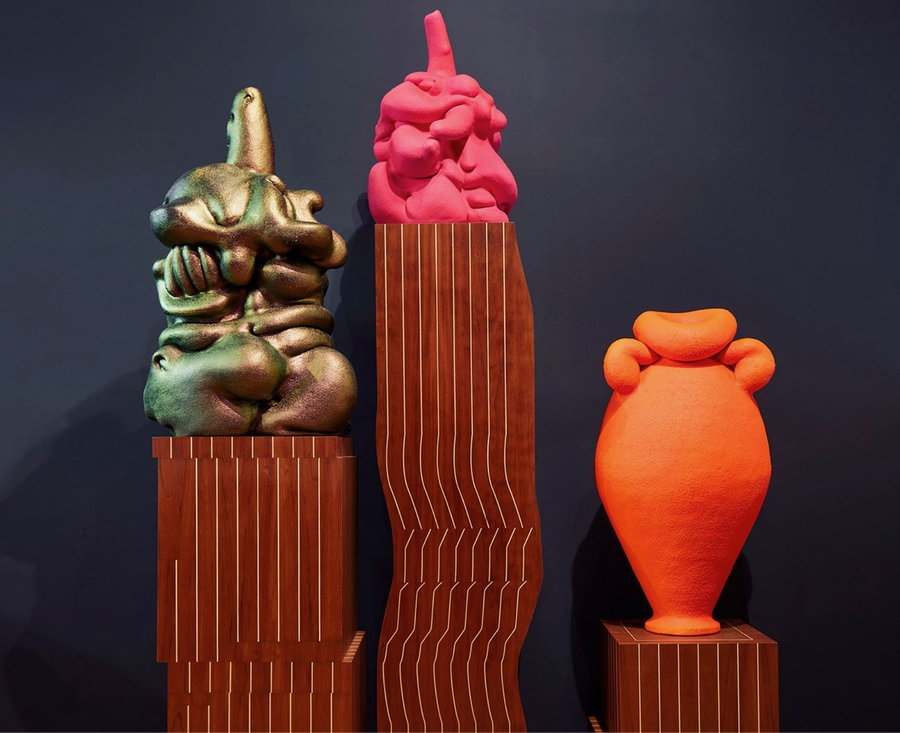 “Attempts are made to continually dissect processes, revisit forms, and reframe themes to agitate evolution and antagonize static thinking,” Mustardo says. “Objects are focused upon as vital witnesses and participants, reflections and poems, animate and imagined.”