Each day since the pandemic first dawned has felt a little surreal for many people. We wander through unfamiliar facsimiles of our former lives, nearly all of our old routines disrupted. This sense of sudden, unexpected change paired with uncertainty and disconnection from others can create the feeling of living in a dream. Japanese art collective [mé] wanted to tap into this hazy sense of reality with a startling new art installation called “Masayume,” or “prophetic dream.” 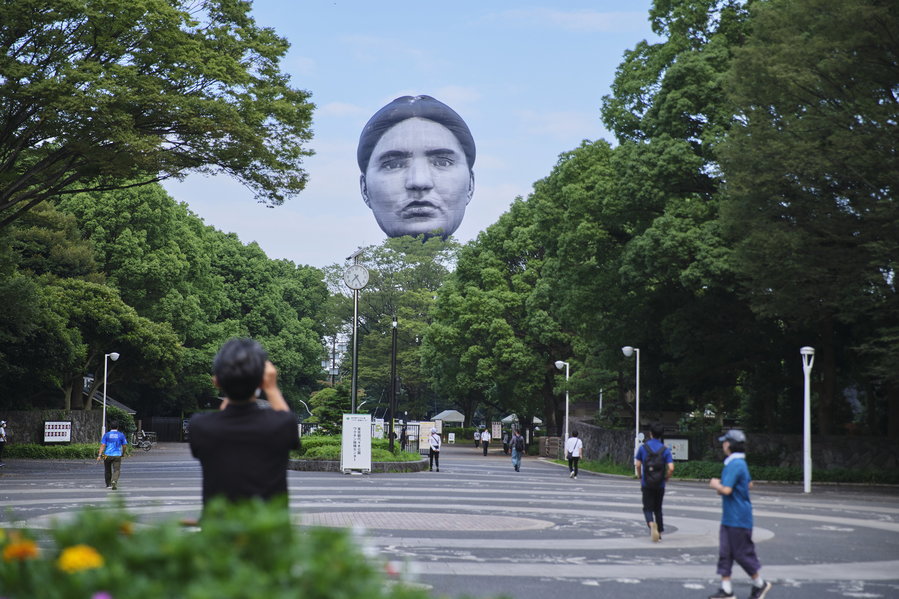 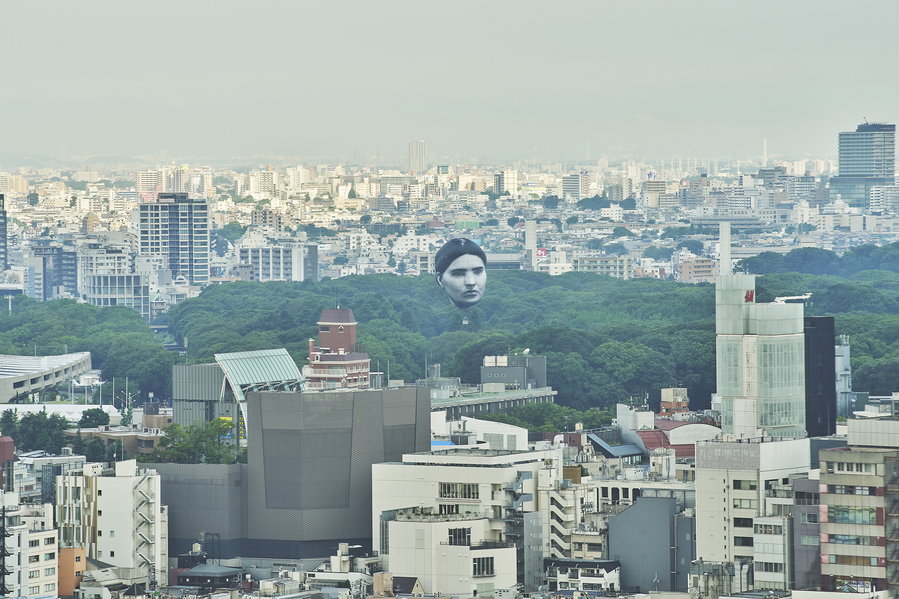 On July 16th, an enormous human head rose over the city for the Tokyo Tokyo festival, an event organized to coincide with the opening of the 2020 Olympic Games. The air balloon launched from Yoyogi Park and hovered in the sky all day, drifting around the city. Some observers stared in awe, wondering about the identity of the woman. Others were startled or scared. Comparisons were made to the campy 1974 sci-fi film Zardoz, in which a giant head hovers in the sky, along with Junjo Ito’s horror story Kubitsuri Kikyu (The Hanging Balloons) and a scene in a Harry Potter movie where an unlikeable aunt inflates and floats away. 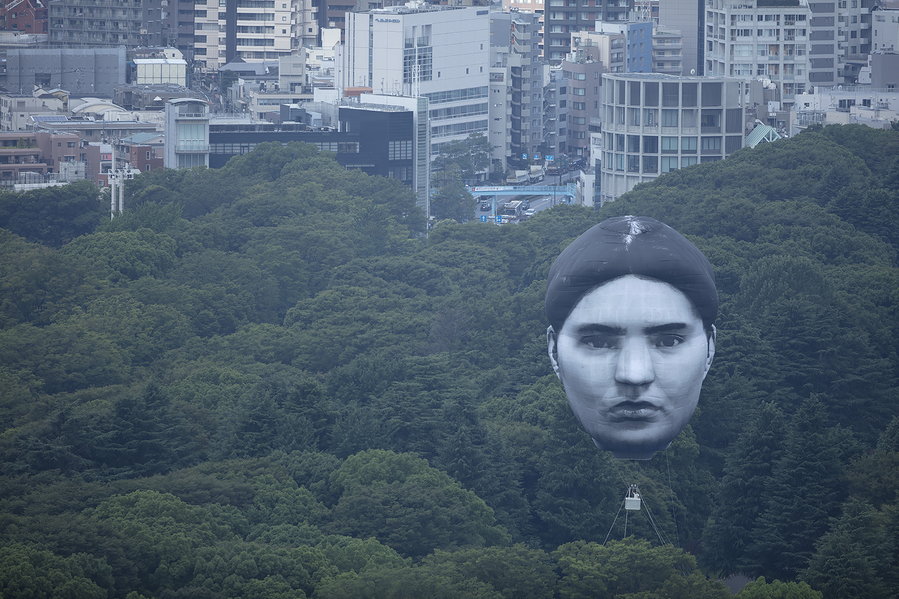 The concept is based on a dream artist Kojin Haruka, one-third of [mé], had in high school. She wanted to recapture the eerie feeling she had during the dream and share it with others. In 2019, the collective asked the public to apply to have their face floated into the sky as a balloon, and 1,400 people signed up. This woman, who remains anonymous, was chosen. The project was initially set for summer 2020, but was delayed along with the Olympics.

According to the artists, the COVID-19 pandemic made the surreal qualities of the installation even more relevant. 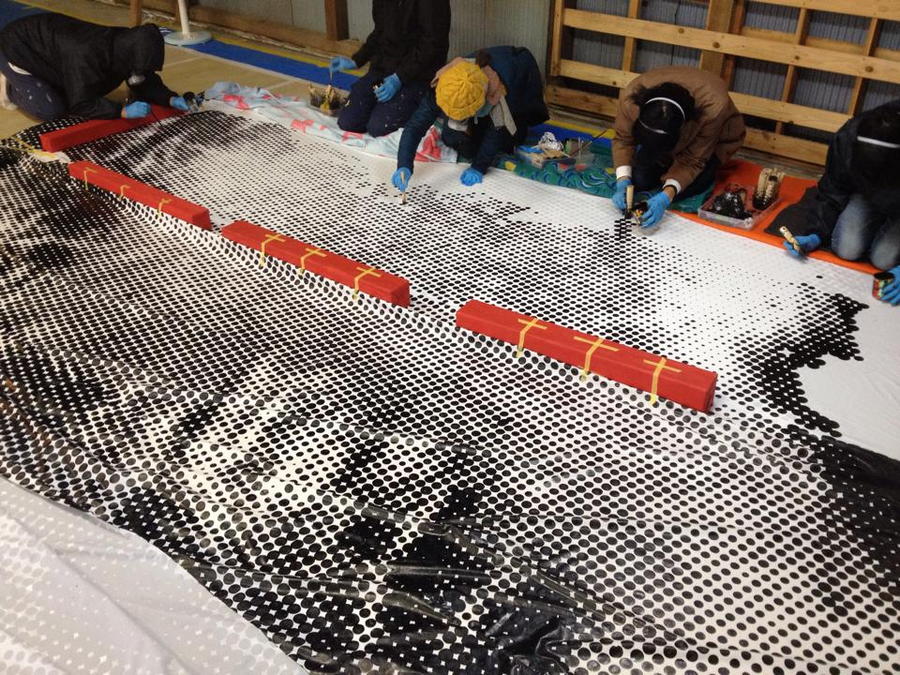 “Amid our current crisis, which has been going on for more than a year, the clear structure to plan and execute something that has previously supported us is collapsing,” the artists write. “Even though we are taking steps to navigate this reality, the feeling of being real in our daily lives is as uncertain and unclear as if it were far into the future. This current crisis, which has been described as a humanitarian disaster, was undoubtedly brought about by humans, but it is still difficult to accept at times. However, no matter how difficult the situation, we must try to see and capture it with sensibility. It is okay to find something out later. Humans, who are already here without being asked, have always found the meaning of this world and its existence “after the fact” through imagination, with a broad perspective. While it’s difficult to find meaning now during this crisis, we nevertheless must not stop looking to face these difficulties.” 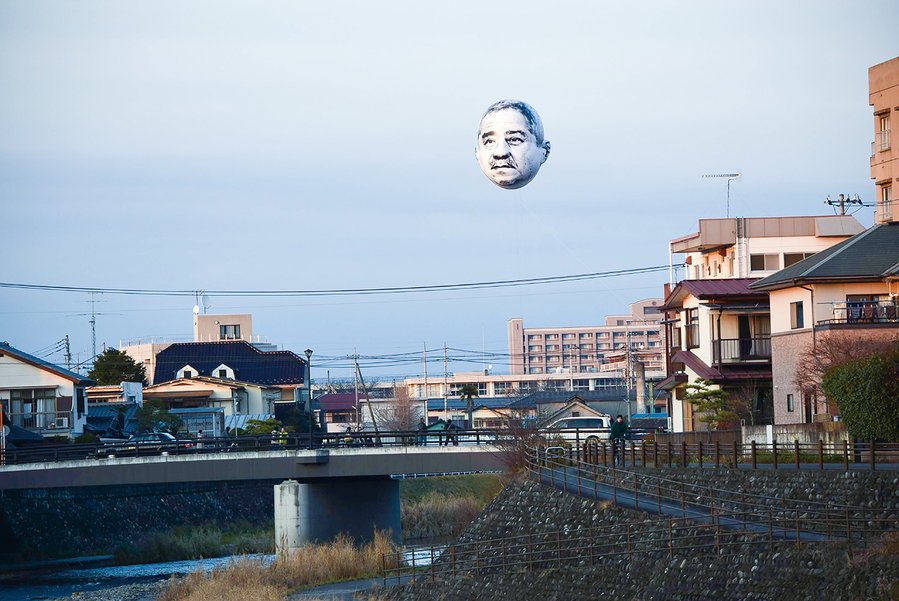 As odd of a sight as it must have been for Tokyo residents and visitors who glimpsed it in person, the installation was probably a welcome distraction from the constant news cycle about COVID and the Olympics. As the artists explain, floating the balloon “suddenly and without prior notice nor a clear reason” could help momentarily disrupt ordinary life. “Masayume” is the second such project [mé] has completed; they previously floated the head of a local ojisan (old man) over a suburb north of Tokyo in 2014 for the installation “The Day an Ojisan’s Face Floated in the Sky.”