Robots are all the rage in 2017, and barely a day goes by without a new model being announced, tested, or placed on the market. Among the array of robotics currently out there are a swath that aim to mimic animal movements and behaviors. Dornob recently covered a new robotic dog by Boston Dynamics, for instance.

The MantaDroid, an underwater robot that has characteristics similar to those of a manta ray, is the newest member of the robotic animal family. MantaDroid was born in a research lab at the National University of Singapore, and it’s being billed as a more streamlined and graceful version of the underwater robots that are already on the market. Its silhouette makes it instantly recognizable, and it could easily be mistaken for the real thing — until you look a little closer, that is. 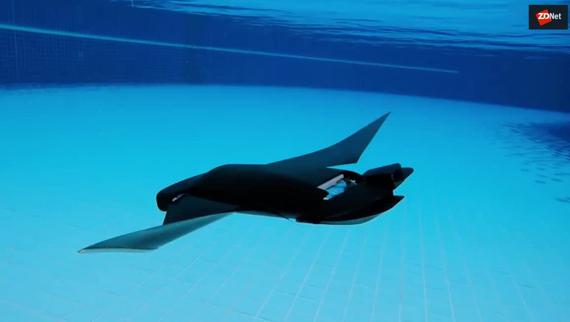 The robot is matte black in color, measures 35 meters long by 63 centimeters wide, and weighs less than a kilogram. Over the two years that it took to design the MantaDroid, university researchers spent a great deal of time studying fluid dynamics and underwater movement. Their investigations helped them determine the best way to create a life-like marine robot that could easily be disguised in the sea to better assimilate into its surroundings underwater. 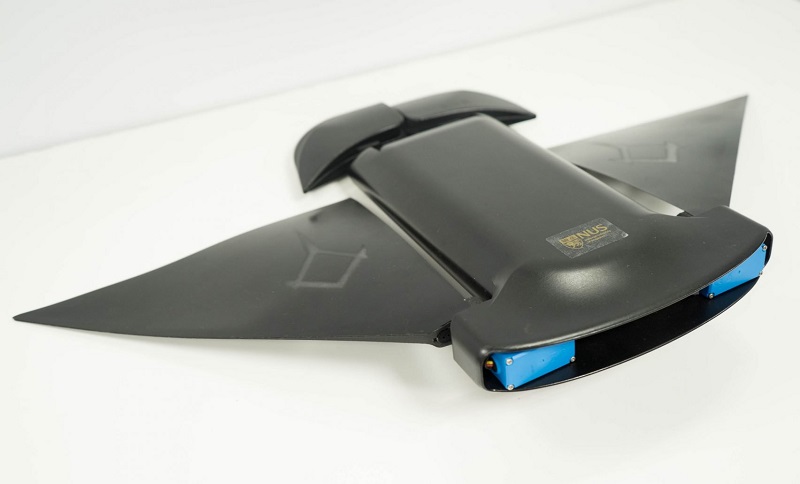 The team also went through 40 different fin designs before settling on the right one. The final choice of fin is made of flexible PVC sheet, which mimics the elegant flow of the real manta ray’s pectoral fins. These pliable appendages propel the robotic ray forward and provide an alternative to the propeller-based thrusters that usually power underwater devices. They are attached to the MantaDroid’s body, which itself is flat and wide (similar to that of the real manta and an element that completes the illusion). When operational, the MantaDroid can move through water at a rate of 0.7 meters per second for about ten hours. 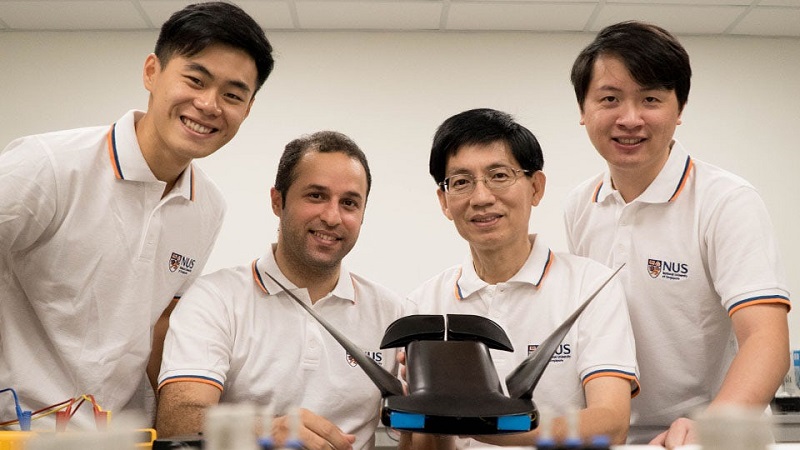 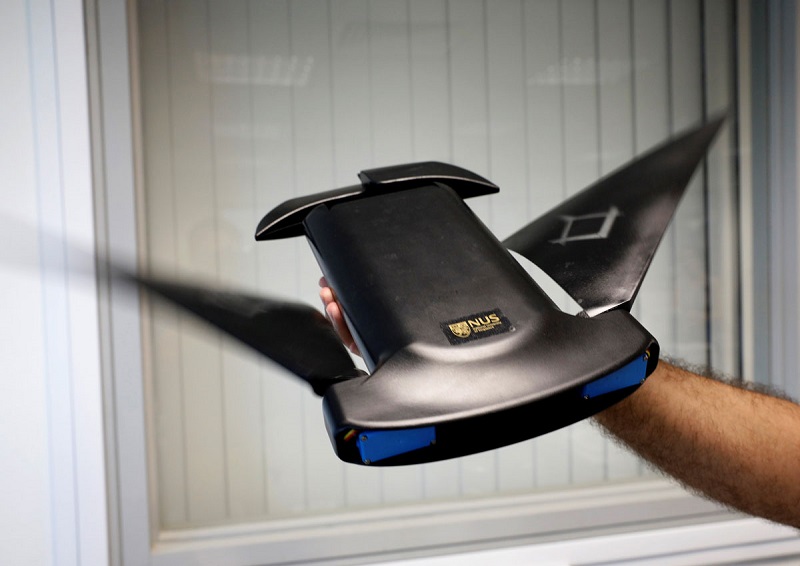 “Manta rays are considered one of nature’s most graceful and efficient swimmers,” said associate professors and leaders of the MantaDroid research team Chew Chee Meng and Yeo Khoon Seng. “Unlike other flapping-based underwater robots that replicate the manta ray’s flapping kinematics by using multiple motors to achieve active actuations throughout the fins, MantaDroid is powered by only one electric motor on each fin. We then let the passive flexibility of the fins interact naturally with the fluid dynamics of the water to propel the subsequent motions.”

The likeness of the robot to the real animal is uncanny, and the benefit of this is that once the droid is placed in an environment with other marine life, it’ll be far less likely to be perceived as something foreign. This will allow the MantaDroid to carry out its activities underwater, and it is thought that the robot will likely be involved in the study of marine life and biodiversity, data collection, and search missions. The MantaDroid’s body is fitted with a number of sensors and detection devices, meaning it can collect information underwater that can then be studied and used for research at a later date. The robot has yet to be used in the sea, where it will eventually be tested to see if it can withstand fast-moving water currents and greater depths.