Trends in interior design come and go — but in light of the planet’s current climate crisis, one in particular seems to be evergreen when it comes to new projects: building and conceiving spaces that directly aim to address environmental concerns. 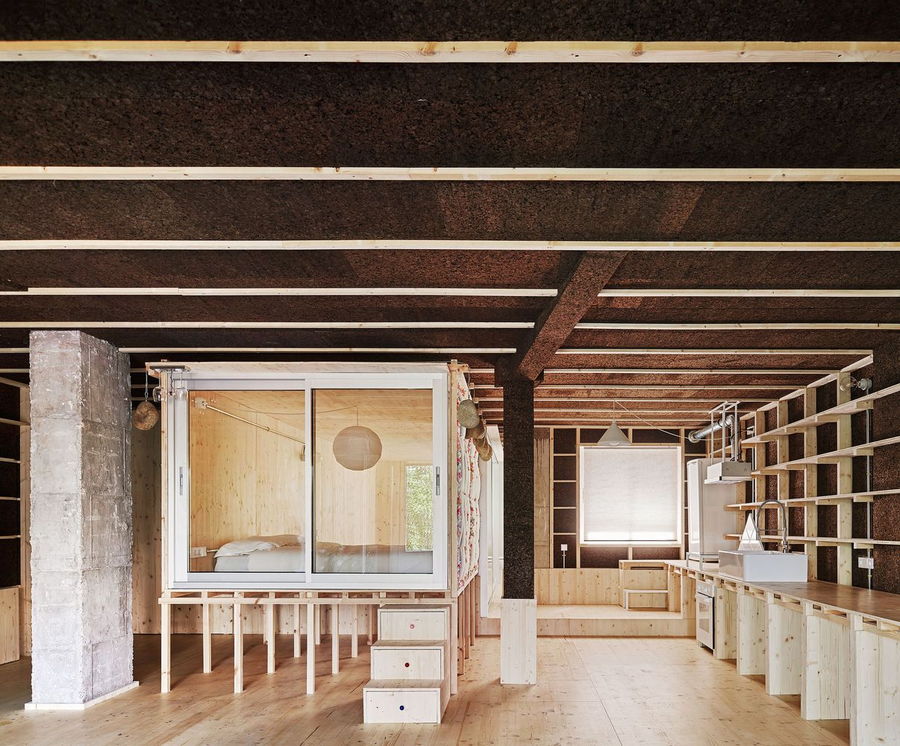 This could involve anything from incorporating energy-saving techniques and solutions to the use of materials that are more environmentally friendly. Anything that contributes to spaces that are carefully curated to play a positive part in the world around them. 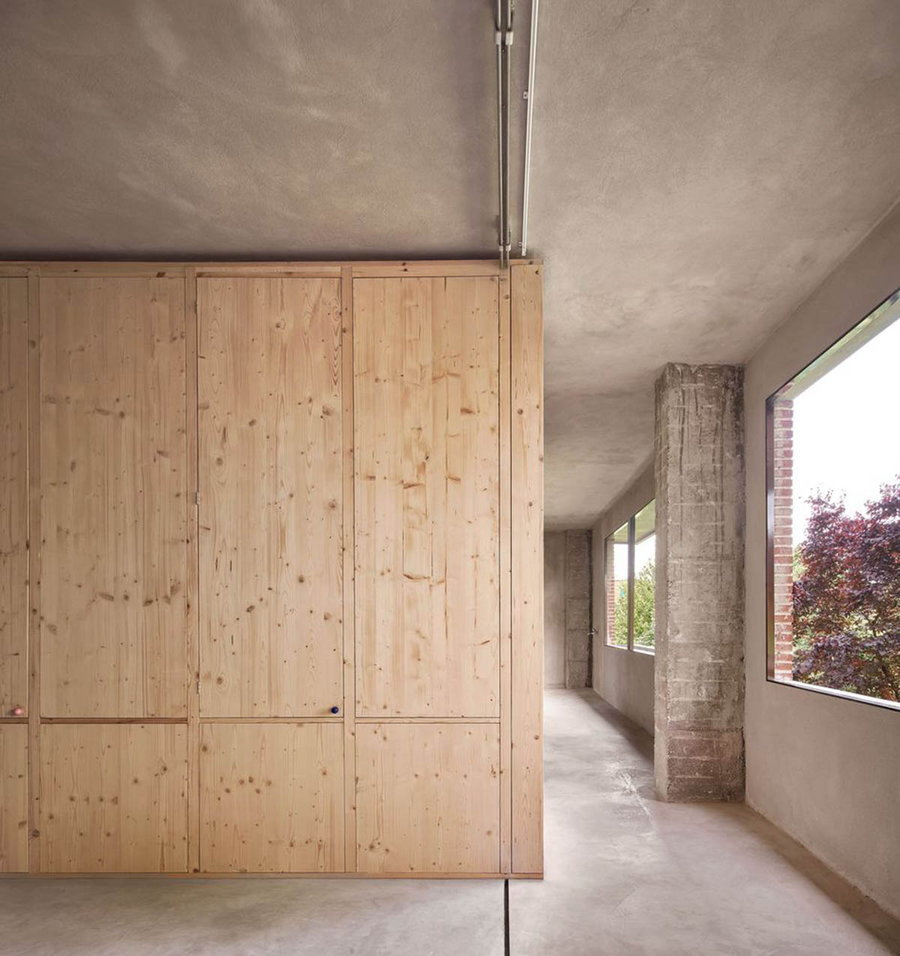 TAKK’s “The Day After House” aims to do exactly that. The Barcelona-based design studio recently took environmental awareness in interior design to the next level with this renovated 110-square-meter apartment in Madrid that has been “developed with the aim of updating the domestic space according to new models of use and environmental consciousness,” as discussed in a recent article.

But how does one achieve the perfect blend of “environmental consciousness” and forward-thinking (yet attractive) design aesthetics? 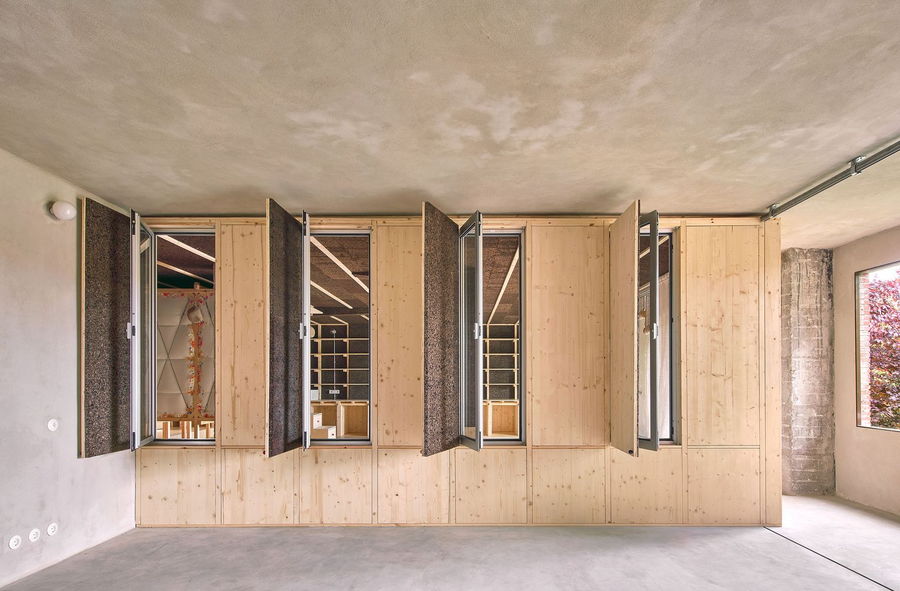 Firstly, focus on a strategy that redefines more traditional layouts. Rather than rely on a blend of rooms and corridors more commonly seen in apartments, the studio’s approach focuses more on the climactic specifics of each space. Though distinct, the spaces still work in tandem to save energy.

A spokesperson for the studio explains: “As if it were the layers of an onion, the spaces of the house get nested each one inside of another…as we get close to the central spaces…they get more and more insulated and have less needs in terms of extra energy.” This type of “climatic diverse distribution” is ideal for a climate like Madrid’s, where blistering heat waves make up the summer months and more intense, colder periods dominate the winter. 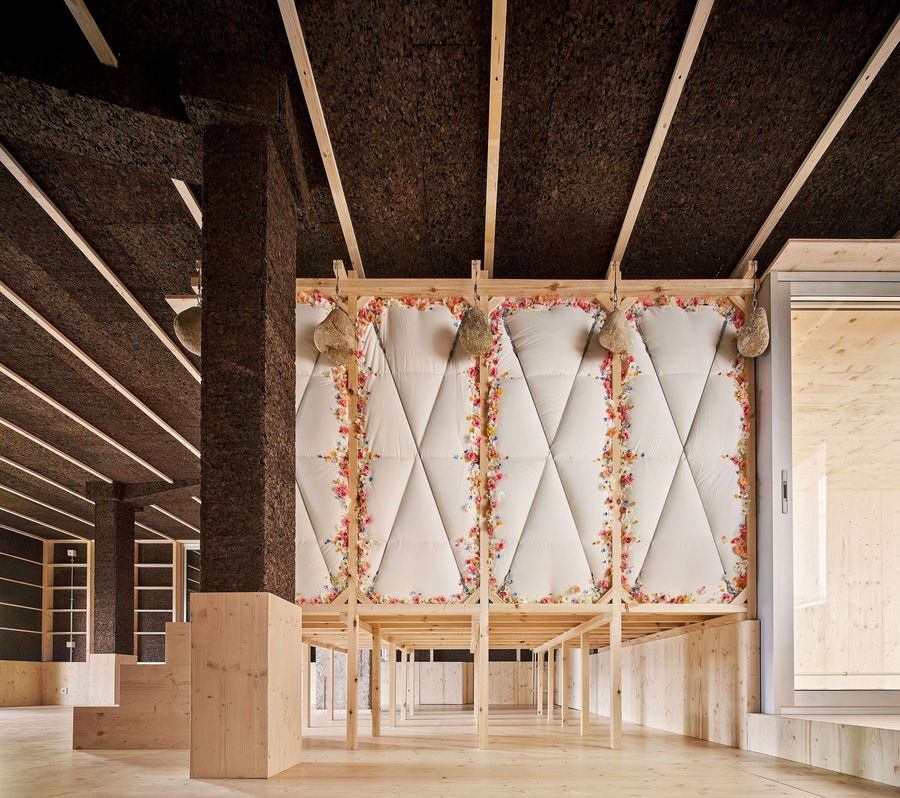 The next thing to consider is the materials. Here, TAKK aimed to prioritize things like wood and natural cork (both known for having low CO2 emissions) to insulate the home effectively and manage energy loss. It also doesn’t hurt that the two materials work well together aesthetically. 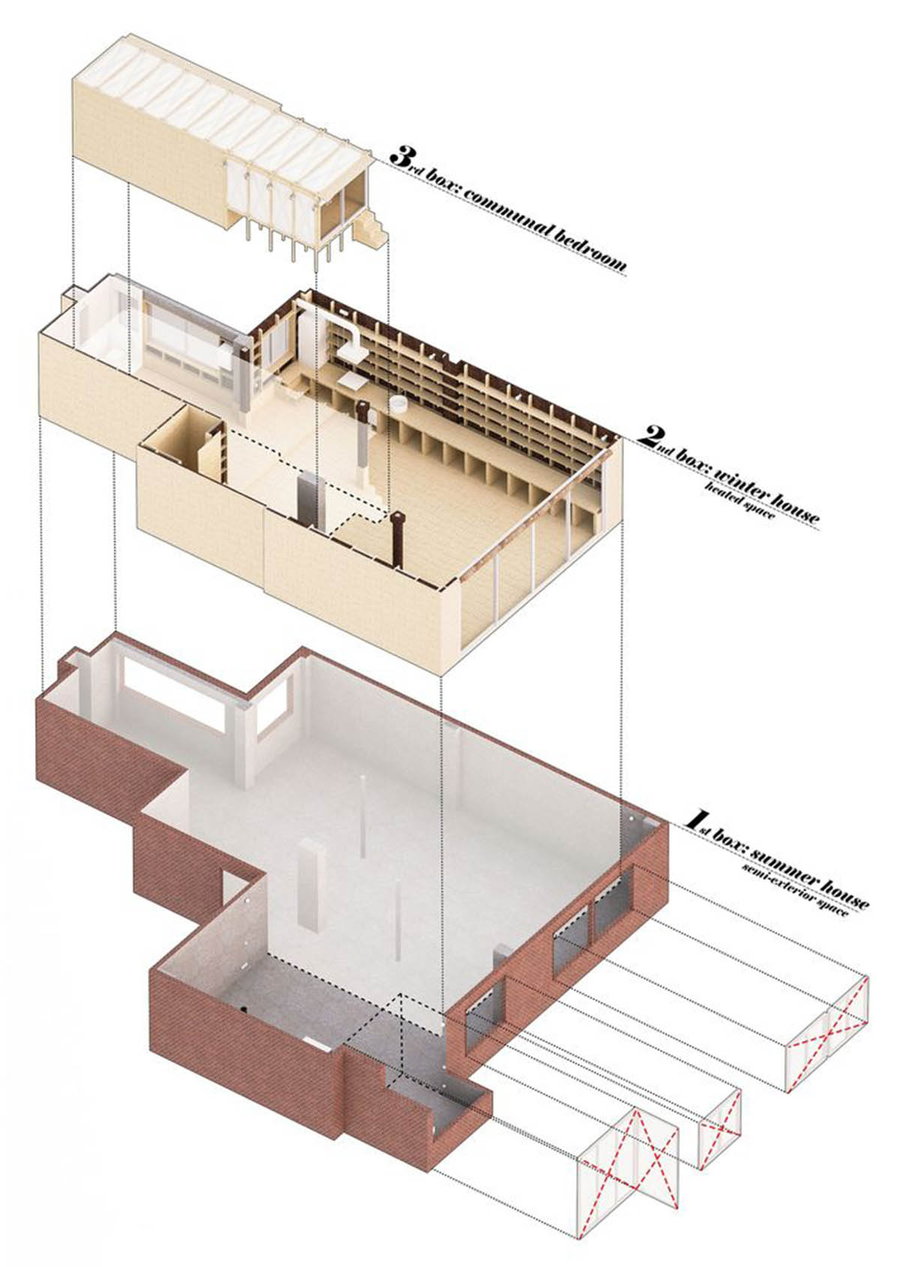 The third and final concept of the design was influenced by both economic and environmental concerns: effectively only building about half of the apartment’s square footage and leaving the other half completely empty, devoid of even windows. Essentially creating two houses for the price of one, the design scheme imagines the apartment as being akin to an empty shoebox, where 60 square meters is a perfectly insulated space (dubbed Winter House) and the remaining 50 square meters exists as an interior terrace (appropriately named Summer House). 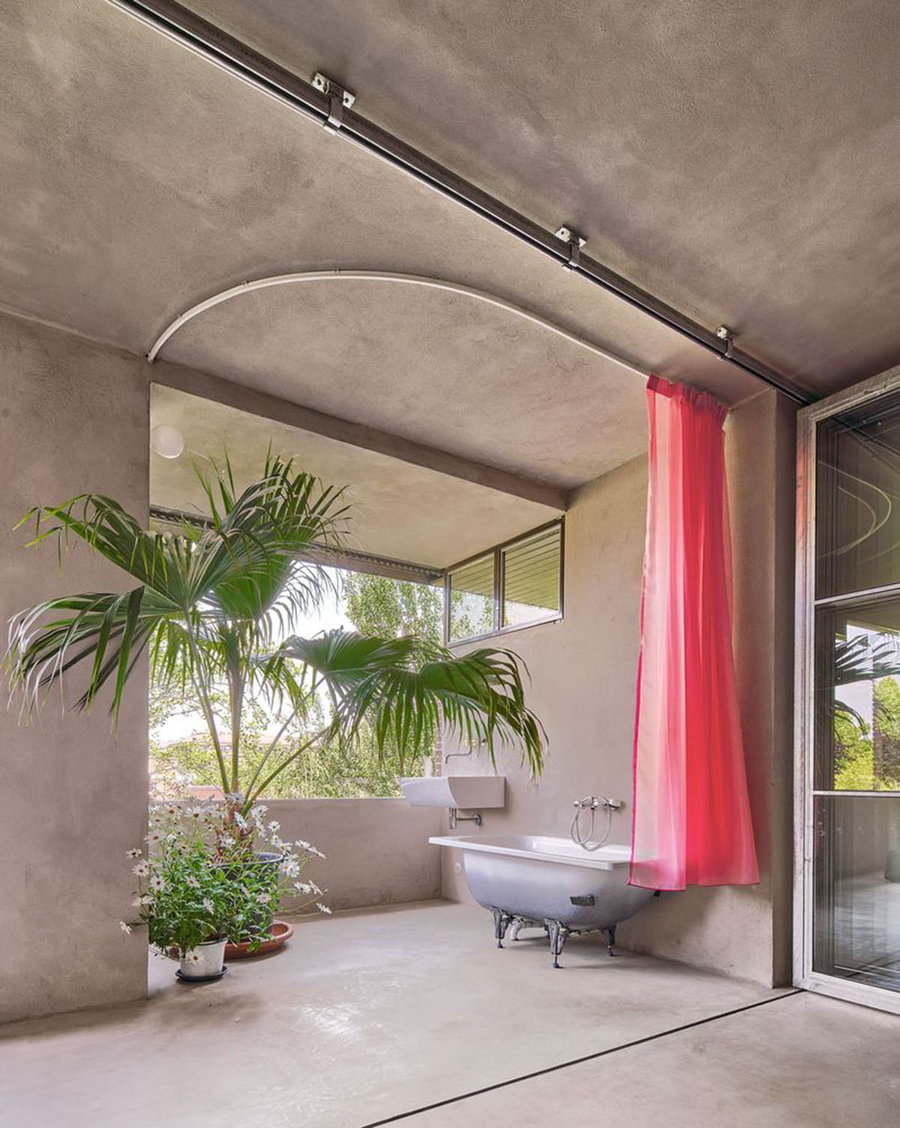 This ingenious setup allows for the cement mortar finish on the winter house to capture heat in the summer, essentially “stealing it from the interior air [of the summer house],” as the architects explain.

The L-shaped space is then further enhanced with open configurations in both the kitchen and single, more communal bedroom —yet another way the unit encourages the concept of equitable space, regardless of the number of inhabitants. 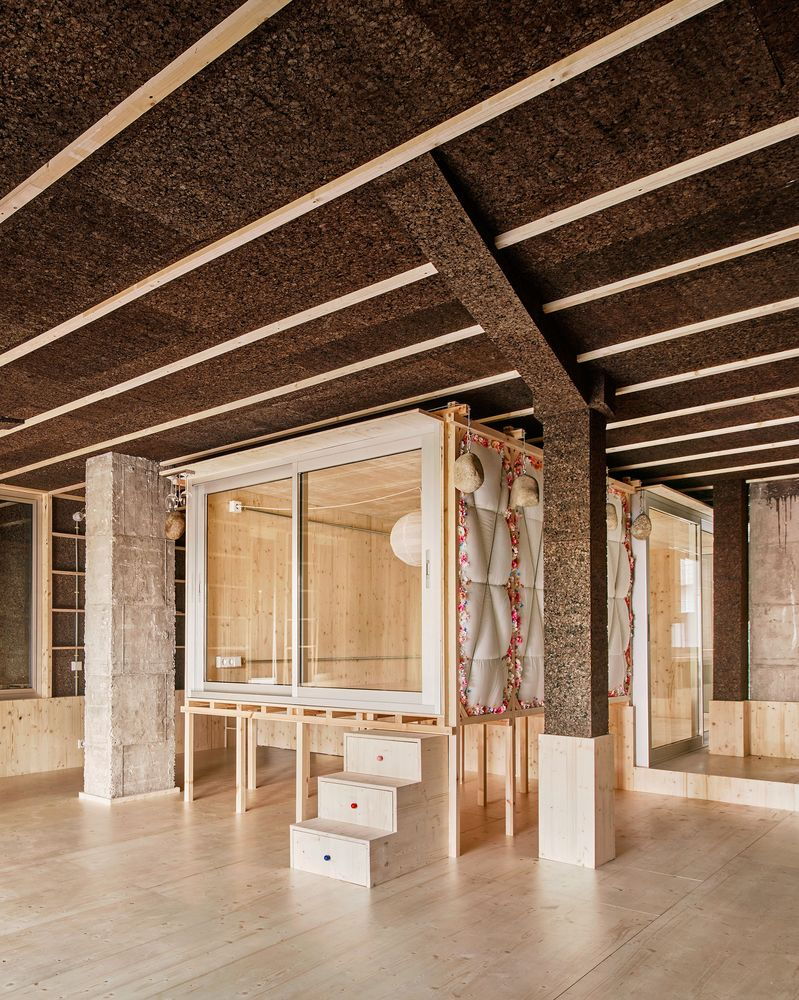 Through their creative use of “climatic diverse distribution,” low-emissions materials, and energy-saving considerations throughout the renovated Day After House, TAKK has created an apartment that’s both aesthetically adventurous and environmentally sound.