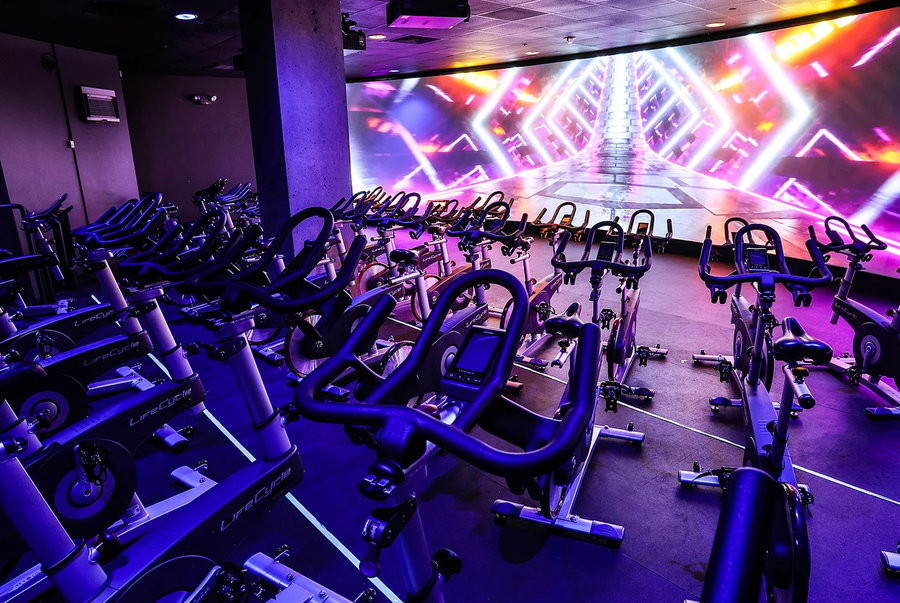 As recently as the late 20th century, staying at a “luxury” hotel meant having access to an onsite gym, indoor pool, and complimentary full buffet breakfast instead of a measly danish and juice box. But 20 years into the 21st century, the competition within the hospitality industry has grown fiercer than ever — all of it driven by a clientele that demands much more, especially in terms of health and fitness options.

Before planning and budgeting fitness amenity upgrades, hotels wisely conducted in-depth research to determine exactly what their guests wanted. Hilton started small and quickly learned that patrons wanted much more. Teresa Flyger, director of Global Brand Wellness for the iconic chain, revealed that “before we launched, we tested several different types of rooms — such as a room with a yoga mat and ball as well as a room with a spin bike. But guests said that wasn’t sufficient and that they wouldn’t pay a premium for a room that was set up for a single activity. We found that they wanted a more integrated workout experience, which led us to create what is now known as Five Feet to Fitness, a fully-fledged in-room gym with 11 different fitness equipment and accessory options.”

This knowledge quickly spread throughout the industry, and the competition began.

Shangri-La at the Fort 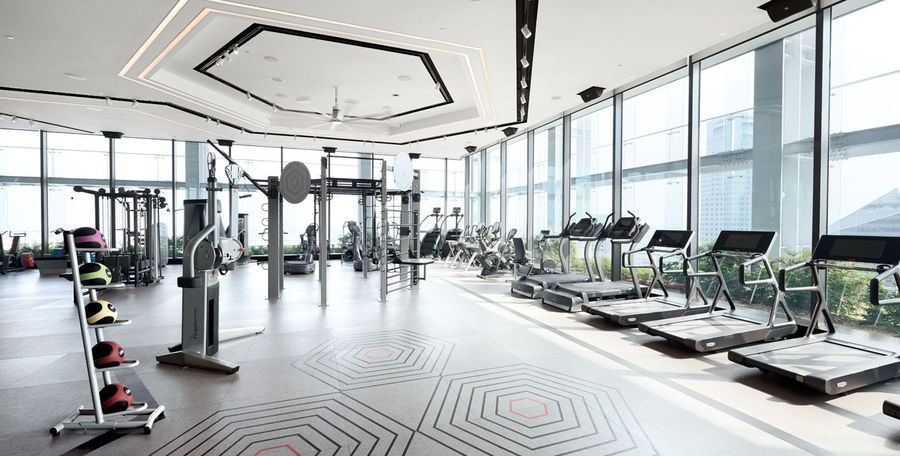 In 2011, Shangri-La Hotels and Resorts unveiled Kerry Hotels in Shanghai and Beijing, both of which have adjoining clubs with impressive fitness options and plans free to hotel guests and available to others through public membership fees. Six years later, Shangri-La broke the bank with its third hotel in Manila, the 576-room Shangri-La at the Fort, with rooms starting at $222 per night. This multi-floor, 86,000-square-foot hotel boasts workout quarters with 90 units of professional-quality equipment, tennis and squash courts, an 82-foot lap pool, an NBA-grade indoor basketball court, and studios dedicated to yoga, pilates, spin, boxing, and mixed martial arts. 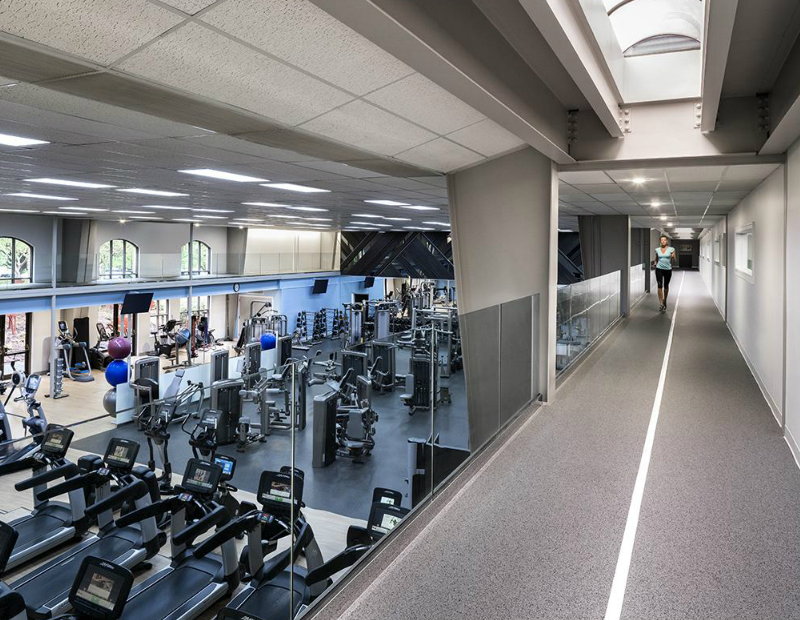 In Summer 2019, Equinox opened its first hotel in Hudson Yards New York. Room rates started at $700 a night, and the lavish hotel included a 60,000-square-foot Equinox Fitness Club next to it, the largest Equinox gym on Earth. Although the club is adjacent to the hotel, and not physically inside it, it’s still open to guests 24/7. Besides including every piece of state-of-the-art fitness equipment available these days, it also offers members pools and fitness classes.

The Field House in Philadelphia 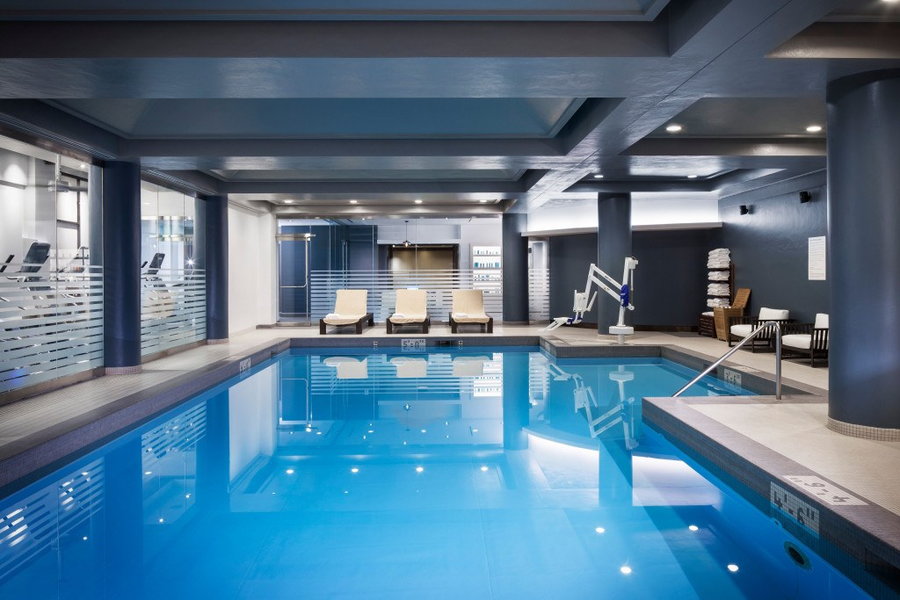 David Gutstadt, founder of the inimitable Fitler Club gym in Philadelphia and a major consultant on the Equinox gym concept, took things to a new level when he opened Field House in Philadelphia in 2019. As it is, the Fitler Club already combines 14 upscale hotel rooms with an incomparably magnificent gym, spa, and opulent dining room, with room rates starting at $400 per night.

For Field House, Gutstadt created a much larger, 25,000 square-foot hotel/fitness club to convey that same finely tuned fitness experience. The hotel is only a small part of the venue, of course, with the fitness program being the biggest draw. That’s why the Field House boasts first-class workouts in a range of choices, from splendid hot-and-cold plunge pools to a challenging climbing wall, a full staff of professional private trainers, and a wide range of health and fitness classes. Gutstadt proudly proclaims that “all of this happens in a very exclusive and elevated environment. There is no waiting for machines or fighting for floor space.”