The ‘conversation pit’ will likely never be completely divorced from its associations with avocado-green shag carpeting and other unfortunate aesthetic and cultural aspects of the 1970s. These sunken seating areas were declared passé by the ‘80s, and when you peruse images of them from that era, it’s not hard to see why: most of them look like giant fuzzy dust collectors. Building them right into the room made it difficult to update the upholstery, and as living rooms became more television-centric, inward-facing circles and squares of seating no longer seemed relevant. But there’s a case to be made for bringing these interior features back in the spirit of the midcentury modernism that actually birthed them, and this contemporary Czech lounge is a beautiful example.

The first conversation pits debuted back in the 1950s in streamlined minimalist homes by architects like Eero Saarinen and Alexander Girard, aiming to maximize space and make living rooms feel more airy and open with fewer obstacles blocking sight lines from one end to the other. They offered plenty of space for residents and their guests without requiring big, tacky couches or large assortments of furniture. The ‘70s oozed a little too much grooviness onto what was previously not a terrible idea, and the world collectively moved on to more modern seating arrangements. 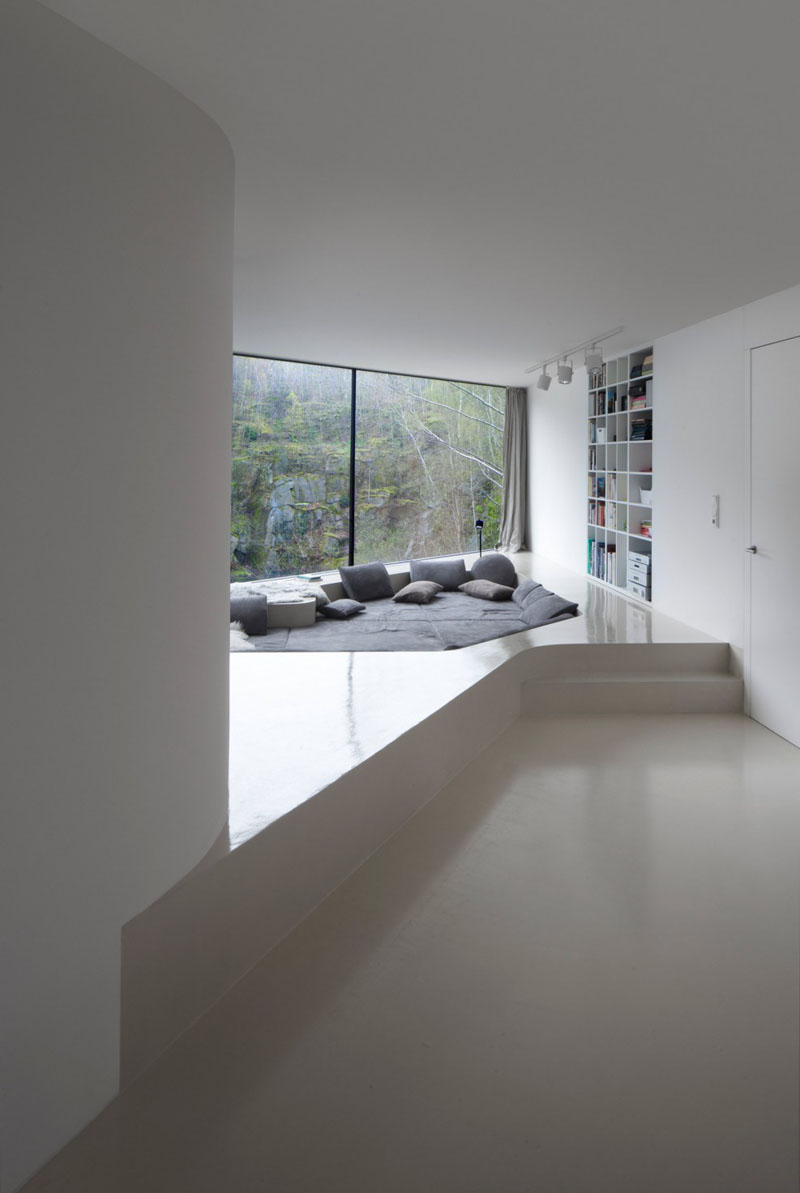 But not all sunken seating has to be social in nature, or located right in the middle of a room. Architectural studio A69 proves as much with this installation in a sleek, minimalist home with views of a surrounding forest. Their version is just about as cozy as it gets, built into a platform that not only breaks up the interior space in a simple yet dynamic way, but also leaves most of the vertical height of the room free for gazing out that giant glass wall. It’s almost like tossing a pile of comfy blankets and pillows onto the floor in a favored spot to spread out and read, except there’s better cushioning, and the result looks clean and polished. This lounge is more about daydreaming, napping and relaxing with a cup of tea than offering canapés to your spouse’s stiff-shirted boss, and it shows in its amorphous shape and casual upholstery. The shallow depth of the pit encourages laying down more than sitting, and inserting it right between two walls of books makes it the perfect reading nook, if the beautiful views of a river and forested hillside don’t present too much of a distraction. The soft gray and rounded shapes of the pillows mimic the boulders outside.

Nestled into a rectilinear black volume raised above ground level on jagged rocks, this bright curvilinear interior space takes full advantage of the windows gazing out onto the water and provides a nice sense of balance to the home. 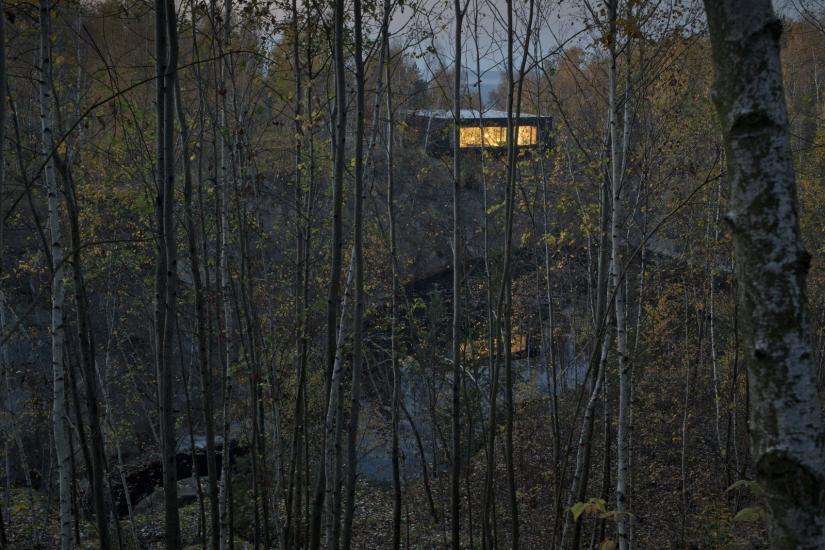 “A sliding glass wall provides for connecting the living area with an outdoor terrace on the meadow,” say the architects. “The interior is monochromatic using different shades of white – a neutral frame for colors of the forest at different periods of a day and year. The house is a DIY type. It can be taken into pieces, it may disappear without a trace left.”