Want to leave the Earth a little better when you die? A Dutch company has crafted a unique coffin for just that purpose. Composed of live mushroom fibers, it enables dead bodies to “enrich and clean the soil with their own nutrients.” 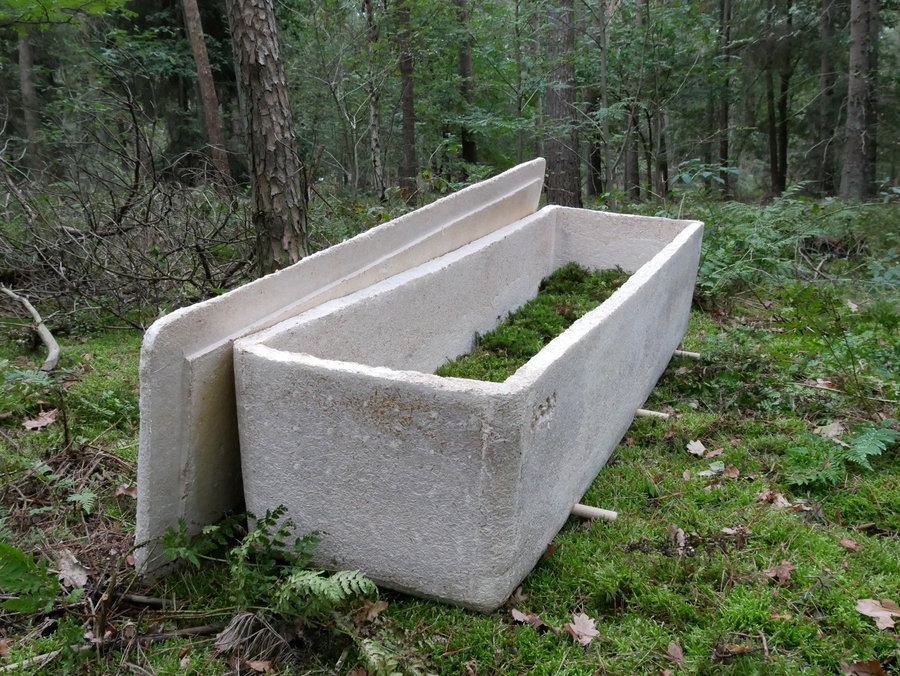 Biotech firm Loop is concerned that today’s corpse disposal techniques have been working against nature for too long, polluting air, water, and natural biodiversity along the way. “Contrary to nature’s beautiful end-of-life cycle, people are not only parasitizing during life, but even after death they leave a scar on this beautiful planet,” the company website says. “Thanks to our modern lifestyle, the average human body contains 219 chemicals that can endanger ecosystems.”

A customary burial today includes embalming fluid, which leaks noxious compounds into the ground — not to mention the fact that conventional caskets alone use up an incredible amount of resources. The Berkeley Planning Journal estimates that the amount of wood used for coffins in the US every year tears down 4 million acres of forest and could be used to create 4.5 million homes. Cremation isn’t much better, either, as it sends carbon monoxide, fine soot, sulfur dioxide, and heavy metals into the atmosphere. 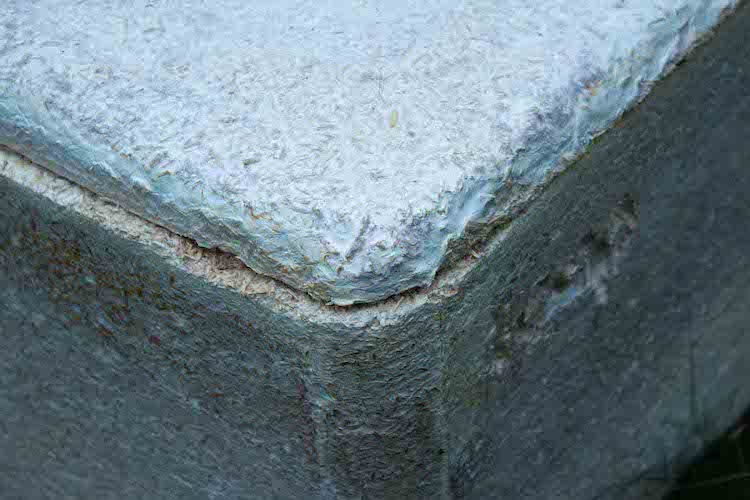 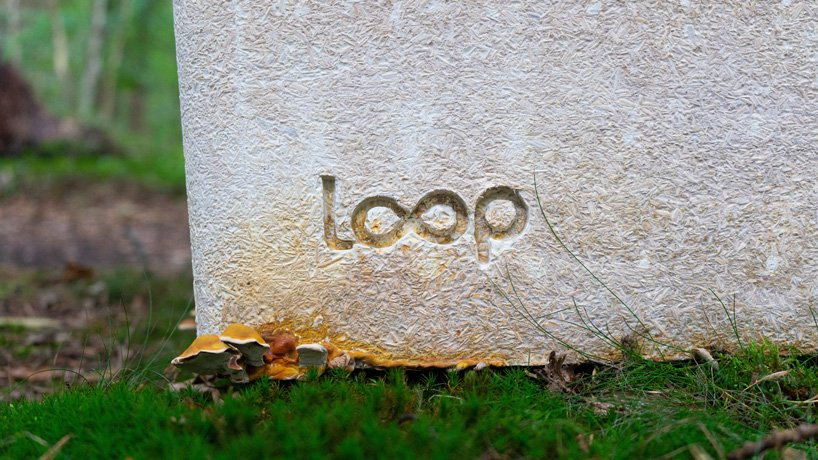 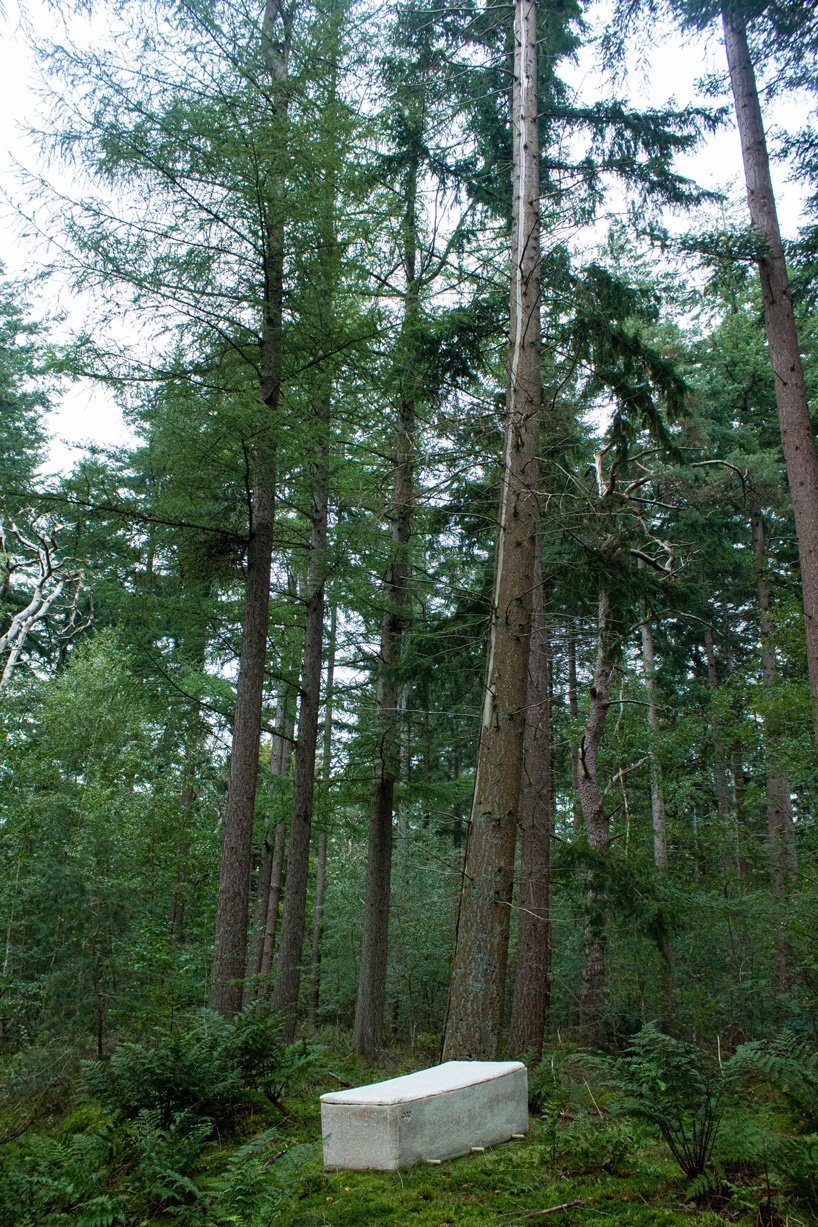 “It’s as if we see ourselves as waste, while we can be a valuable part of nature,” says Loop founder Bob Hendrikx, who first got the idea for a greener burial while showcasing his living home concept at the 2019 Dutch Design Week. If an organic material could house the living, he wondered, why couldn’t it encase the dead as well?

From those musings was born the company’s eco-friendly “Living Cocoon.” Working with the Delft University of Technology and the Naturalis Biodiversity Center, Loop has constructed these caskets from mycelium, an “underground fungal network [that connects] the roots of plants to form ‘Nature’s Internet.’” In other words, the coffin recycles organic matter into essential elements for new plant life. The bottom is even lined with a mossy bed, and the entire space is inhabited by helpful bacteria colonies. 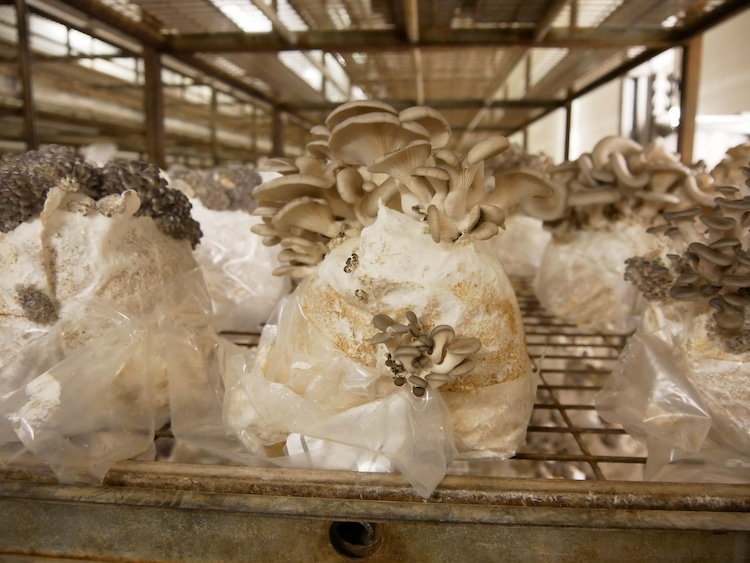 The caskets are lab-grown in one week by combining mycelium with an organic wood chip substrate. The mycelium then eats through the substrate, growing to fill a coffin-shaped mold. It’s a method that’s especially easy on the environment, as it requires no outside heat, light, or energy. When all’s said and done, the case goes through a drying process, after which it’s strong enough to hold up to 440 pounds.

Loop asserts that the Living Cocoon will biodegrade within 45 days, with bodies being fully composted in three years. In a traditional coffin, the process would take 10 to 20 years. 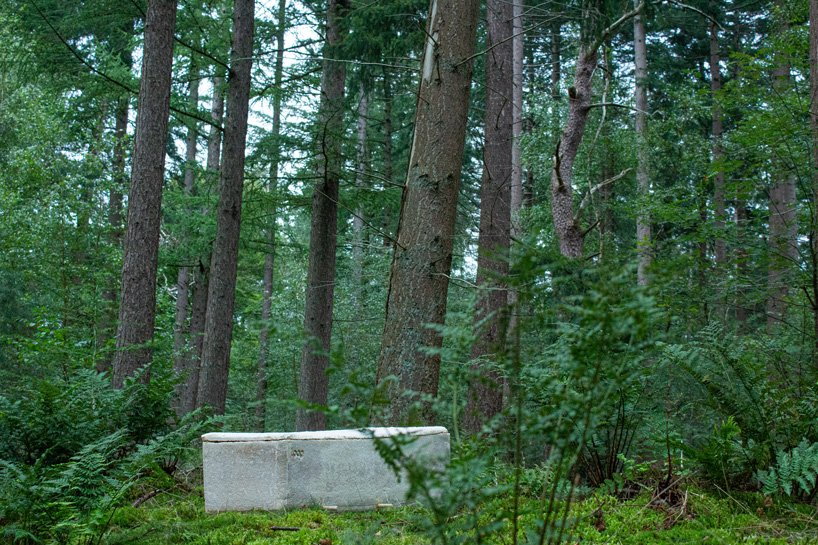 “When the Living Cocoon is in the ground you can even water it, add seeds, and decide what tree you want to become,” says Hendrikx.

Not only can humans be turned into compost faster with these mushroom-based boxes, but they can also help purify the ground where they are interred, since mycelium is an excellent destroyer of toxins. “It’s used in Chernobyl to clean up the soil there from the nuclear disaster,” Hendrikx notes, adding that “the same thing happens in our burial places, because the soil is super polluted there and mycelium really likes metals, oils, and microplastics.”

Hendrikx and his Loop team would love to see their Living Cocoon be a means of decontamination all over the planet. “We have a dream of having super-new natural funeral-based concepts in which we go to different cities and search for the dirtiest soil and start cleaning that up,” he says. 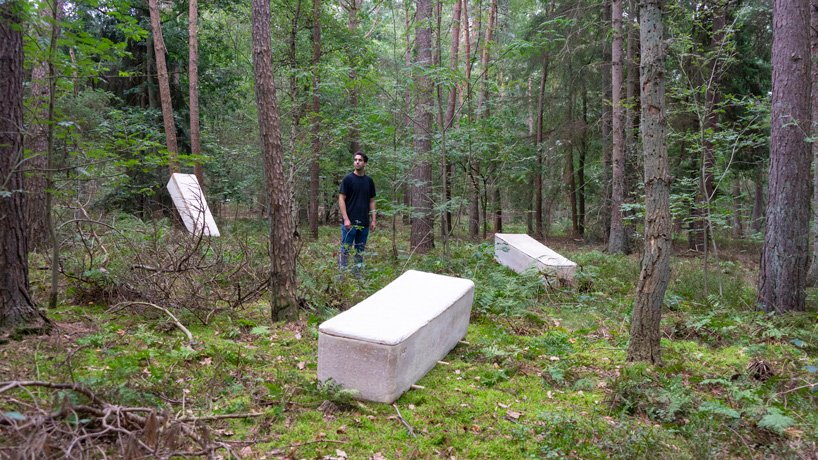 Loop’s living coffins are available for purchase in the Netherlands for around 1,500 euros each. The company has sold 10 to date, with one already having been used for an interment in the Hague.