Fungus sounds like the last thing you’d want growing on buildings. In fact, when the word “fungus,” is mentioned in the same breath as “buildings,” most of us immediately think of toxic mold growth, which can rapidly ruin entire structures and harm their inhabitants. But there’s quite literally a whole world of fungus out there — up to 3.8 million species — and some varieties have an array of beneficial qualities to offer, including the ability to absorb water, resist flames, and even form masses so solid they’re stronger than concrete. All of these things make mycelium (the root-like vegetative part of a fungal colony, usually hidden beneath the soil) the ideal sustainable building material. 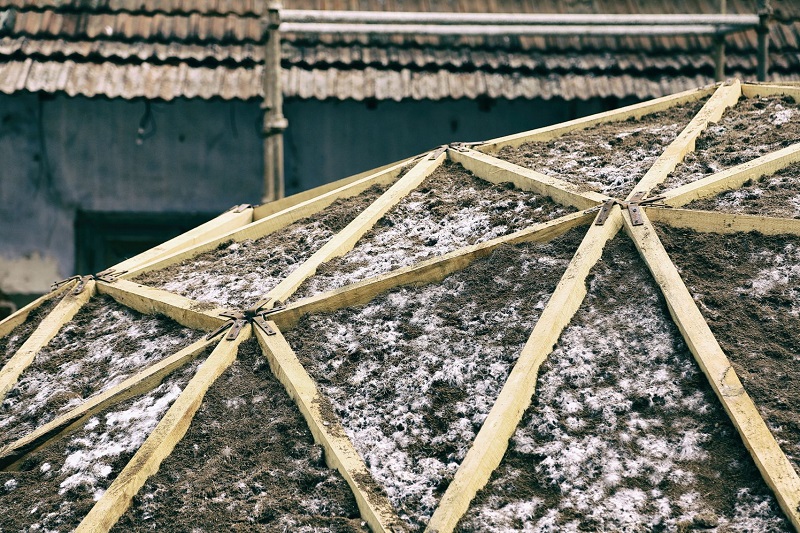 Mycologists have transformed fungi into 100-percent organic and compostable bricks, and a company called Ecovative Design has mixed mycelium with agricultural waste to create a natural alternative to polystyrene and plastic packaging. Now, a group of Indian and Italian architects is demonstrating how mycelium can quickly fill in substrate within a wooden framework to create lightweight, recyclable structures perfect for short-term use as disaster shelters and temporary venues for public events.

Indian architecture studio Beetles 3.3 has collaborated with Yassin Arredia Design to create “Shell Mycelium,” an installation in a Fort Kochi courtyard in the Indian state of Kerala. For this project, mycelium spores were implanted into coir pith, and after a few days of tending, they bloomed into a snowy white covering. 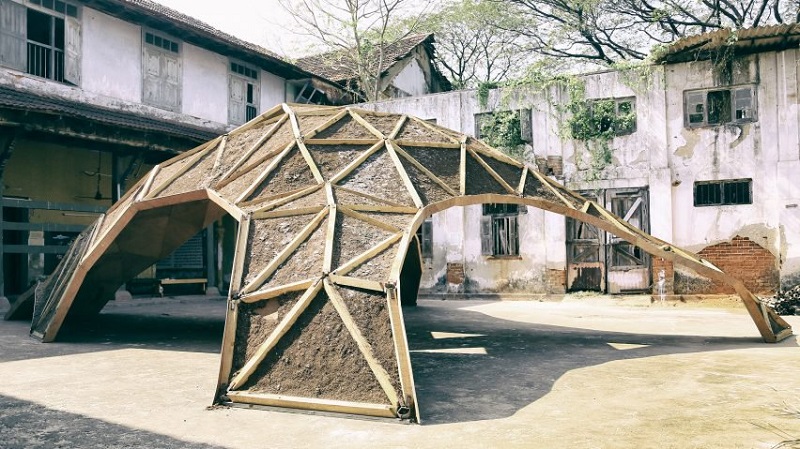 “In an era of concrete jungles and overcrowded cities, degradability, sustainability, and liability become parts of the responsibility of architecture,” explains YAD. “It is an innovation in the field of biology and architecture, a concept that stresses the need for temporariness. Mycelium is the vegetative part of a fungus like mushrooms and it is being touted for the first time in India, as a possible building block.”

The YAD website reads: “The Shell Mycelium installation at the MAP Project space at the Dutch Warehouse as a Kochi Muziris Biennale Collateral, was the work of Kochi based architect Asif Rahman of Beetles 3.3 (B3.3), Italian architect Giombattista Arredia and Lebanese architect Mohammed Yassin of Yassin Arredia Design (YAD). The team met at Barcelona at the IAAC masters program and were introduced to Mycotecture by inventor-artist Philip Ross, who has been studying mushrooms with fast growing mycelia as a building material. The three architects were fascinated by this concept as they had been discussing the nature of building and humans. Are these concrete buildings we build actually a sign of progress? Is this really development? Is this the future?” 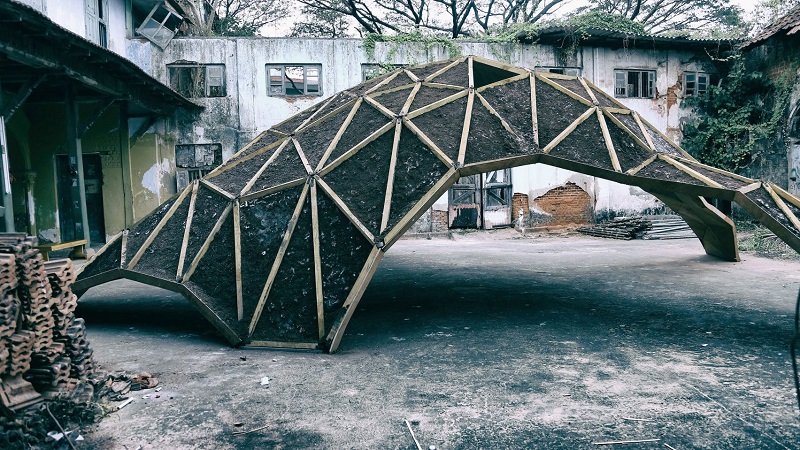 The designers go on to point out that many buildings we erect for temporary purposes like the World Cup and the Olympic Games are incredibly resource-intensive and quickly abandoned. They note that “many of the structures are erected as a sign of the prosperity and strength of a nation’s economy and the cities unconsciously pay the price. At the end of the event, after the entire world has danced and celebrated, the city remains a scarred body, devoid of life.” 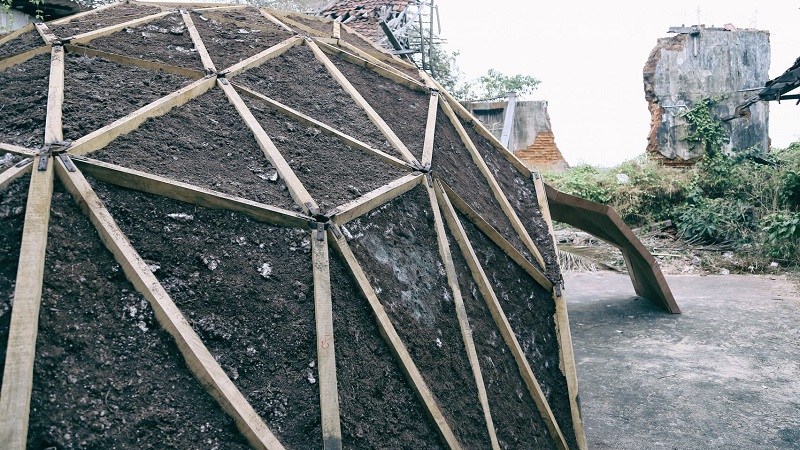 The answer, then, potentially lies in making use of the opposite: living, breathing materials that not only provide us with the shelter we need for such events, but that also exist in harmony with nature and can be returned to the earth when their stated purpose is finished. This gives the building a more natural life cycle similar to that of a living organism. In fact, these pavilions are designed to begin dying right before visitors’ eyes as the top layer of mycelium planted in the coir pith is exposed to sunlight. 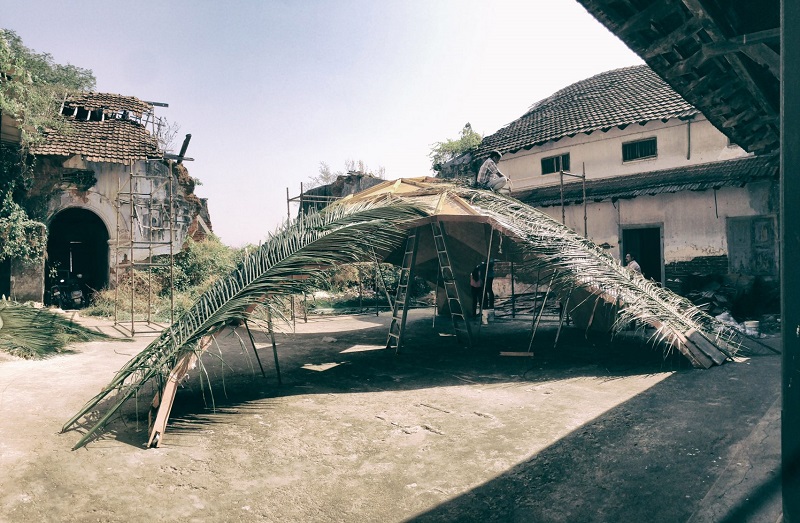 The architects wanted this life and death cycle to be visible and accelerated in order to question the status quo and open the door to newer, more sustainable possibilities. Of course, not all mycelium building blocks are born to die. Instead of degrading, some types of mycelium grow stronger after they die, acting as a sort of natural glue, while others can be tended and kept alive. That’s a whole lot of potential hiding right under our noses, and it’ll be interesting to see how these fungal innovations continue to evolve.