The controversial Tulip Tower proposed for the London financial district may get the go-ahead after all, according to recent reports in The Telegraph. 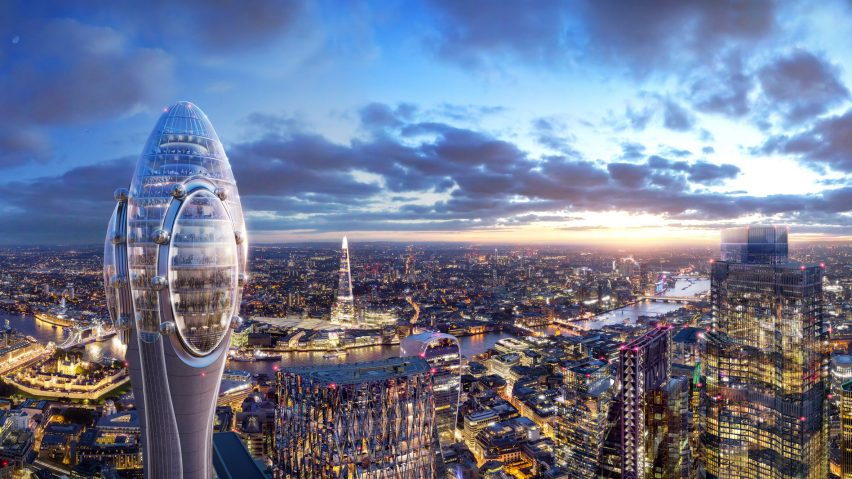 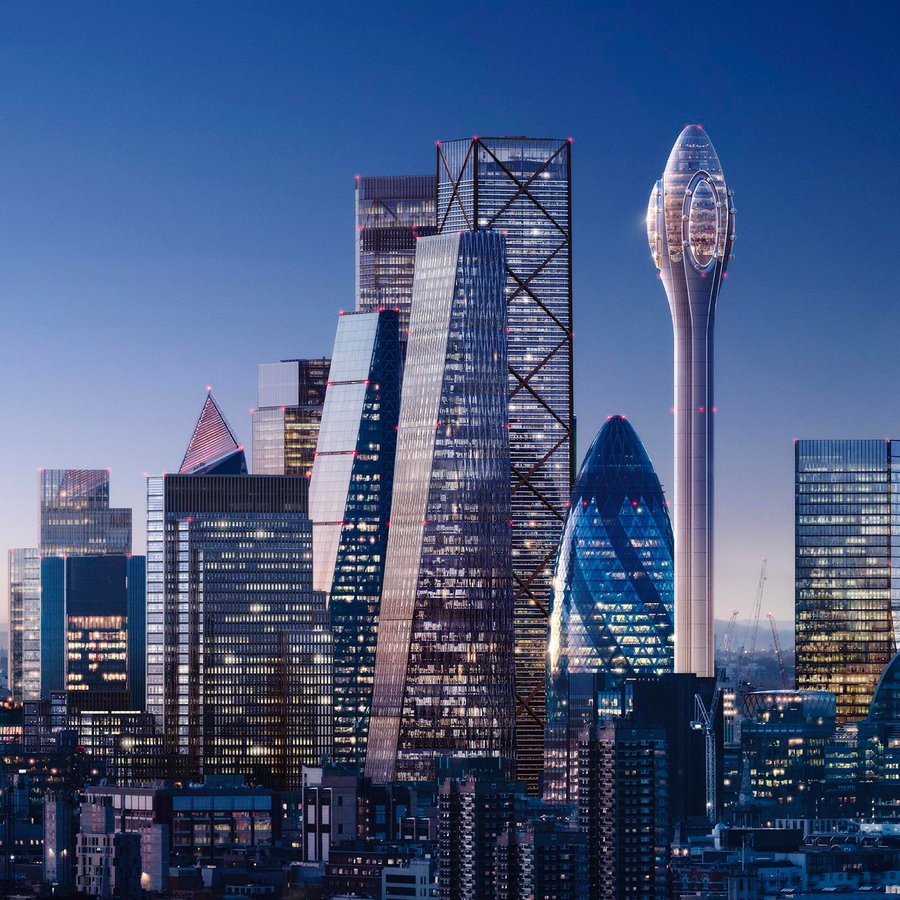 The nearly 1,000-foot tourist attraction. designed by renowned architecture firm Foster + Partners, was originally submitted and approved in 2018, but then blocked in mid-2019 by London mayor Sadiq Khan, who had serious qualms about its look and practicality. Now, UK Housing Secretary Michael Gove seems poised to overrule that decision as soon as the middle of November. 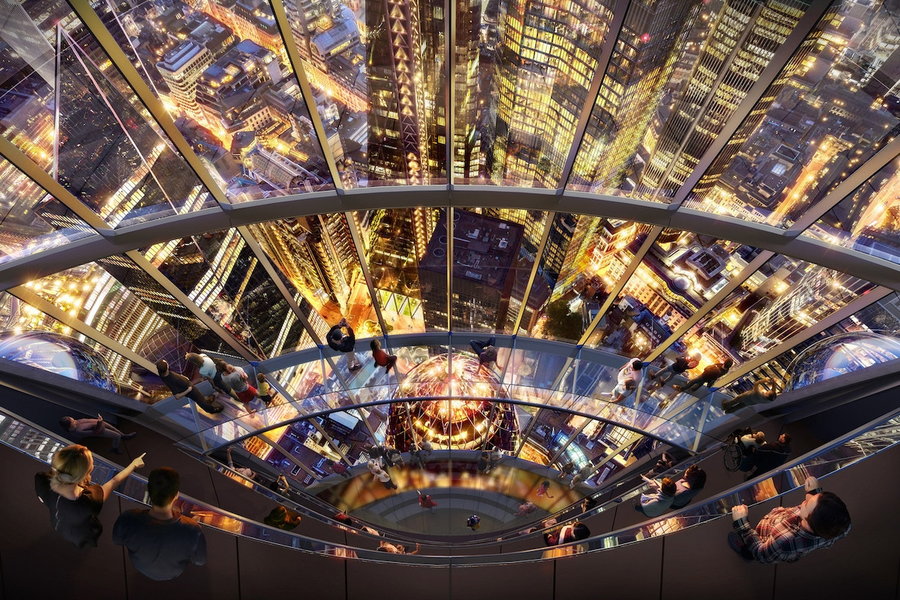 If approved, the towering futuristic turret would be planted next to the bullet-shaped Gherkin office space, designed by the same studio and also once the source of public controversy. The Tulip would also become the tallest structure in the city’s financial district, as well as the second tallest in western Europe.

Designed to bring in 1.2 million visitors a year from around the world, the spire-like building would feature public observation decks, bars, restaurants, and classroom space for visiting school groups, as well as moving pods that would allow tourists to ride around the outside of the building for incredible views.

Promising £1.6 billion in economic benefits to the city and the UK, project-backer City of London Corporation has said the Tulip Tower would also create over 1,000 new jobs and help bring the city back to life after the pandemic. 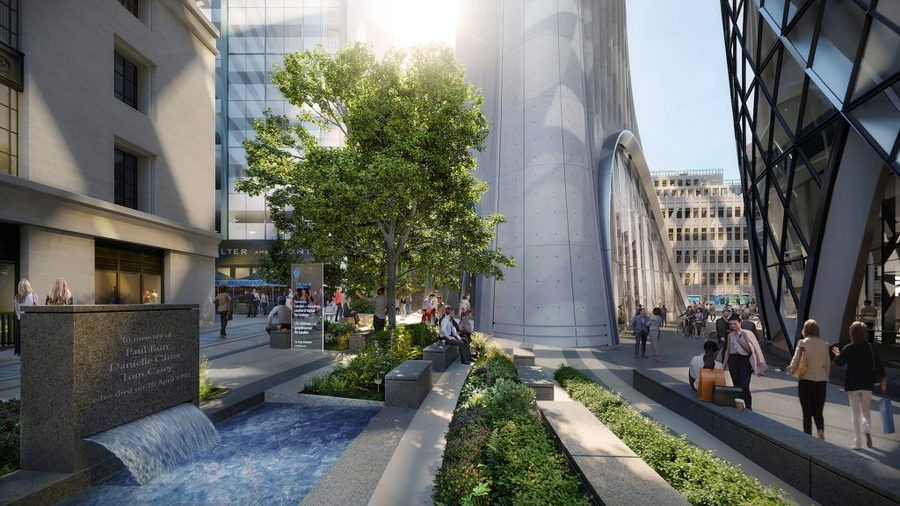 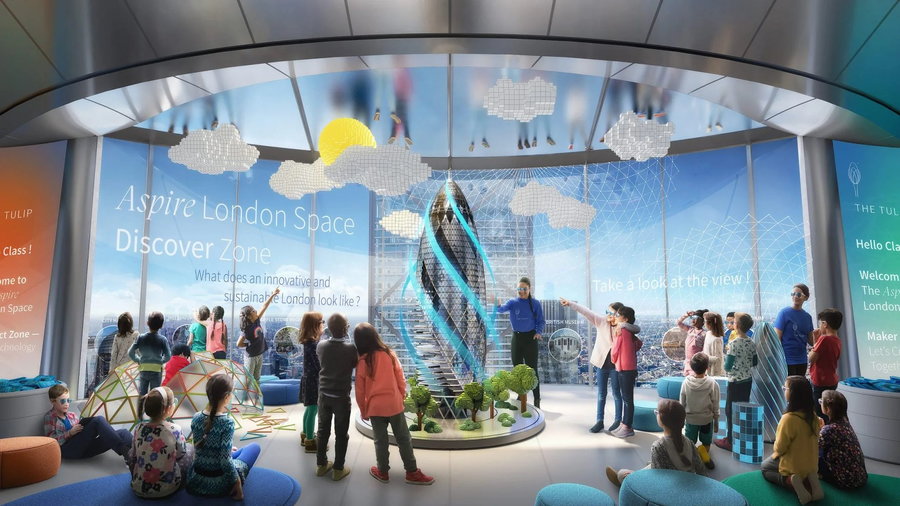 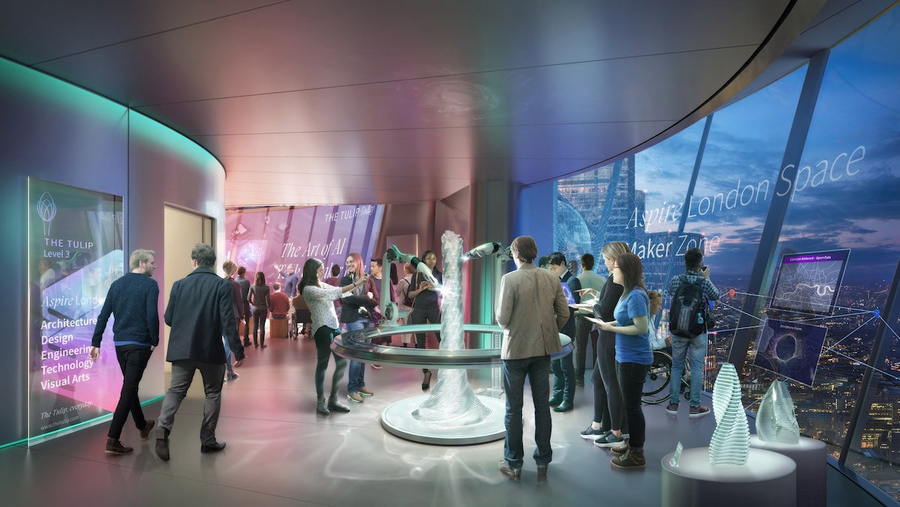 “The Tulip would play an important role in further realizing a vision for the Square Mile as a vibrant 24/7 world-class destination, and that the building would send a powerful message that London remains open to all,” a City of London Corporation spokesperson told The Telegraph.

London Architecture chairman Peter Murray agrees, adding that: “the whole of London needs a strong center if we are to remain a competitive global city. If it is to do so it needs investments like The Tulip more than ever.” 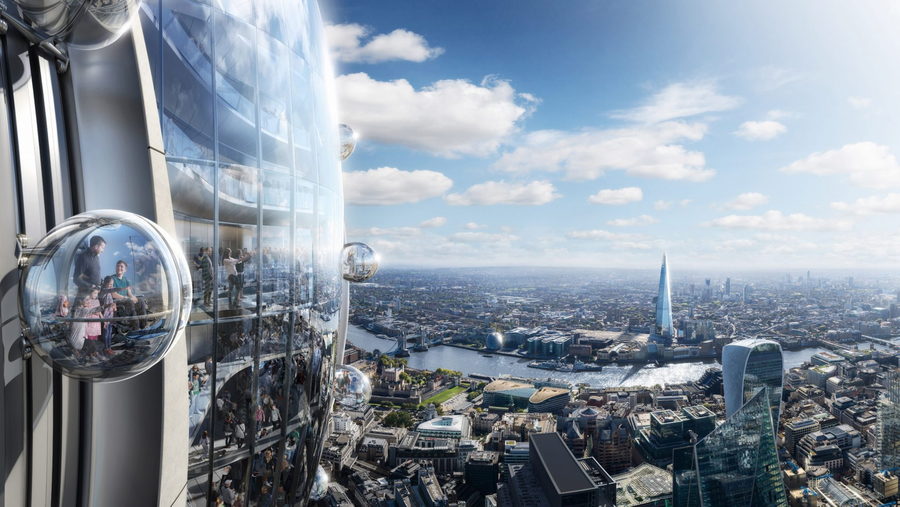 And a 2019 independent poll found that 69 percent of Londoners would consider the Tulip iconic to their city, with another 65 percent believing it would be an attractive addition to the local skyline.

But there are plenty of vocal detractors, too. Back in 2019, when Mayor Khan refused permission for the skyscraper, he said it “would result in very limited public benefit,” and that “the design is of insufficient quality for such a prominent location, and that the tower would result in harm to London’s skyline and impact views of the nearby Tower of London World Heritage site.” He went on to disparage the Tulip’s “unwelcoming, poorly designed public space at street level.”

Historical preservation organizations are also in opposition. “This building, a lift shaft with a bulge on top, would damage the very thing its developers claim they will deliver – tourism and views of London’s extraordinary heritage,” said Historic England CEO Duncan Wilson in April 2019. On top of this, eco-friendly groups have protested that the project’s natural resource cost would far outweigh the benefit of tourism. 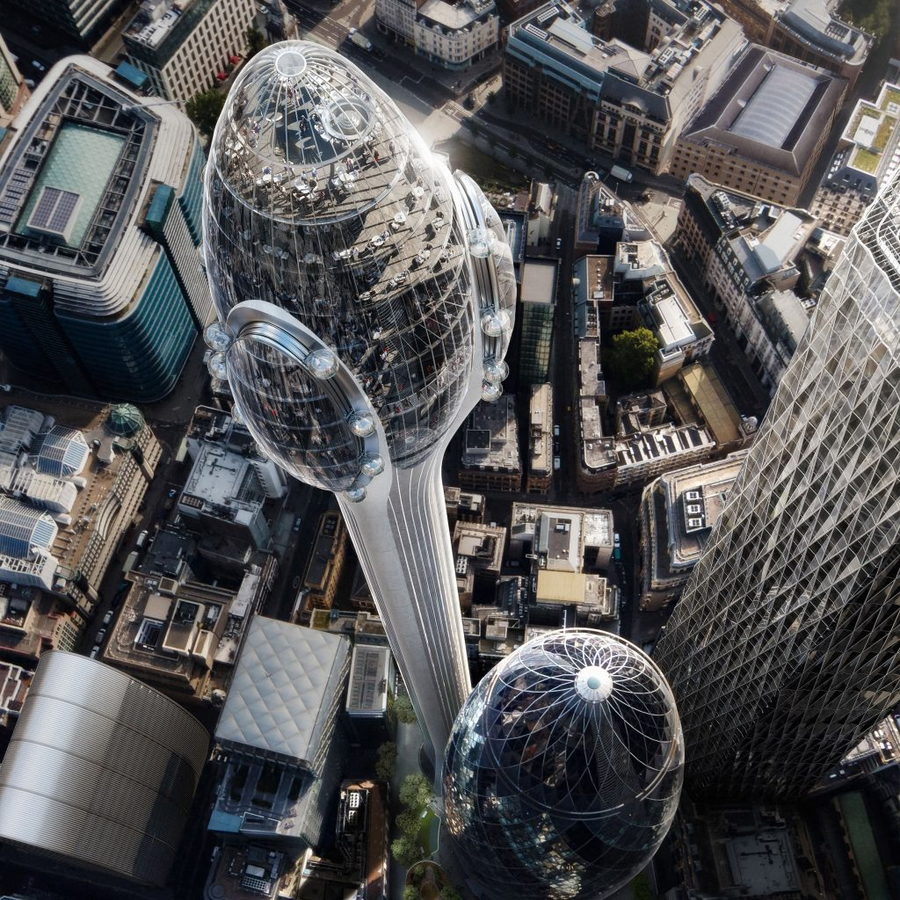 If the Tulip does move forward as expected, it will undoubtedly be revolutionary in its shape and construction, acting as a symbol of urban evolution while providing remarkable views of the city’s ever-changing landscape and culture.