Estonian rapper Tommy Cash posted a photo on Instagram in which he poses on a pillowy soft bread roll sofa, writing “So IKEA told me if we get 10,000 comments under this post they will release the ‘Loafa!’ Let’s show them that we need this for real.” The internet predictably went wild, and the post now has over 13,000 comments. Of course, it’s Photoshopped. The bread roll sofa design is the work of Canadian artist Gab Bois, who’s known as much for her surreal food-themed creations (like a purse made of croissants) as she is for fun beauty campaigns for brands like Gelcare. 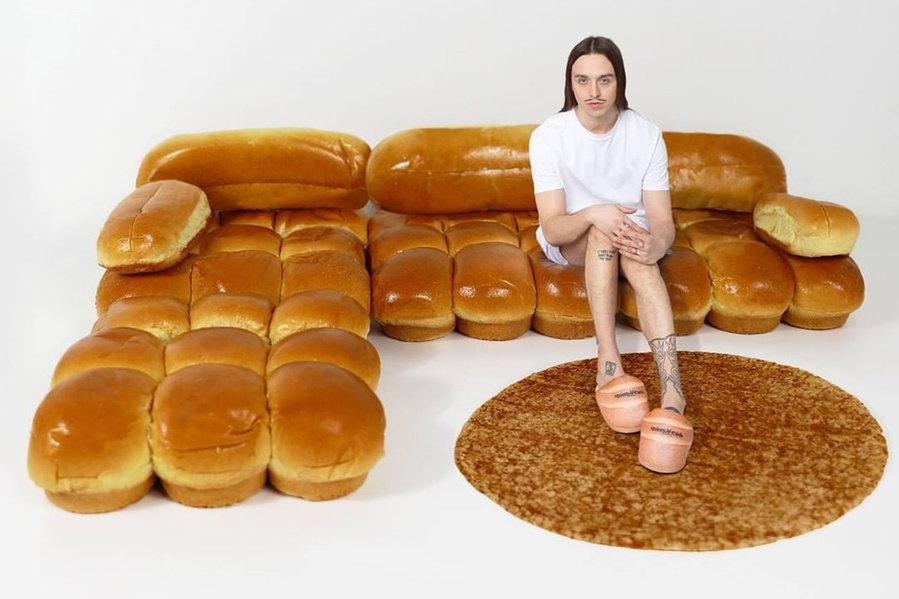 Bois originally posted the image, sans Cash, as a tongue-in-cheek tribute to Mario Bellini’s Camaleonda sofa, which was designed in 1970 and is now one of the world’s most influential pieces of modular furniture. But Cash went a few steps further by adding a faux IKEA label for the “Loafa,” and depicting himself wearing a pair of bread-roll slippers that are actually the product of his collaboration with Maison Martin Margiela. A blanket and rug made of tortillas complete the set. 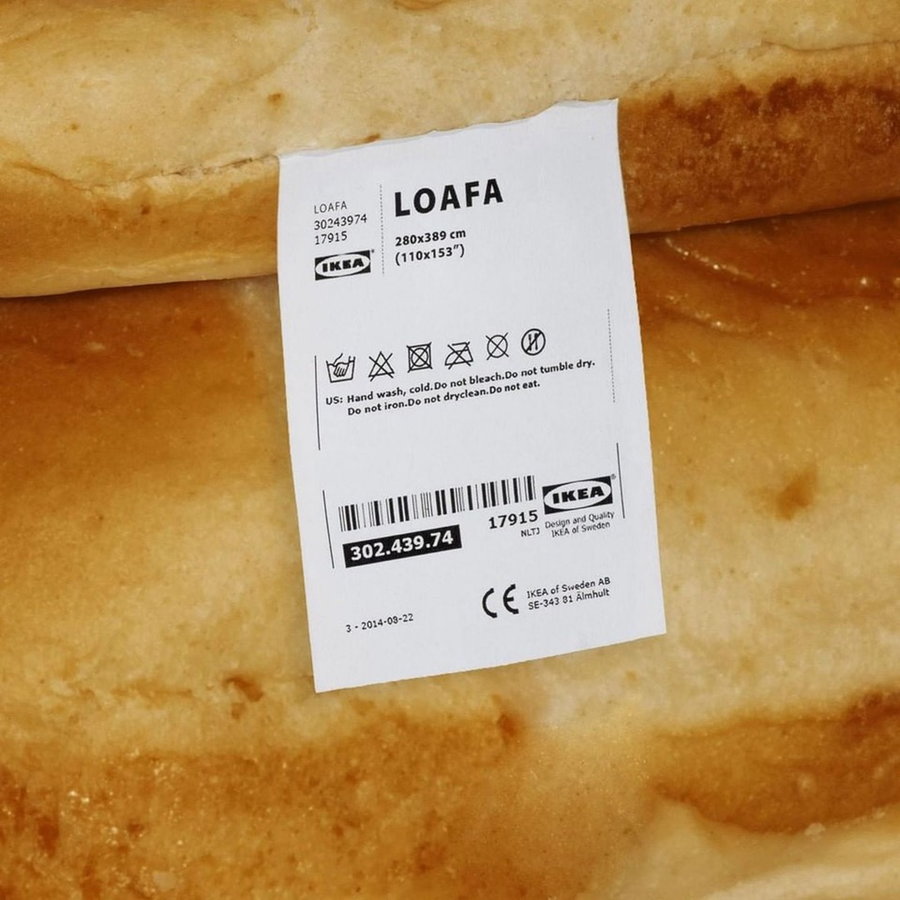 Soon after posting his Photoshopped image, Cash changed the caption to “LOAFA is coming to your nearest IKEA söön!” Given that IKEA has been known to make some weird stuff, we wouldn’t be too surprised if that was true. For the moment, however, IKEA’s global press officer Diana Lavrenova says “No one from IKEA was in touch with Tommy Cash. We don’t see the project as feasible.” Speaking to Dezeen, she even compared it to an experimental blow-up sofa the company released in the 1980s. “We tried air sofas once, which turned out to be a great mistake. Bun sofas seem to fit in that same airy category.” 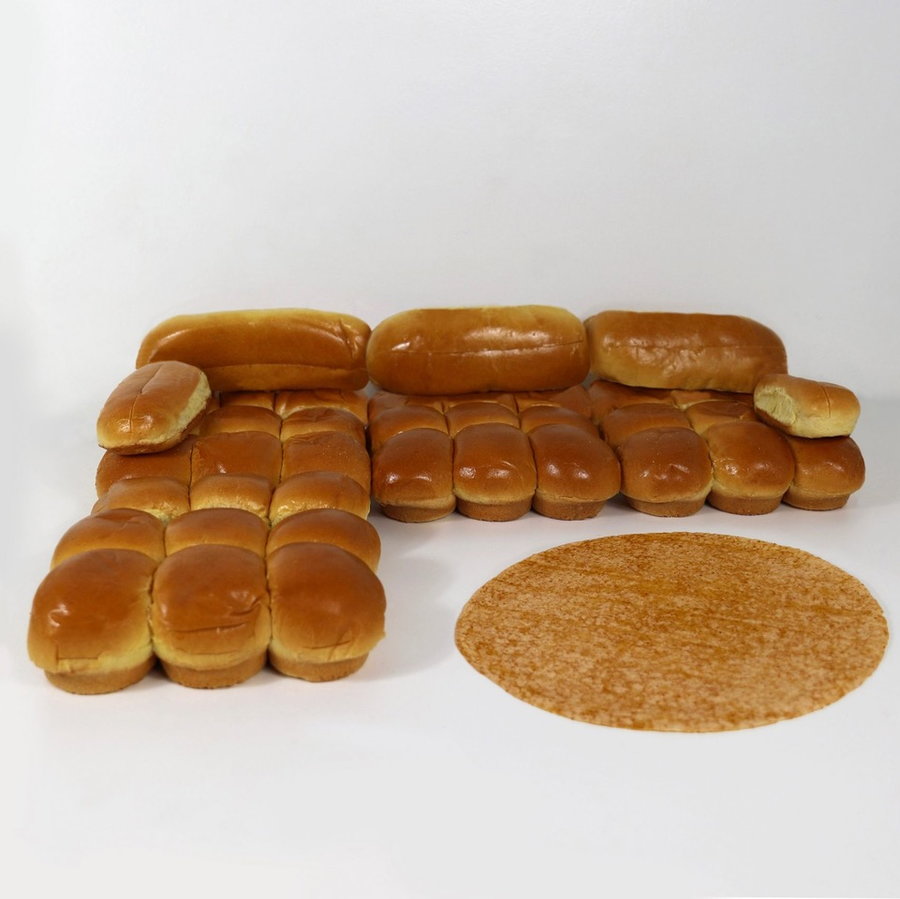 Disappointed? That’s understandable. One can imagine the actual sofa version of the image being so realistic that if you’re craving the sweet flavor of a Hawaiian roll, you’d be hard-pressed to stop yourself from diving into it head-first and going to town. Carb avoiders would have to avert their gaze while pushing their carts through the aisles of their local IKEA marketplace. 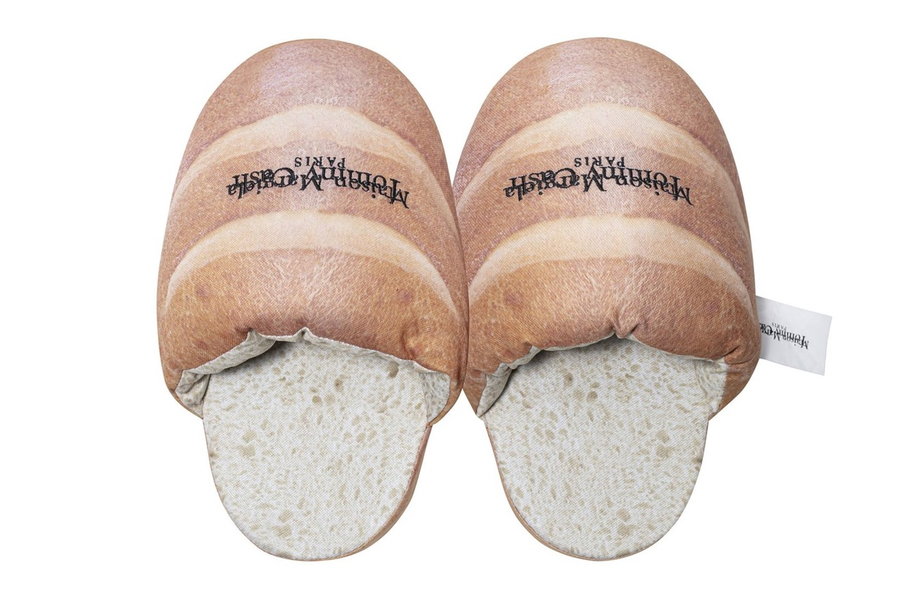 Of the original bread roll sofa design, Gab Bois explains: “I always like to play little tricks and illusions in my images, so I’m happy this one translated this well. I used brioche hamburger buns for the main cushions and brioche hot dog buns for the edges. Toothpicks that were hidden between each bun kept everything in place. It ended up being a literal representation of comfort food.” 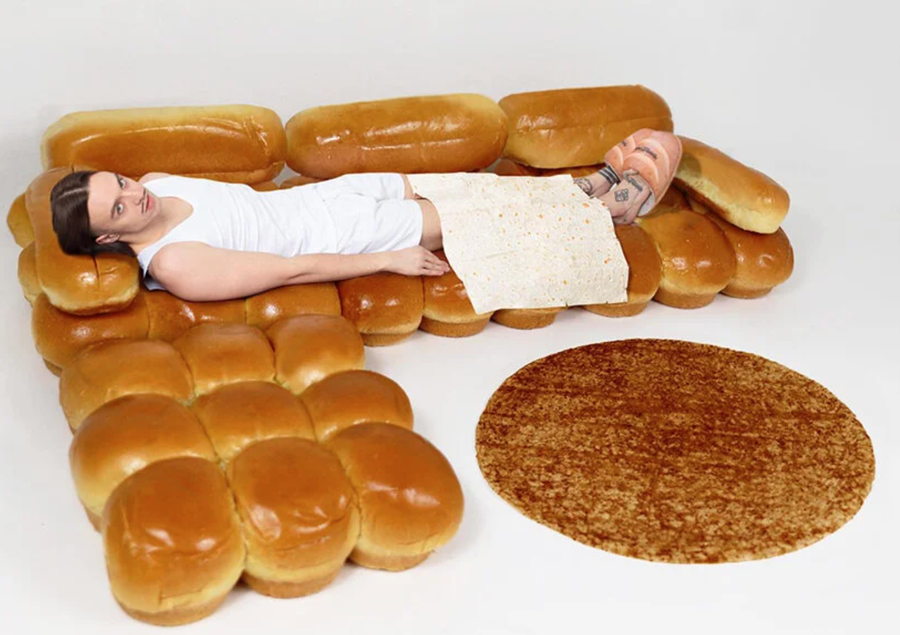 For his part, Tommy Cash knows how to grab the headlines with absurdist creations. His trompe l’oeil loafers really do look just like baguettes, and the Margiela collaboration also includes a pack of $14 instant noodles to “deliver the haute couture savor to quick meals with no need to leave the house.” Cash also designed “the longest shoe in the world,” a three-foot-long version of Adidas’ classic Superstar trainers. The bread theme came up with this creation, too, as social media users compared the shoes to Subway foot-long sandwiches.